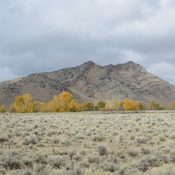 This peak is not in the book. The access section is updated by Livingston Douglas. Updated December 2019. 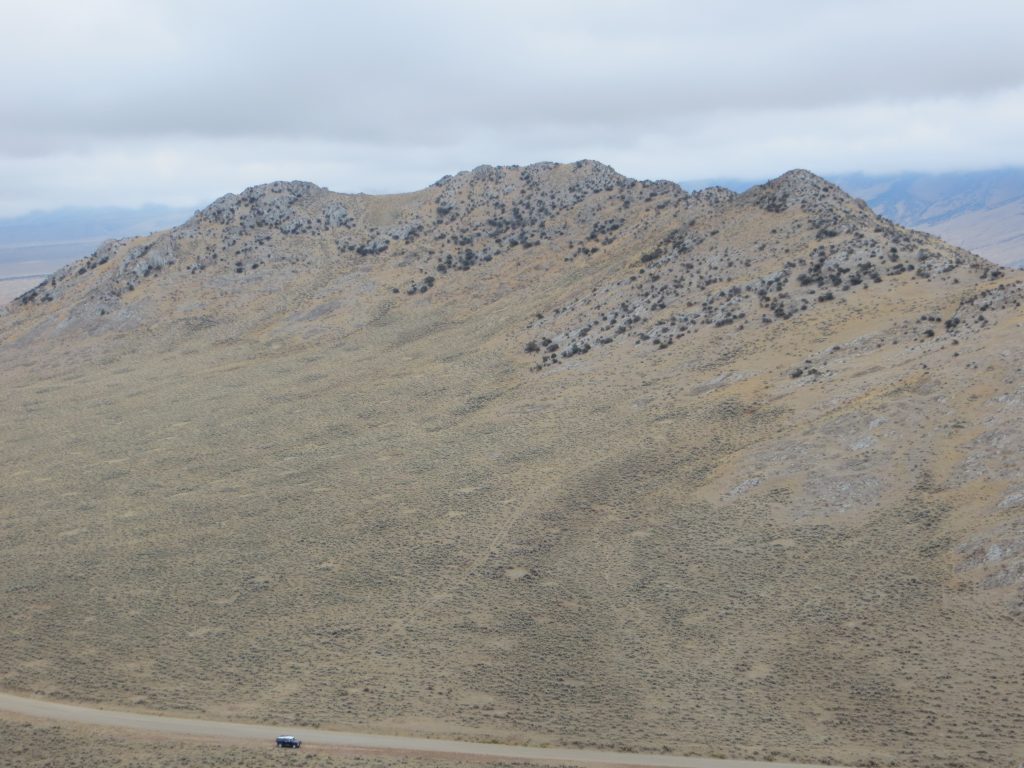 From US-93 north of Mackay, turn left/west onto [signed] Trail Creek Road. Drive 3.5 miles on Trail Creek Road to an unsigned junction [5975W, which you will discover later]. Turn right/north onto [unsigned] 5975W and drive 0.6 miles to a signed junction with 6000W/Anderson Road. Here is where you discover that you’ve been driving on 5975W! Turn left/west and drive 0.4 miles to a pass/saddle between North Chilly Butte and South Chilly Butte. Park off the road here (6,450 feet). This is the launching point for climbs of both buttes.

Climb the mellower terrain on the west side, aiming for the summit which is almost at the center of the butte. Footing is good and, in short order, arrive at the summit ridge. The actual summit is correctly shown on the List of John map (link below). However the only marker we saw for it was a downed pole. Enjoy the views of nearby buttes, the Thousand Springs area, the Lost River Range, the Pahsimeroi Range, and the White Knob Mountains. Round-trip stats: 1.1 miles with 478 feet of elevation gain round trip. 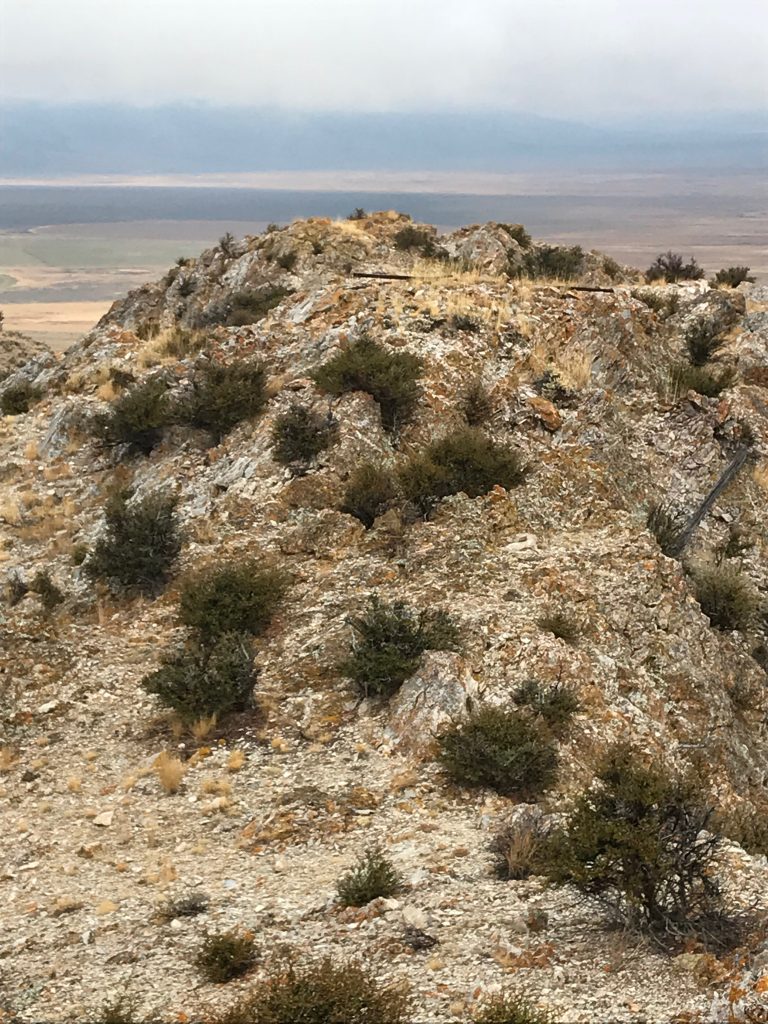 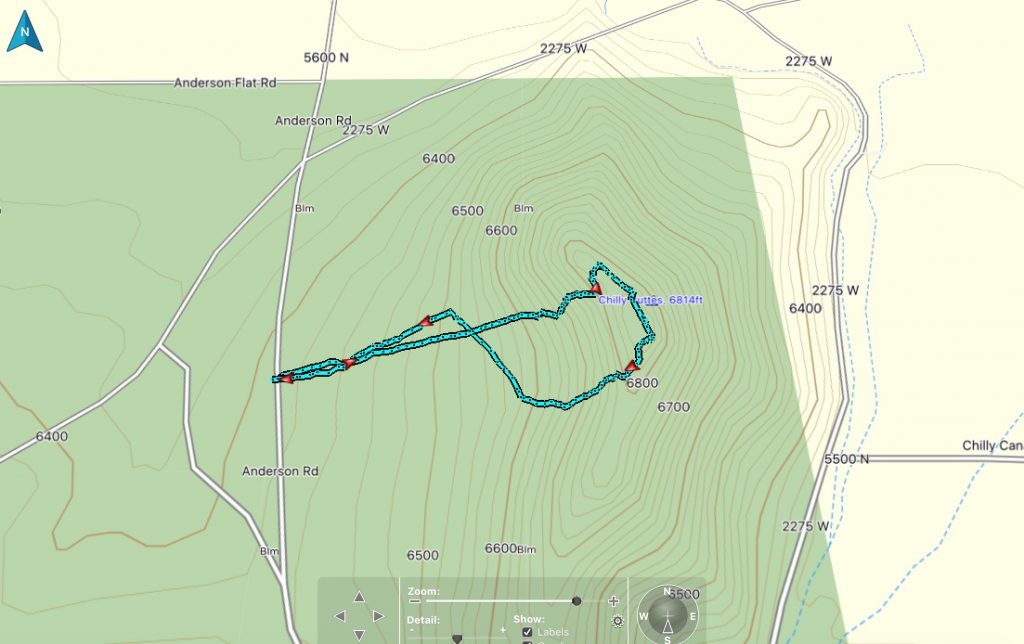 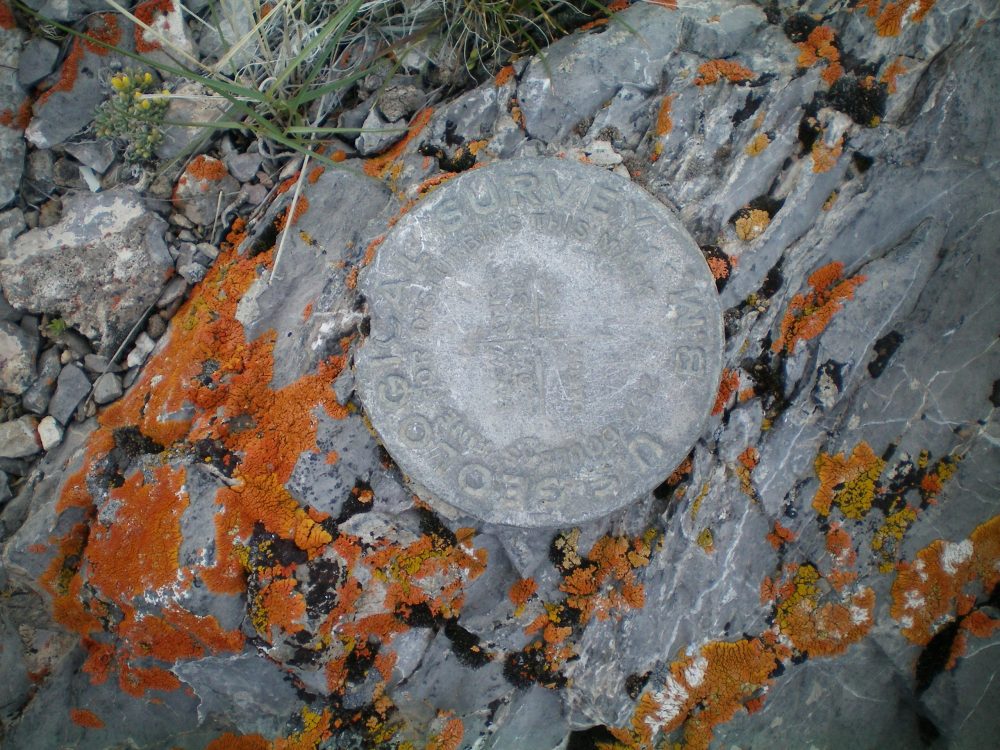 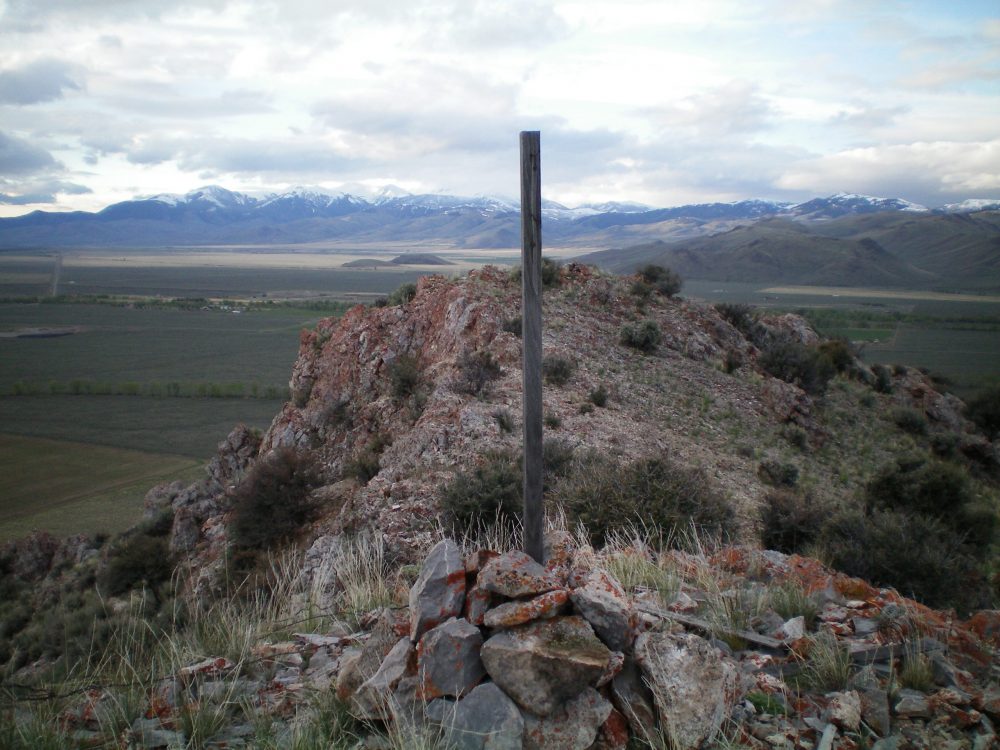