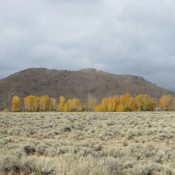 This peak is not in the book. The access section is updated by Livingston Douglas. Updated December 2019 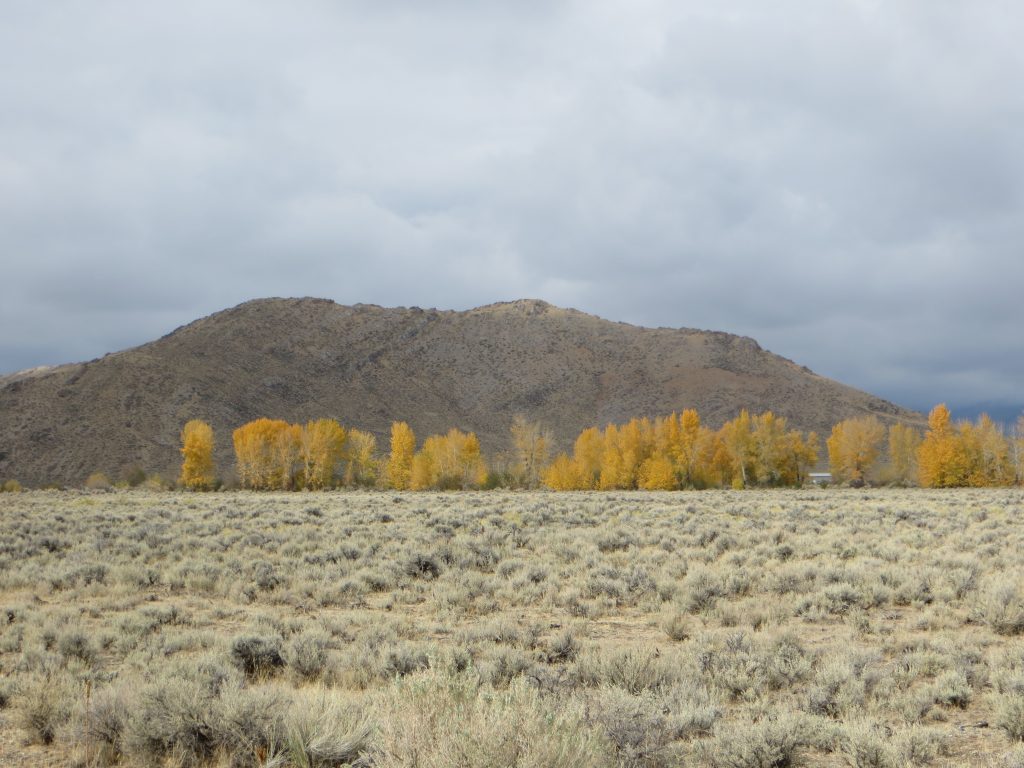 From US-93 north of Mackay, turn left/west onto [signed] Trail Creek Road. Drive 3.5 miles on Trail Creek Road to an unsigned junction [5975W, which you will discover later]. Turn right/north onto [unsigned] 5975W and drive 0.6 miles to a signed junction with 6000W/Anderson Road. Here is where you discover that you’ve been driving on 5975W! Turn left/west and drive 0.4 miles to a pass/saddle between North Chilly Butte and South Chilly Butte. Park off the road here (6,450 feet). This is the launching point for climbs of both buttes.

Climb straightforward terrain, staying west of the small rock outcrops, from Anderson Road directly to the summit area. The actual summit is obvious. There is no marker, register, or summit cairn. This is the steepest approach on the butte, but it is short, footing and route visibility are good, and the climb is obtainable by most fitness levels. Trip stats: 0.6 miles with 283 feet of elevation gain round trip. 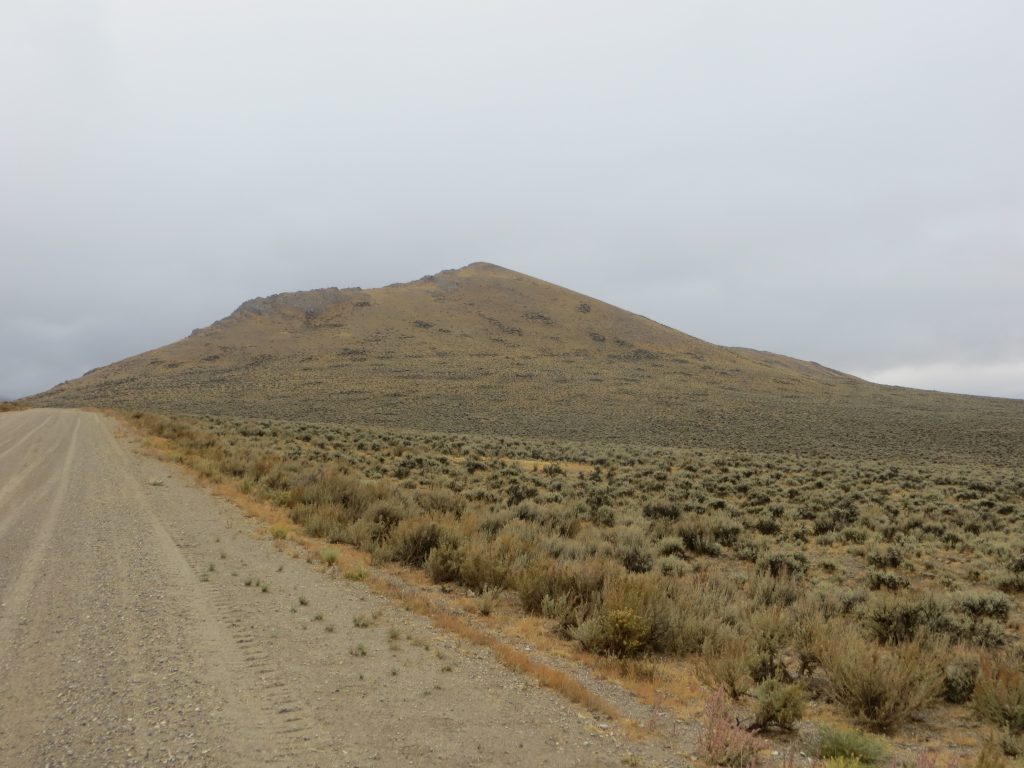 The GPS track below shows the mellower, but longer (approximately 1 mile), west and south side climbing options. 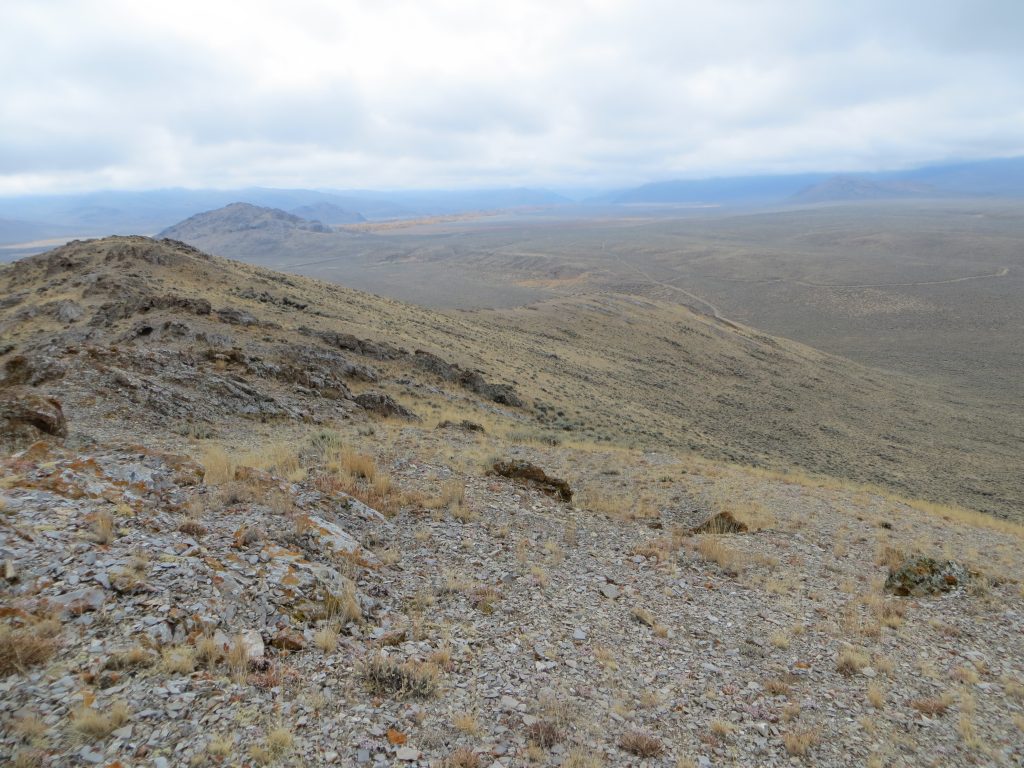 Looking down the southwest ridge approach from the summit. Steve Mandella Photo 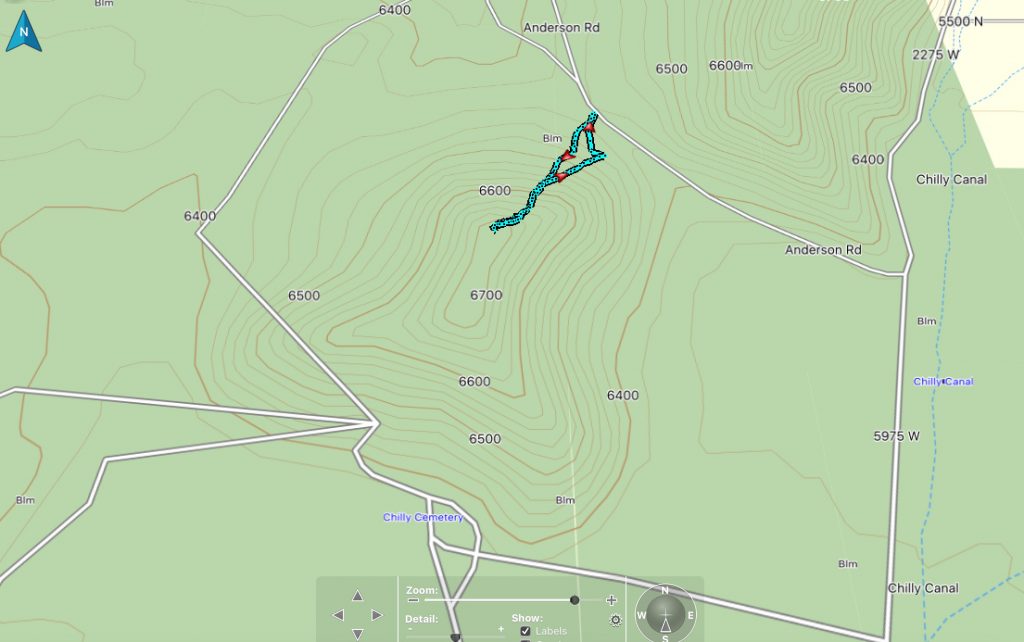 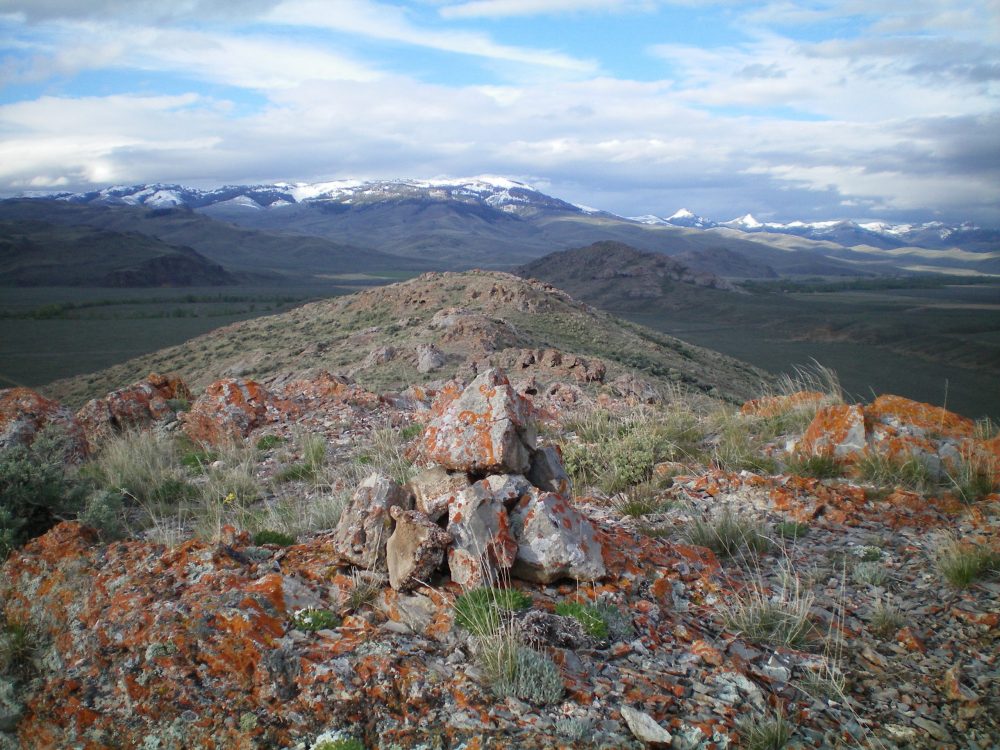