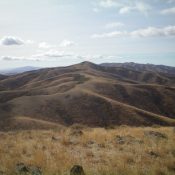 This peak is not in the book. Livingston climbed this peak via a long ridge walk. For a shorter climb, see Rick Baugher’s trip report which is outlined below. Updated November 2020

North Hansel Mountains HP is located south-southeast of Holbrook, Idaho on the west side of Pocatello Valley and several miles south of ID-38. It can be climbed via its LONG north ridge from ID-38 with Peak 6774 bagged along the way. The hard work is getting to the top of Peak 6774. From there, it is a two-mile cruise southward on magnificent open terrain to North Hansel Mountains High Point. The summit looks pyramidal when viewed from the north (see photo). The peak has a whopping 1,646 feet of prominence. USGS Co-op Spring 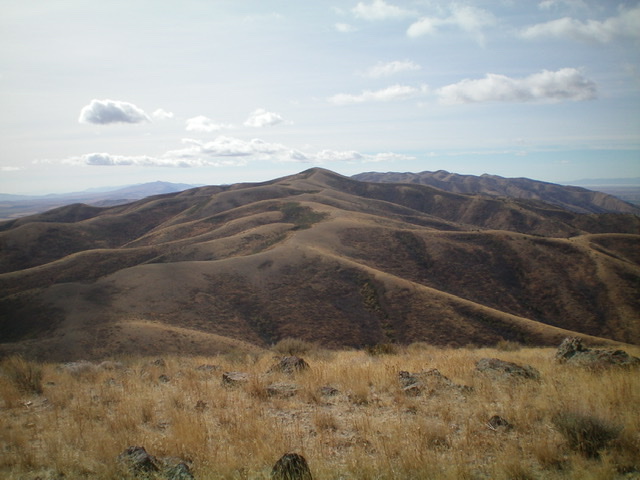 North Hansel Mountains HP as viewed from Peak 6774 to the north. The two-mile connecting ridge has an old 2-track road covering most of it. Livingston Douglas Photo

From the 6,260-foot connecting saddle with Peak 6774, follow an old 2-track jeep road along the ridge crest all the way to the summit of North Hansel Mountains HP, with a few more ridge wiggles and humps to contend with. The summit has a large cairn and magnificent views. It is most certainly the high point on this ridge. 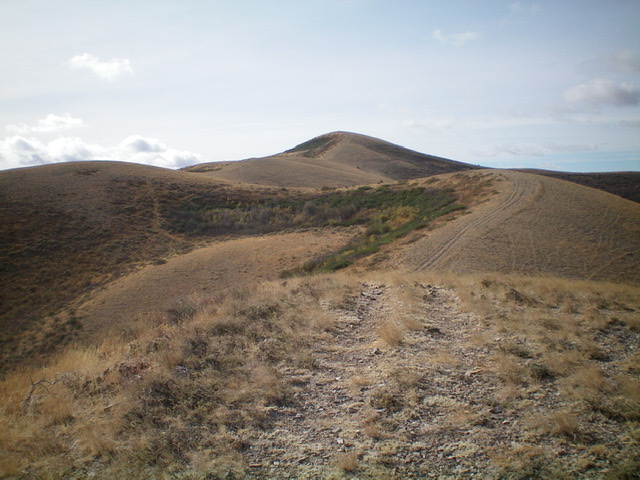 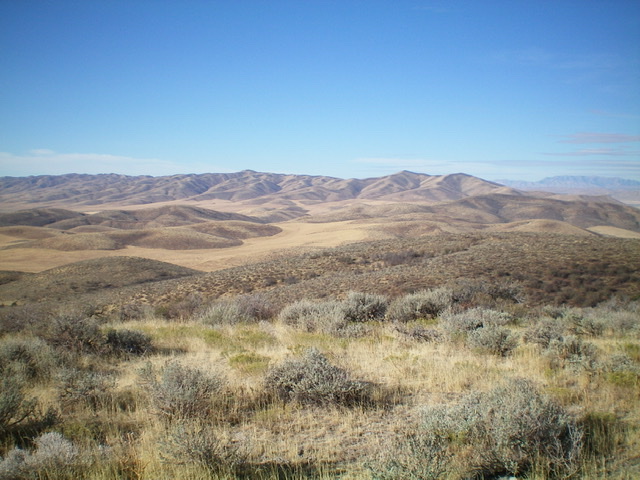 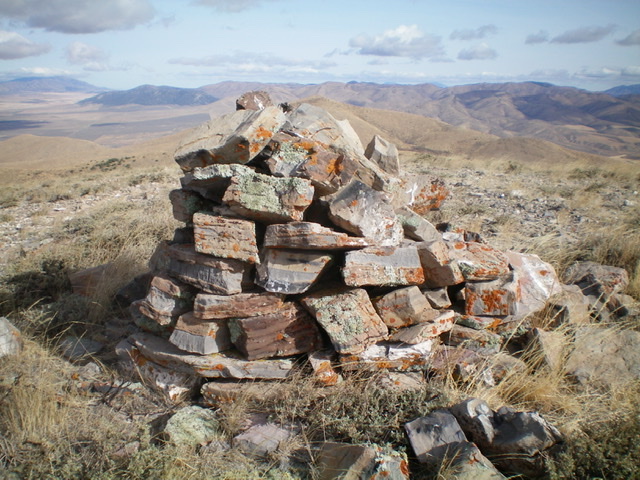 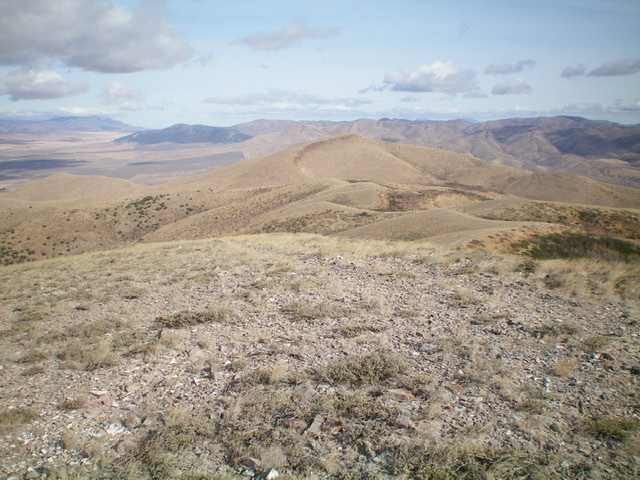 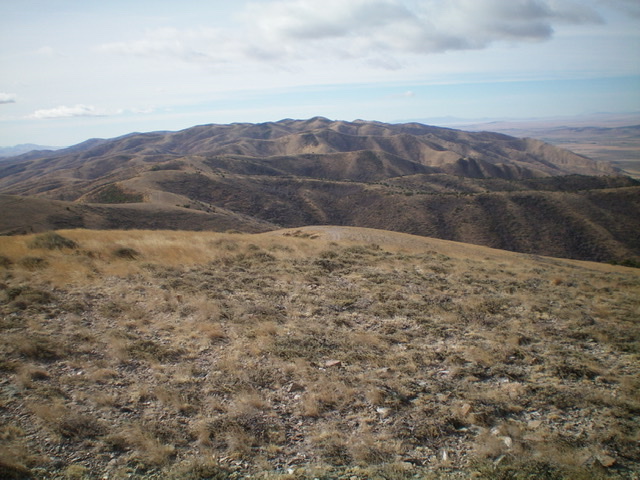