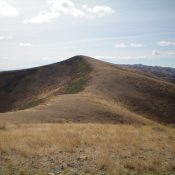 Peak 6774 is a ranked hump on the north ridge of the North Hansel Mountains HP (6,919 feet). The easiest ascent route is from US-38 via the north ridge. Climb Peak 6774 in combination with the North Hansel Mountains HP (only two miles away) for a magnificent ridge traverse. It also avoids private land issues in the Pocatello Valley (to the east) and a LONG ridge traverse from the south. This two-peak adventure covers 11.0 miles with 3,625 feet of elevation gain round trip. But don’t do it on a windy day. USGS Sheep Creek Spring 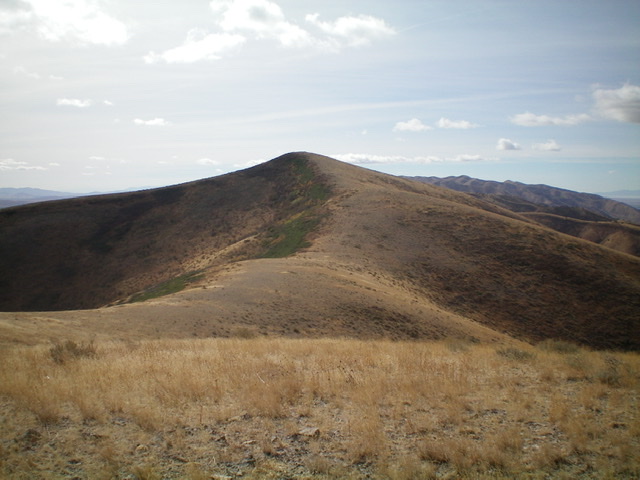 Peak 6774 as viewed from the north along the ridge crest. Livingston Douglas Photo

From the [signed] junction of ID-38 and Arbon Valley Road (a few miles east of Holbrook, ID), drive east on ID-38 for 0.4 miles to an unsigned spur road on the right/south side of the highway. Park near the base of this dirt road (5,020 feet). From here, you can easily access the north ridge of Peak 6774 and remain on BLM land the entire way.

Scramble steeply up the rounded northwest spur to reach Point 5807. From there, follow the broad ridge southeast then south to a 5,700-foot saddle on relatively easy, open scrub. Continue south up a brushy face (not too bad) to reach Point 6083. Drop slightly to a minor saddle then follow the ridge southwest on easy, open scrub/grass to reach the top of Point 6664 (large cairn here). The ridge turns south here and drops to another saddle (6,500 feet). Scramble south up the ridge to the summit of Peak 6774. The summit of Peak 6774 has a large cairn and a red fire hydrant (a real one, not a  plastic imitation). 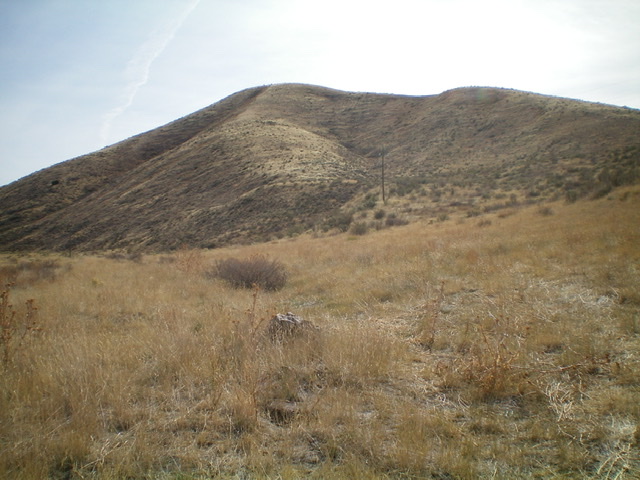 Looking at the scrub shoulder (left of center) that leads up to Point 5807 and the northwest spur of the north ridge of Peak 6774, as viewed from the spur road along ID-38. This is where the adventure begins. Livingston Douglas Photo 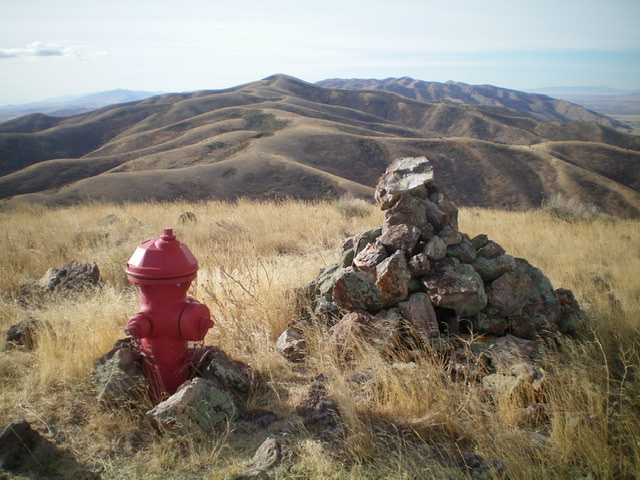 The red fire hydrant (a real one) and summit cairn atop Peak 6774, looking south. North Hansel Mountains HP is the pyramidal-shaped summit in the distance (left of center). Livingston Douglas Photo