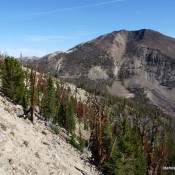 Climbing and access information for this peak is on Pages 132-133 of the book. Updated by Livingston Douglas November 2021 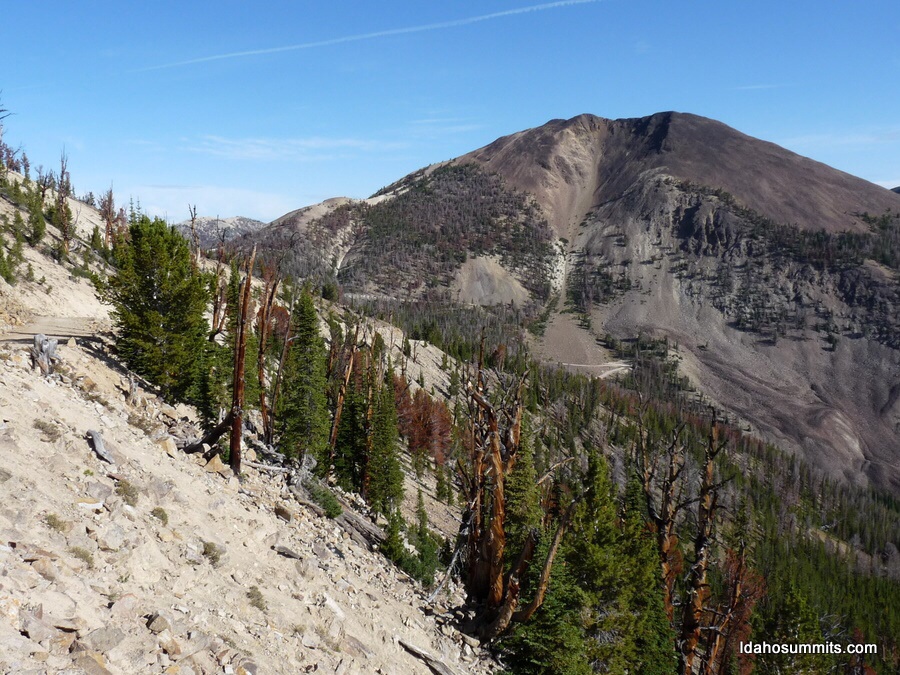 From US-93 at the north end of Challis, turn left/west onto [signed] Clinic Avenue. Follow Clinic Avenue as it goes west briefly, then jogs north briefly, then heads west to a “T” junction with [unsigned] Challis Creek Road. This junction is 0.4 miles from US-93. Turn right/north onto Challis Creek Road and drive 9.7 miles to a signed junction. Go left for Mosquito Flat Reservoir (7 miles) and go straight/northwest for Bear Creek Road and Twin Peaks. Go straight here.

This road heads northwest briefly then turns sharply left/southwest to cross some private property and reach the Bear Creek drainage. The road bends right-ish/west to follow Bear Creek upstream. It is labeled as “Sleeping Deer Road.” From the signed junction on Challis Creek Road, drive 7.8 miles on Sleeping Deer Road/FSR-086 to the old Twin Peaks Guard Station. Park here (8,930 feet). The guard station is just below a “T” junction. 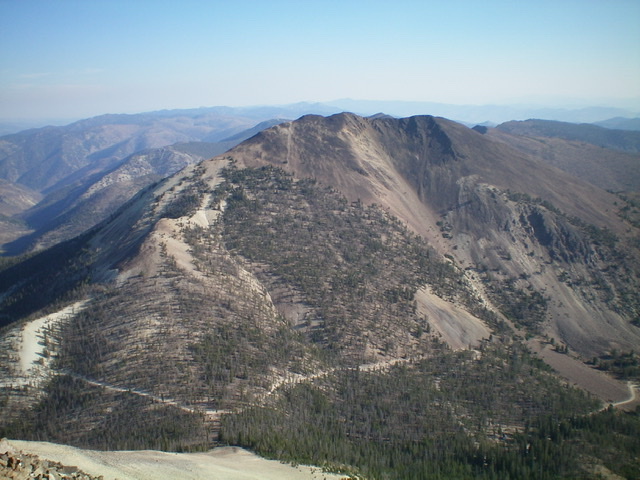 From the 9,183-foot saddle, bushwhack north up through open pine forest with a loose gravel/sand base with some scree mixed in. Higher up, the trees become scattered and the terrain is mostly loose gravel. Skirt the right/south side of Point 9650 to reach a minor saddle. From the saddle, scramble up another steeper, looser section of open pine forest to reach the open, rocky terrain above. Work your way up talus slopes and over/around ridge outcrops to approach the northwest summit. Scramble up a steep-ish talus slope to reach the northwest summit hump.

Descend about 20 vertical feet to a minor saddle then scramble southeast up more talus to reach the well-cairned summit of North Twin Peak. The summit offers nice views of White Valley Mountain (9,981 feet) to the north and South Twin Peak (10,340 feet) to the south. Return to the 9,183-foot connecting saddle with South Twin Peak to complete the first leg of today’s 2-peak journey. South Twin Peak is up next. 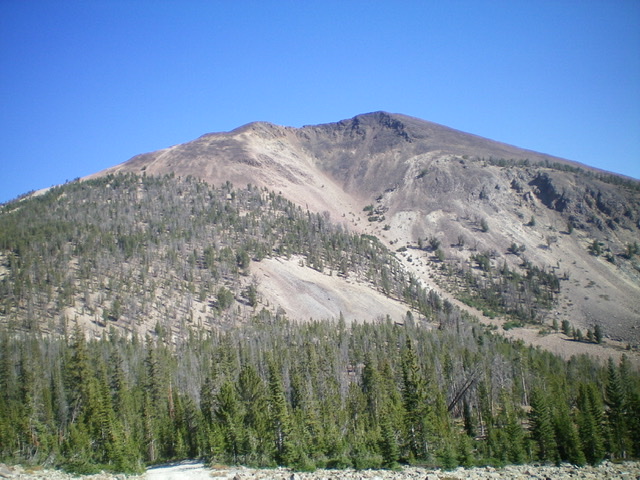 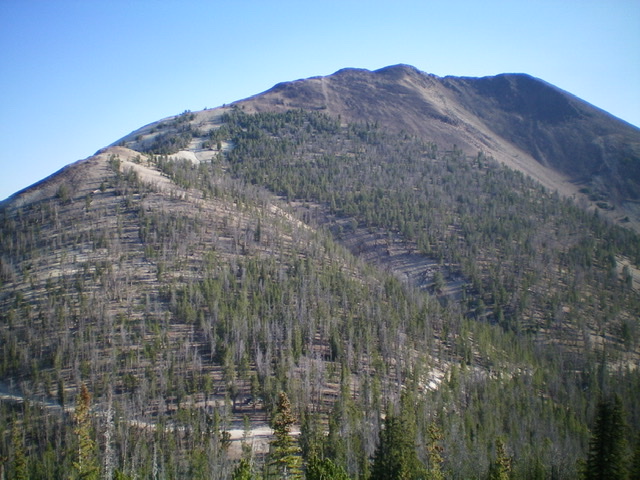 The South Ridge Route on North Twin Peak starts at the lower left of the photo (at the pass) and bends right as you climb. The summit hump is just right of center and just left of the south gully. Livingston Douglas Photo 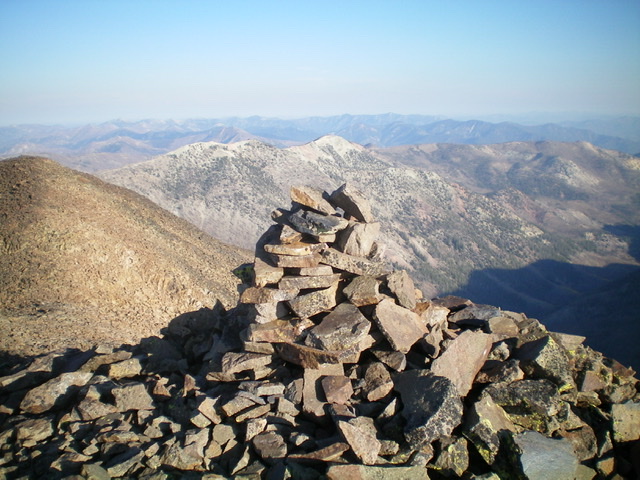 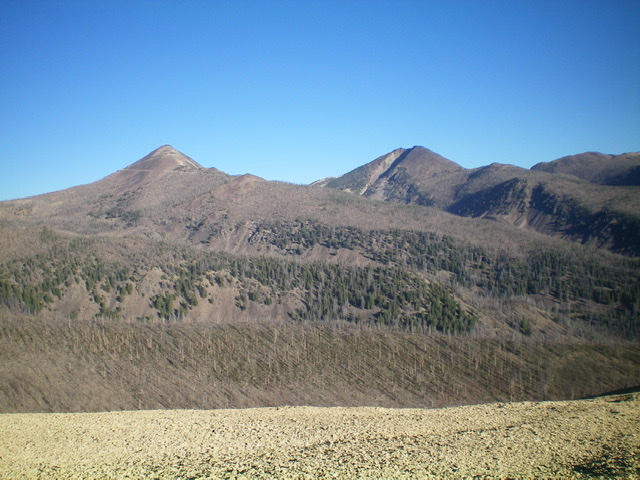 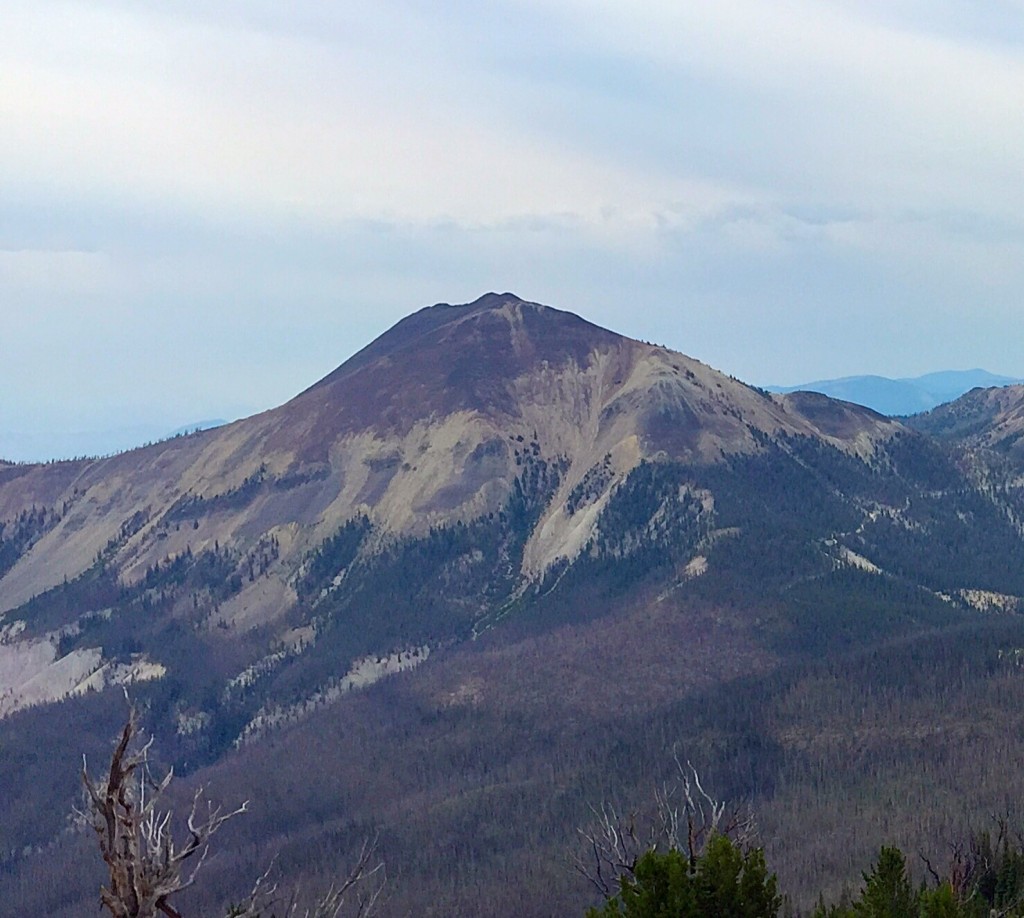 North Twin Peak as viewed from the west.