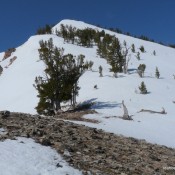 Climbing and access information for this peak is on Page 202 of the book. Livingston Douglas has provided a more detailed description of the route found in the book. Updated November 2022 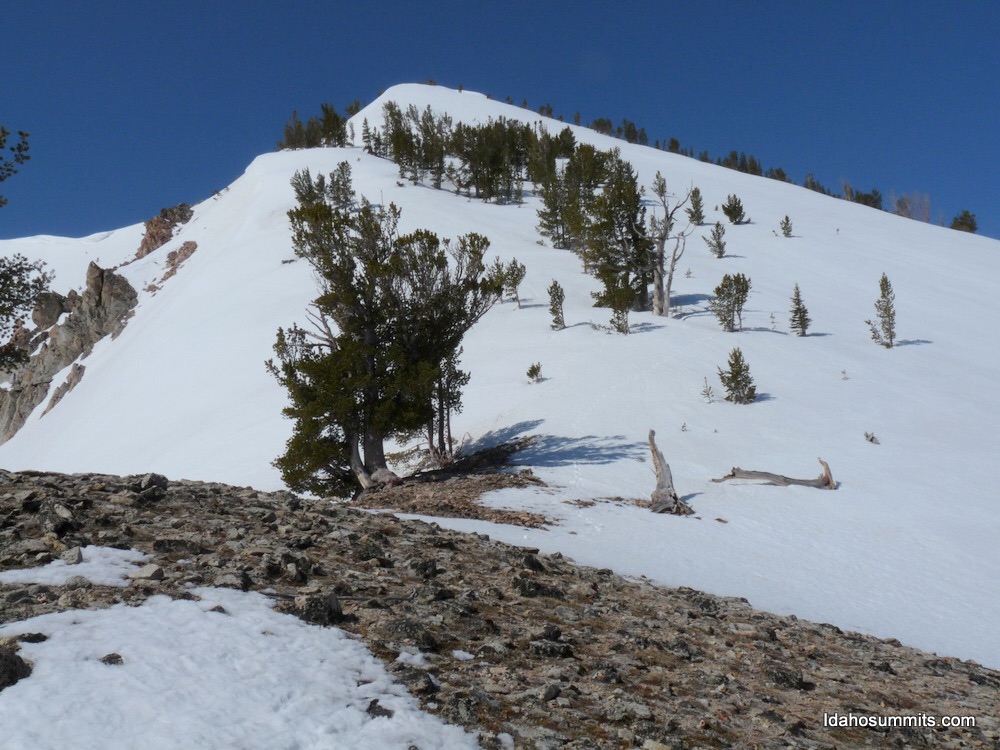 Incredibly, the USGS topo map fails to show any of the well-beaten Cabin Creek Trail to Lake 8811. 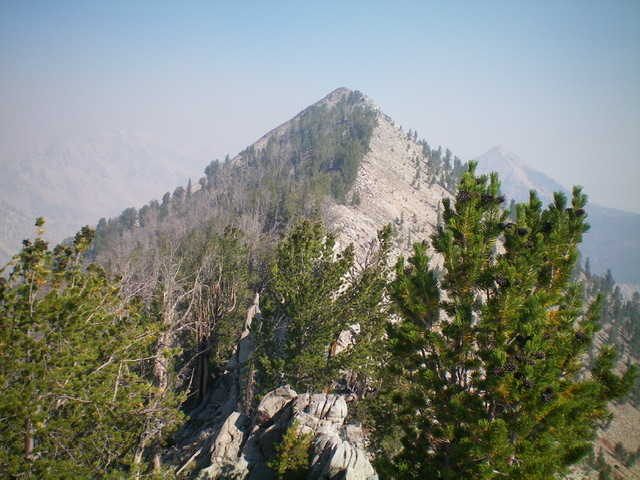 Peak 10027 and its south ridge (my ascent route) as viewed from Point 9889. Livingston Douglas Photo

From the 9,580-foot connecting saddle with Peak 9997, scramble northeast up a ridge with pines on the ridge crest and loose scree on its sides. Climb up over Point 9889. Point 9889 is a rocky ridge point with ridge pines nearby. From Point 9889, descend north on the right/east side of the pine-clogged crest to a minor saddle. From the saddle, scramble up the right/east side of the ridge crest to reach the open, narrow, rocky summit of Peak 10027. The final push to the top is mostly on the ridge crest. The summit has a modest cairn with a tree branch stuck in it. 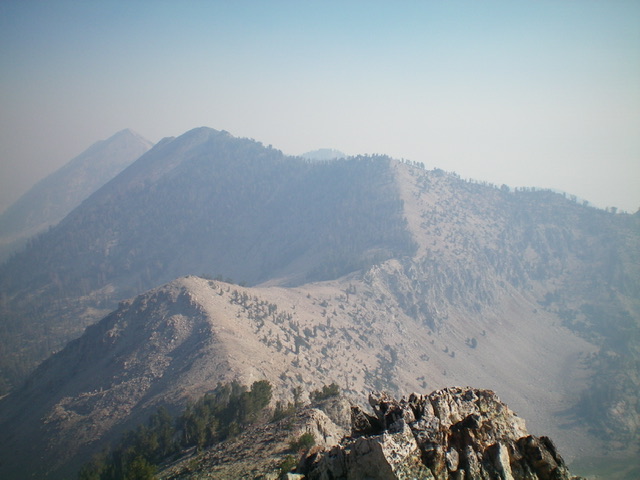 Peak 10027 (summit is left of center) and its meandering connecting ridge with Peak 9997, as viewed from the summit of Peak 9997 on a very smoke-hazy day. The Ross Fork Fire was raging just to the south. Livingston Douglas Photo

From the summit, descend the steep, loose talus/scree on the east face just north of the summit, where it is manageable. This initial portion of the descent is very steep and loose. Proceed down it slowly and use great care to not lose your footing. Partway down, move right/south onto a forested rib that has steep, but more stable, rock to downclimb (Class 2+). When the rib peters out, descend a steep-ish shoulder right/south to reach flatter terrain on a bench that is situated above a small tarn. From the bench, descend a steep, rocky gully to reach the tarn then follow its [dry] outlet drainage down a steep-ish, forested area to reach flatter terrain below.

Continue east down past more dried-up tarns and even a large, wet meadow with multiple streams meandering through it. By about 8,400 feet, all of the streams come together and the main drainage/stream begins. Follow the right/south side of the stream on a forested shoulder and scramble over or around blowdown as necessary. It seems to take forever to reach the toe of the shoulder and its intersection with the Cabin Creek Trail. Once on the trail, follow it for about 1.8 miles back to the trailhead. 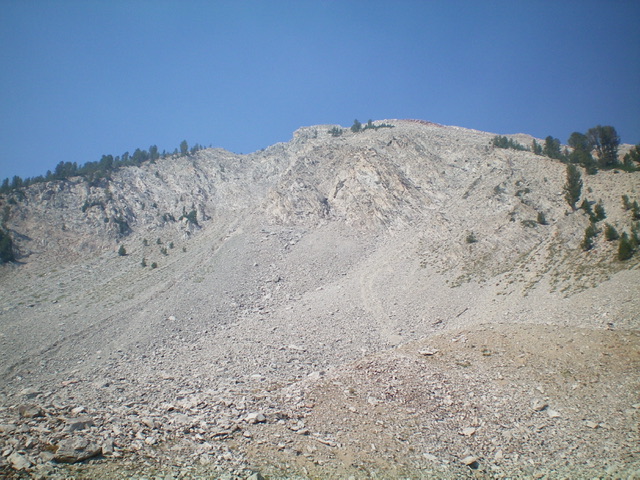