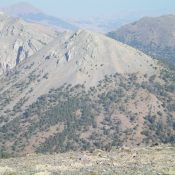 Peak 10077 is a minor hump (albeit a ranked summit) that is overshadowed by its rugged neighbor to the northwest, Dianes Peak (10,404 feet). It sits on the Continental Divide above the headwaters of Willow Creek (ID). Peak 10077 has a very steep north face and is most easily climbed via its northeast face from a saddle that it shares with nearby Reentrant Peak (10,100 feet). USGS Eighteenmile Peak 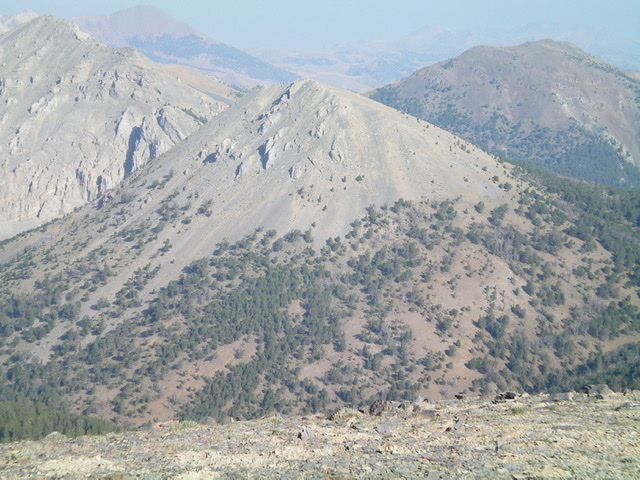 Peak 10077 (center) as viewed from the southeast. Dianes Peak (10,404 feet) is at the far left. Livingston Douglas Photo

Same as for Reentrant Peak. This is the final leg of a three-peak adventure that includes Reentrant Peak (10,100 feet), Peak 10340, and Peak 10077. All three of these ranked summits are on the Continental Divide.

From the 9,500-foot connecting saddle with Reentrant Peak, scramble southwest up scree and tundra/broken rock (forested initially) to reach the small, rocky summit of Peak 10077. I rebuilt the torn-down, black rock cairn on top. Enjoy the magnificent view of nearby Dianes Peak and the torturous ridge that connects them.

From the summit, descend the northeast face/ridge briefly then, as soon as it appears, follow the north shoulder downward. The shoulder is initially in open terrain then easy, open forest with well-beaten elk trails. The north shoulder flames out at 9,200 feet, so move right/east at 9,300 feet into a dry, open gully. Follow the easy gully down to a flatter, forested area where the dry gully goes wet. Continue to follow the gully until it narrows and has lots of blowdown. Then move left/west up onto an open sagebrush shoulder that is nearby and shows up on the USGS topo map at about 8,700 feet.

Hike along this shoulder north as it follows the left/west side of the gully until the shoulder ends with a steep descent to the creek drainage on a truly MAGNIFICENT elk trail. Follow elk trails near the creek all the way down to an area of open, grassy meadows. When the drainage begins to narrow and steepen, move left/west up an elk trail that follows the drainage on a steep hillside. As you approach the Nicholia Creek valley floor, drop right/east on a cattle trail through a patch of forest to reach the flat, open terrain along Nicholia Creek. Find the CDT here (look for a tall post with a CDT sign on it) and hike 1.8 miles down the CDT to the Nicholia Creek trailhead. 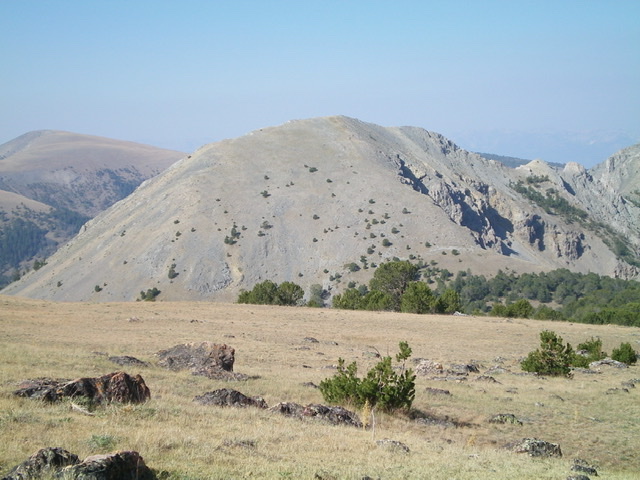 Peak 10077 as viewed from the northeast. Livingston Douglas Photo 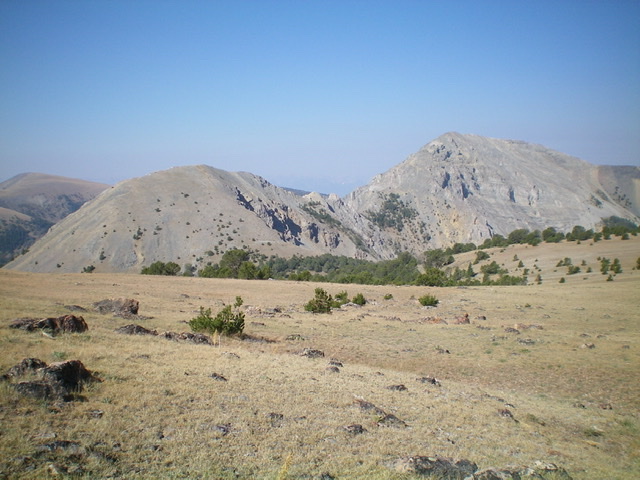 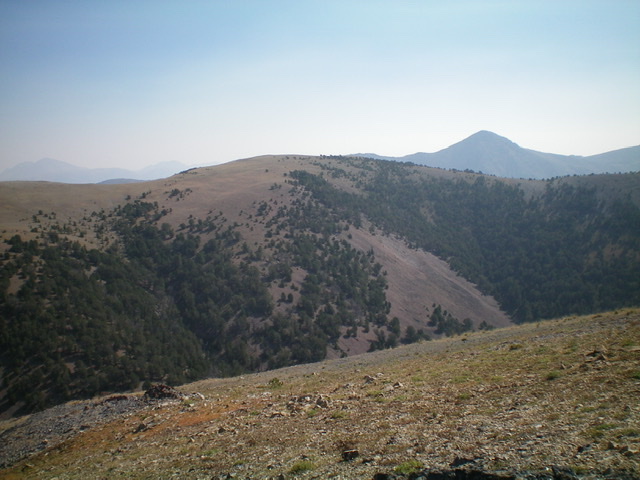 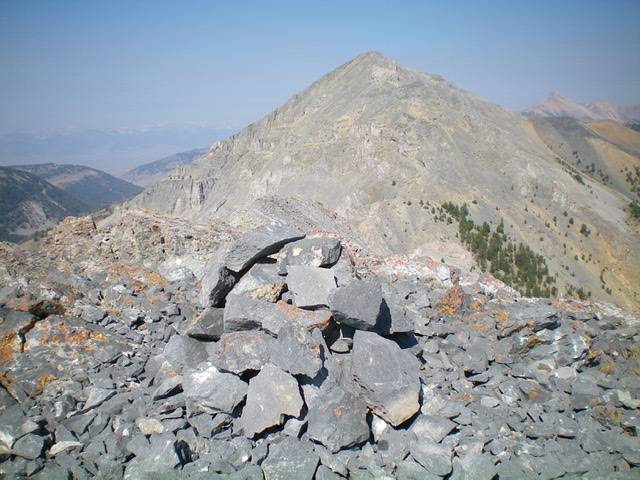