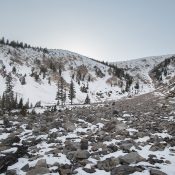 This peak is not in the book. The elevation has been updated to 10,220 feet.

Liberty Mountain is located due east of ID-28 at Gilmore Summit and east of Meadow Lake. Based on my observations, I believe that the peak can be climbed via its North Slopes from Meadow Lake, but the only reported climb I have is by Larry Prescott who climbed the peak from the east. Larry’s East Face Route is summarized here and a link to his site is provided below. USGS Gilmore

Larry accessed the East Face via a 4WD road that is found just north of Silver Moon Gulch. This road ends approximately a mile from the summit. Larry reported:

“The path to the East Face of Liberty Mountain follows a well-defined creek bed. The going was easy without much brush. Soon the forest gave way to an open slope of rocks leading to the ridge of the mountain. I followed the ridge straight to the summit.” 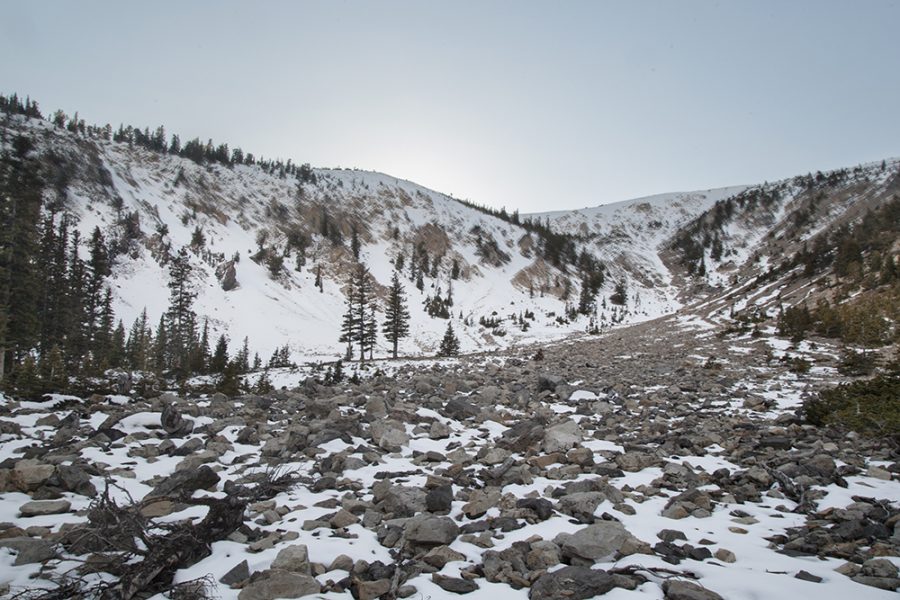 “The upper part of the steep ridge was a bit difficult. Deep snow made for slow going. I inched my way to the top, carefully crossed solid ice to open rocks, and then made for the summit.” 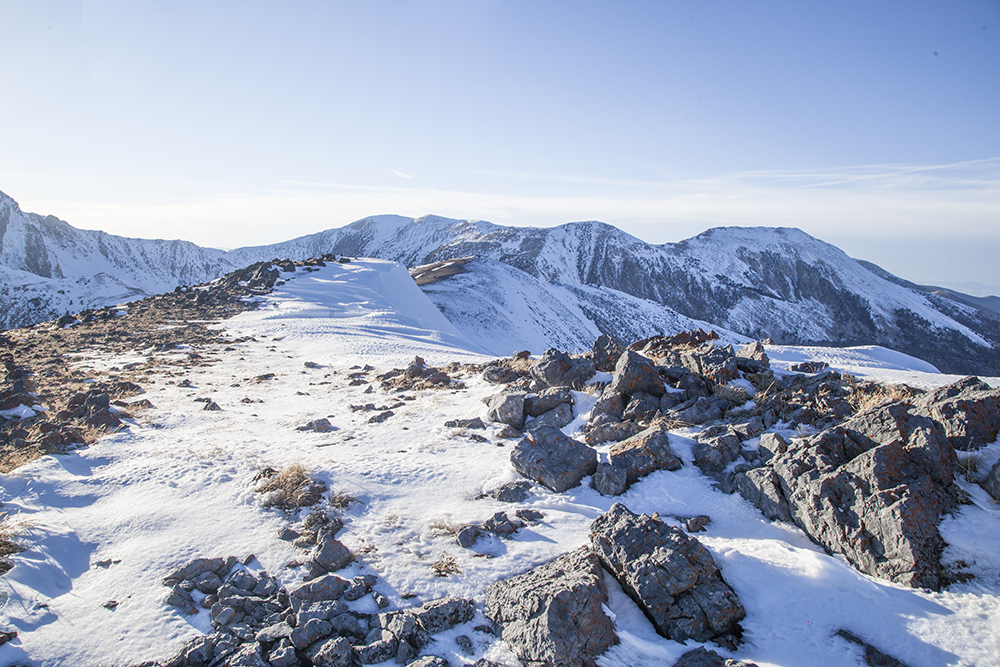 The view from the summit. Larry Prescott Photo 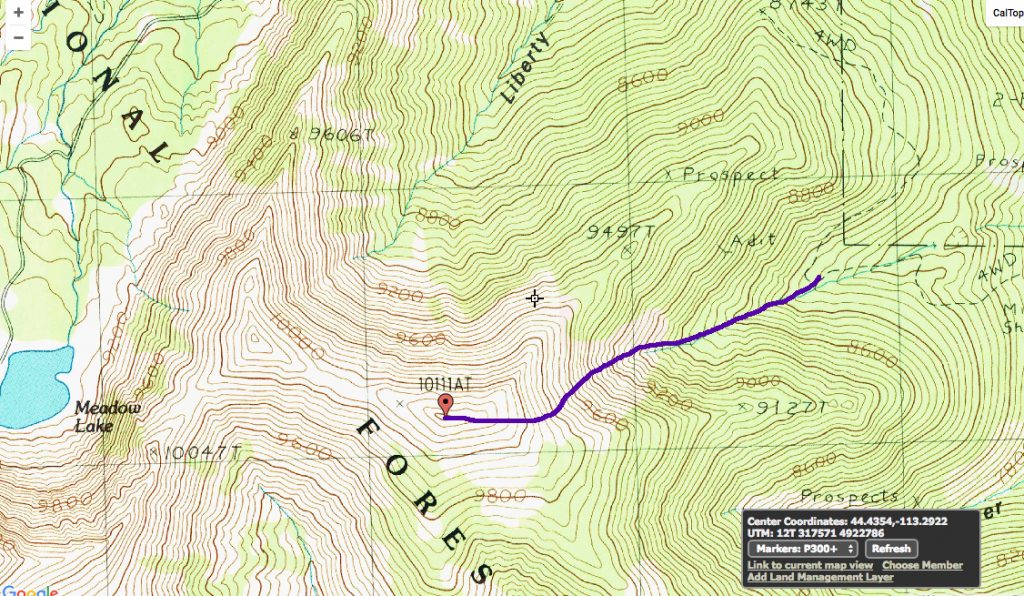