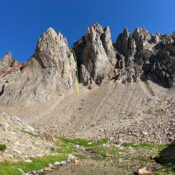 This peak is not in the book. This intriguing summit was finally climbed on August 21, 2022 by Derek Percoski and Daniel Todd. Published August 2022

Naturally, East Thompson Peak is located due east of Thompson Peak. The peak is a conglomeration of broken towers. USGS Stanley Lake 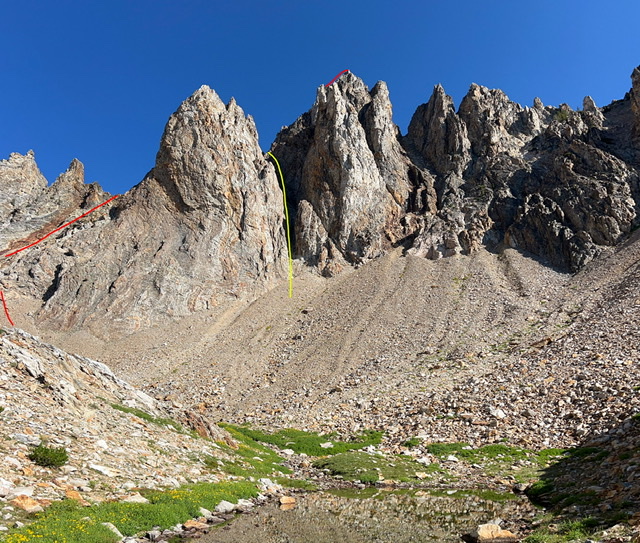 Take the Fishhook Creek Trail [(A)(6)(d) on Page 207]. The trail ends abruptly and you must bushwhack another 1.5 miles west before climbing your way up into the basin below the south face.

The general goal is to reach the west side of the summit block. The route is anything but straightforward. Expect serious route-finding challenges and several short low-5th-class sections no matter which way you go. Many of these are difficult to protect. We ascended the red path and descended the yellow path. The crux for both happened to be a chimney with an overhung chockstone. The yellow line is the most direct path to the summit, but I can’t speak of how difficult its crux is to ascend since we only descended it. This is not the next classic Sawtooth peak. Be prepared for a serious adventure!

There is also a couloir leading directly to the summit block on the north face. You pass over the top of it just before summiting but looking down the north face gully there’s no way to tell how difficult it is. That would eliminate bushwhacking from the approach (using the Williams/Thompson climbers’ trail), but a route up the north face would be experimental so you’re on your own. 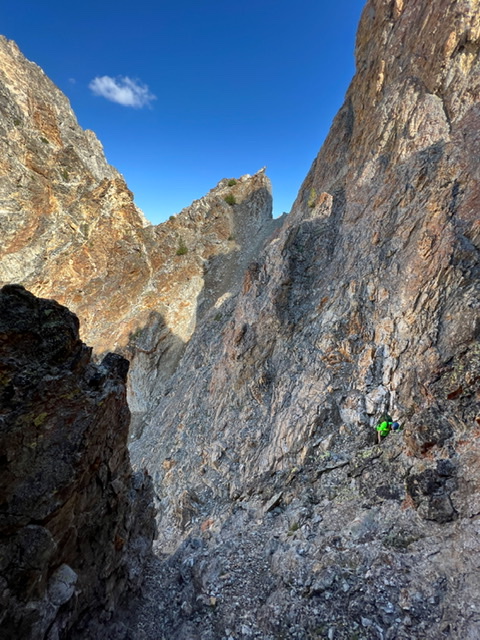 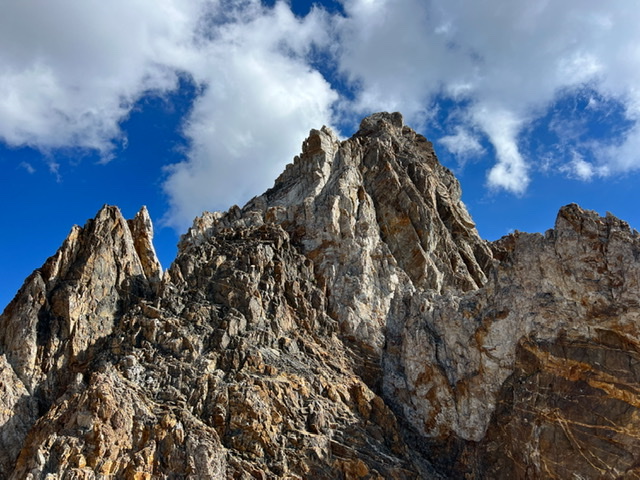 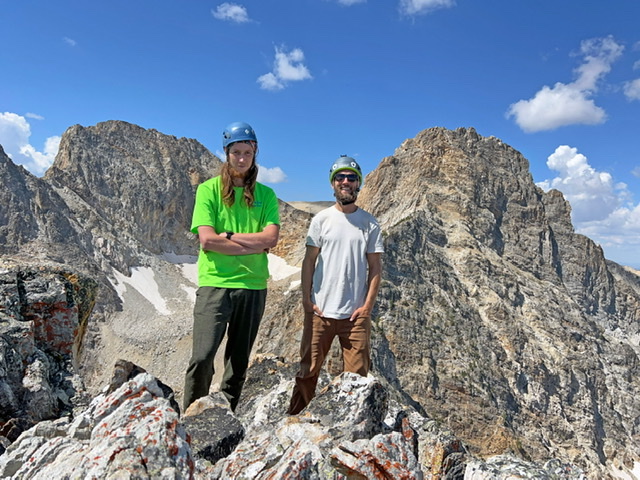 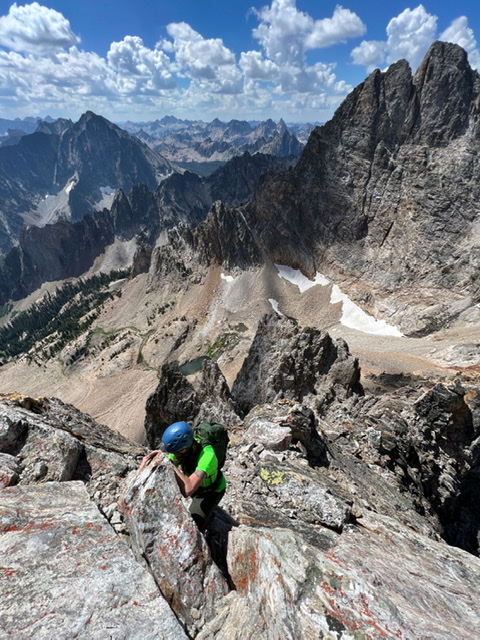 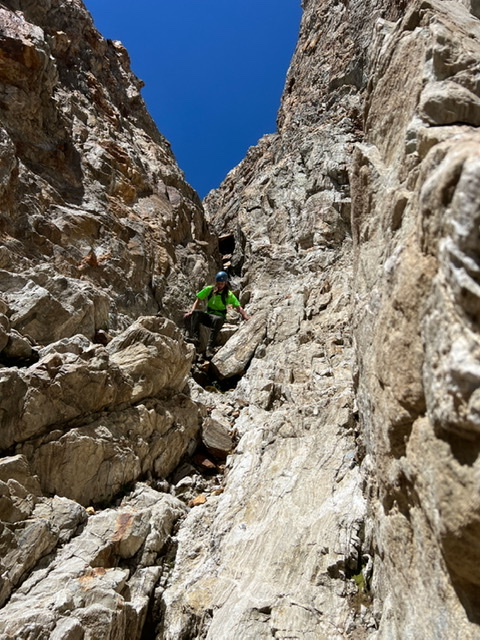 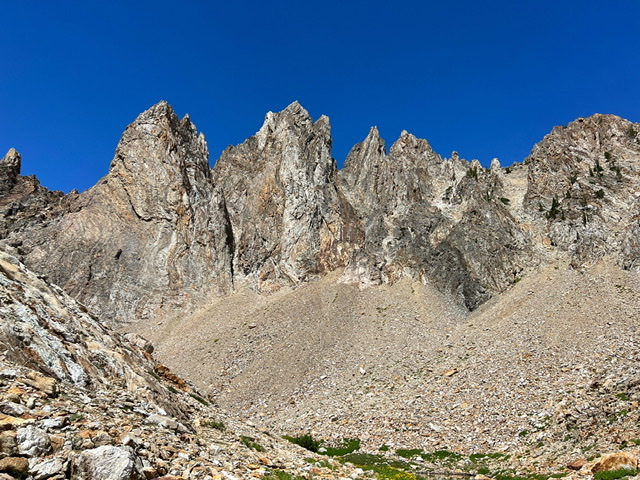 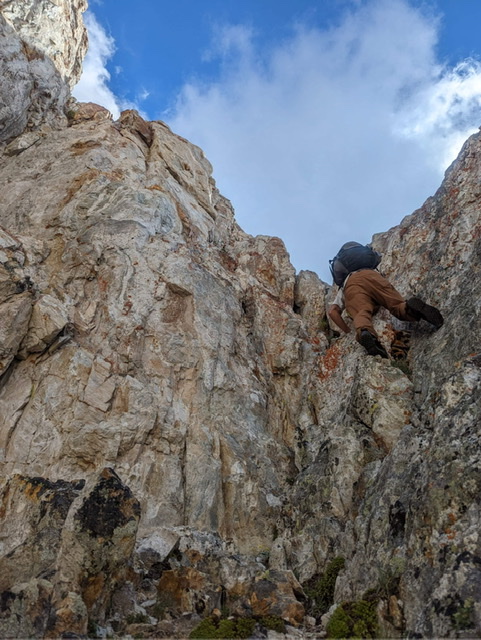 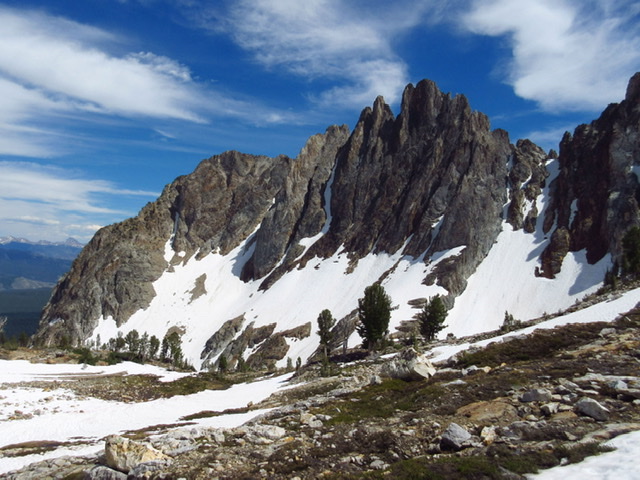