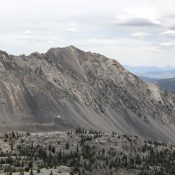 This peak is not in the book. Derek Percoski likely made the first ascent. Livingston Douglas added photos. Updated November 2021

Peak 10340 is located a little over a mile SSE of Hope Peak via a ragged ridge.  USGS Grouse Creek Mountain 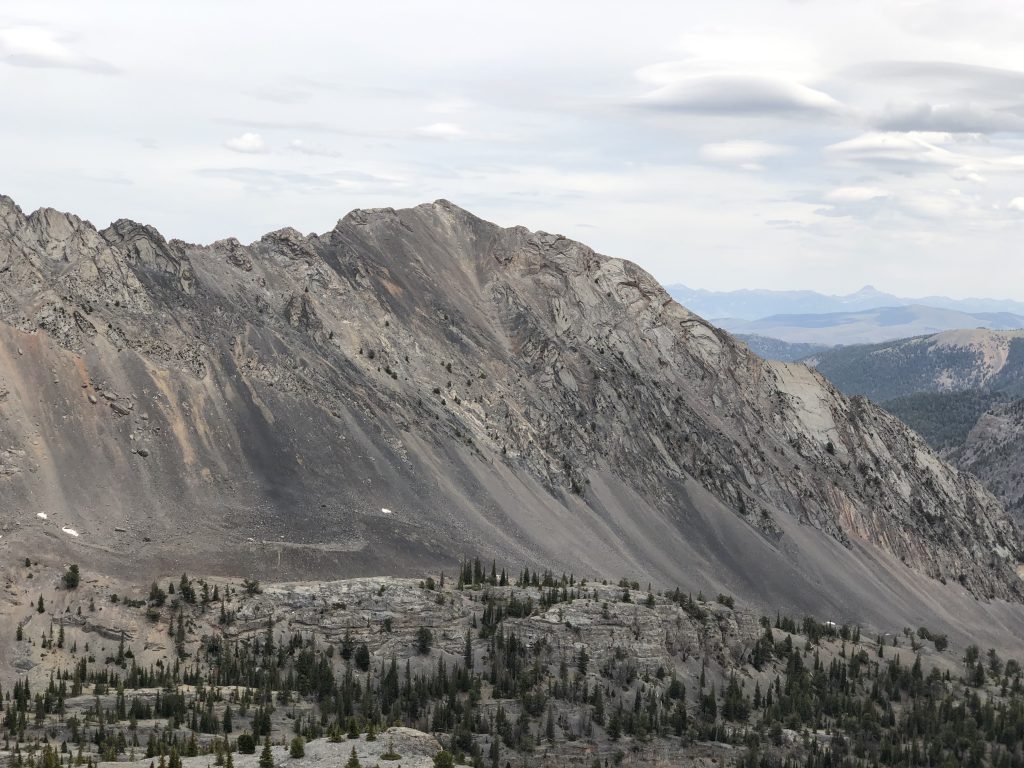 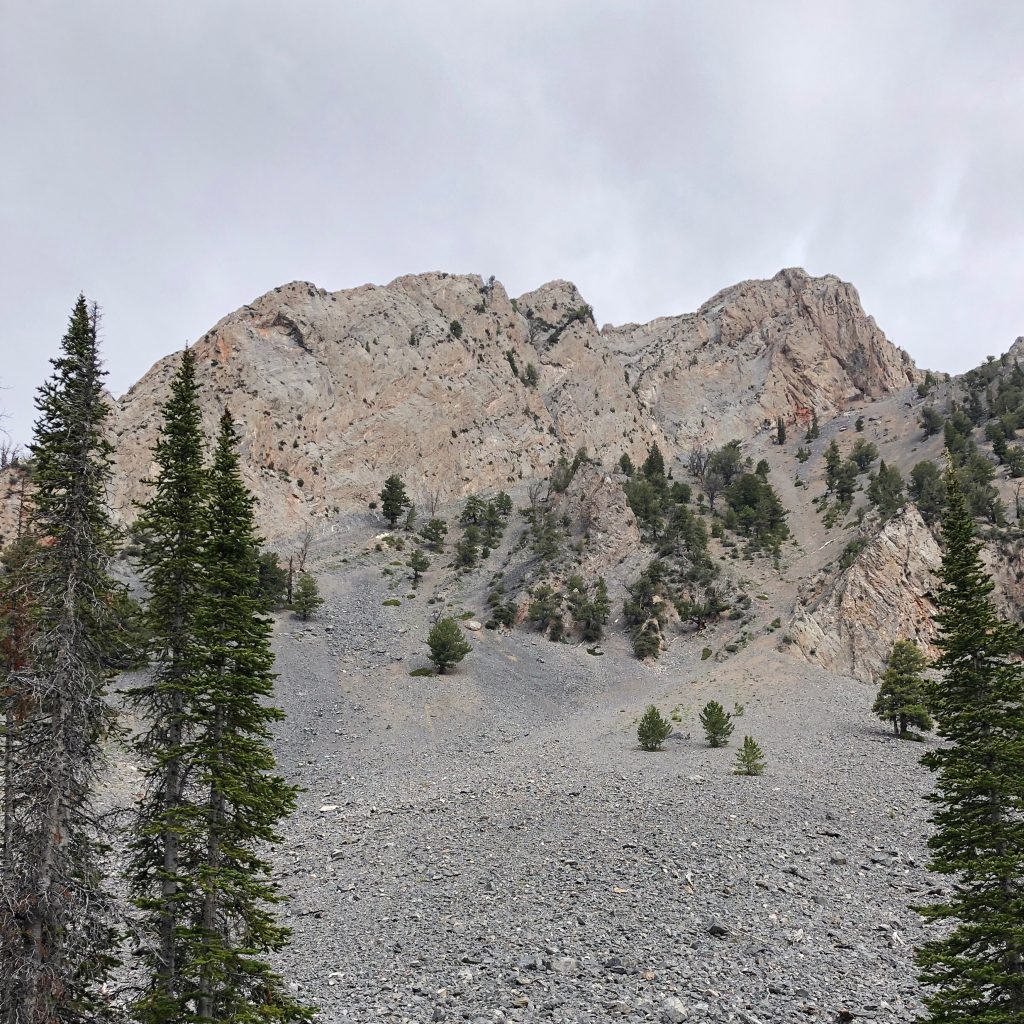 Drive up Christian Gulch Road/FS-115 and continue onto FS-409. FS-409 turns into a rugged 4WD road after 8,200 feet. At 8,400 feet, it does eventually smooth out but, at that point, it’s a narrow ATV trail so you’ll be brushing up against branches in a full-sized vehicle. I parked at 8,350 feet when I seemed to be driving slower than I could hike the road.

Hike the remainder of the road and continue cross-country a short distance until the South Gully [PHOTO 1] comes into view (8,560-foot contour). Climb the South Gully up to the notch [PHOTO 2] and from there you can connect to the Southeast Gully. It’s a simple and stable scramble the rest of the way to the summit. 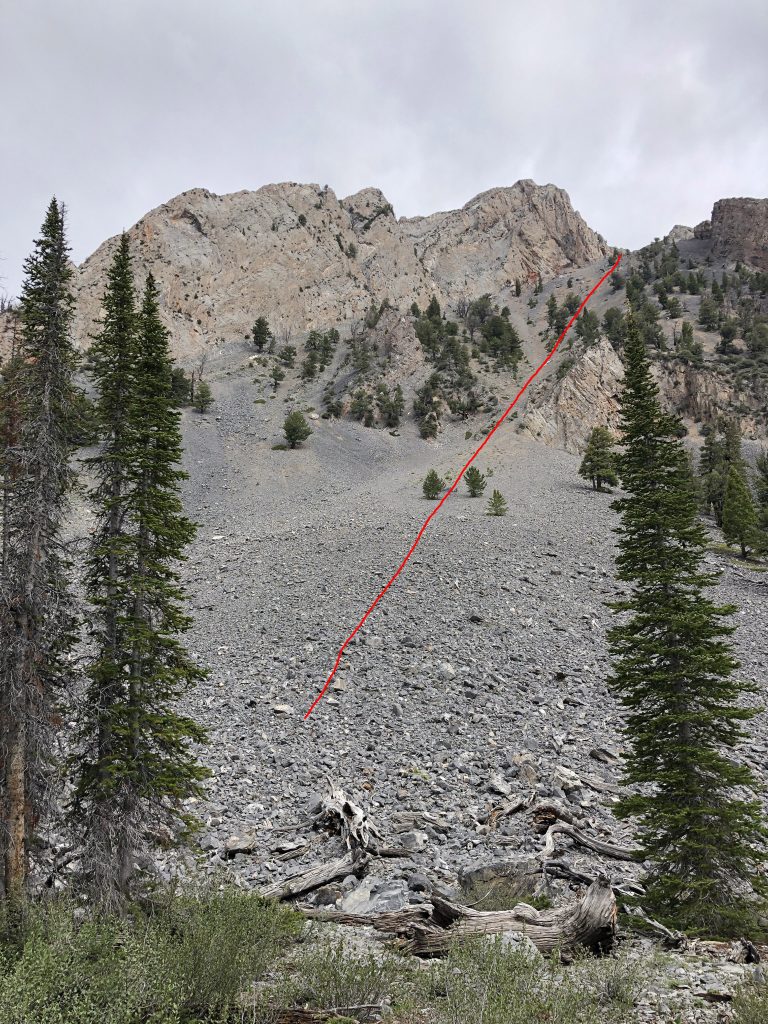 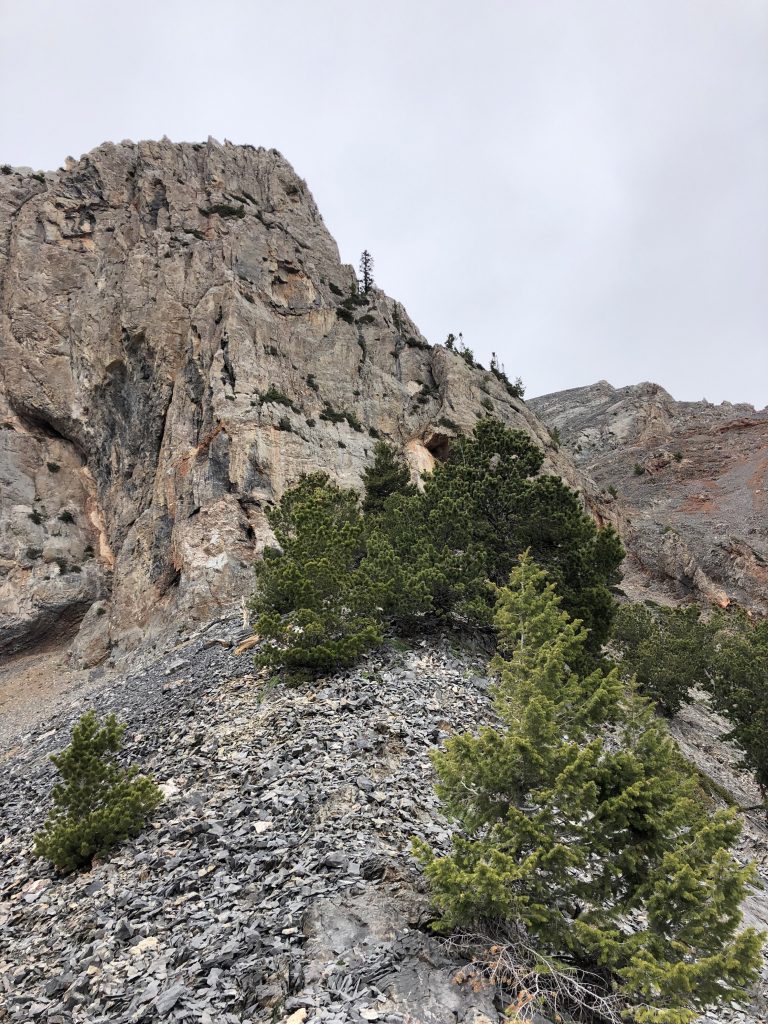 As you look down the Southeast Gully [PHOTO 3], you’ll wonder why you didn’t just come up that way. Unfortunately the bottom is blocked by a cliff. If you find a way through/around that cliff, you’ll have a more direct and less steep ascent. 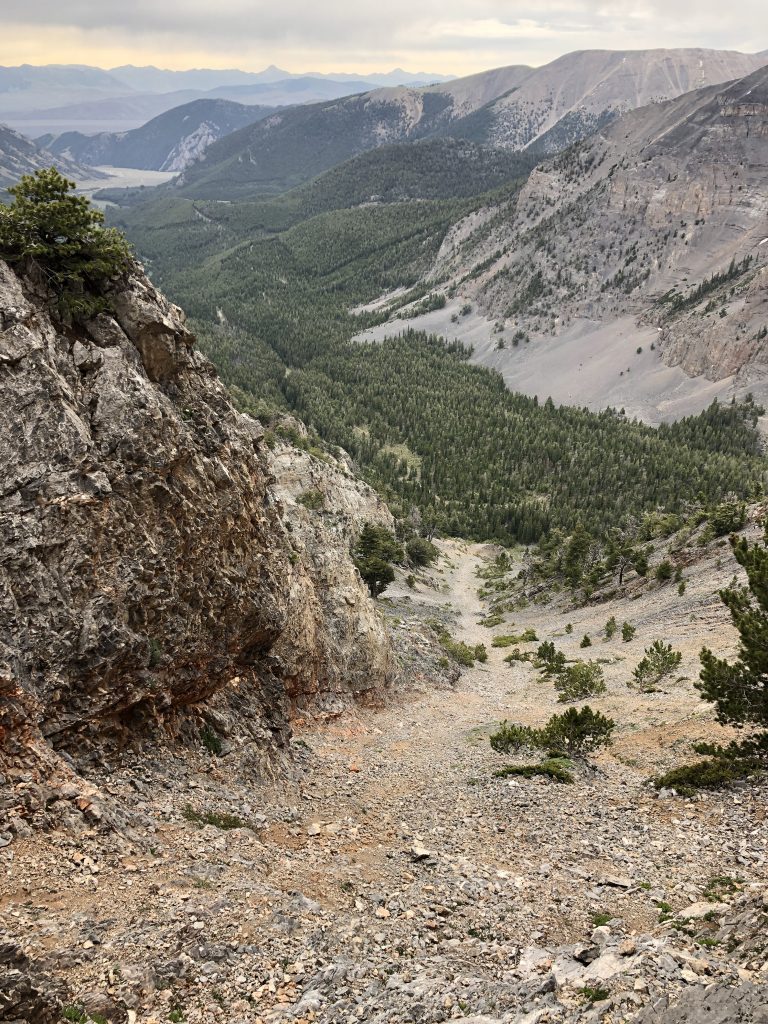 Don’t let that lower YDS rating trick you. This is NOT the way you want to climb Peak 10340. I used the West Face as a descent line so I could shortcut over to Mount Darcy, and it served that purpose just fine. The lower rating assumes you stick to the loose talus, and most of the way that’s your only option. There’s some workable scrambling terrain in the middle of the route, and you could possibly take that diagonally north to gain the ridge and traverse to the summit. For the most part, if you try to ascend the West Face, you’ll be clawing your way up talus that slides down with every step you take. 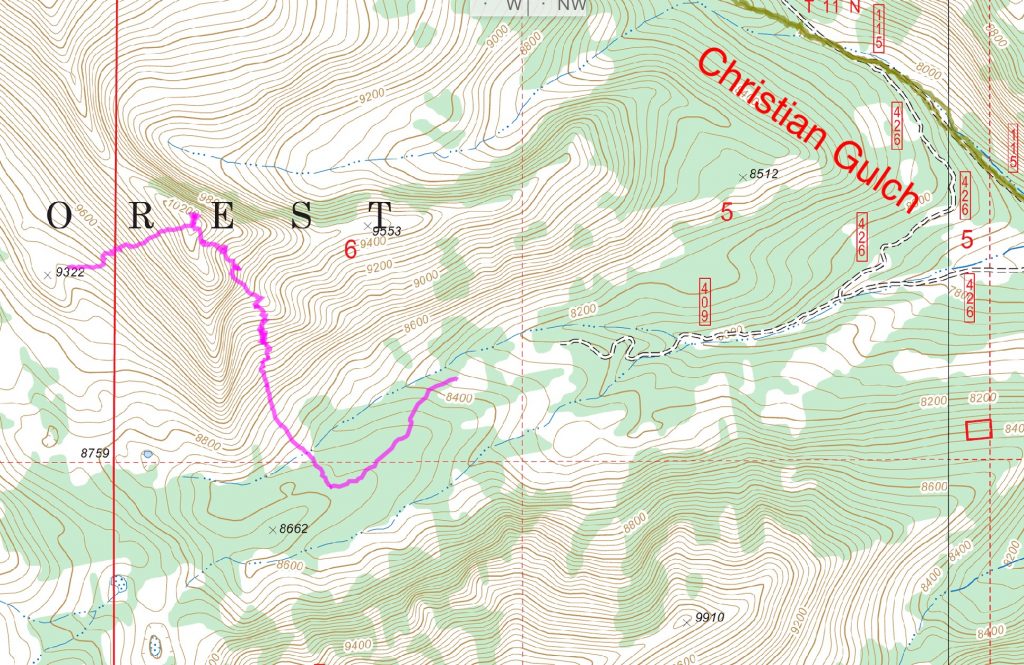 Derek’s GPS track. Note that the map does not show all the roads in Christian Gulch. 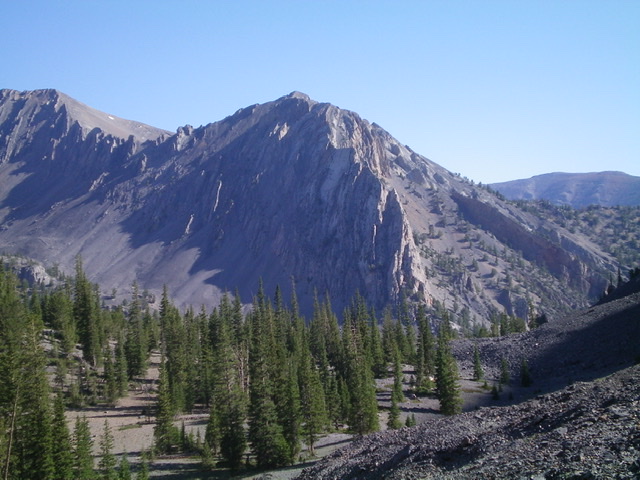 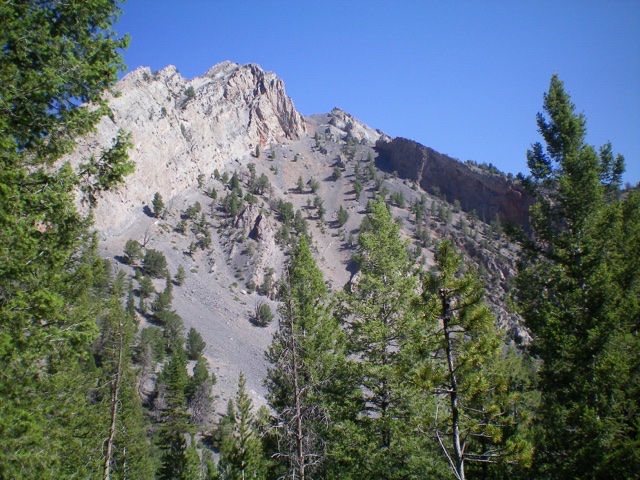 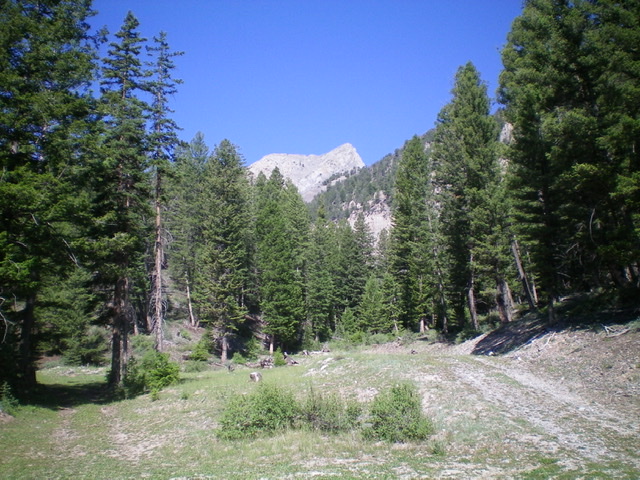 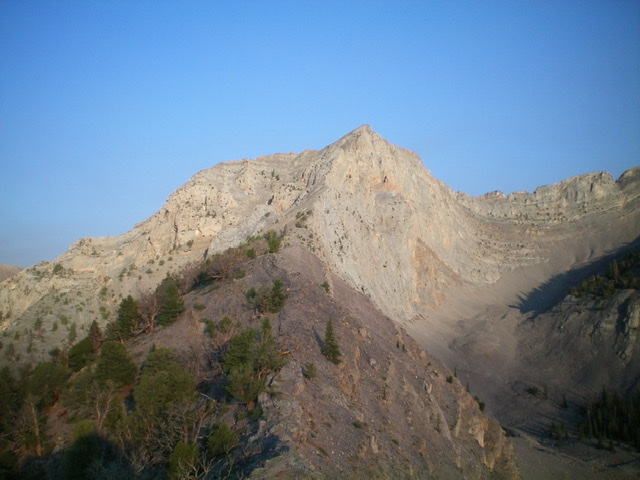 Looking up the rugged east ridge of Judas Peak. The summit is in dead center. Livingston Douglas Photo 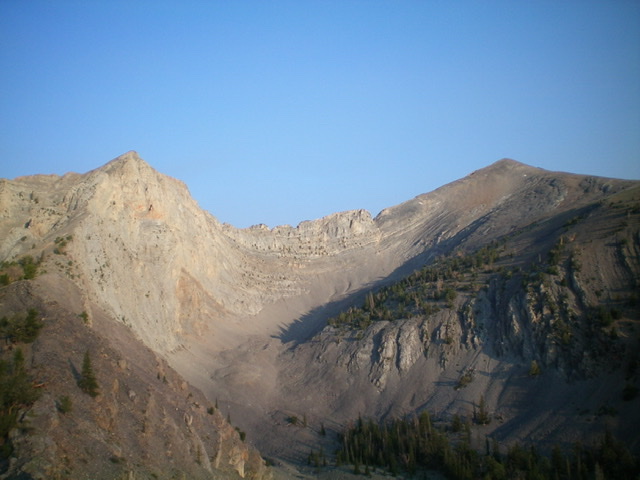