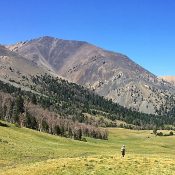 Mahogany Trident is located north of Mount Borah and south of Doublespring Pass in a cluster of 11ers that include Al West Peak, Horseshoe Mountain, and Doublespring Peak. The peak has a long, narrow East-West summit ridge. The only practical approach to the summit is via the East Ridge. USGS Borah Peak 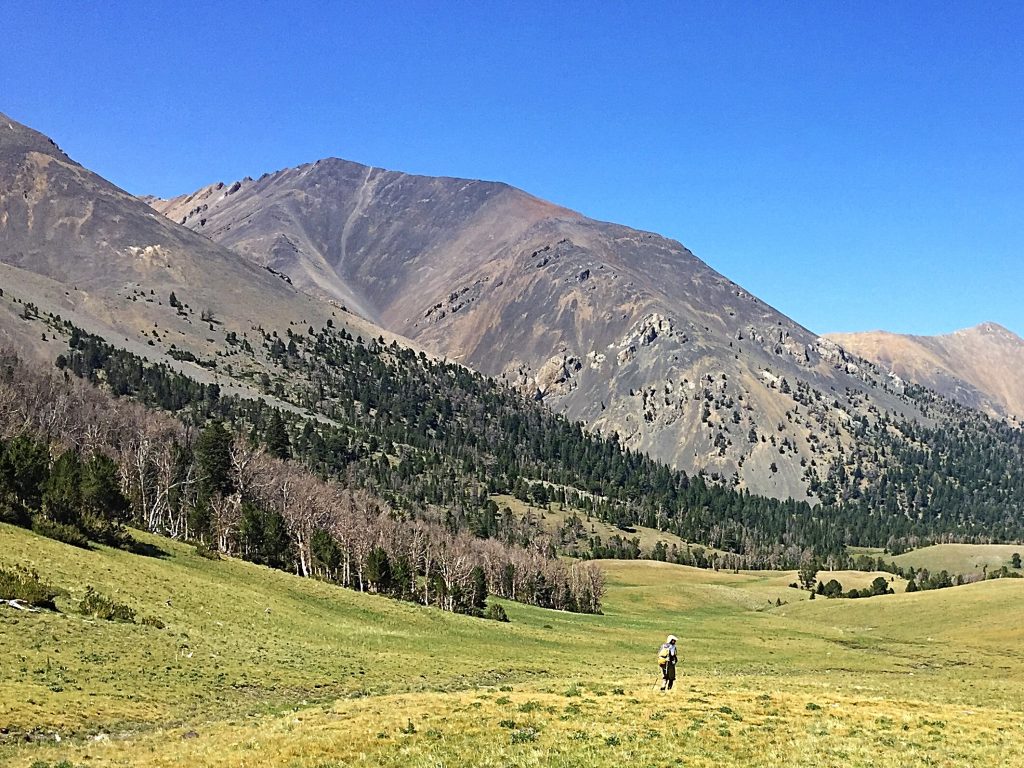 Mahogany Trident as viewed from upper Mahogany Creek. The East Ridge is on the right.

The USGS quadrangle does not show the main approach road (FS-318), but the road does show up on the Forest Service maps. FS-318 is a 4WD road that penetrates deep into the Mahogany Creek drainage and nearly leads to the Mahogany Trident’s East Ridge. Access the peak from FS-267/West Fork Pahsimeroi Road [(C)(3.1) on Page 293]. This road leads up and over hills and ridges on the North Side of Mahogany Creek to 8,700 feet where it becomes extremely steep. The road eventually dies out around 9,100 feet. There are several fair campsites along the road. Follow the road to 8,700 feet and park. 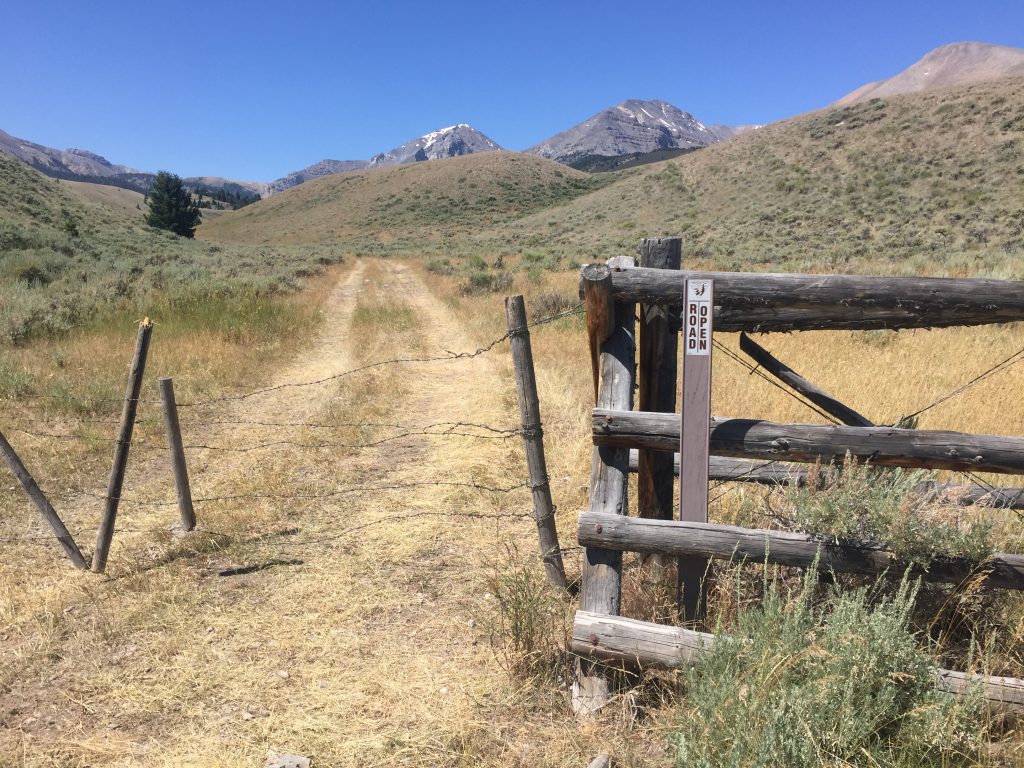 The FS-318 shown on the map starts at this unassuming gate. Another road just to the south of this road has a cattle guard and a sign indicating, in error, that it is FS-318. The mis-numbered road is a dead end. 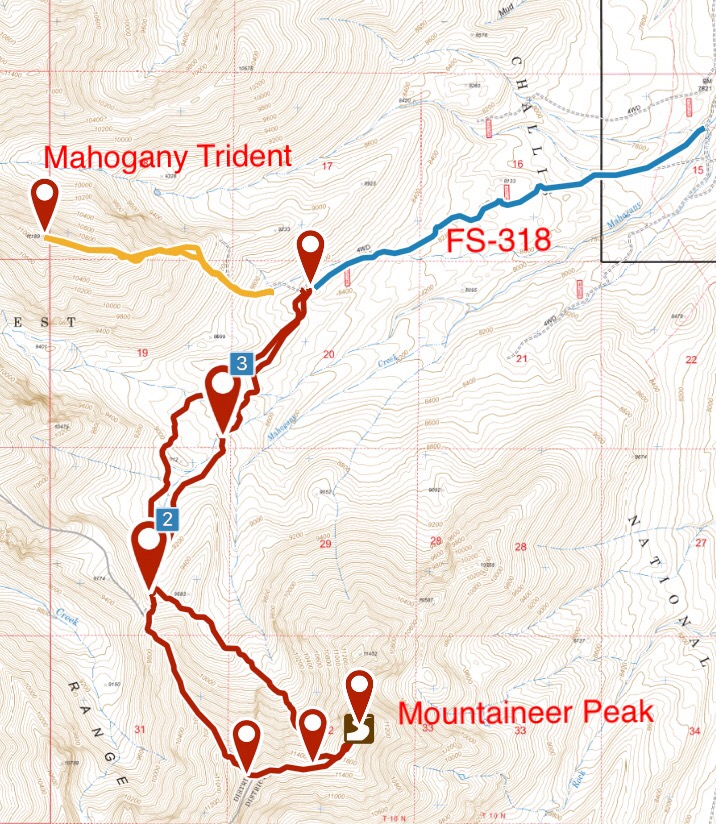 This map shows the access from the Pahsimeroi Road into the upper reaches of Mahogany Creek and the routes on Mahogany Trident and Mountaineer Peak.

From 8,700 feet, follow the ever-steepening road up toward the East Ridge. Note: The road no longer exists as shown on the map. At 9,000 feet, continue through the thinning forest to the East Ridge. This ridge is composed of mixed-consistency talus, but with generally good footing. There is a series of cliffs between 10,400 feet and 10,600 feet. The cliffs are easily bypassed on their West Side. Follow the ridge to the summit. The climb covers 1.5 miles and requires 2,400 feet of elevation gain. 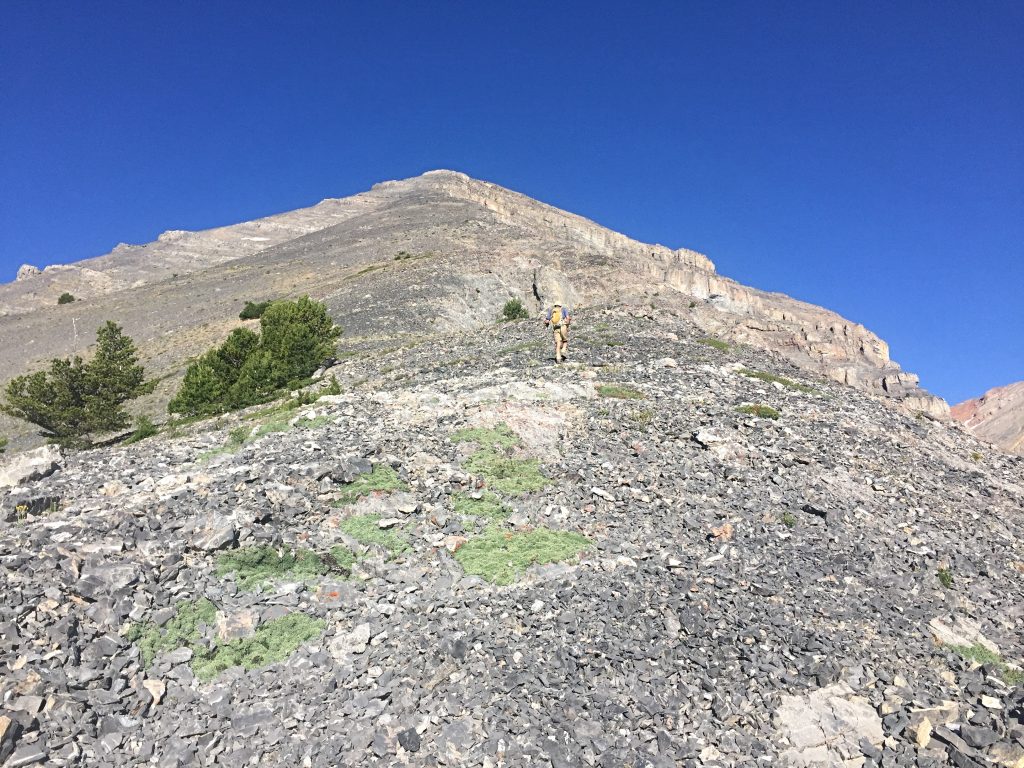 Looking up the East Ridge from just above treeline. 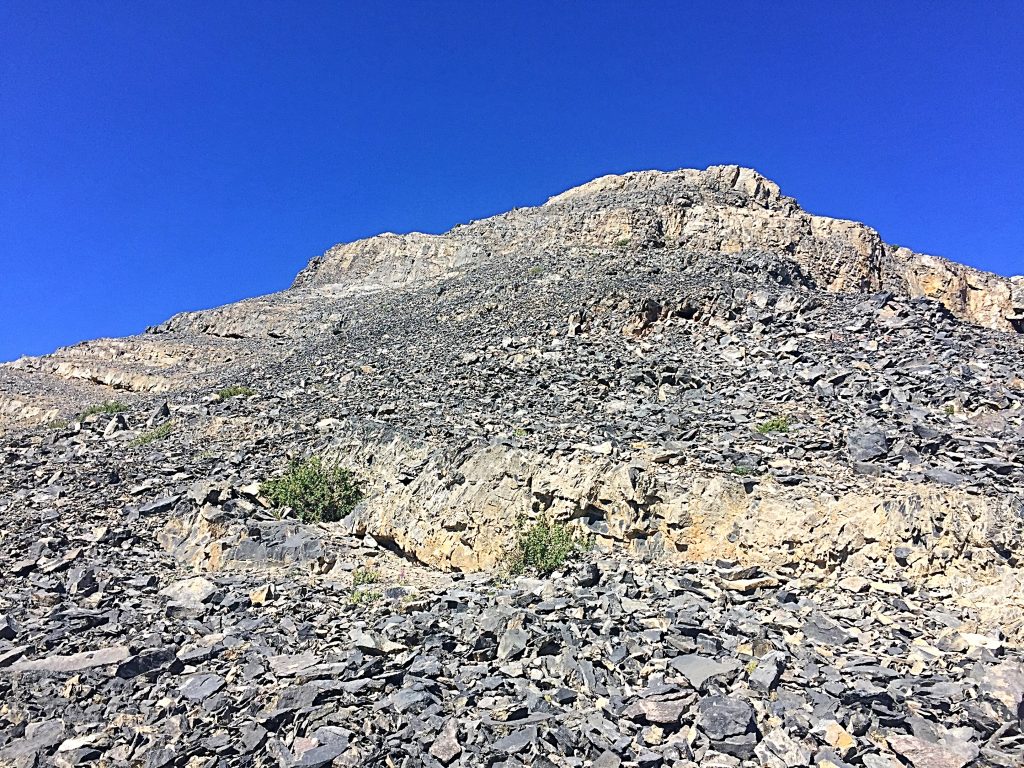 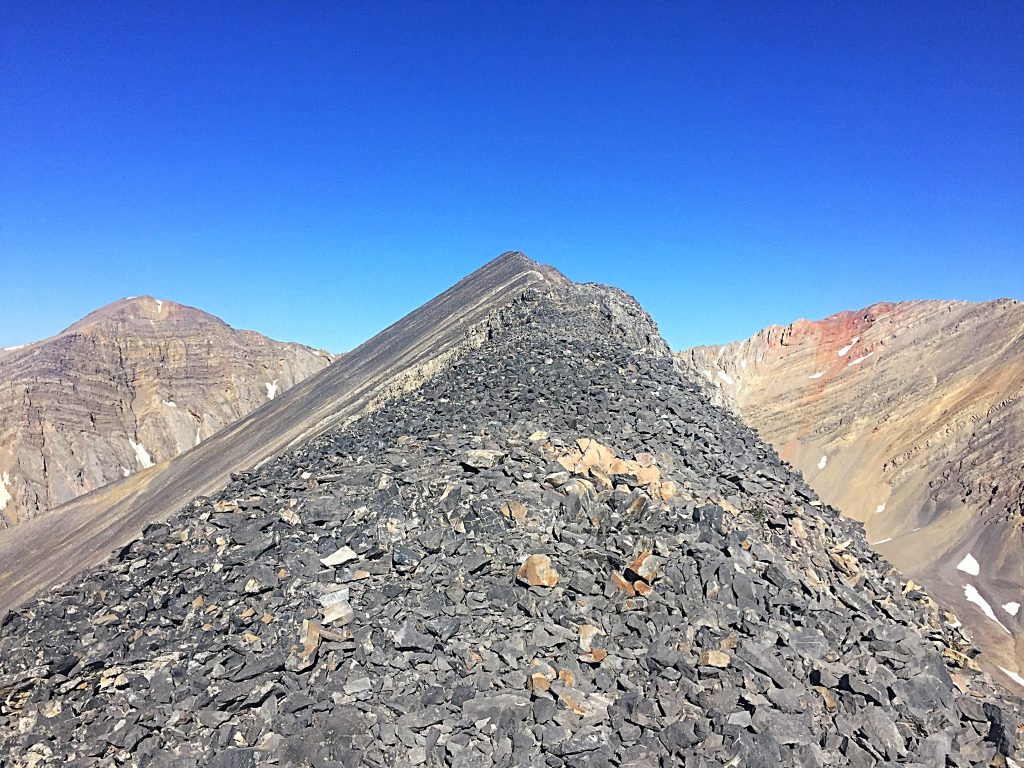 The final distance to the summit is a narrow, almost knife-edged, walk with significant exposure on the North Side of the ridge. 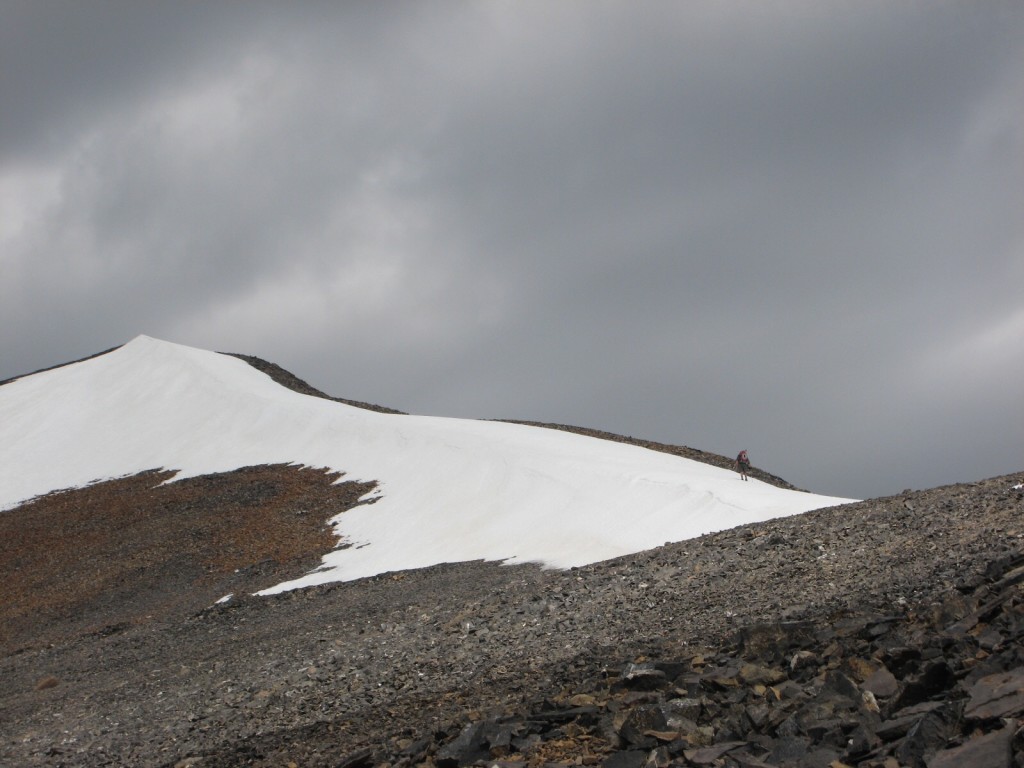 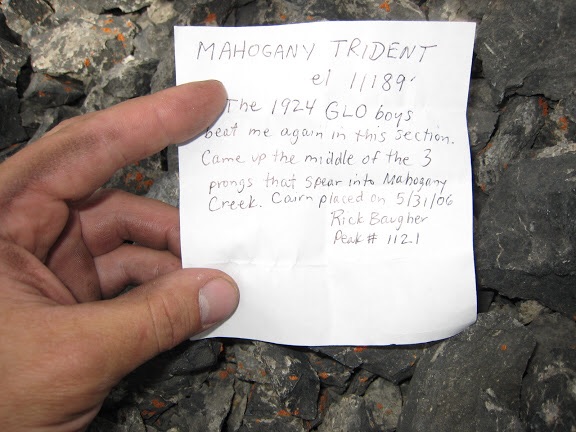