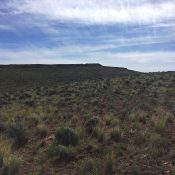 This peak is not in the book. Also see the Owyhee Mountains Peaks List for all of the peaks in this range. Updated November 2020

Peak 5180 is the high point on a complex north-south ridge that forms the eastern side of the upper Reynolds Creek drainage. This unnamed peak sits one mile south of Windy Point, the only named feature on the ridge. USGS Reynolds 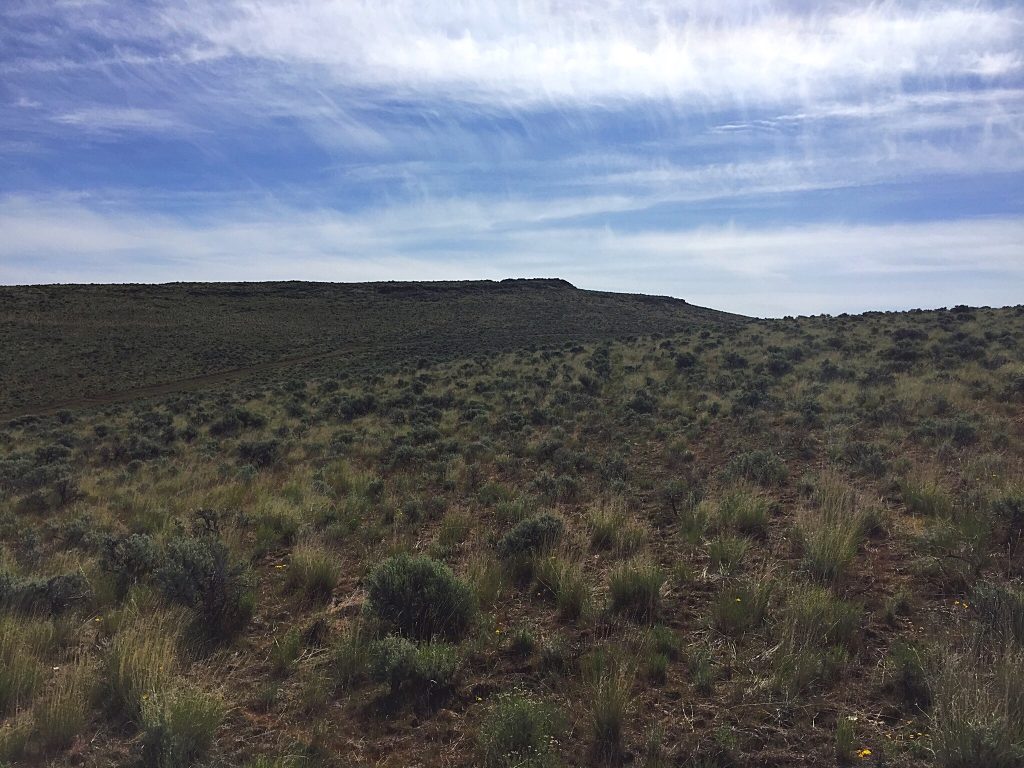 The peak and the entire ridge consists of open terrain. Therefore, an ascent can be made from any direction. We climbed the peak via a ridge on its western side. The Rabbit Creek Road/Reynolds Stage Road runs between Murphy and Reynolds. The BLM has designated a two-track which runs along the west side of the ridge containing Peak 5180 as Road #P100. Access this signed road a mile or so east of the Reynolds cemetery. You need a 4WD vehicle to navigate this road.

Jon Fredland and I followed Road #P100 for 2.0 miles and parked just short of a rough gully crossing which I did not want to drive across. We then proceeded along the road on foot for 0.25 miles to peak’s rounded West Ridge. We hiked up the ridge for 1.5 miles and 800 feet of elevation gain to the summit. Just below the summit, you will find a fire break and a fence with a conveniently-placed gate. There are nice views in all directions from the summit. 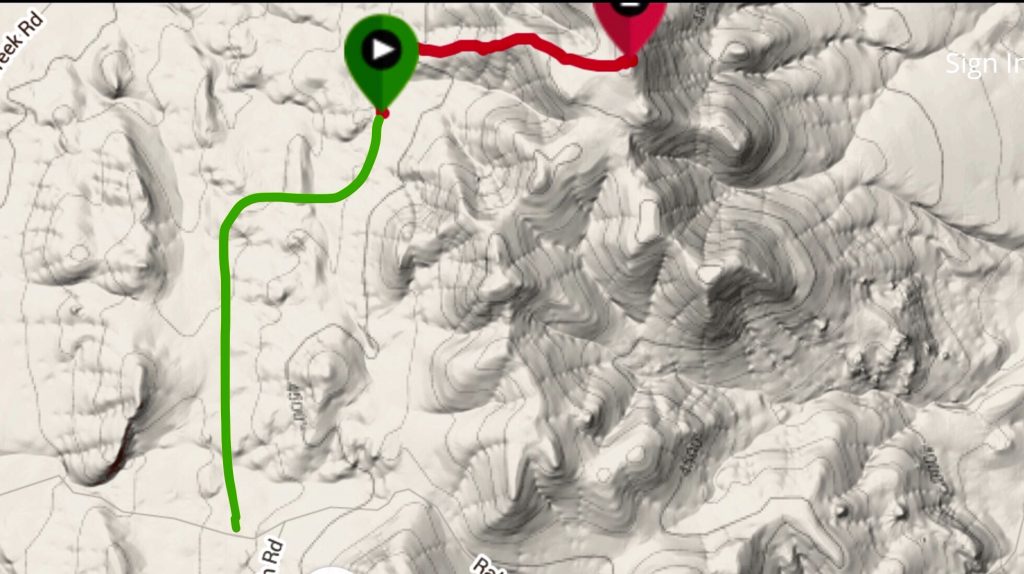 My GPS track (red) and the approximate route of the approach road (green).

The peak’s long south ridge provides a scenic route to the summit. Access the road from Rabbit Creek Road/Reynolds Stage Road. There is no definitive spot to start the hike as the open terrain lets you climb the peak from any place in the vicinity of where the road crosses the 4,586 pass on the peak’s. The route I took is shown in the map below. There are fences on the ridge. The best option is to stay on the west side of the fence that follows the ridgeline north. You will have to cross over or under fences twice along the way. 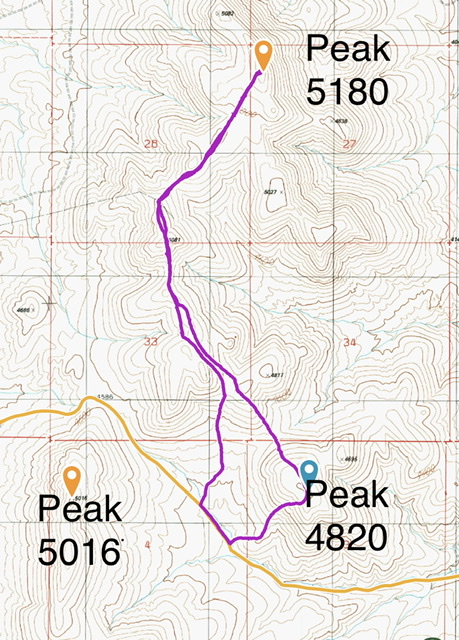 My GPS track for Peak 4820 and Peak 5180. The Reynolds Stage Coach Road/Rabbit Creek Road is shown in gold.