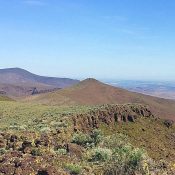 Windy Point is a distinctive peak. This Owyhee Mountains summit is easily visible from ID-78. Although the peak has only 259 feet of prominence, it sits at the north end of a long, complicated ridgeline that is topped by Peak 5180. You can reach its summit by traversing the ridgeline from that peak or by hiking open slopes from BLM Road #P100. See the Peak 5180 page for directions. Class 2.  USGS Reynolds 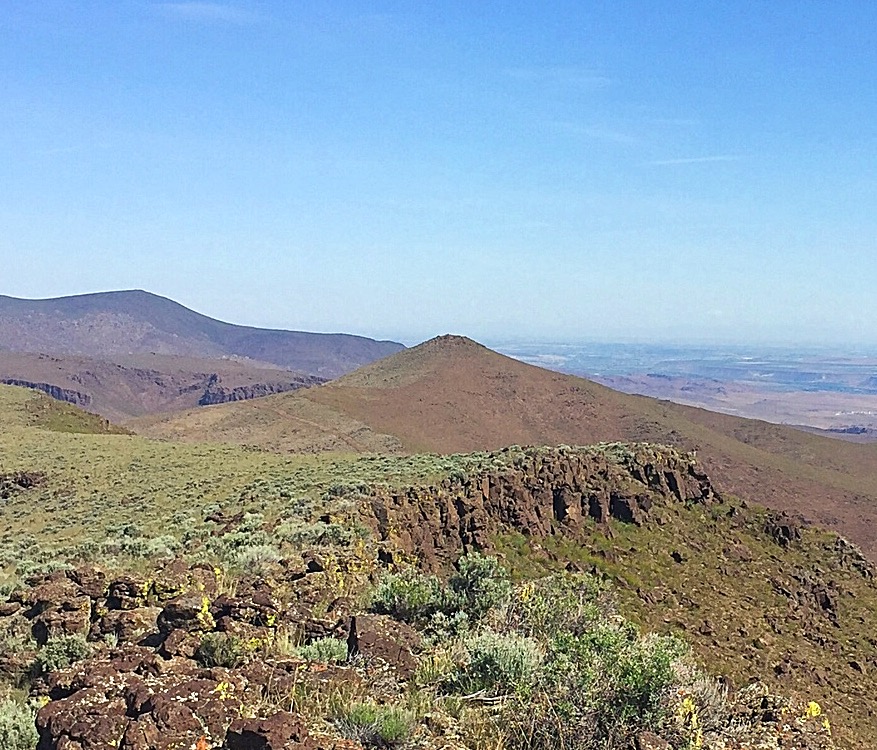 Windy Point as viewed from Peak 5180.