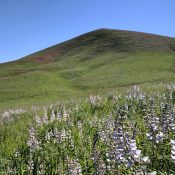 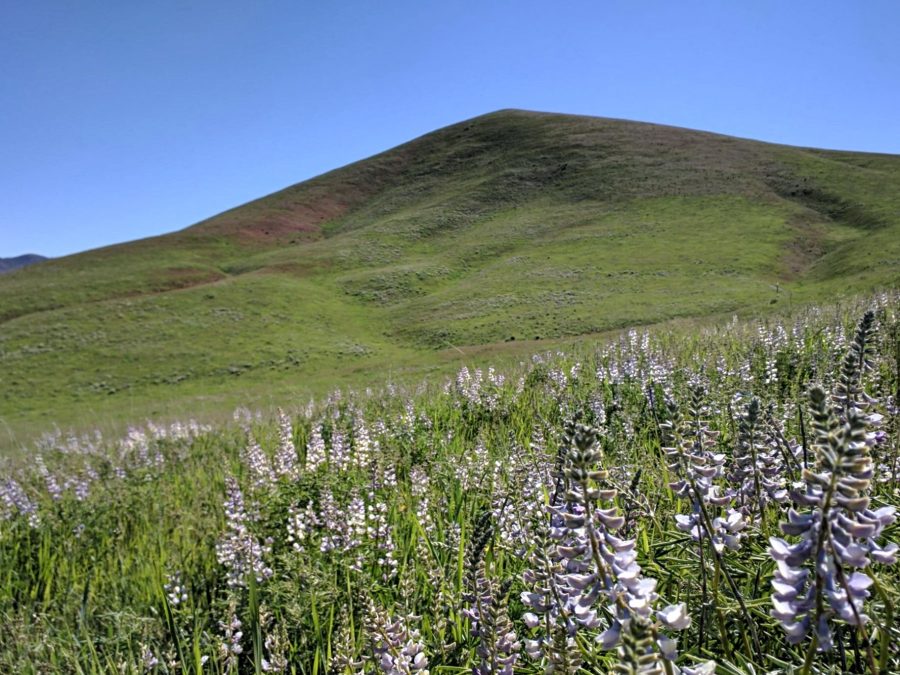 Although not particularly high, Bridge Peak is one of my favorite peaks in the range for many reasons: the view, route, remoteness, aesthetics, and simply the overall experience.  Similar to Peak 4524/Buffalo Peak, Bridge Peak is curiously situated adjacent to one of the many flats which characterize namely the southern Danskins and offers fantastic views of Boise River Canyon. Unlike majority of peaks which are classically picturesque from one side (but somewhat disappointing and resemble more of a ridge from other angles), Bridge Peak is symmetric and maintains that classic peak aesthetic from all angles which further enhances the summit experience. 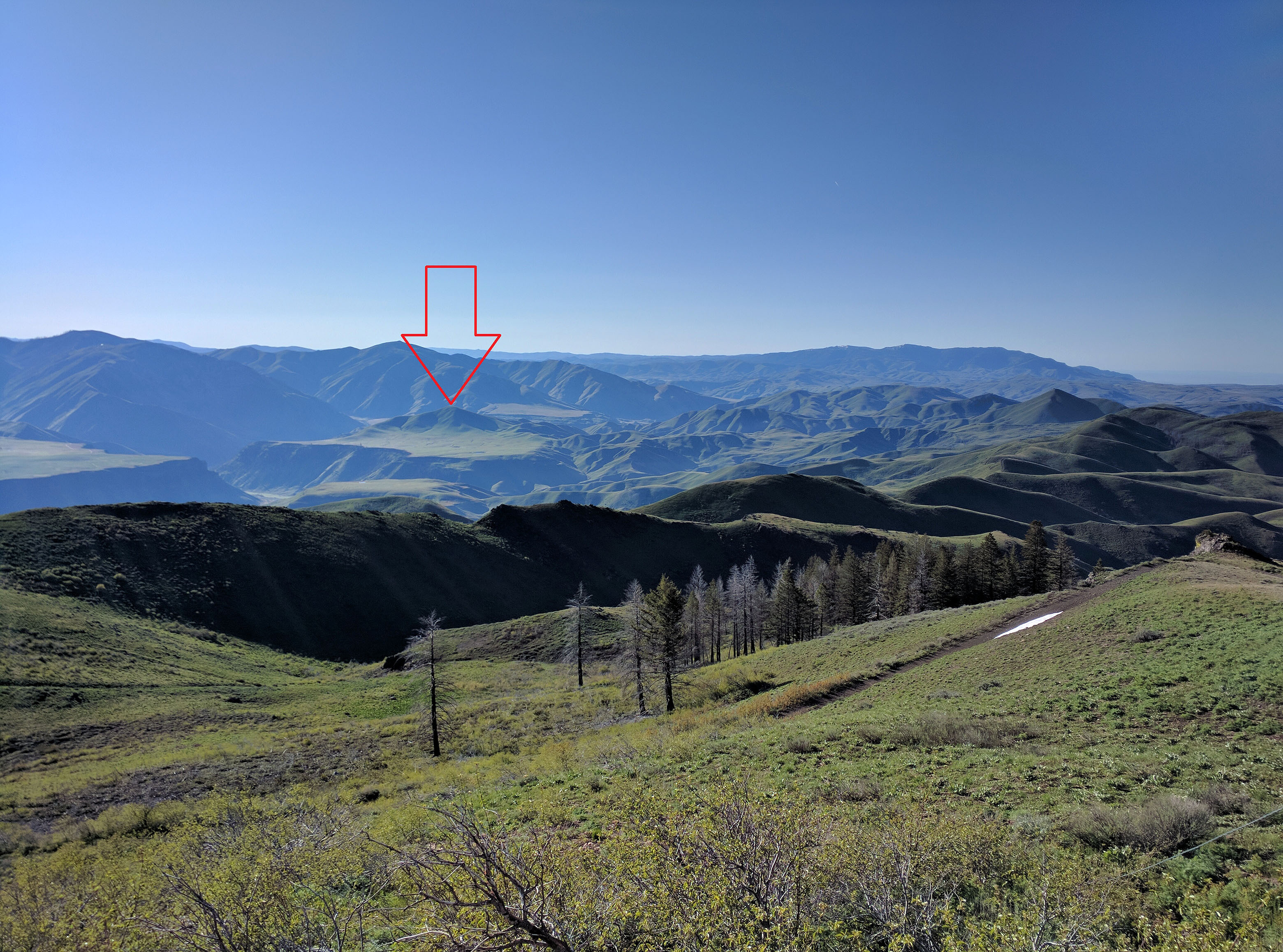 The 2 routes set out below share the last 4 miles which, ironically, DESCENDS northeast to the peak via a bike-able primitive double-track road thru rolling grassland, which is equipped with small ponds making for an almost alpine feel.  Once the road reaches gated private property, simply cross-country to the summit for the last half-mile or so.

Round-trip: 19 miles with 4,700 feet of elevation gain.
Trailhead access: Medium difficulty via Danskin Lookout Road.
Mountain bike-able: Yes, but with some hike-a-bike, an adventurous spirit, and strong legs.
Route finding: Difficult until gaining the ridge; the maze of old roads and horse trails are faint to nonexistent in places and it’s extremely easy to follow the wrong one; study the USGS-marked roads carefully and pay close attention.

Thoughts: My favorite back-country route in the southern portion of the range; views are stunning, route finding is an adventurous blast, and the solitude is magnificent.

Thoughts: Can bag Peak 5913/Cayuse Peak along the way; views are fantastic. 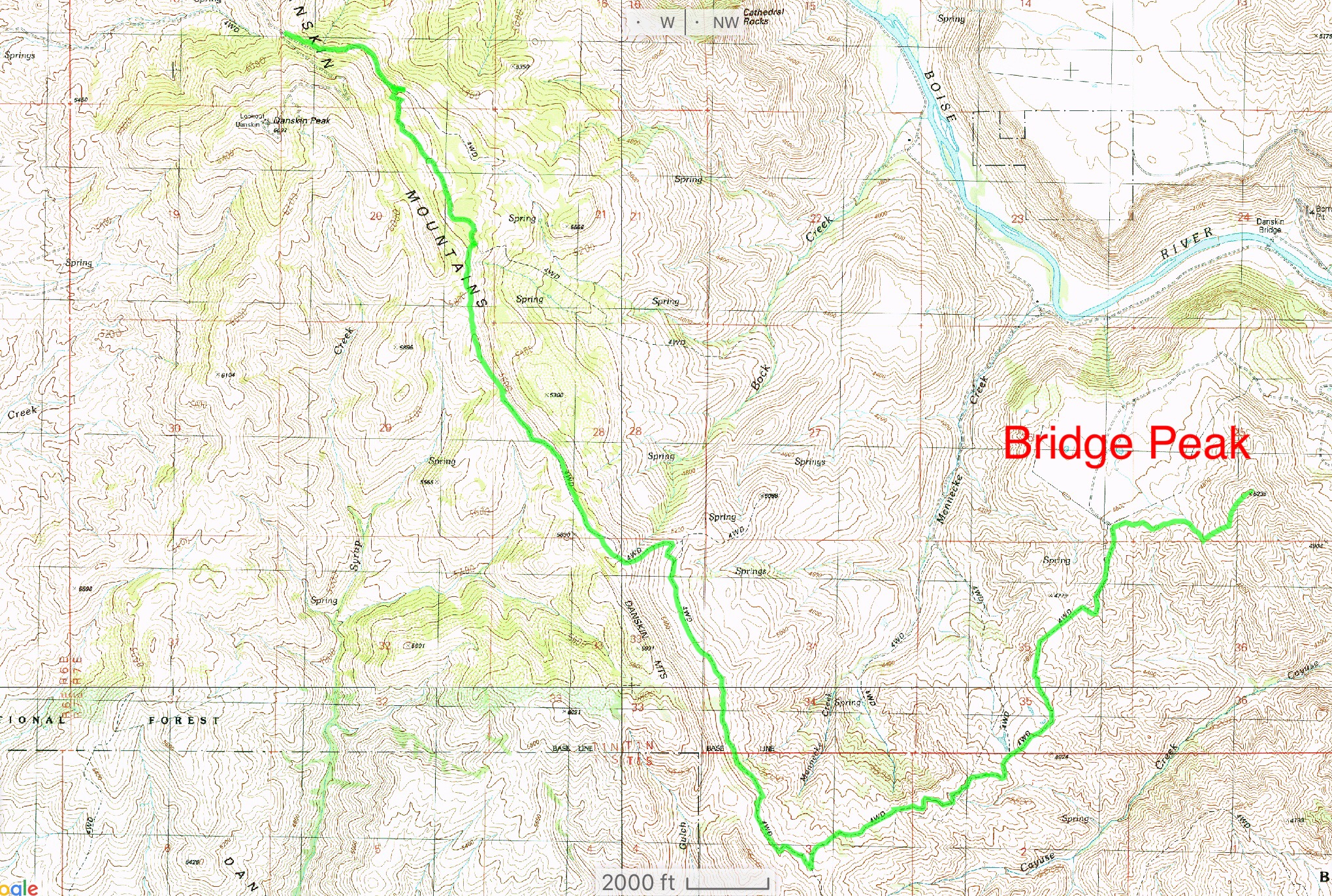 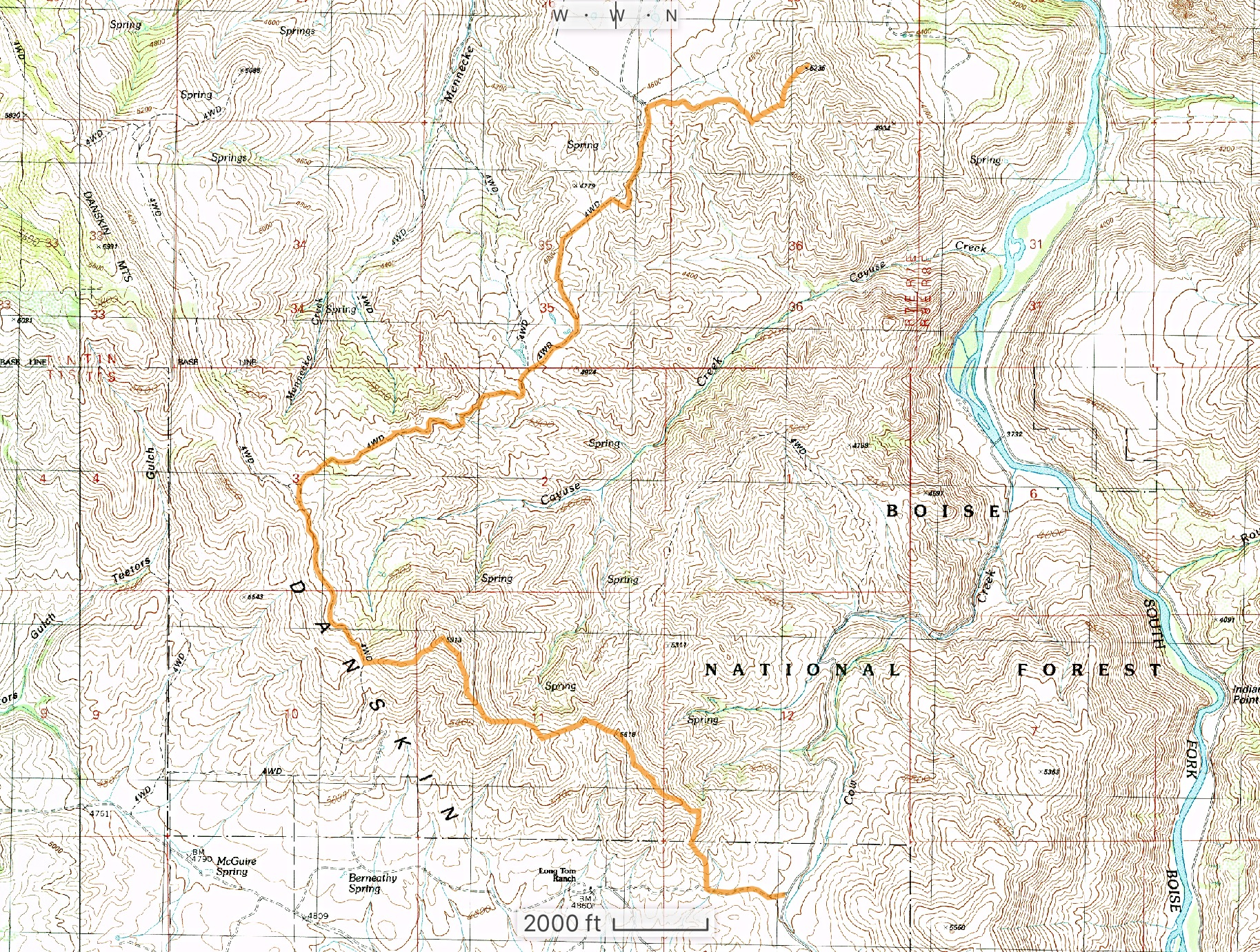