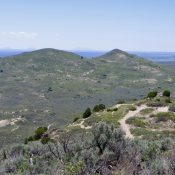 This peak is not in the book. Published January 2020.

The St. Anthony Sand Dunes consists of 10,600 acres of clear, shifting, white quartz sand. Although much of the sand dunes is managed as a wilderness study area, the area is popular for OHV use. Dunes up to 400 feet high attract riders from throughout the west. OHV users are strongly encouraged to avoid damage to vegetation and impacts to wildlife so that use of this unique area may continue. Others prefer to explore the dunes on horseback or on foot.

The dunes are heavily marketed to off-road enthusiasts and are a very popular destination and play area. We visited midweek during the off season. However, several different closures exist for this area, so check the BLM’s official St. Anthony Sand Dunes page and/or call to assure the area you want to access is open. USGS Big Grassy Ridge 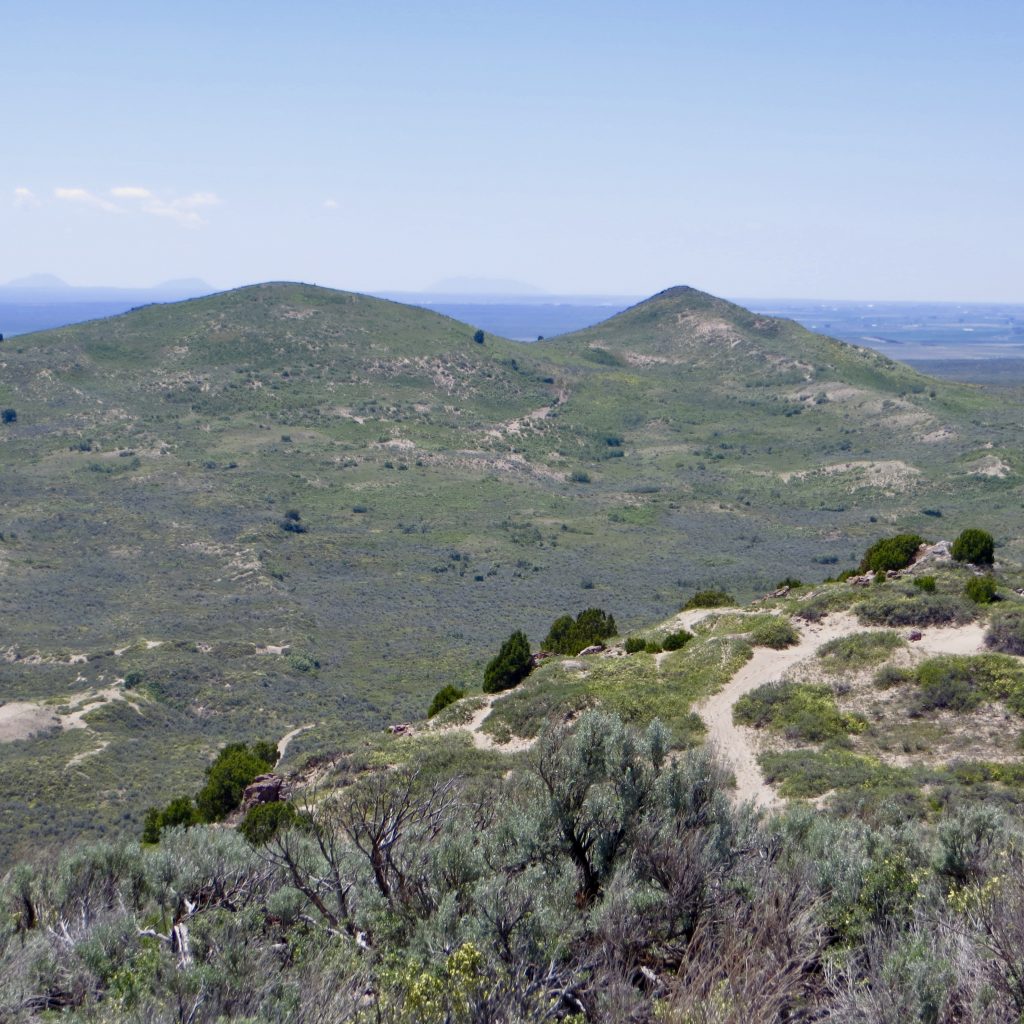 The summit of Peak 5961 (the leftmost hump). Steve Mandella Photo

We accessed this peak with a high-clearance 4WD vehicle (Toyota FJ). However, it was not the easiest to travel and we could not get as close to the peak as we planned, though we were probably lucky to get in as far as we did. Few services (i.e., gas/food) are available outside of Parker, and there are no water sources and little-to-no shade in the sand dunes. Time your trip and prepare accordingly.

Traveling from the east, south, or west, head toward Parker, Idaho. Once you reach or are near Parker, head toward the Parker-Salem Road (N1900E), which travels north-south and turns into Red Road. Turn west from Red Road onto Grassy Ridge Road. As you travel along this road, pass a couple of jeep trails that head SSW toward the North Junipers Hills (and North Junipers HP).

These trails travel toward or parallel the hills and either braid onto other trails or dead-end, depending on the particular jeep trail. In general, you will be “winging it” on these trails. On any of the jeep trails throughout the sand dunes, choices at intersections and/or hills you encounter may or may not work for you or your vehicle. We found the most direct trail to Peak 5961 off Grassy Ridge Road at 44.074496N, -111.892490W. Continue west on this trail as it eventually turns southwest. 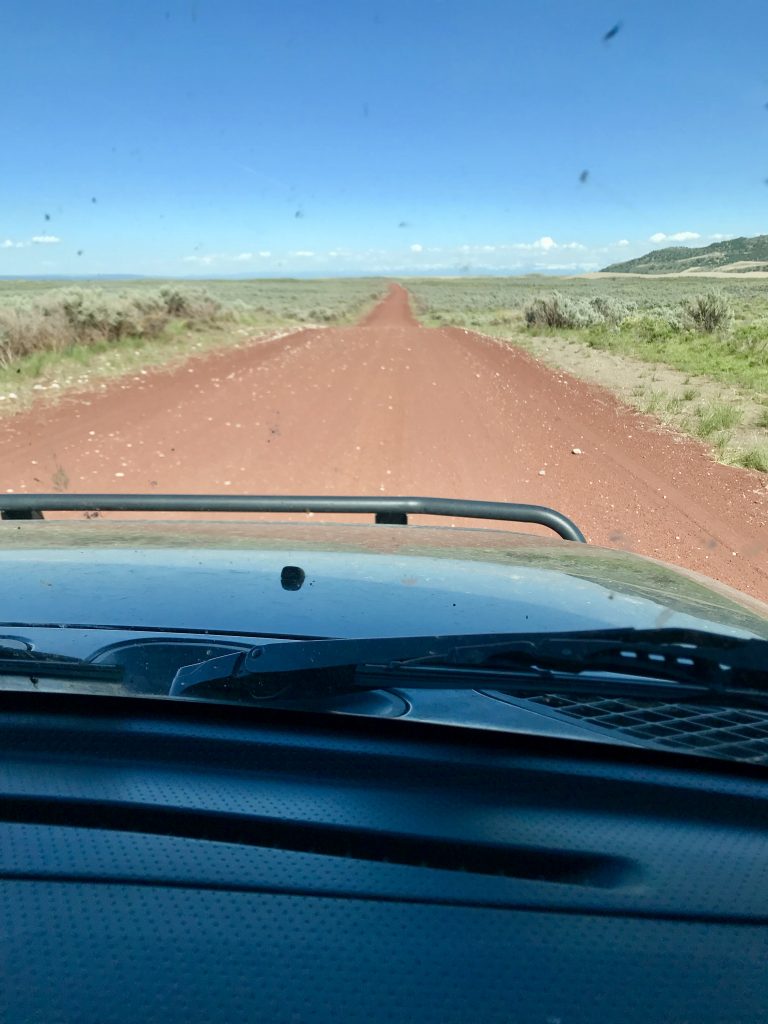 However, while we were on the north side of the North Juniper Hills on this particular trail, we had a dicey, steep climb in deep sand that we had to take a run at multiple times. At this point, we were still a long way from where we wanted to start hiking. But once we reached the top of this particular hill, we were able to drive close to Peak 5961. There may be another way around that avoids this hill but we did not look for it.

In general, travel is very slow going over various depths of sand, rocky outcrops, and rolling terrain. If you have concerns about your vehicle’s ability to navigate in sand dunes, consider renting a dune buggy. After climbing Peak 5961, head northeast and climb the west ridge of North Junipers HP.

The summit provides a nice view of the surrounding dunes. On a clear day, you can see other ranked peaks in the dunes and Big Southern Butte, Middle Butte, and East Butte to the southwest, nearly 100 miles away. Round-trip stats: 1.3 miles with 331 feet of elevation gain. 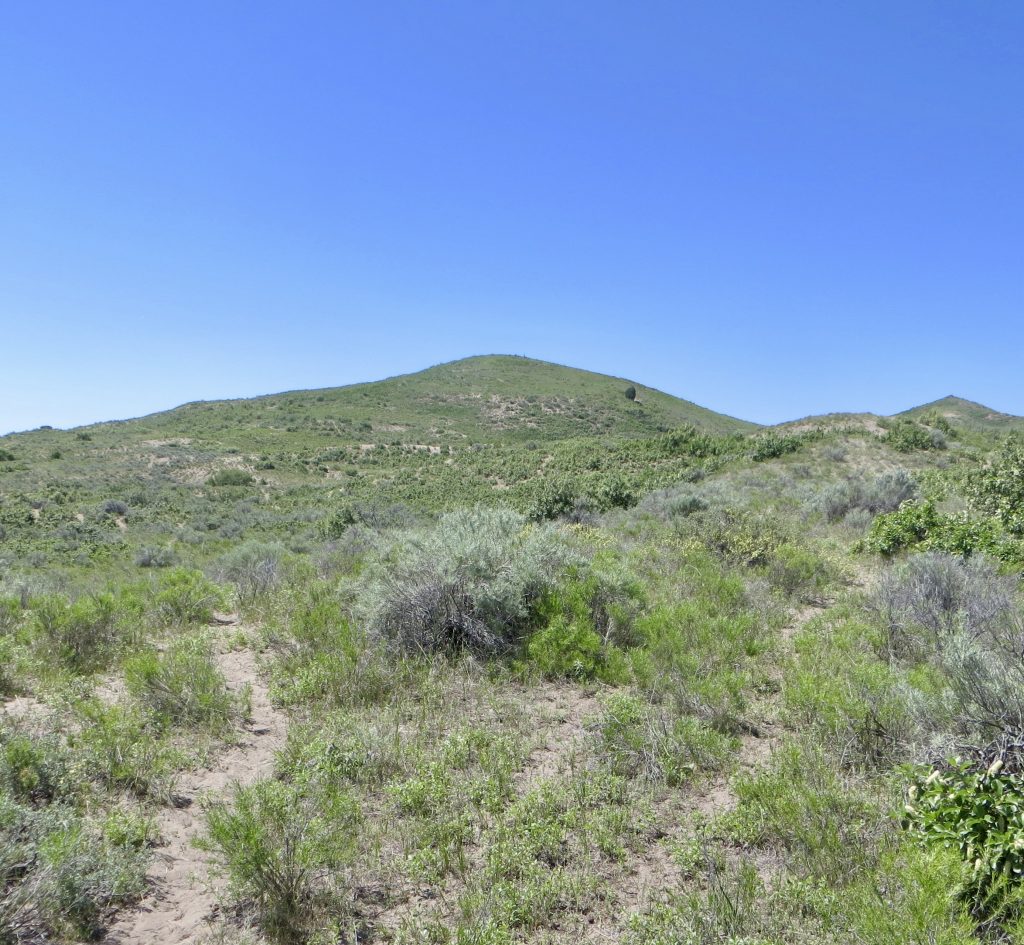 Game trail on the way toward the summit of Peak 5961. Steve Mandella Photo 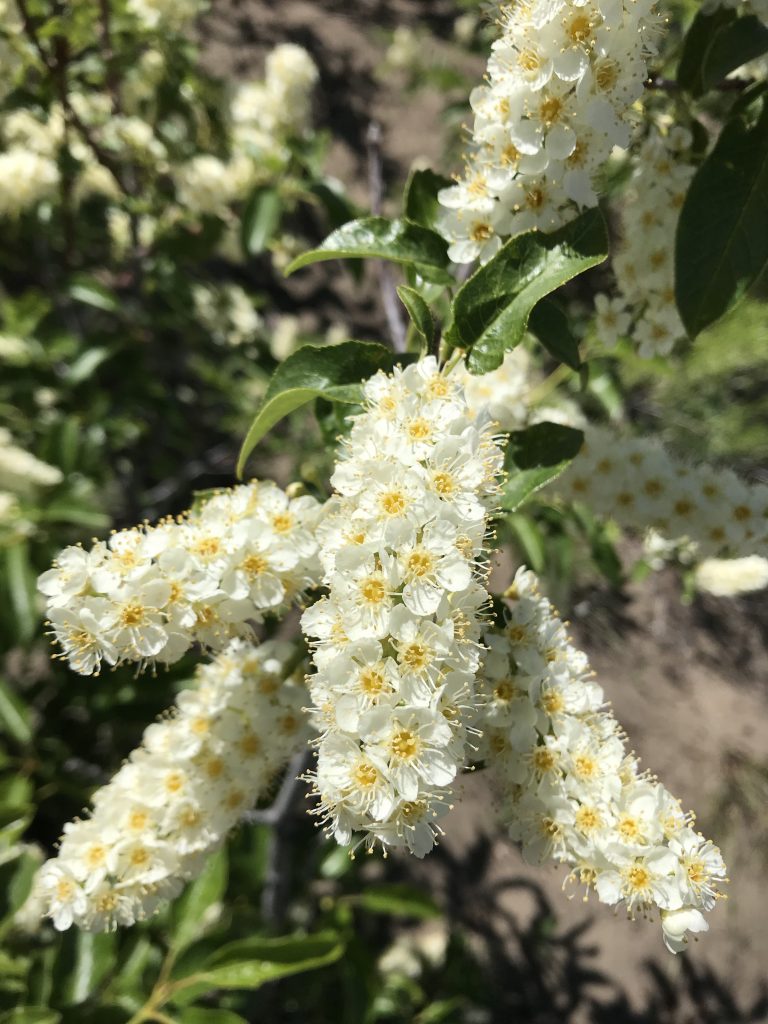 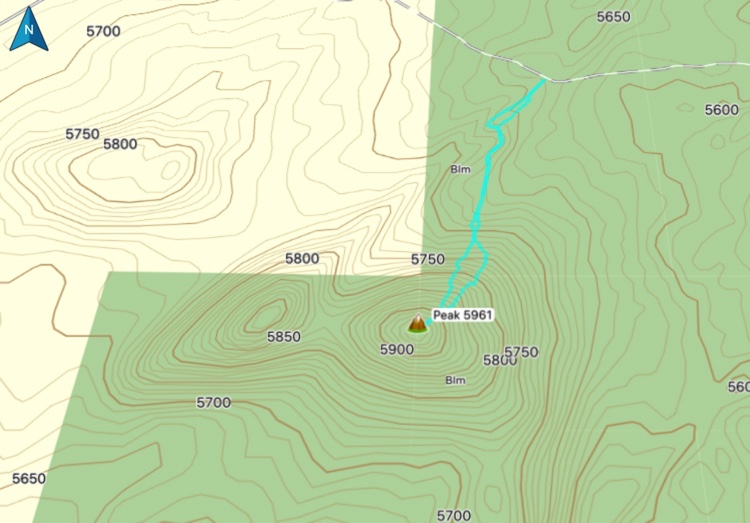