Peak 6145 is the southernmost ranked summit in the Pioneer Mountains. It is located northeast of Picabo, ID and is rarely visited. Peak 6145 has a lot of private land around it so be careful. Consult the BLM Fairfield map to stay out of trouble. It is a rather tedious ridge traverse from Peak 6025 to the north but a route along the ridgeline from Bradley Summit (over Peak 6025) is the only feasible route that is entirely on public land. USGS Picabo 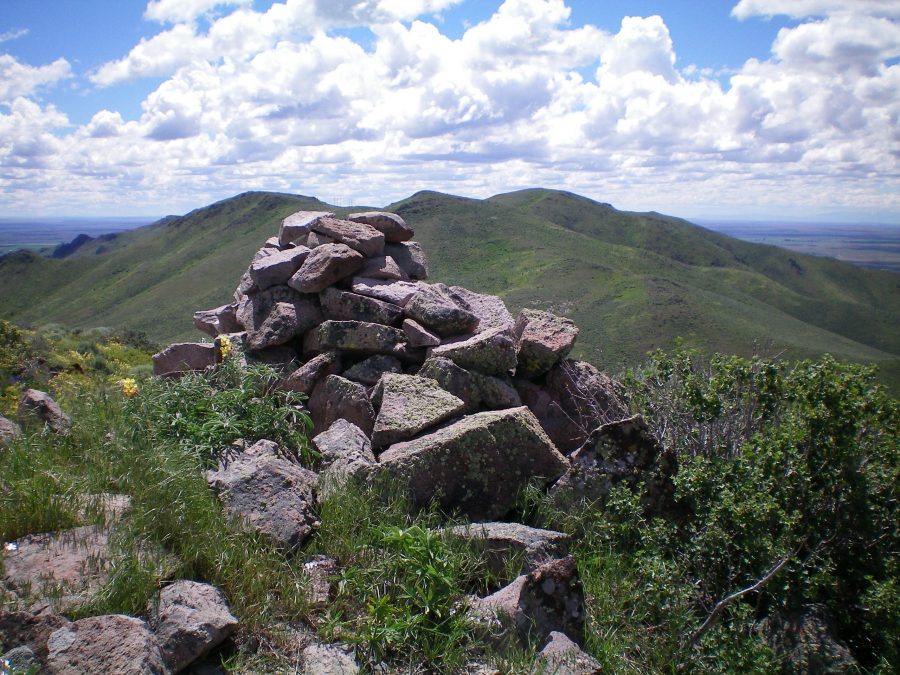 The summit cairn atop Peak 6025 looking south. Peak 6145 is the most distant hump right of center. The ridge traverse to get there is a tedious endeavor with lots of weaving and ups/downs. Livingston Douglas Photo

From the 5,660-foot connecting saddle with Peak 6025, follow the ridge crest southeast as it weaves around, has several ups and downs, and forces you to work your way through some tedious terrain at times—thick sagebrush, rocky outcrops, protruding base rock. If you complete the entire ridge traverse from Peak 6025 to Peak 6145, there is a whopping 900 feet of uphill in going from Peak 6025 to Peak 6145, yet only 120 vertical feet of net elevation gain. On the way back from Peak 6145, the ridge demands another 700 feet of uphill to DROP a net of 120 vertical feet. That in itself is tiresome. Be prepared for it.

Peak 6145 is a ridgeline summit with no summit cairn. It does have some summit boulders and downed fence posts and barbed wire at the high point. The next leg of this journey is to return northwest to the summit of Peak 6025 to descend its southwest ridge. Private ranch land prevents you from simply descending the west ridge of Peak 6145 to North Picabo Road. 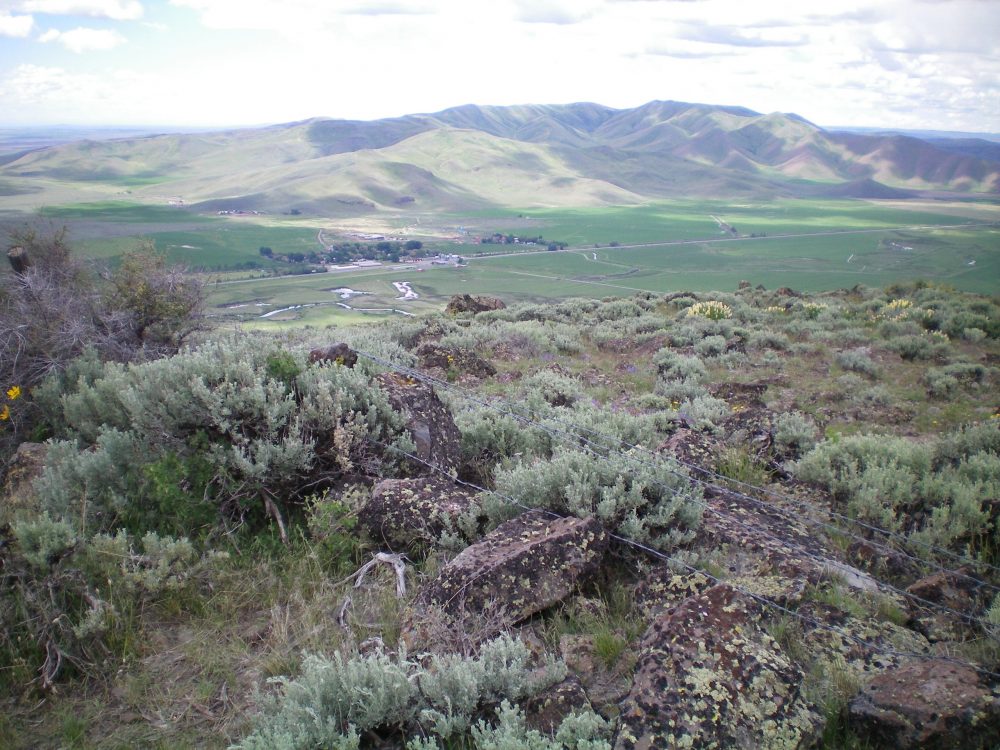 The summit boulders and scrub atop Peak 6145 with fence posts and barbed wire on the ground nearby. The hamlet of Picabo, ID is on the valley floor. The Picabo Hills are in the distance. Livingston Douglas Photo