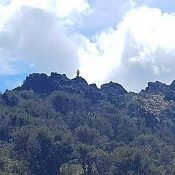 This peak is not in the book. Published May 2018 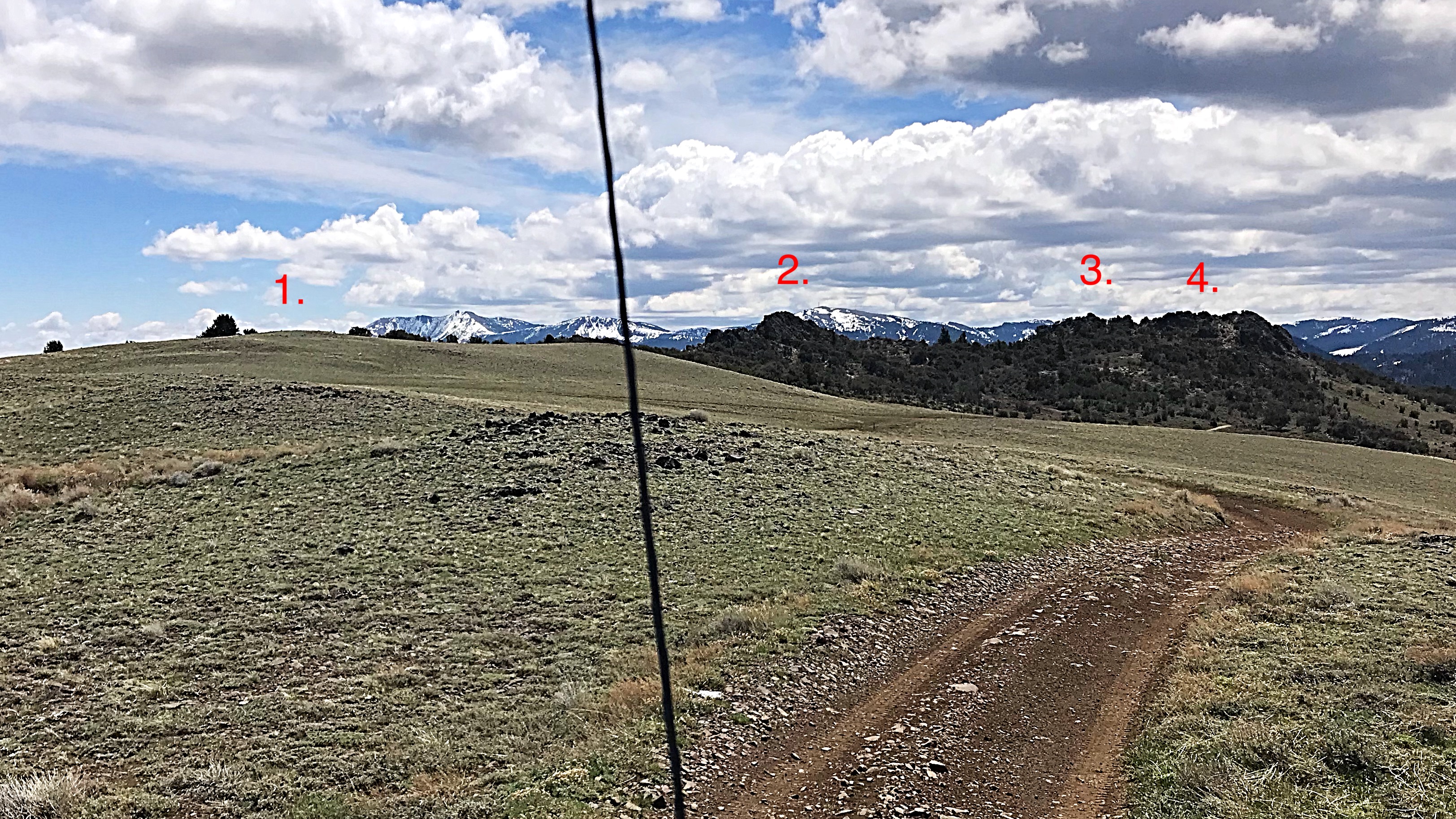 A windshield view of Peak 6820’s four high points. Each has the same final contour. And the winner is #3. 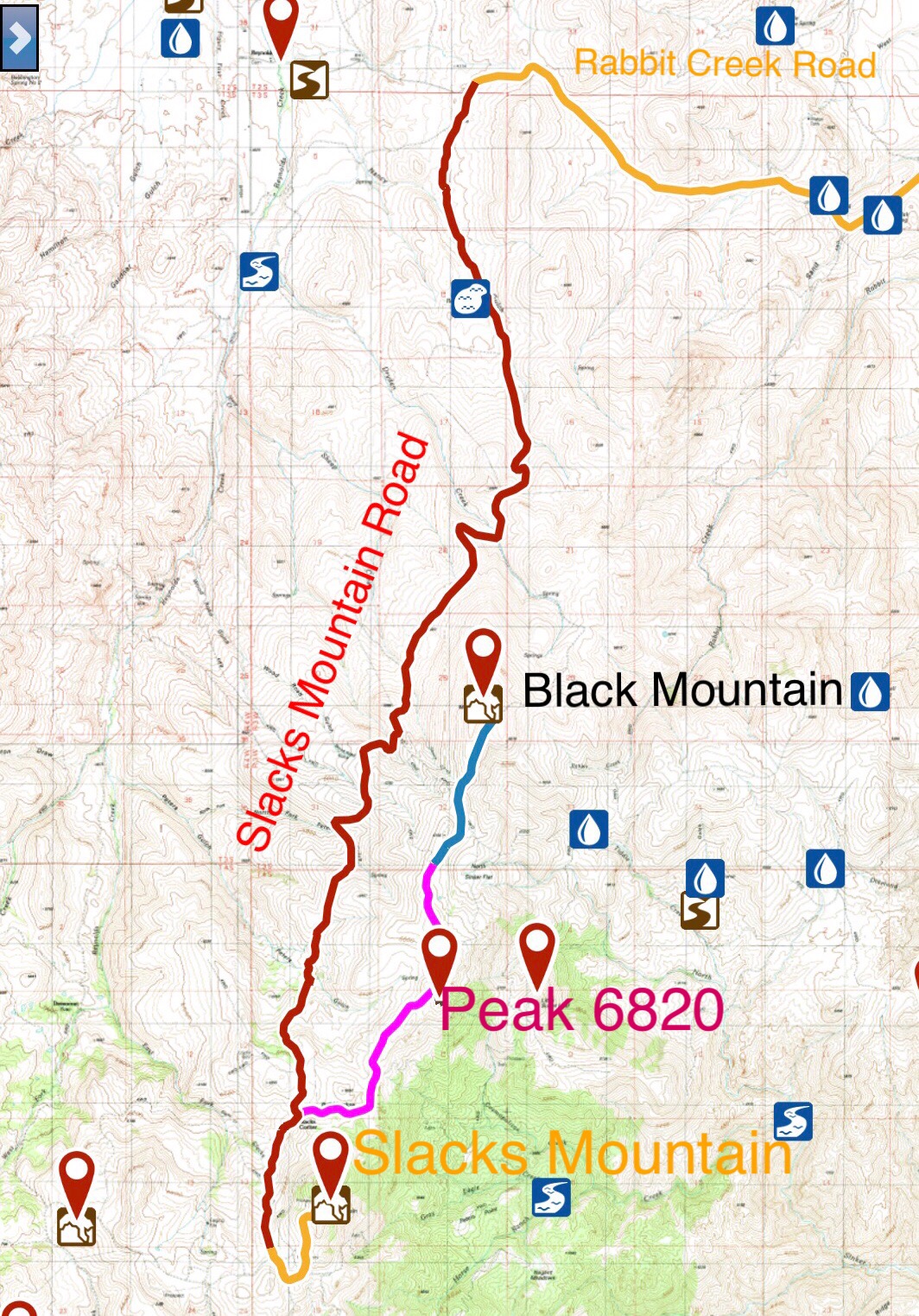 The Black Mountain Road from Slacks Corner to Peak 6820 is shown in pink on this map. 4WD, excellent all terrain tires, skid plates and off-road driving skills are all needed to safely drive this road.

The road crosses the West Face only 150 vertical feet below the summit. From the road, climb up to the summit ridge just north of the two southern summit towers. The route is brushy at first but then mostly open as it moves into a grove of mountain mahogany. At the base of the towers, move left to the base of the southeastern tower. A short but steep 15-foot climb gets you to the top. 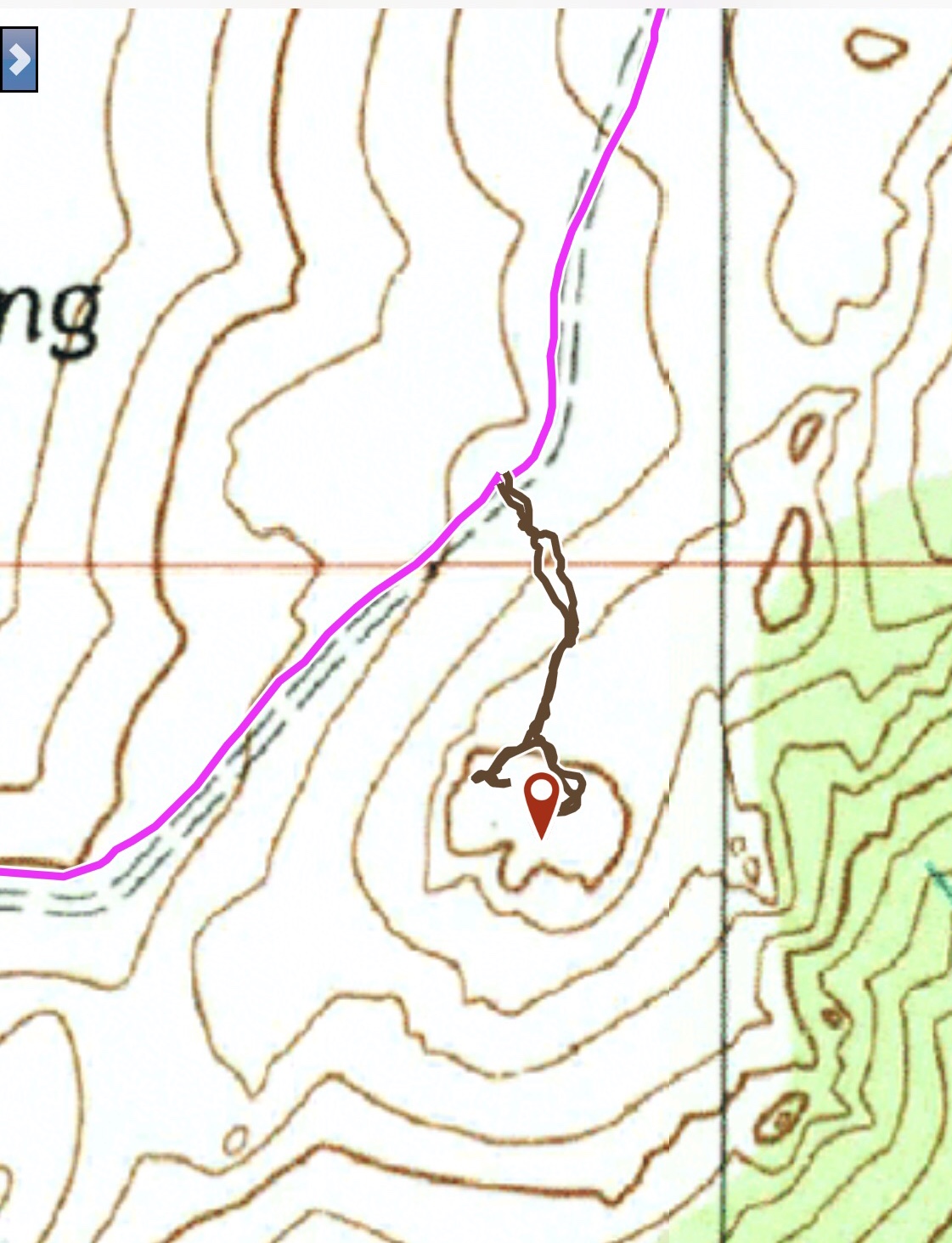 My GPS track to the top of the two southern towers. 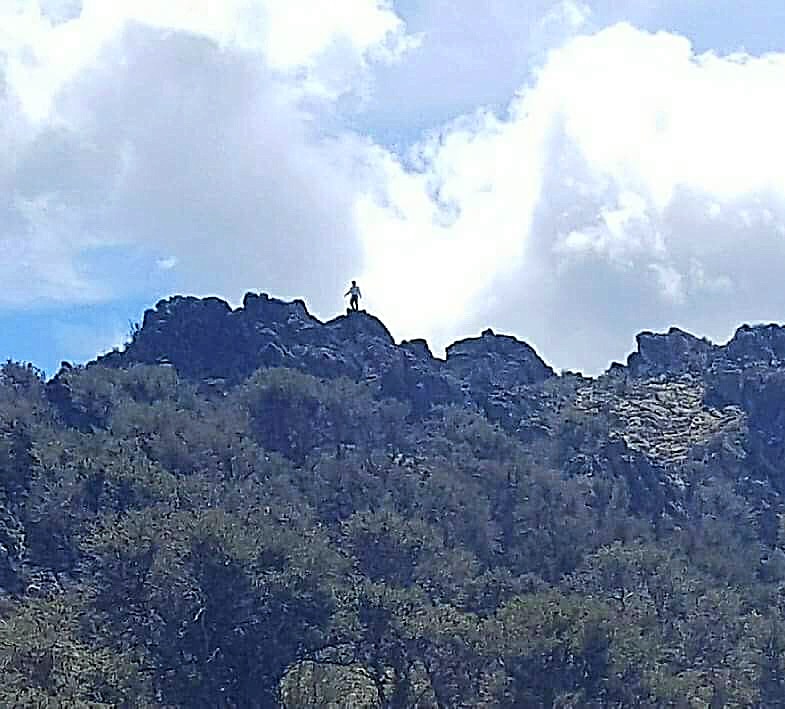 On top of the southwestern-most tower. A long drive for a ten-minute climb!