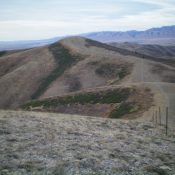 Peak 6842 is located at the southwest end of a high ridgeline that towers above Hay Canyon to the west. Peak 6890 is positioned at the northeast end of that same ridgeline. Climb both peaks together via a loop route that begins and ends on BLM-622 at an open meadow with a large cattle cistern. This is the second leg of a two-peak adventure. USGS Badger Hole Spring 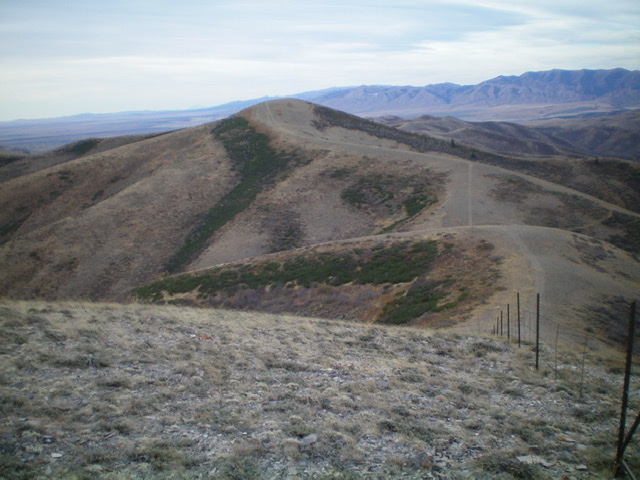 Peak 6842 as viewed from Point 6836 to the northeast. Livingston Douglas Photo

Same as for Peak 6890. This is the final leg of a two-peak trek that begins from BLM-622 down near the Holbrook-Black Pine Road.

From the 6,420-foot connecting saddle with Peak 6890, follow the remnants (sometimes none) of a 2-track road on the right/east side of a fence row southwest then south as it climbs up to the summit of Peak 6842. The terrain is easy, short grass and broken rock. I rebuilt the torn-down summit cairn.

The objective now is to descend southeast to a prominent gully and cross east over an intervening ridge to get back to BLM-622 and your parked vehicle. Get a good look at the topography from the summit and look for the easiest way to cross that intervening ridge (at a saddle to the south). From the summit, descend the south ridge on a decent 2-track jeep road to a ridge hump (Point 6600+). Leave the south ridge here and descend southeast on an obvious shoulder. This shoulder ends in a prominent north-south gully. The final descent to the gully is moderately thick with sagebrush. The gully is dry and has an old 2-track road in it (not shown on maps). It is now mostly used by cattle.

Follow this old road south for about a mile. Leave the gully and bushwhack left/east up a side gully to a flat, “saddle-like” ridge crest area on the intervening shoulder. This area is covered with brush and sage and requires some weaving. Angle southeast from the top of this wide shoulder and cross a second, minor gully. There are numerous cattle trails in this area to help expedite this part of the bushwhack back to the road. Angle southeast across a final, minor shoulder to reach BLM-622. Walk a short distance right/south on BLM-622 to reach the meadow and your parked vehicle. 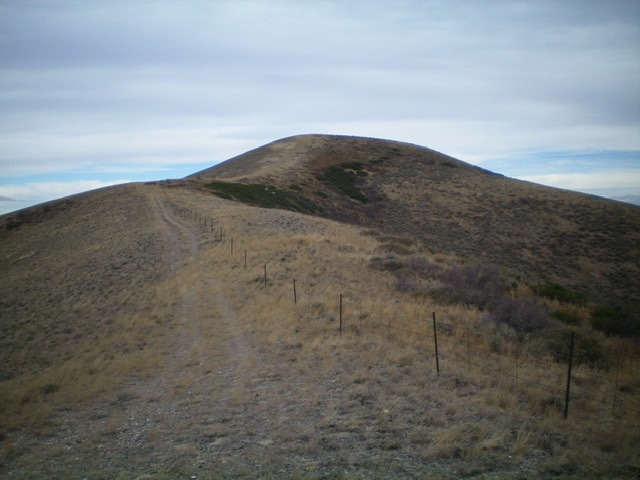 Peak 6842 as viewed from high on the south ridge. Livingston Douglas Photo 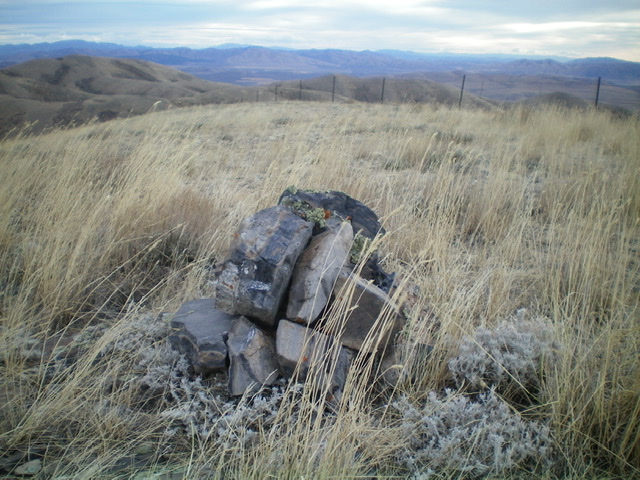 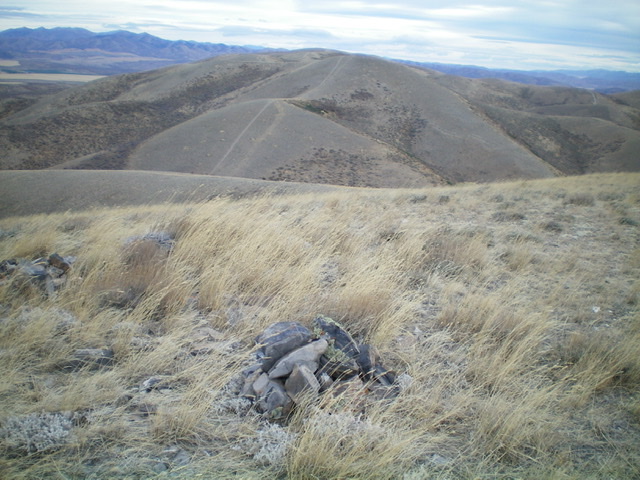