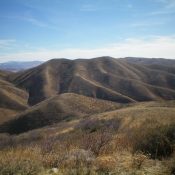 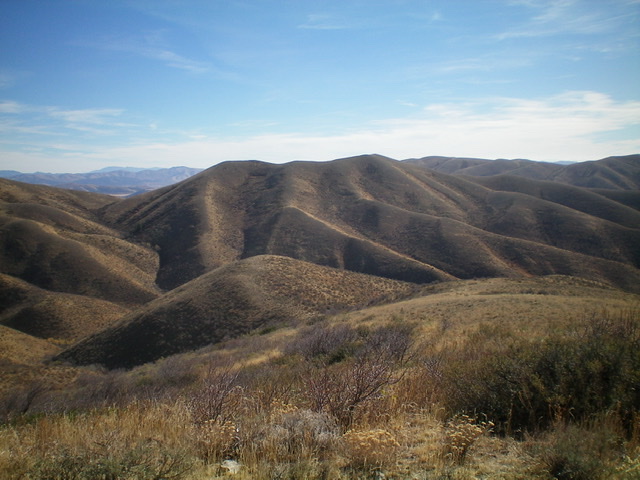 Peak 6844 as viewed from the west. The summit is right of center. Livingston Douglas Photo

Same as for Quaking Aspen Mountain. This is the second leg of a three-peak journey that begins along Crazy Canyon Road/FSR-606.

From the 6,540-foot connecting saddle with Quaking Aspen Mountain, follow a weak 2-track road southwest then south to a false summit. Continue south to the true summit of Peak 6844. The summit has a decent cairn. This climb is rated Class 2 for two reasons. First, the 2-track road is pretty weak and isn’t of much use. Second, the road does not go all the way to the summit. However, the short scrub and broken rock on the ridgeline make for an easy ascent. 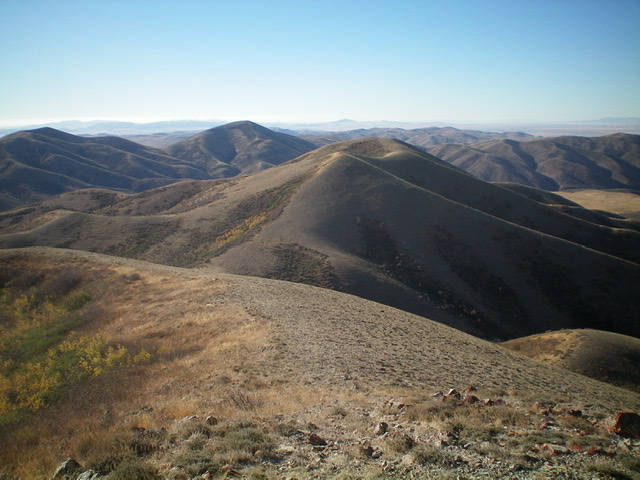 Peak 6844 as viewed from the north. The summit is right of center. It is not the first hump on the ridgeline. Livingston Douglas Photo 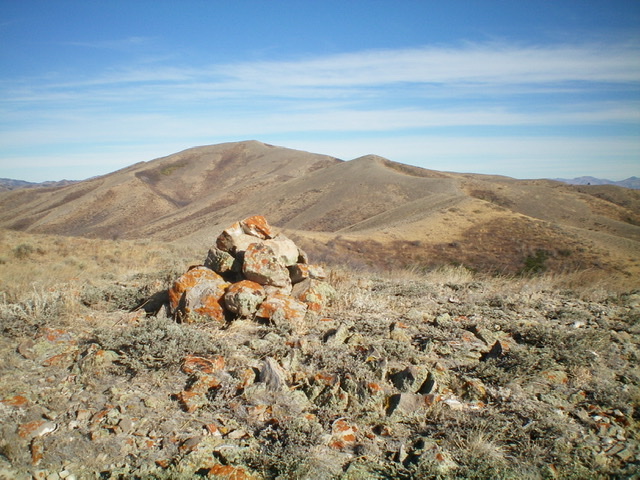 The summit cairn atop Peak 6844 with Quaking Aspen Mountain in the distance. Livingston Douglas Photo 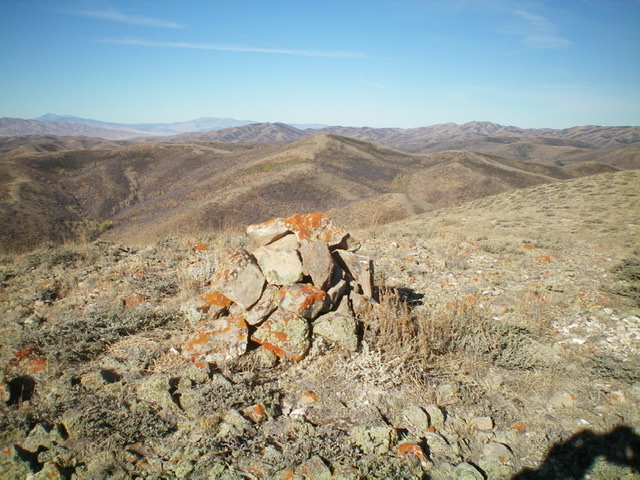 The summit of Peak 6844 with Peak 6770 in the background (dead center, mid-ground). Livingston Douglas Photo

From the summit, follow the ridge north briefly then descend an obvious shoulder westward toward a major gully that separates Peak 6844 from Peak 6770. Lower down, this shoulder bends left-ish/southwest. At that point, leave the shoulder and descend west steeply through thick sagebrush and other brush to reach the narrow, dry gully. Aim to reach the gully at the base of the steep east face of Point 6488. The gully is an unpleasant mix of brush and thick aspens. The center of the gully has a 2-track ATV road (not shown on maps) as well as a good cattle trail. The gully crossing is the low point of the traverse from Peak 6844 to Peak 6770 and concludes the second leg of today’s three-peak adventure. Peak 6770 is up next.