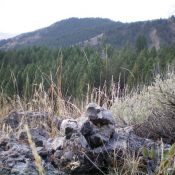 Peak 6945 is on a ridgeline mountain that separates Garden Creek from Rattlesnake Creek. It is overshadowed by its much bigger neighbor to the east, Old Tom Mountain (8,733 feet). Due to private property, Peak 6945 is best climbed in combination with Peak 6544 to its north from a 6,222-foot saddle on Garden Creek Road. Peak 6945 has an antenna installation on its summit and is home to at least two moose-deer hybrids (see photo). USGS Bradley Mountain

Peak 6945 (left of center) as viewed from the summit of Peak 6544 to its north. Livingston Douglas Photo

Same as for Peak 6544. This is the second leg of a two-peak journey that begins along Garden Creek Road.

From the crossing of Garden Creek (5,970 feet), walk south along the west side of the creek in a meadow to near its end at a shoulder that is initially forested. Leave the meadow and climb south-southwest up the shoulder to reach open terrain (brush and sagebrush). Scramble up the steep shoulder to a ridge crest. Follow the ridge crest briefly right/west to a higher point in a flattish ridge section. This ridge section is the east spur of Point 6913. Descend south steeply for 250 vertical feet to reach, and cross, a dry drainage.

From the summit, descend north-northwest on the 2-track jeep road to a saddle. Leave the road and continue northwest then north along the ridge, passing over Point 6906 on the way. The ridge is open and somewhat brushy, but not as bad as the ascent gully. From Point 6906, descend the ridge northward to a saddle. From that saddle, scramble northeast up to a saddle on the east spur of Point 6913.

You are now at the top of the northeast shoulder. Descend the shoulder in open terrain then pine forest to reach an open meadow and Garden Creek. Hike a short distance upstream to find the fallen log to cross to the east side of the creek. Climb up the steep, loose terrain of the southwest face of Peak 6544 and return to its summit. Descend its east ridge to your parked vehicle along Garden Creek Road. 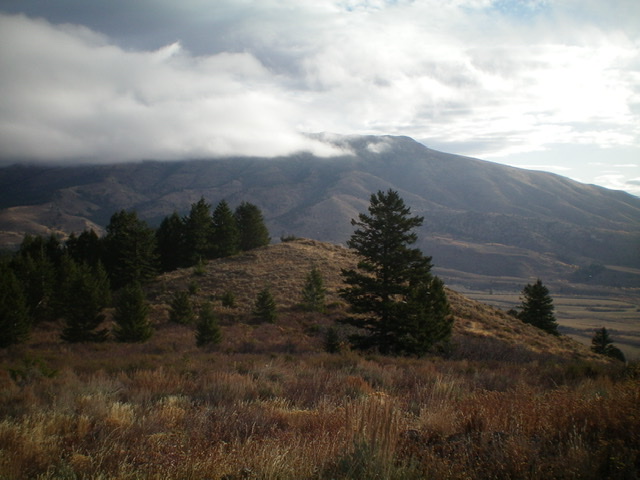 Looking east from the summit of Peak 6945. Old Tom Mountain is in the distance. Livingston Douglas Photo 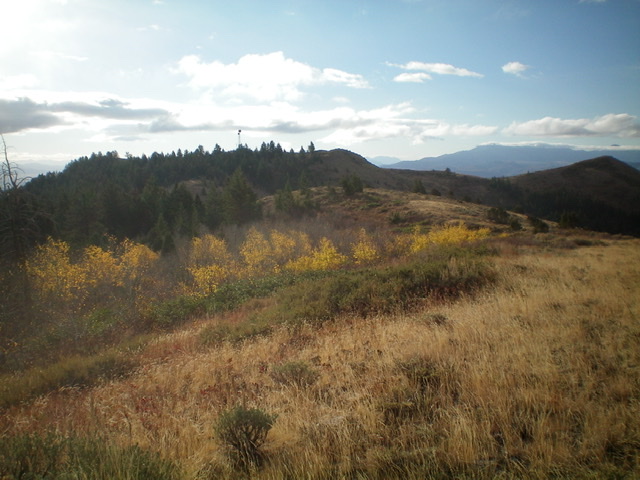 Looking back at antenna-clad Peak 6945 from the north ridge. The summit is left of center. Livingston Douglas Photo 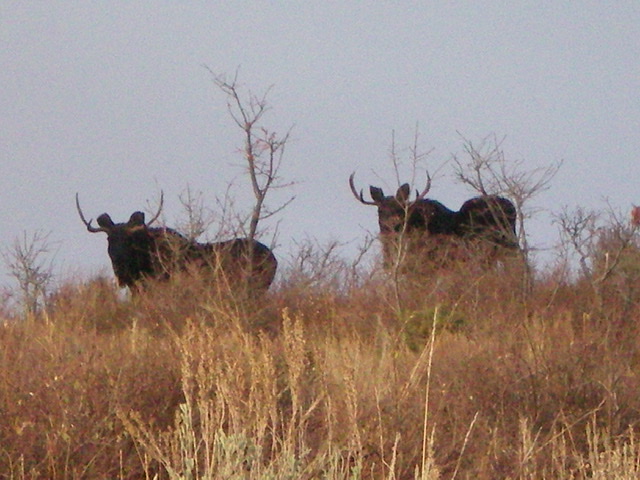 Two moose-deer hybrids on the east spur of Point 6913, just off the summit ridge of Peak 6945. Those ain’t moose antlers! Livingston Douglas Photo