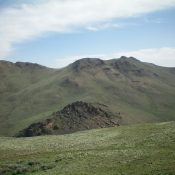 Peak 7248 is the easternmost of three peaks that surround a basin north of Timbered Dome: Peak 7444, Peak 7248, and Peak 6820. It is best accessed via the elusive Latham Hollow Road which begins at Antelope Creek Road. USGS Grouse 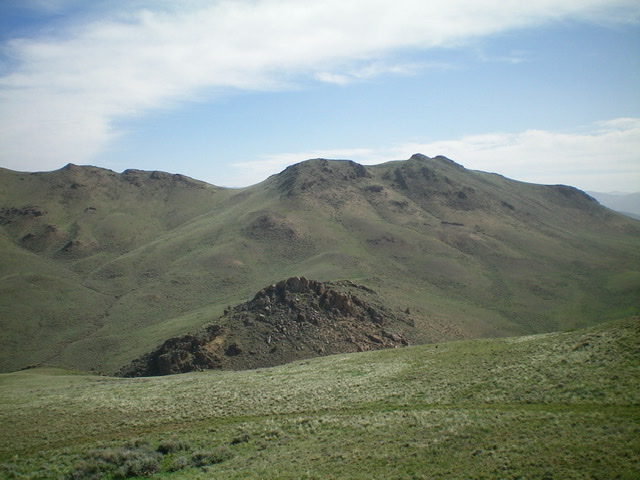 Peak 7248 as viewed from the southwest. The summit is the rightmost of two humps just right of center in the photo. Livingston Douglas Photo

Same as for Peak 7444. This is the second leg of a three-peak journey on the north side of Timbered Dome.

From the 6,820-foot connecting saddle with Peak 7444, follow a shoulder southeast to cross the southwest ridge of Point 7218 and continue southwest down an undulating ridge to reach a saddle at the base of the west ridge of Peak 7248. Scramble east up the final section of ridge (Class 3) to reach the summit. 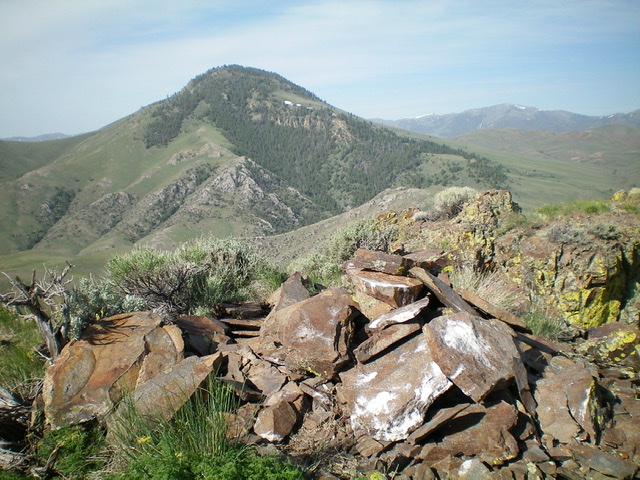 The summit cairn atop Peak 7248 with Timbered Dome in the background. Livingston Douglas Photo

From the summit, descend the upper west ridge (Class 3) to a minor saddle. From here, descend south down a gully. Angle diagonally right/west onto a shoulder and follow it down to a jeep road that leads west to the head of a drainage with two cattle fences to cross. This is the base of the west ridge and concludes the second leg of today’s three-peak journey. Peak 6820 is up next.