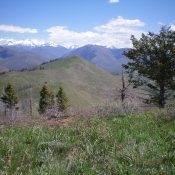 Peak 7315 is mostly on private land. However, the summit area is split between BLM land and private land. The connecting ridge with Peak 7405 is mostly on private land, but there is a stretch of it that is BLM land. Consult the BLM Sun Valley map to see the property lines. Peak 7315 and Peak 7405 share a ridge line that towers over Deer Creek to the south. It is an area that is free of snow much earlier than its higher-elevation neighbors to the north. USGS Mahoney Butte 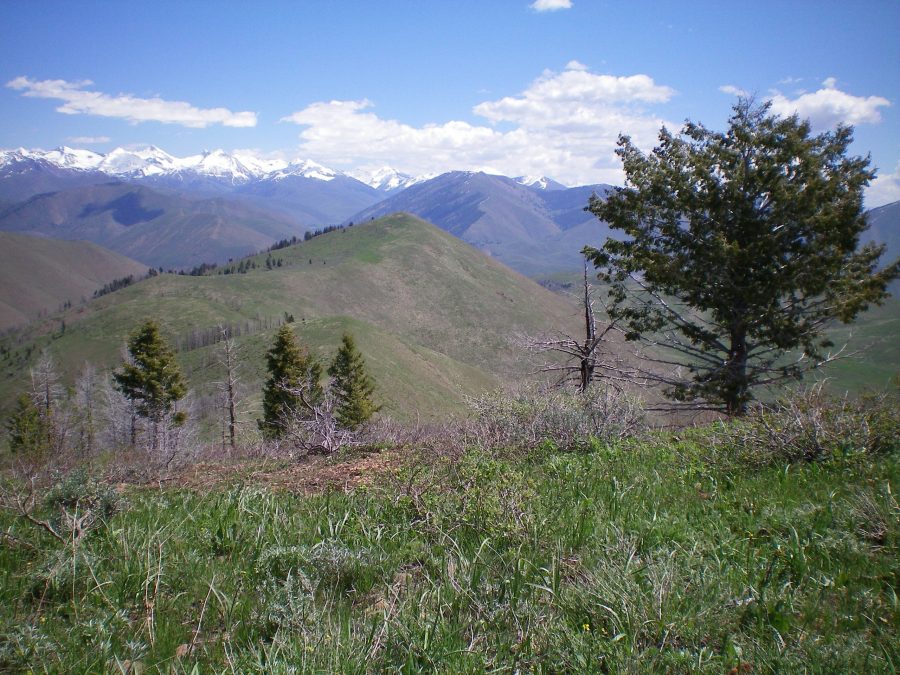 Peak 7315 as viewed from the east summit of Peak 7405. The summit hump is in the center of the photo, with a long, gentle, undulating ridge leading to it. Livingston Douglas Photo

Same as for the south ridge of Peak 7405. This route is the final leg of a ridge traverse from Peak 7405.

From the 6,900-foot connecting saddle with Peak 7405, follow the rounded ridge crest to the better-defined summit ridge area. The terrain is easy, short scrub and broken scree. This summit is rarely visited. The summit cairn was small and getting overgrown with vegetation so I rebuilt it and enlarged it. There is a nice view of Hailey from the summit. 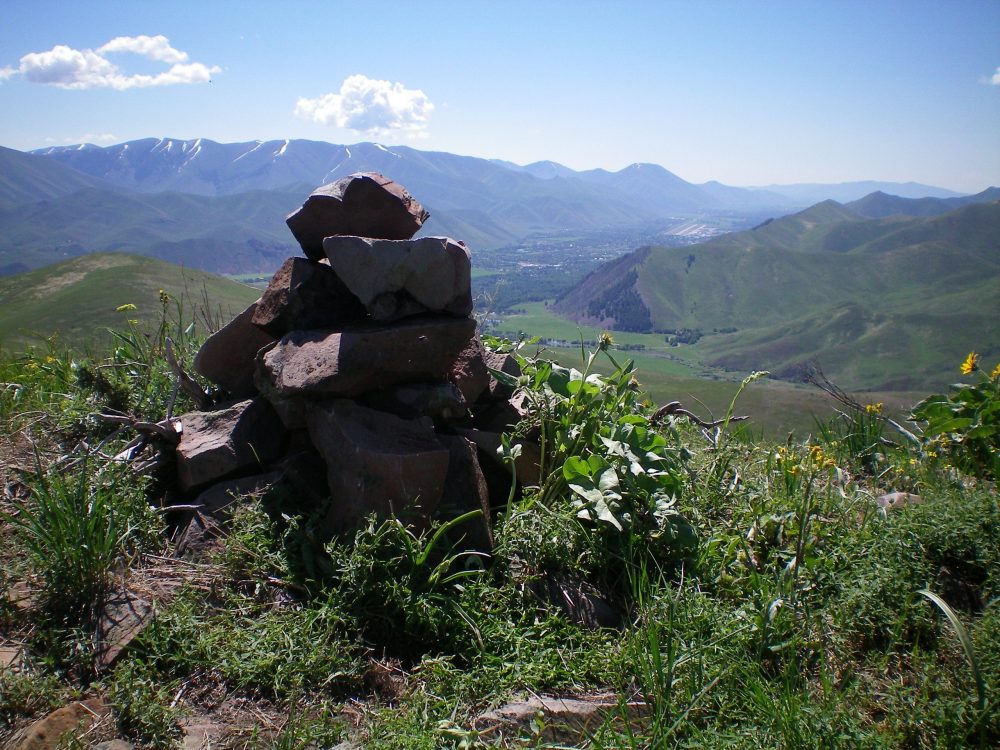 The summit cairn atop Peak 7315 with Hailey on the valley floor in the distance (upper right of photo). Livingston Douglas Photo