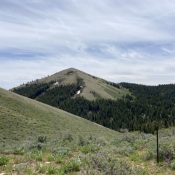 This  peak is identified on Page 353 of the book as the Sublett Range High Point, but I had no information on the peak at the time the book was published and no route information was included. Subsequently, Rick Baugher’ climbed the peak. His informative trip report is linked below. Updated May 2021

The Sublett Range High Point is an attractive cone-shaped peak located on the eastern edge of the range due west of the former town of Roy, Idaho and ID-37. It is, by a few feet, the highest of the many seven thousand foot peaks found in the range. As with most Sublett Range Peaks the view from the top is expansive. USGS Sublett Troughs 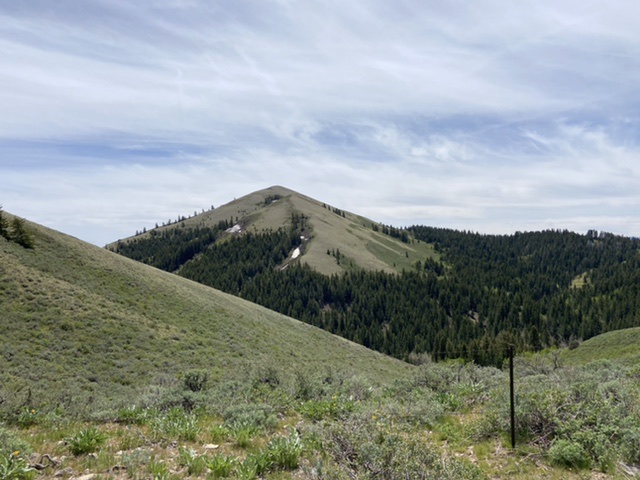 The Sublett Range HP viewed from the north.

There is good primary road access to this peak from both the east or west. Google Maps will provide you with good directions to most points in Sawtooth National Forest portion of the Sublett Range.

Which ever way you get access the road follow it to its unsigned junction with FSR-578. Turn onto FSR-578. A high clearance vehicle with AT tires is recommended from this point. Follow FSR-578 north up the North Fork Sublett Creek to Hartley Pass. This road was graded in May 2021 but is still rougher than FSR-565. From the pass follow FSR-571 south for 2.8 miles. This road was also graded in May 2021 but was nevertheless much rougher and occasionally choked by brush. Turn right onto overgrown FSR-569 which leads to the base of the peak. In 2021 this seldom used road was blocked by a downed tree after 0.6 miles. 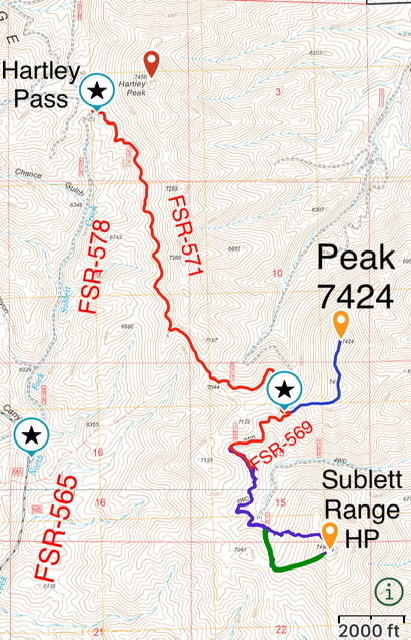 We parked after following FSR-569 for 0.5 miles. If the downed tree is removed the road, although brushy in places, would get you to the base of the peak’s west face. Hike the road to the base of the west face. The lower sections of the base are forested and brushy and as a result it is the most difficult part of the climb. Leave the road, crash through the brush to the open slopes above. Our descent line avoided most of the brush but encountered a bit of downfall. 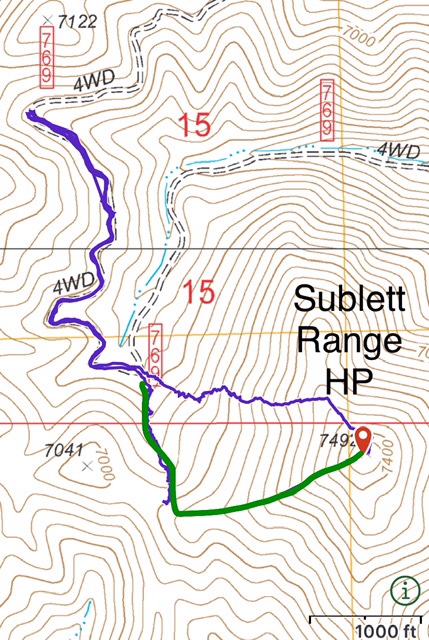 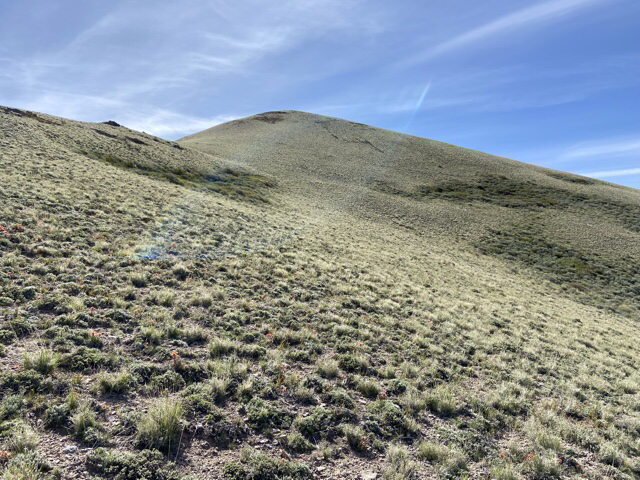 Above the Forest and brush the open slopes are easy to traverse.