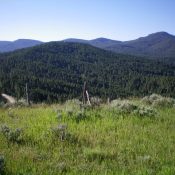 Peak 7496 is located in the Western Centennials above Porcupine Pass (7,062 feet). It is one of three humps of similar height that are south or east of the pass and are close to each other: Peak 7496, Point 7388, and Peak 7428. This area is thickly forested and navigation can be an issue so don’t take it lightly even though the peaks are only 7ers. USGS Lookout Point 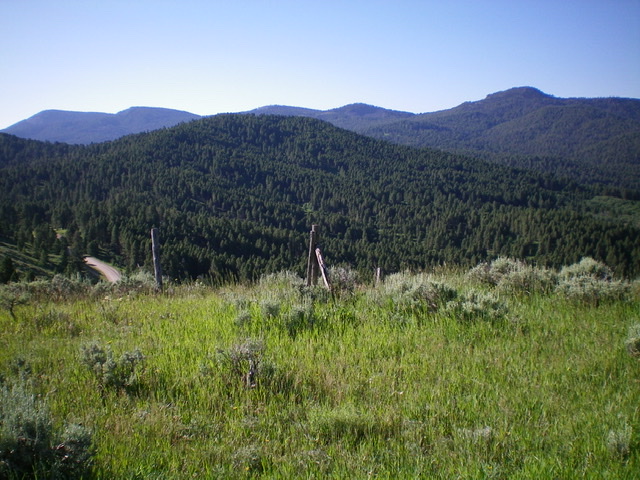 Peak 7496 (forested in center, mid-ground) as viewed from the north. Livingston Douglas Photo

Porcupine Pass is reached from I-15 at Exit 184/Old Beaver. Drive north then northeast on FSR-006 for about nine miles to Porcupine Pass. I reached Porcupine Pass from Kilgore, ID so I do not have specific mileage figures from Exit 184 on I-15. Porcupine Pass is signed and has a parking pullout as well as a dispersed camping area.

From the parking pullout on Porcupine Pass, follow the left/east side of a fence row southward into the forest. This fence row lacks a path alongside it so it acts purely as a navigational tool. Bushwhack up through a forested face which soon becomes a well-defined ridge. Climb up the ridge crest and ignore the fence row as it moves below the ridge on its right/west side and then rejoins the ridge later. The pine forest is relatively easy and open and presents no major problems. You will soon reach the semi-open summit of Peak 7496. The pine forest is nearby but there are partial views from the open side of the summit area. There was nothing on top so I built a small summit cairn with the few loose rocks that I could find. 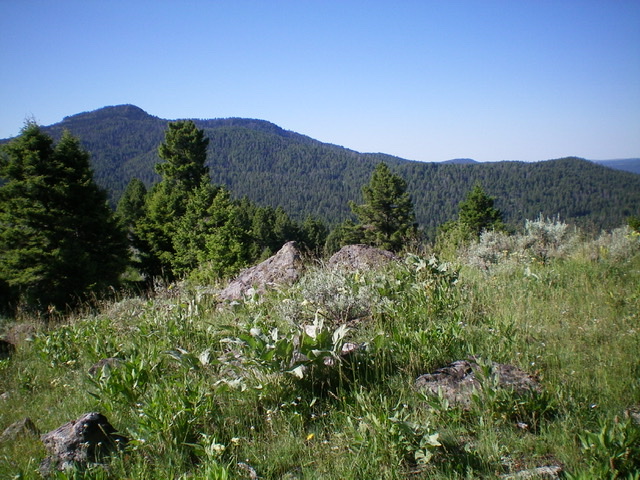 Looking south at higher peaks from the summit of Peak 7496. Livingston Douglas Photo 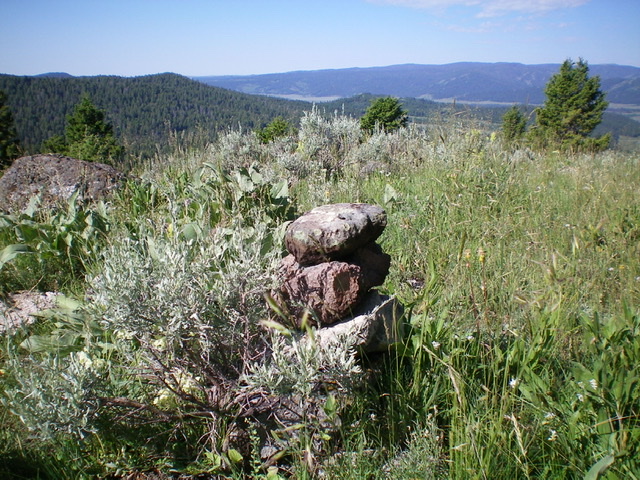 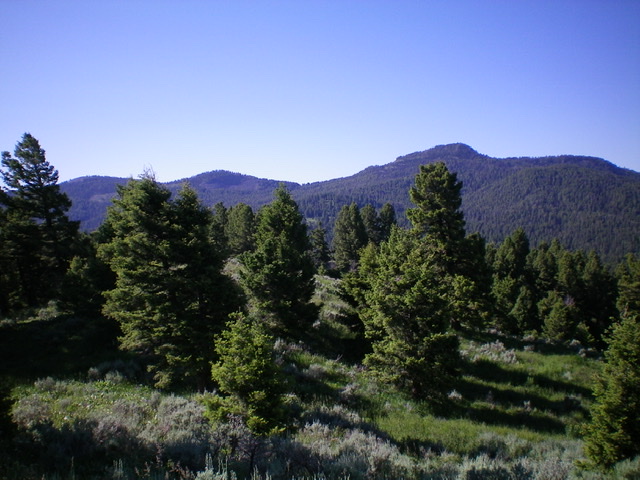 The summit of Peak 7496, looking southeast; the forest is nearby. Livingston Douglas Photo

From the summit, descend north then northeast to find a saddle at the head of a dry gully that is clogged with aspens. The forest bushwhack is of moderate difficulty and is not as pleasant as the forest on the north ridge. The 7,260-foot saddle is an area of open grass/sagebrush with scattered pines and is NOT a thick forest as the USGS topo map suggests. But this is not the connecting saddle with Peak 7428, the next objective. That second saddle is to the southeast and is a lower saddle (7,140 feet). Contour east-southeast in semi-open and [sometimes] open sagebrush to reach a shoulder (of sorts). Descend right/south from here to the 7,140-foot saddle at the base of the southwest face of Peak 7428. This concludes the first leg of today’s 2-peak journey. Peak 7428 is up next.