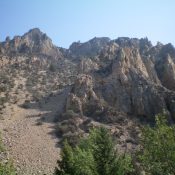 Peak 7719 towers over the Bayhorse townsite. Its south and west faces are quite rugged. An old 2-track road leads to the summit up its easy north ridge. Peak 7719 falls only one foot shy of being a ranked summit. USGS Bayhorse 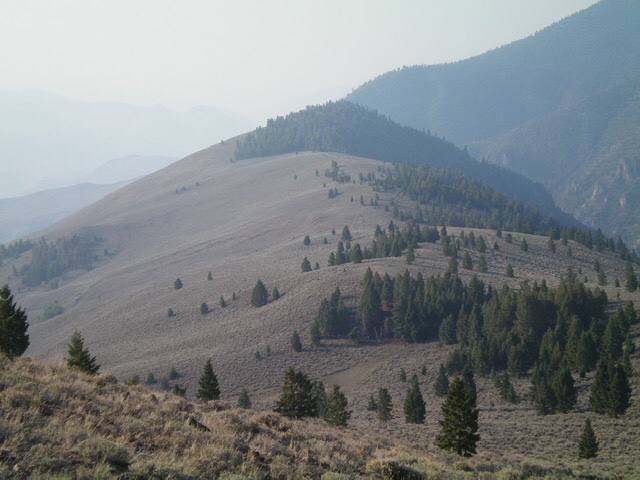 Peak 7719 and its gentle north ridge (my ascent route) as viewed from the north. Livingston Douglas Photo

From the 7,660-foot connecting saddle with Peak 8329, follow the 2-track road southward as it meanders on or near the ridge crest and then heads up through a patch of pine forest to reach the semi-open summit. The summit of Peak 7719 had no cairn, so I built a small one. The summit offers a magnificent view of Bald Mountain to the south. Contrary to the USGS topo map, the 2-track road goes all the way to the summit. 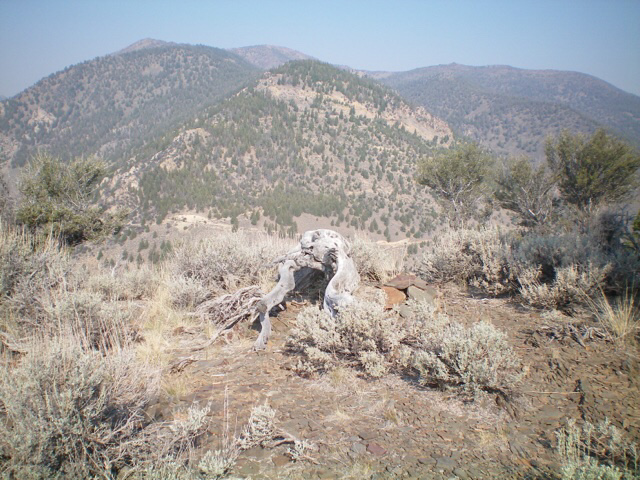 From the summit, return north down the 2-track road to the first saddle after exiting the forest. This saddle is at about 7,500 feet. Leave the ridge here and descend directly west down the steep face to return to FSR-052 in Beardsley Gulch. This west face is a steep slope of shale scree/gravel with scattered pines. It provides good visibility of the terrain below and can be boot-skiied for most of the descent. Aim to reach FSR-052 at a clearing/junction with some old mining remains and a split-rail fence at a side road for “Beardsley Excelsior” (sign). Follow FSR-052 down to Bayhorse and Bayhorse Lake Road. Follow the road 0.2 miles east to your parked vehicle. 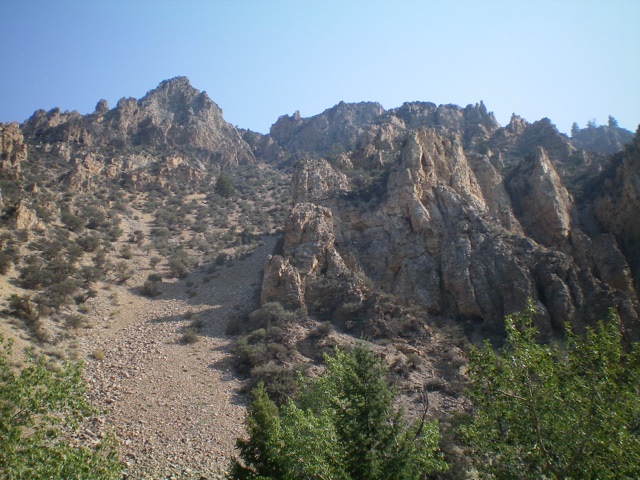 The rugged southwest face of Peak 7719 as viewed from Bayhorse. Livingston Douglas Photo