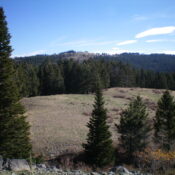 This peak is not in the book. This peak was climbed on the same excursion as Peak 7936. Published November 2022 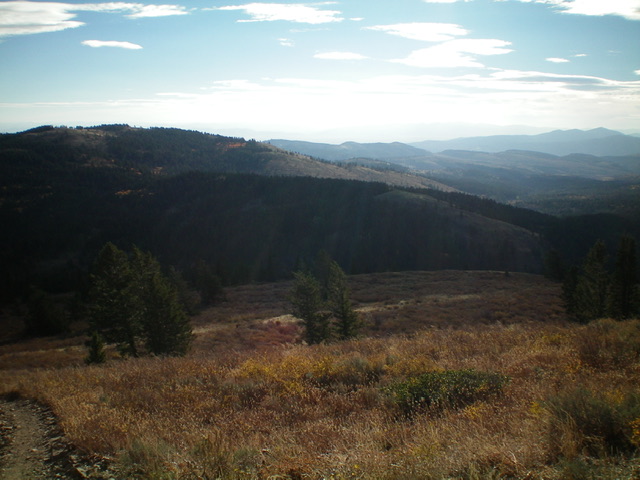 From the trail junction in the meadow along FSR-013 at 7,060 feet, bushwhack southeast up through a reasonably easy pine/aspen forest to reach open scrub terrain atop Point 7397. You can readily see the open scrub terrain on the west face of Peak 7767 from here. But reaching that open terrain won’t be easy. There is a lot of thick forest between here and there with some strange undulations and wiggles in the somewhat ill-defined ridge.

Bushwhack east then northeast through an undulating pine forest with some pockets of open scrub on a very convoluted “ridge” of sorts. A final push northeast up through a somewhat thick patch of forest puts you in open scrub terrain. Scramble east up the open slope to the scrub-covered summit of Peak 7767. The high point is at the west end of the flattish, elongated summit area. It is NOT a small, obvious hump as the USGS topo map suggests. There was a small, torn-down cairn on the high point. So I rebuilt it. 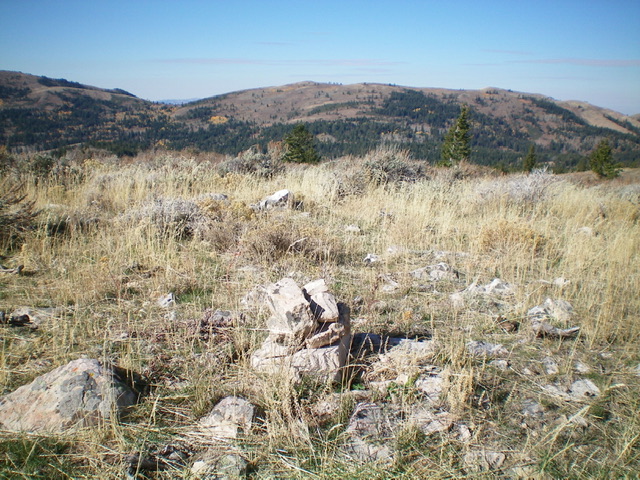 The summit cairn atop Peak 7767 with Peak 7936 in the distance. Livingston Douglas Photo 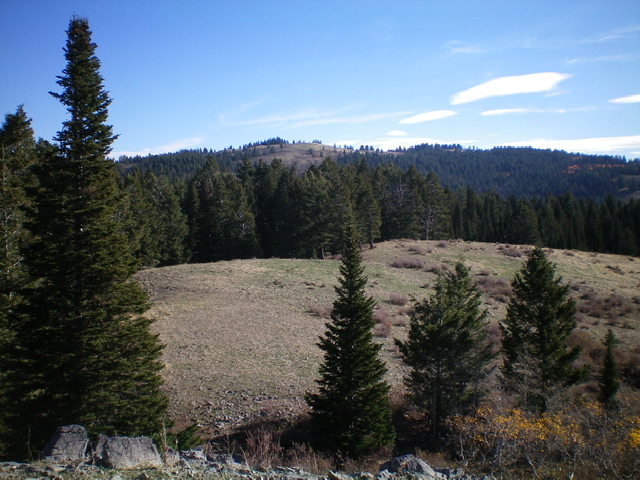 The summit of Peak 7767 (open hump just left of center in distance) as viewed from Point 7397 to its west. Livingston Douglas Photo

From the summit, head east then southeast across endless scrub. After skirting a patch of aspens, drop to an open scrub saddle. From the saddle, scramble southeast up more scrub to reach the southeast summit (Point 7760+) which measures awfully close to the height of the official summit of Peak 7767. Based on the land mass above the final contour line, Point 7760+ IS the high point on this ridgeline. Stand atop both potential high points just to be sure.

From Point 7760+, descend relatively easy scrub on the open, rounded south ridge east-southeast then south to a critical juncture at about 7,300 feet. From this ridge juncture, descend right/southwest to a flat, open mesa, crossing a fence row on the way. That fence row comes up from the mesa and crosses the main ridge crest. As I found out, this fence row is your ticket home. Grab it and hold onto it like it’s your best friend.

Follow a cattle/use trail on the left/east side of the fence row down to the mesa and continue to follow the fence row (on a very good cattle/use trail) all the way down through the forest and down to its crossing of FST-239, an ATV trail. Follow FST-239 right/west for about 1/8 mile to its junction with FSR-013. Hike a mile south on FSR-013 to return to the dispersed campsite and your parked vehicle.