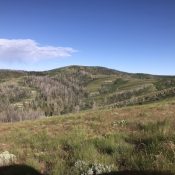 This peak is not in the book but the Samaria Mountains are discussed on Page 357 of the book.

Samaria Mountain is identified by name on some maps but it has not been officially recognized by the Board of Geographic Names. The mountain is identified on the Samaria USGS quadrangle as Wood Benchmark. It is a popular destination for peakbaggers because it has 2,400 feet of prominence. A road, BLM-614, passes across the peak’s South and West slopes. If you have a 4WD you can drive this road to within 350 vertical feet and 0.5 miles of the summit. USGS Samaria 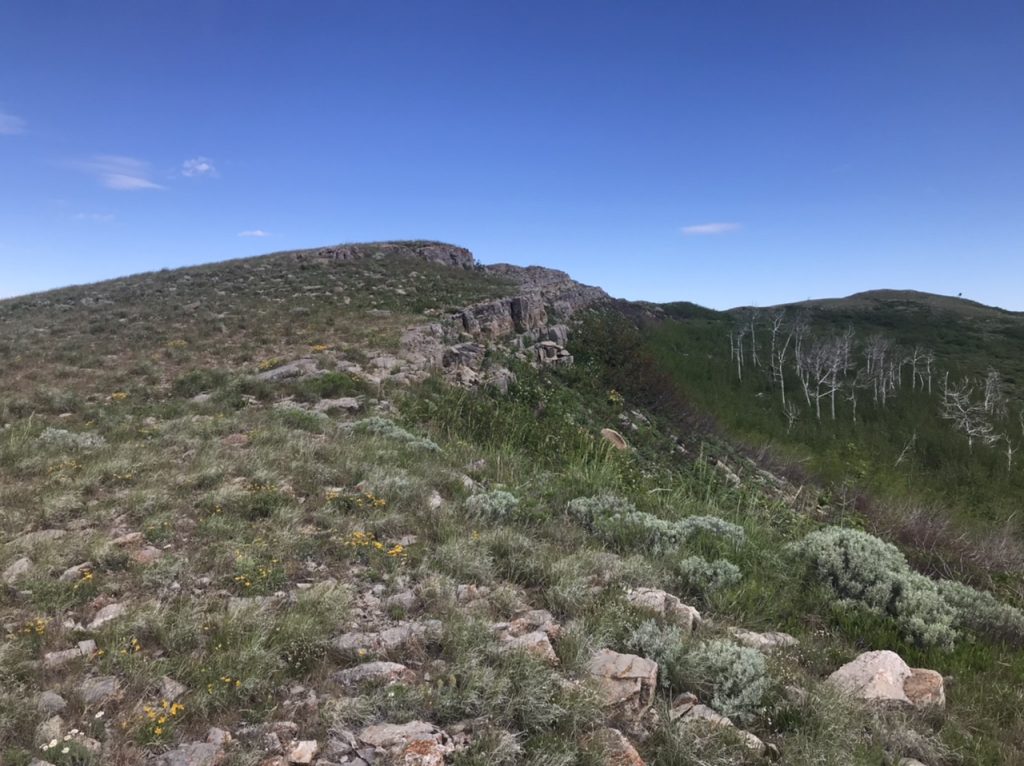 The summit ridge of Samaria Mountain has two high points. The northernmost is the highest by a few feet.

To approach this small mountain range, use the BLM’s Malad City land status map. The roads shown on that map are accurate. The only recommended approach route to this peak is BLM-614. This road traverses the range crossing Gardner Canyon on the east side of the range, then crossing the high, southern slopes of Samaria Mountain and finally descending south down North Canyon Road where it connects with the maintained gravel Middle Canyon Road on the Idaho/Utah border. The Gardner Canyon portion of BLM-614 is a more direct route into the range from a paved road. It Is a 4WD road. The North Canyon portion of BLM-614 is the less rugged approach. Nevertheless, a 4WD is recommended for the entire road. Follow BLM-614 to either the base of the peak.  Go to the Samaria Mountains page for additional approach maps. 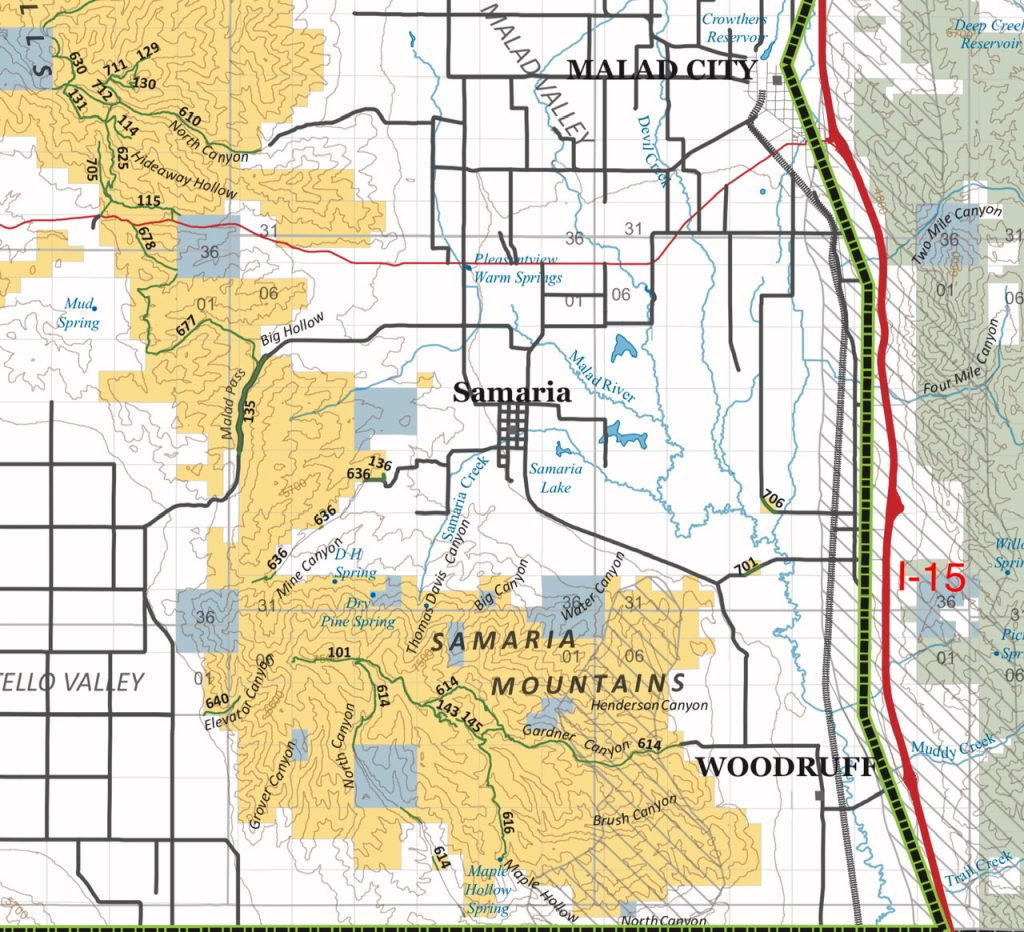 The crux of climbing Samaria Mountain is a range fence that blocks the way. This broad ridge is the easiest route to the summit. Park at the locked green gate. Either climb over the locked gate or scoot under it on the left side. Once on the north side of the fence it is an easy walk to the top. 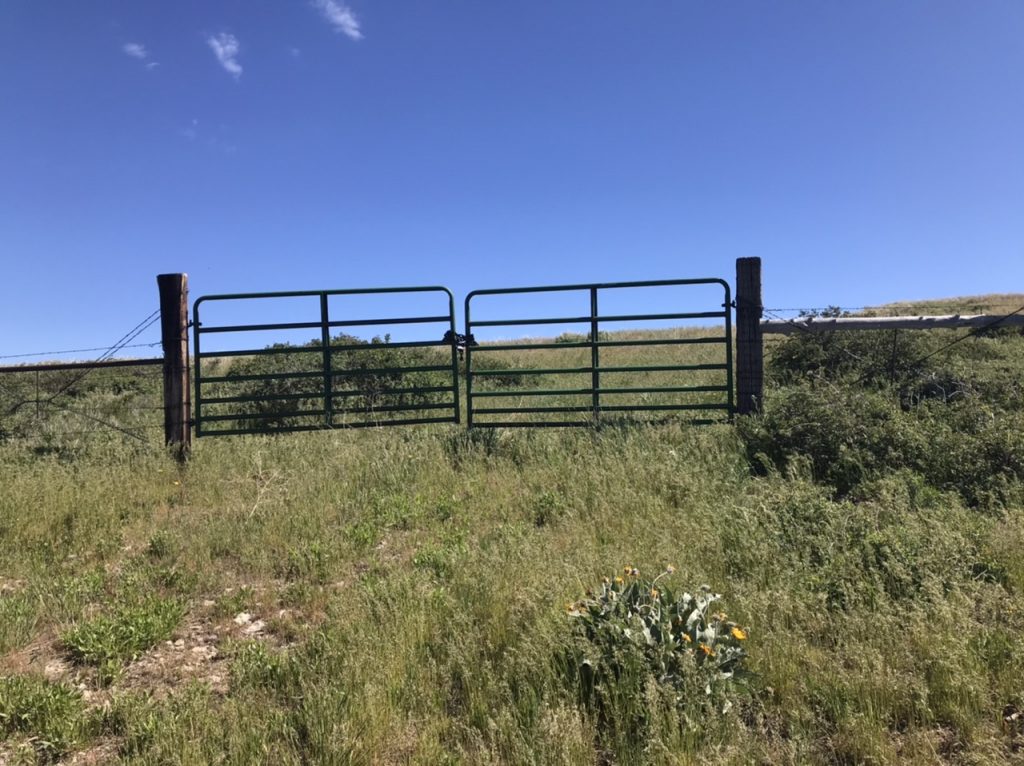 This gate is the starting point and crux of the Northwest Ridge route.

This route starts where BLM-614 crosses a cattleguard at the base of the peak’s southern slopes. Park at this point and follow the east side of the fence line uphill to a second fence. In 2020 there was section of loose wire near the junction of the two fences that was easy to crawl under. Once past the fence, hike to the top. 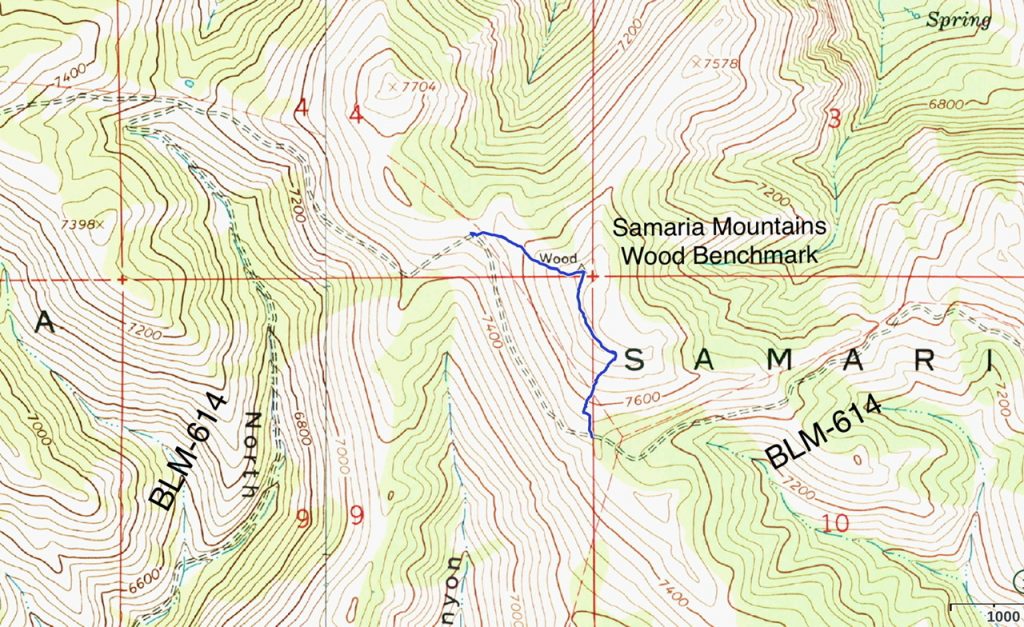 The two recommended routes are shown on this map. The fence lines (light red lines) are not accurately located on this map. 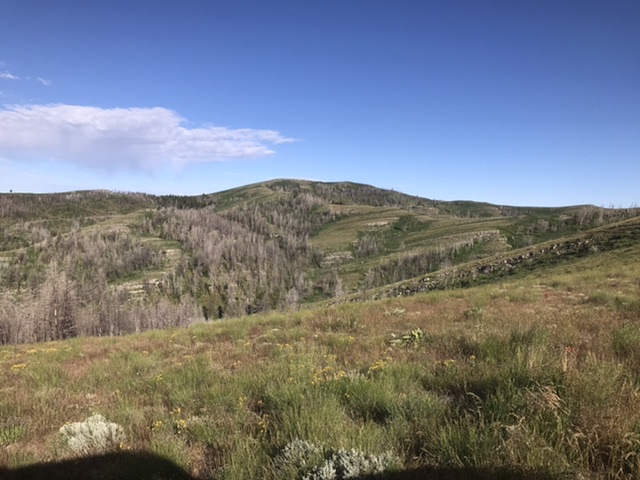 Samaria Mountain viewed from the east.