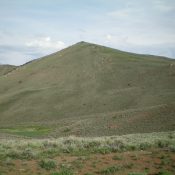 Peak 7955 is a gentle giant that sits between Mountain Spring Canyon to the south and Box Bailey Corral Canyon to the north. The easiest ascent is via the northeast ridge and the Waddoups Canyon jeep road. No doubt it receives more bovine visitors than human ones. USGS Grouse 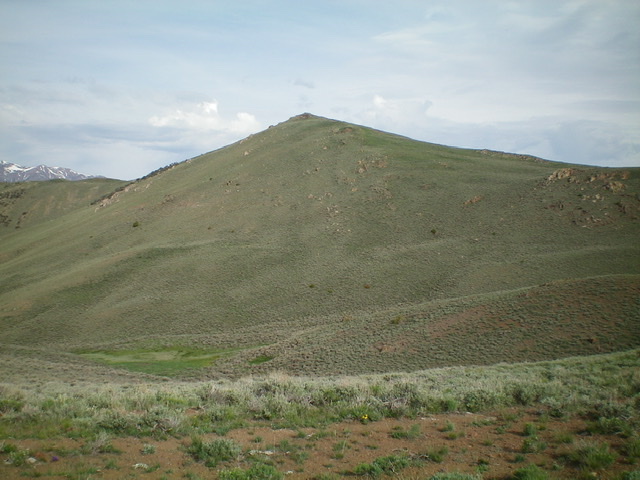 Peak 7955 as viewed from the southeast. Livingston Douglas Photo

Same as for Peak 7761. This is the second leg of a two-peak adventure that begins at the mouth of Ras Canyon.

From the saddle at the base of the northeast ridge of Peak 7761 (Saddle #1), follow the Waddoups Canyon jeep road north to a saddle that separates Peak 7955 (to the southwest) from Point 7926 (to the east). From the latter saddle (Saddle #2), follow a weak 2-track road (now just a grassy clear-cut) southwest toward the summit of Peak 7955. When the road ends, scramble southwest to the small summit, bashing through sagebrush for the final 100 yards to the top. The summit of Peak 7955 is a collection of boulders with a summit cairn to adorn them. The birds of prey seem to love this spot as a launching point for their exploits. 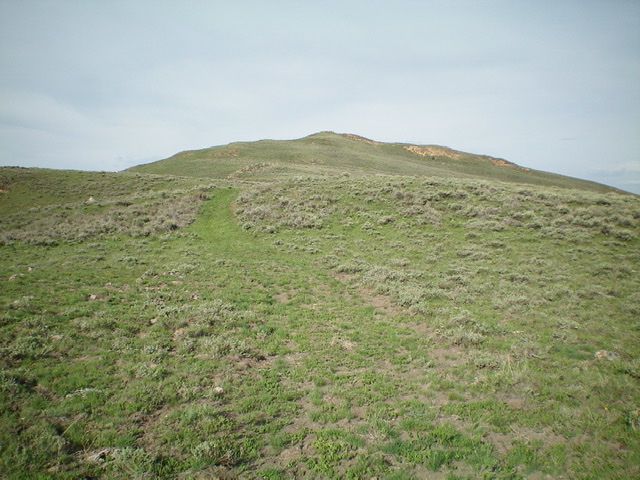 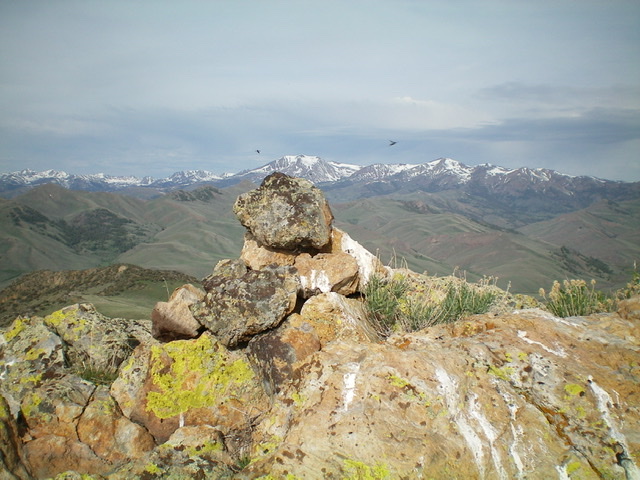 The Descent to Ras Canyon, Class 2

From the summit, return to Saddle #2 then follow the Waddoups Canyon jeep road south to Saddle #1. From there, continue along the jeep road (which degrades into a 2-track road) as it heads southeast down a gully to reach Richardson Spring. The 2-track road makes a sharp right/south turn here and ascends steeply to a ridge line. The road follows the ridge line southeast to a broad saddle then turns sharply right/south and climbs up the north side of Point 7309, skirting its east side then dropping to saddle between Point 7309 and Point 7241 where the 2-track ends. From this narrow saddle, descend a shoulder southwest directly down to Ras Canyon. This shoulder is forested and rocky high up but is wide open, rounded, and gentle lower down. Upon reaching Ras Canyon, follow the old 2-track southeast back to the mouth of the canyon to your parked vehicle.