Peak 8038 sits at the head of Marshall Canyon and Corral Creek. It is the next-door neighbor of Tincup Mountain (8,220) to its west. It is most easily reached via Bear Canyon Road and FST-464. It is a fun scramble up the southwest ridge from the 7,620-foot connecting saddle with Tincup Mountain. USGS Tincup Mountain 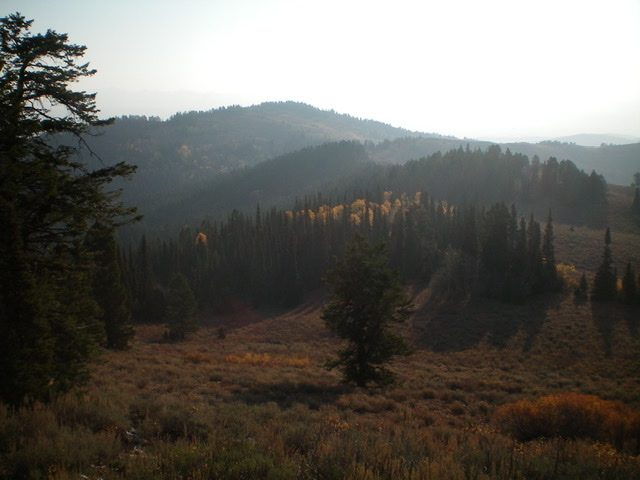 Peak 8038 (forested, left of center in the distance) as viewed from Tincup Mountain to the west. Livingston Douglas Photo

Same as for Tincup Mountain. This is the second leg of a two-peak journey that begins on Bear Canyon Road.

From the 7,620-foot connecting saddle with Tincup Mountain, follow a good use trail (FST-463) up the center of the southwest ridge. This trail is NOT shown on the USGS topo map. Higher up, the trail bends right-ish/east. Leave the trail here and bushwhack northeast up through sagebrush to reach the flattish summit ridge. This ridge goes east-southeast and quickly enters a thick pine forest.

There are some minor, hidden undulations in the forest. You soon reach a possible summit high point (the northwest summit). The ridge now bends right/southeast to drop slightly then rise to reach the true/southeast summit of Peak 8038 in open terrain. Based on the USGS topo map, this is the high point. There was nothing on top. 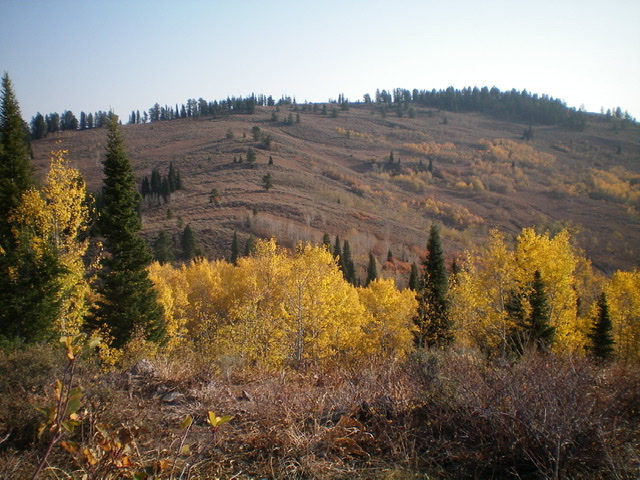 Peak 8038 as viewed from the southwest. The summit is far right of center, behind the pine trees. Livingston Douglas Photo 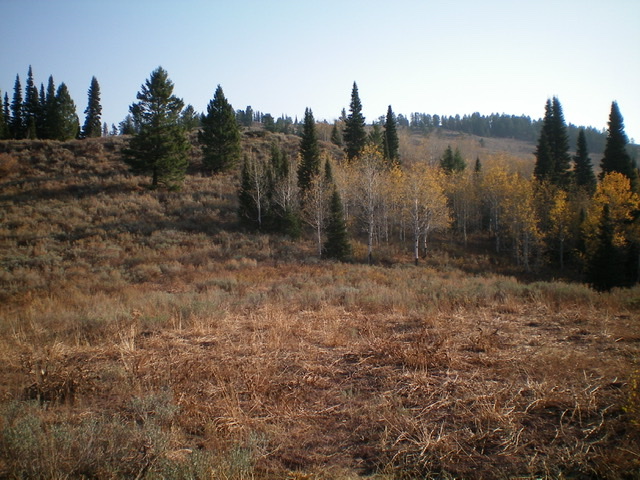 Looking up the brushy southwest ridge of Peak 8038. The summit is at far right, behind the pine trees. Livingston Douglas Photo 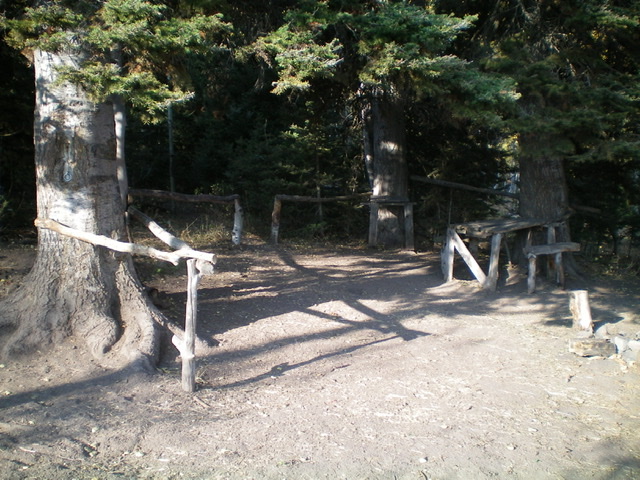 An elaborate horse/hunter camp at the connecting saddle at the base of the southwest ridge of Peak 8038. It includes tables, benches, a small corral, rails (to tie up horses), 2 metal rings on trees (to secure horses), cut firewood, and shade from the afternoon sun. First come, first served. Livingston Douglas Photo 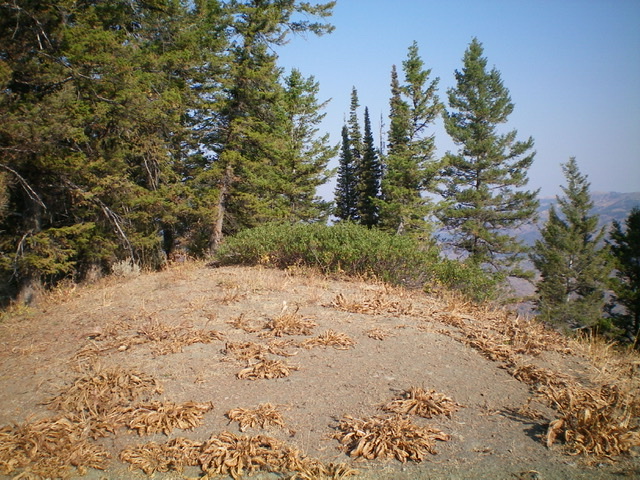 The summit of Peak 8038. The small patch of willows is the high point. Livingston Douglas Photo 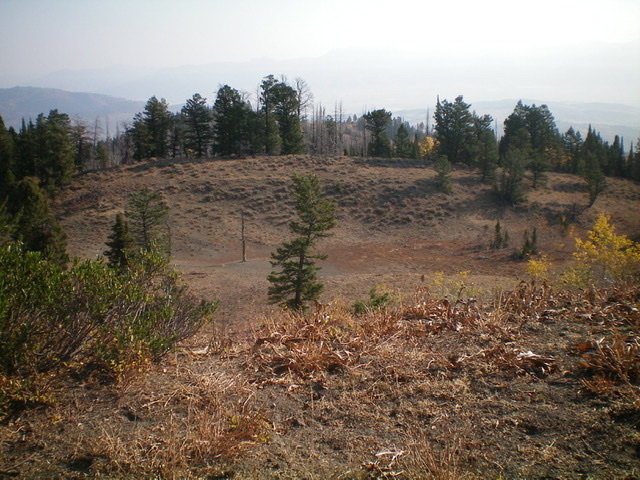 Looking northeast from the summit of Peak 8038. The [lower] hump in dead center (mid-ground) is Point 7960+. Livingston Douglas Photo 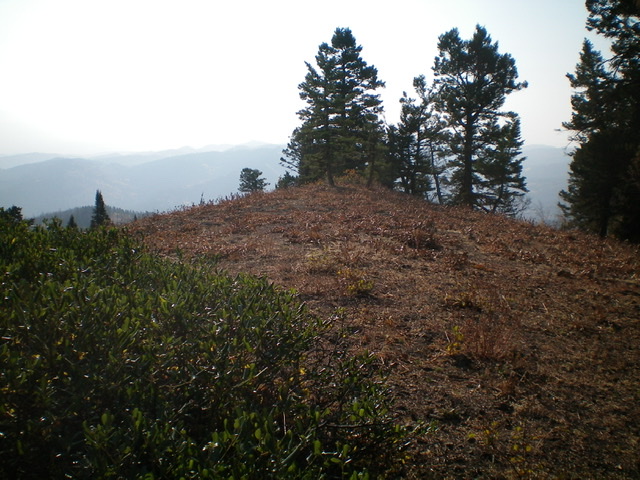 The summit area of Peak 8038 on a smoke-hazy morning. Livingston Douglas Photo

Return to the connecting saddle via the ascent route. From the saddle, follow FST-464 as it ascends diagonally right (south) to cross a ridge crest (cairn here) and immediately descend switchbacks to reach Bear Canyon and an old jeep road. FST-464 is narrow, overgrown, and hard to follow in some of the open brushy areas. Some of the switchbacks are LONG but it sure beats bushwhacking through the thick forest and brush in this area.

FST-464 is unsigned and reaches the old Bear Canyon jeep road (for ATVs and rugged 4X4s only) in a large, open meadow. Follow the road down Bear Canyon to get back to the corral where this journey began. The road crosses to the right/west side of Bear Canyon Creek shortly before reaching the corral. No worries. The creek goes underneath the road through a culvert.