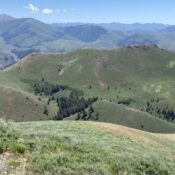 This peak is not in the book. Livingston Douglas added a new descent route and two photos to this page. Updated November 2022 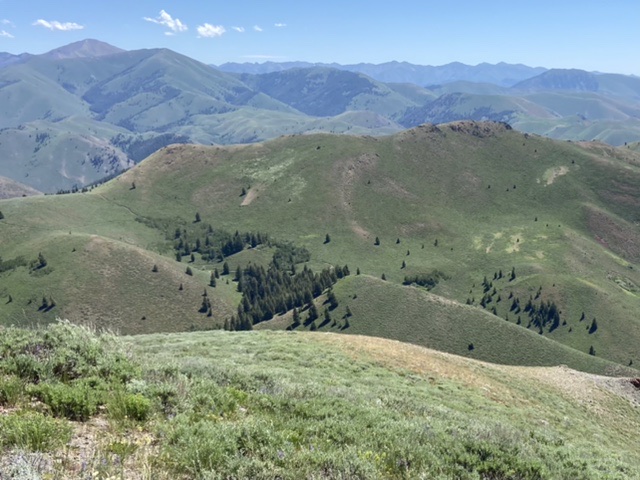 The route is shown on the map below. This route climbs up steeply to the top of the ridge and then follows the undulating ridge to the summit in 0.5 miles with just under 400 feet of elevation gain. 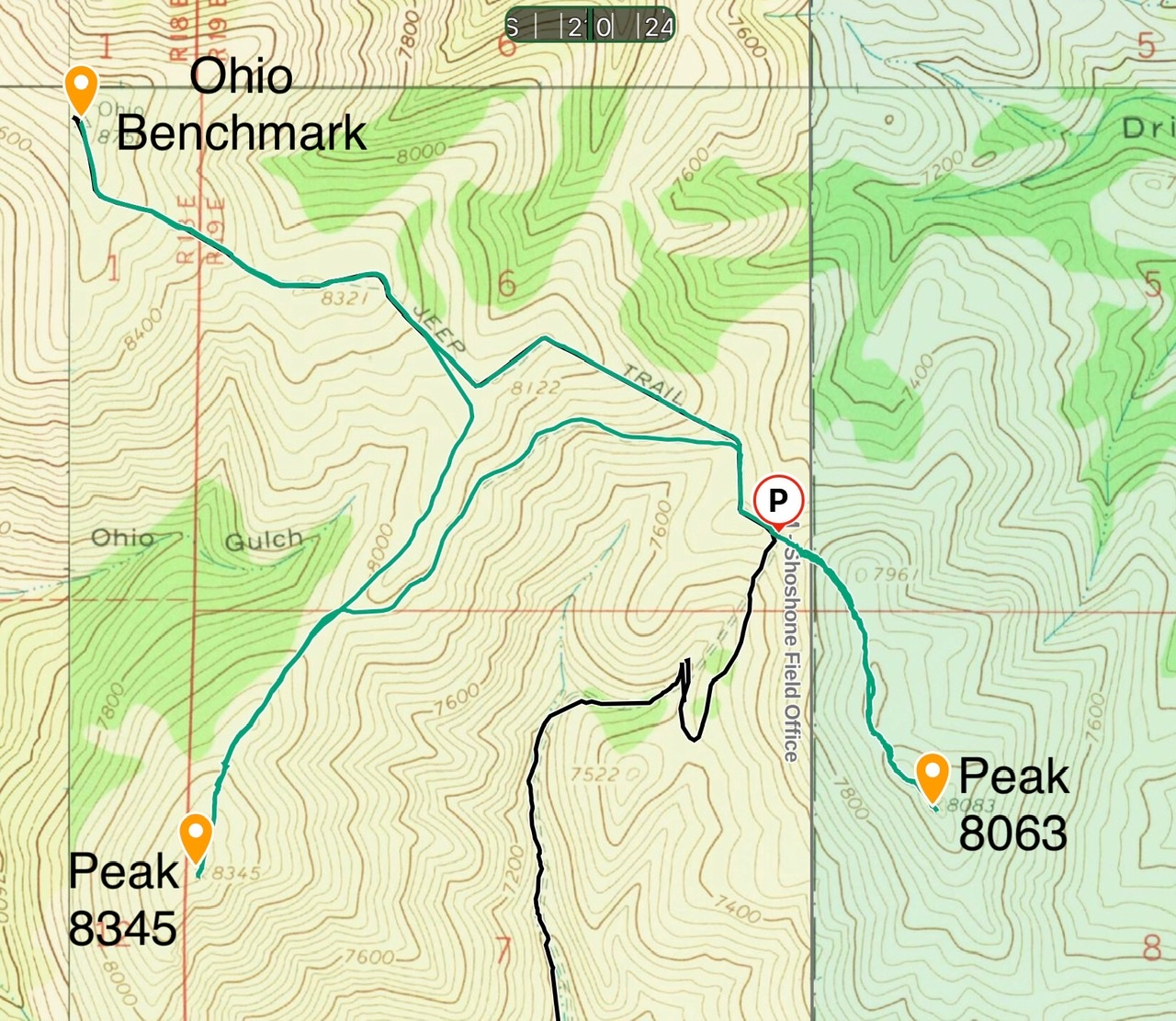 From the summit, descend northwest back over the false summit to the 7,980-foot saddle. From there, bushwhack west directly at the sharp turn in Indian Creek Road, which is quite visible below you. The terrain on the west face is thick sagebrush with a very loose scree/gravel base. Once on the road, return to your parked vehicle. 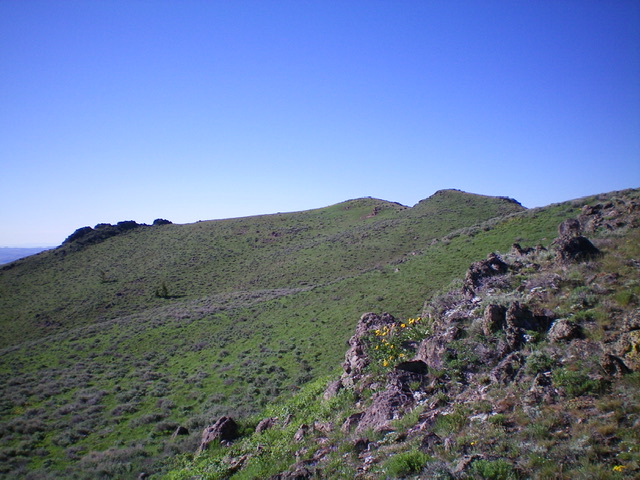 Looking up the northwest ridge of Peak 8083. The summit hump is in dead center. Livingston Douglas Photo 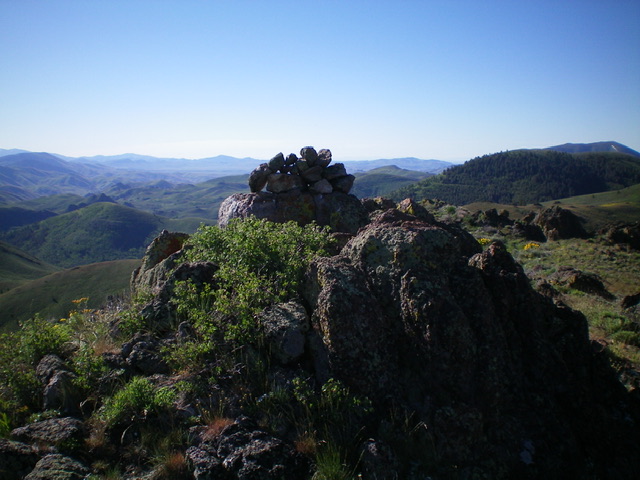