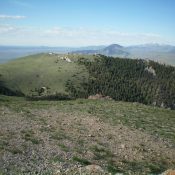 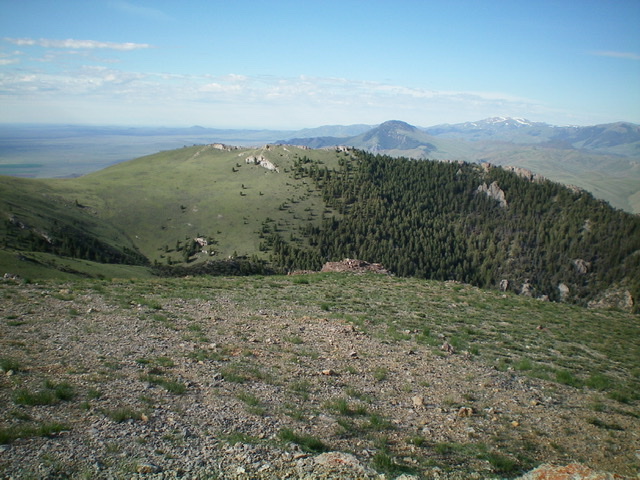 Peak 8319 (mid-ground) as viewed from the summit of Appendicitis Hill. Livingston Douglas Photo

From US-93 in Moore, ID, drive west to [signed] 3400W. Turn left/south onto 3400W and drive south just over a mile to [signed] 3000N. Turn right/west onto 3000N. This road leads west up into Rocky Canyon. Drive 1.4 miles west on 3000N to a cattle guard/fence and a sign for “Appendicitis Hill Wilderness Study Area” and a large parking area at an unsigned road junction. Park here (5,693 feet). You can drive another 0.3 miles up 3000N to three blue cattle cisterns and park there if you wish. The road gets rougher after that point. It becomes a 2-track road and eventually just a cattle trail.

Hike west up the jeep road (then 2-track then cattle trail) to a fork in Rocky Canyon at 6,450 feet. Ascend west up the easier, shorter scrub on the ridge that separates the two forks of the canyon. The ridge heads southwest to a flat area at 7,180 feet. There is a 2-track jeep road heading southwest then west up the ridge from here. Hike up this 2-track all the way to where it skirts the south side of Point 8194. 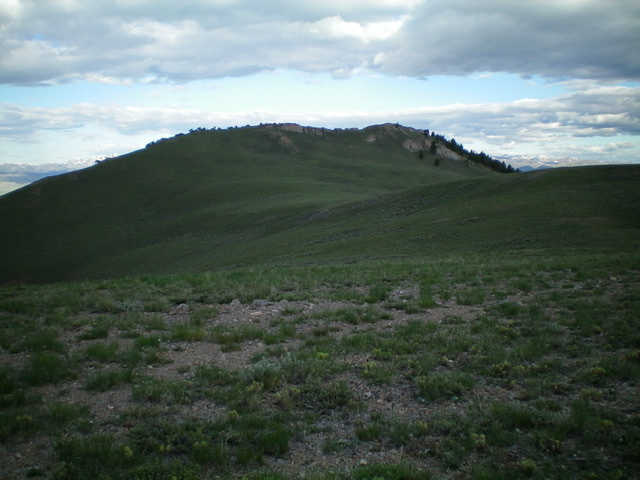 The summit ridge of Peak 8319 as viewed from the east. The right/north end of the ridge is a corner point. The summit high point is behind it (west of it) on a rocky connecting ridge. Livingston Douglas Photo 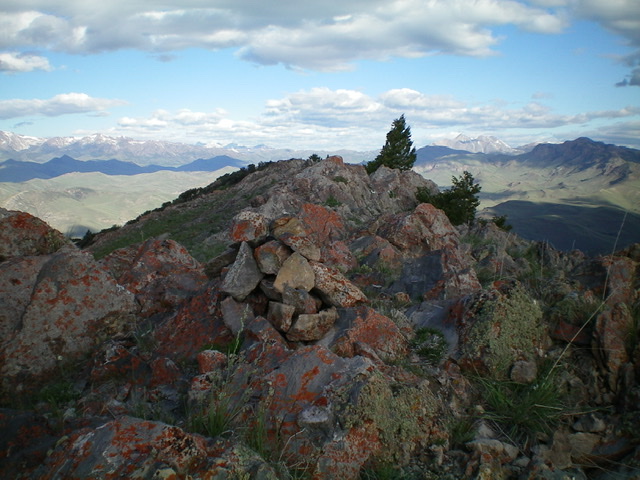 Looking west along the summit ridge of Peak 8319 from the corner point. The measured summit is at the west end of this short, rocky ridge section. Livingston Douglas Photo