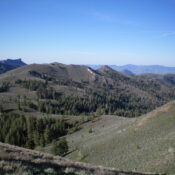 Peak 8569 is a ranked summit that, ironically, is overshadowed by its lower [unranked] neighbor, Swede Peak (8,512 feet). It is easily climbed from FST-329 via either its south ridge or its west ridge. USGS Star Hope Mine 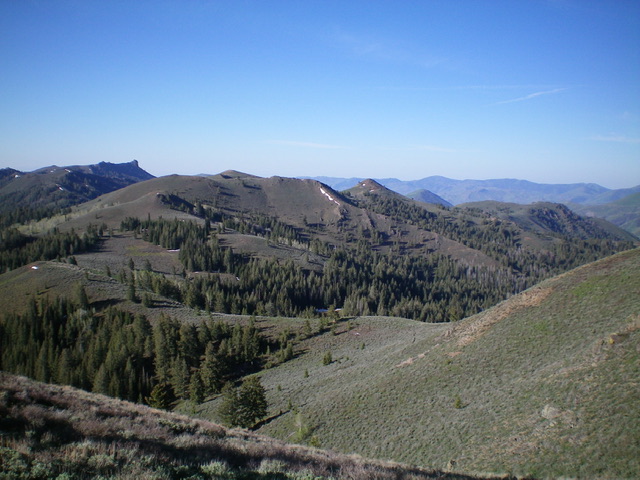 Peak 8569 (left of center) as viewed from the north. Livingston Douglas Photo

From the 8,340-foot connecting saddle with Swede Peak, scramble north briefly to quickly reach the crest of the west ridge. Follow the ridge to the summit. The terrain on this off-trail scramble is a mix of short sagebrush and scree. It goes quickly. 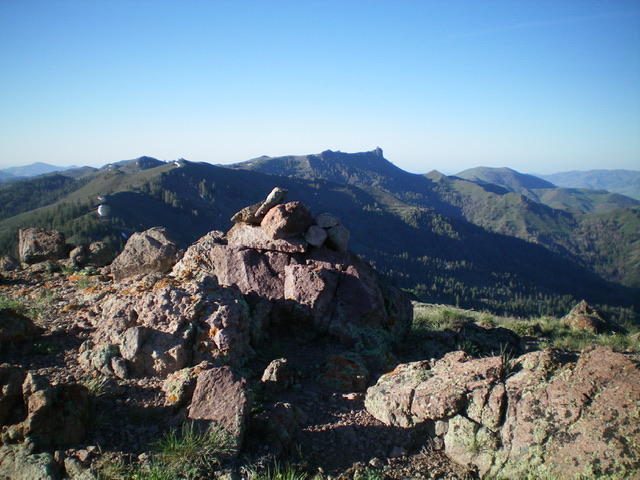 The summit cairn atop Peak 8569 with Bell Rock in the distance..Livingston Douglas Photo

From the summit, descend the north ridge briefly then angle northeast into a sagebrush gully to reach the ridge crest trail (FST-327) where it crosses a shoulder. This concludes the second leg of today’s 4-peak adventure. Mandolin Benchmark is up next.