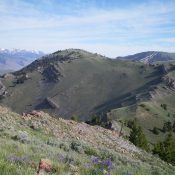 Peak 8603 is the high point of a narrow ridge that lies to the west of Howe Peak. It is separated from Howe Peak by a large, dry gully. While its terrain is docile on its south and east aspects, its north and west aspects are quite rugged. Were it not for its antenna-clad, higher neighbor to the east, Peak 8603 might receive much more attention. USGS Howe Peak 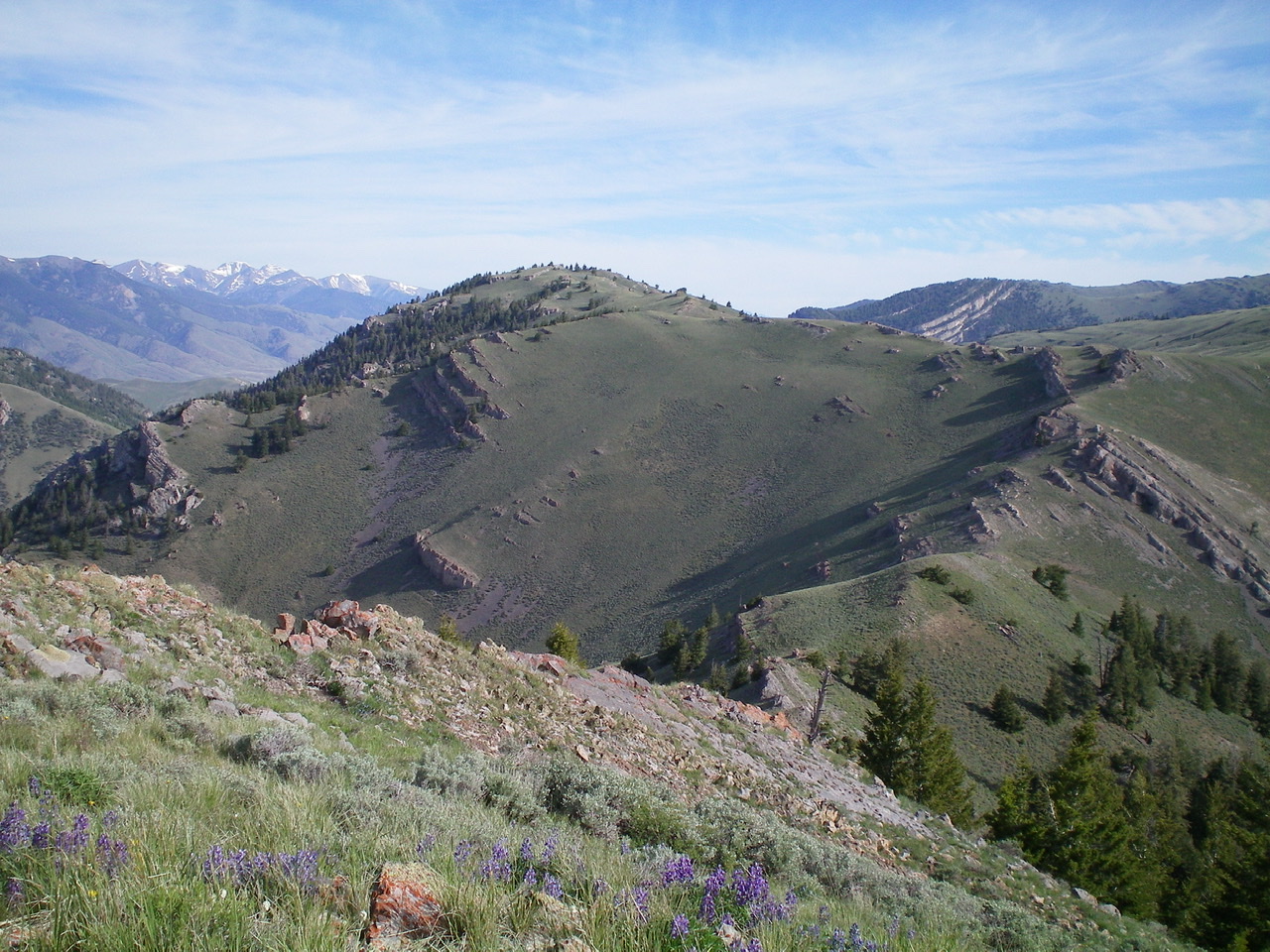 Peak 8603 (far left), its southeast ridge (leading up to it from the right), and the rocky south segment of the ridge (right of center) coming up from the connecting saddle with Peak 8383. Viewed from the summit of Peak 8383. Livingston Douglas Photo 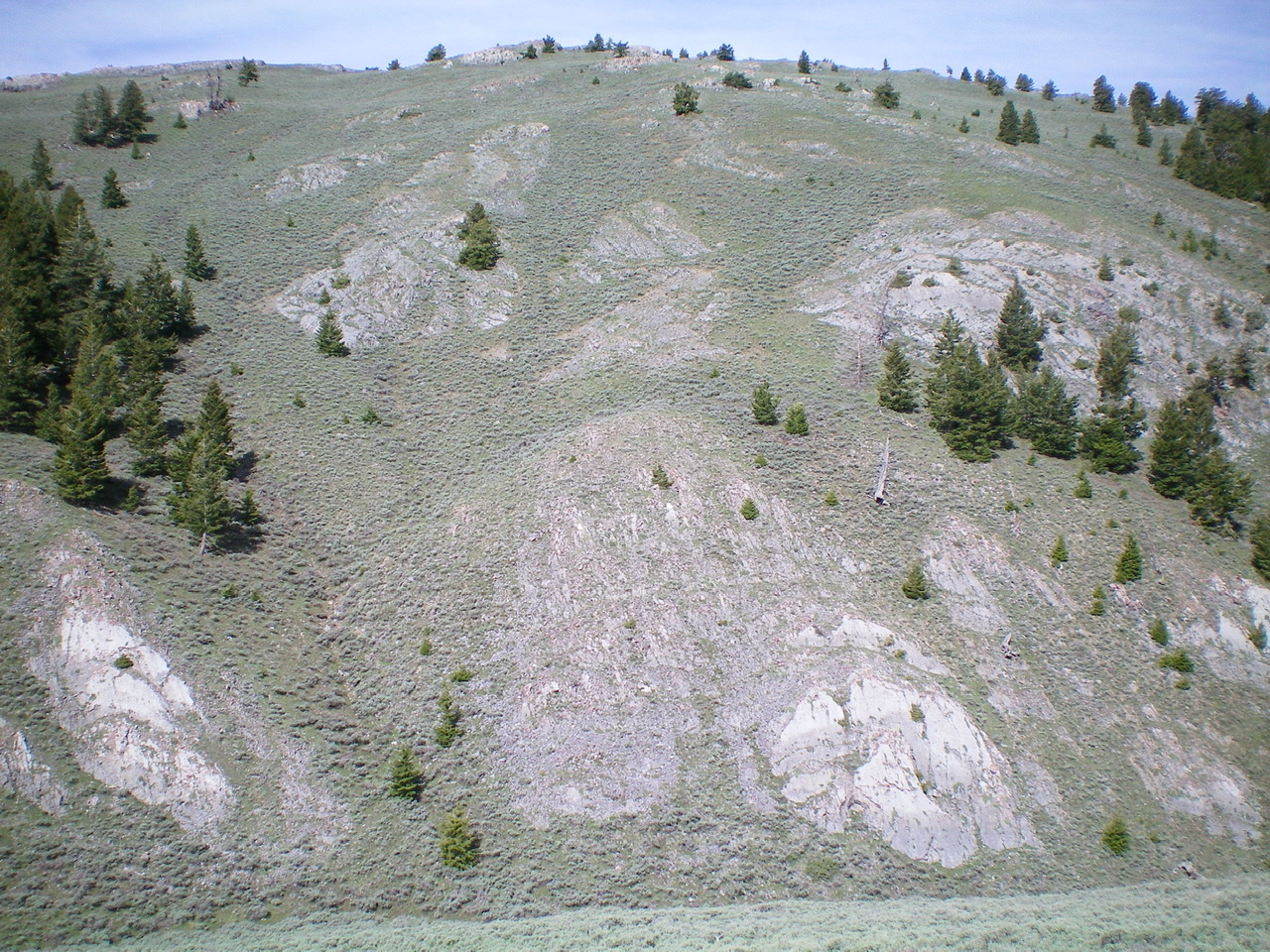 From the connecting saddle with Peak 8383, scramble up the rocky, narrow ridge north to a saddle at 8,300 feet. This saddle serves as the junction of the southeast ridge of Peak 8603 and the south ridge of Howe Peak. From the saddle, climb west-northwest then northwest up the ridge to the summit of Peak 8603 on easy ridge rock and scrub. The summit of Peak 8603 is a rocky section of narrow ridge crest. There is a small summit cairn on top. This inconspicuous bump barely qualifies as a ranked summit. It is overshadowed and hidden by its higher neighbor to the northeast, Howe Peak. 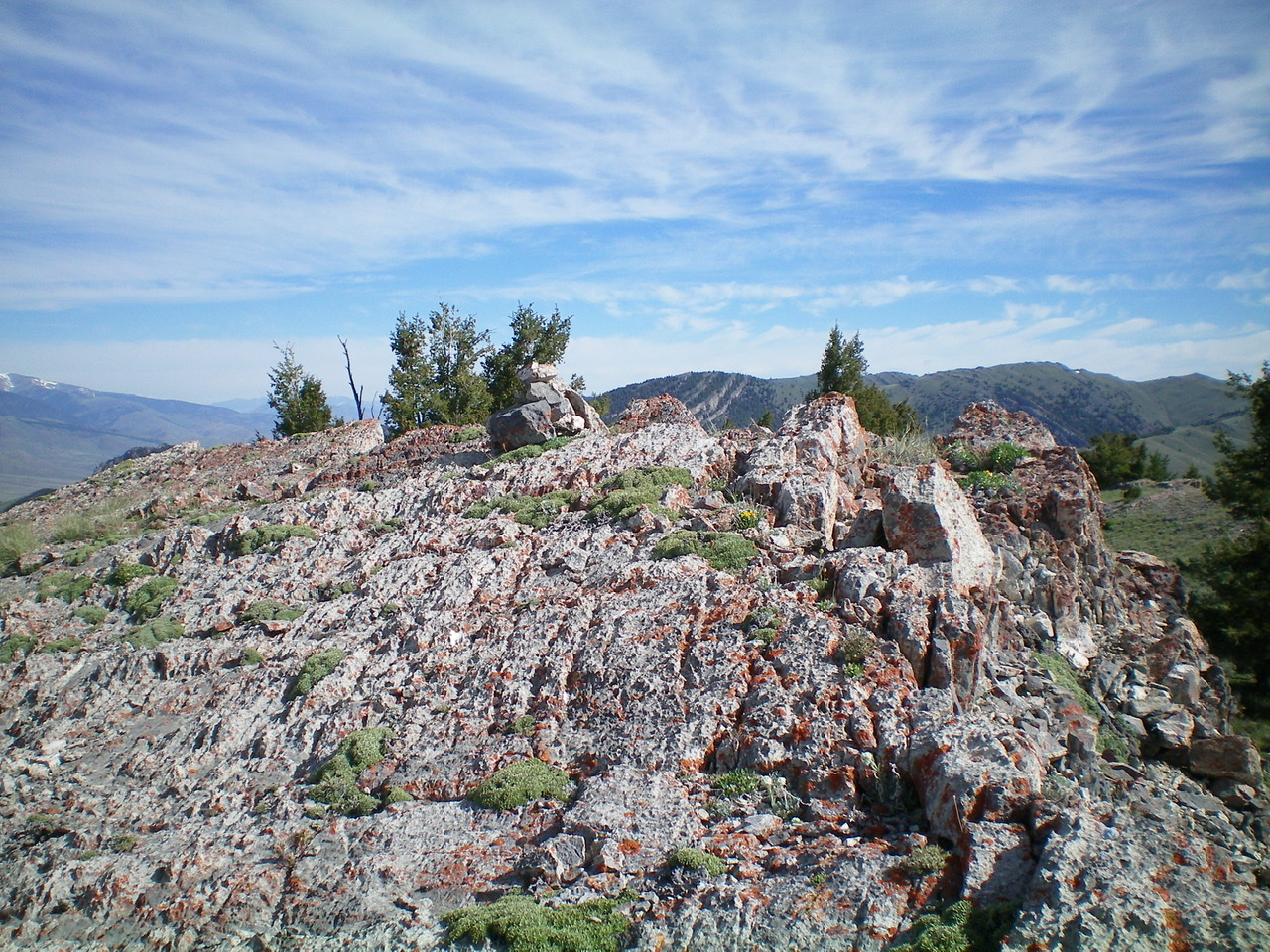 Same as for the east ridge. This route is the first leg of a ridge traverse from Peak 8603 to Howe Peak.

From the summit, descend east to a dry gully through unpleasantly thick scrub with no cattle/game trails to help. You should reach the gully at an elevation just below 8,000 feet. Aim to reach the gully at a point that is left/north of a gully on the west face of Howe Peak. The next leg of the journey is to climb the southwest face/shoulder of Howe Peak. This shoulder begins on the left/north side of the aforementioned gully.