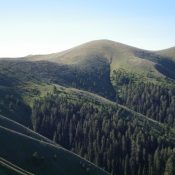 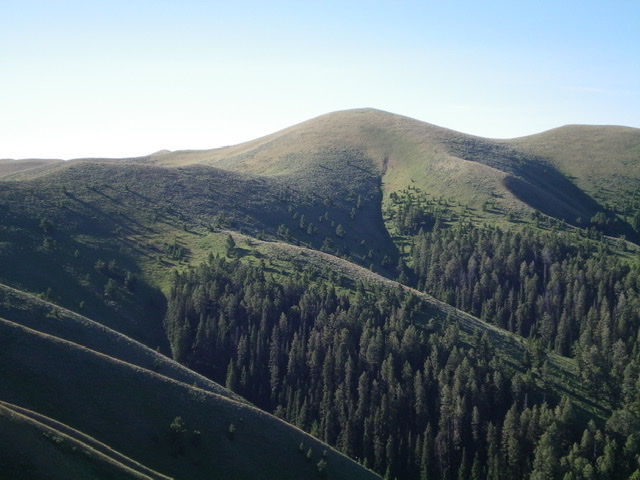 Peak 8780 (the hump right of center) and the undulating, weaving Continental Divide that leads southeast then south to it. Livingston Douglas Photo

Same as for Peak 8661. This is the final leg of a two-peak journey.

From the 8,250-foot connecting saddle with Peak 8661, follow the Continental Divide southeast to Point 8510. Descend south to a saddle and then bushwhack up the somewhat steep, sagebrush-clogged north face/ridge of Peak 8780 to reach the summit. The CDT does NOT ascend this final section of the climb. Instead, it skirts the northeast face of Peak 8780.

The summit of Peak 8780 had nothing on it, so I built a small cairn with the few loose rocks that I could find. The Continental Divide continues dead east from here. Return northwest back to Peak 8661 then northwest to Point 8806. Leave the Continental Divide there and descend the north ridge of Point 8806 to return to your parked vehicle at the end of FSR-1079/Shineberger Creek Road. 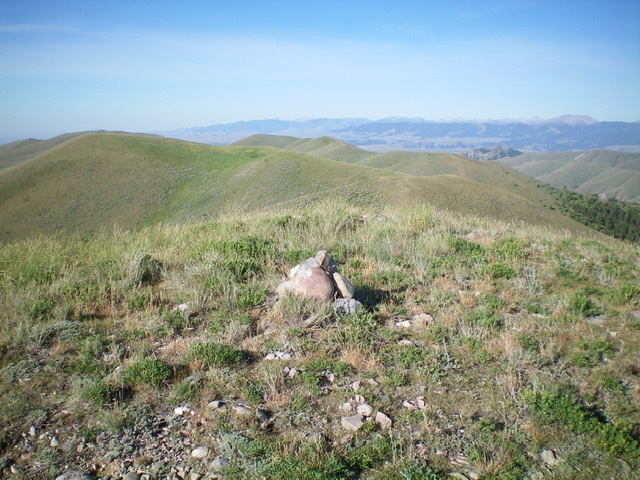