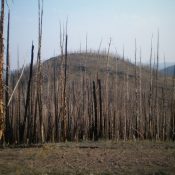 Peak 8805 is a delightful little hill that is located on the west side of McKay Creek. This entire area is a major burn area of the Eastern Salmon River Mountains. Lots of loose terrain and standing snags, so be advised. USGS Elevenmile Creek 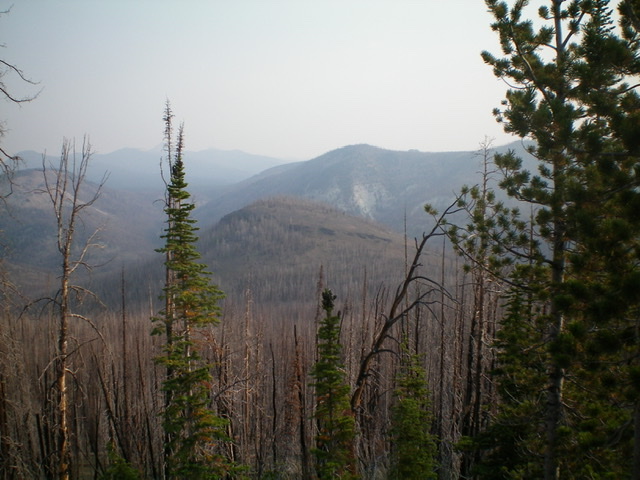 Peak 8805 (mid-ground) as viewed from the south. Livingston Douglas Photo

This is the first leg of a 2-peak adventure that includes Peak 8805 and Eleven Miles Benchmark (9,434 feet). This journey covers 8.0 miles with 2,625 feet of elevation gain round trip.

From the junction of US-93 and Main Street in Challis, drive west on Main Street (which becomes Garden Creek Road) for 4.9 miles to a signed junction with the Custer Motorway/FSR-070. Turn right onto the Custer Motorway and reset your odometer. At 1.7 miles, reach the Challis National Forest boundary. At 12.0 miles, reach Mill Creek Summit. At 15.2 miles, reach the signed trailhead for FST-4151/Squaw Creek-McKay Creek Trail (this trail is mislabeled as FST-172 on the USGS topo map). Park in a pullout just before reaching the trailhead (7,730 feet).

Hike southeast up McKay Creek on the narrow MC trail (FST-4151) for about 1.1 miles to the east side of Peak 8805. Leave the trail and hike west up an open slope of grass/scrub (mostly field grass) and underlying scree to reach a steep, minor cliff band high up. Climb up the cliff band then continue west up through pine snags and blowdown to reach the barren summit of scattered snags. There was no summit cairn, so I built a small one on the high point. 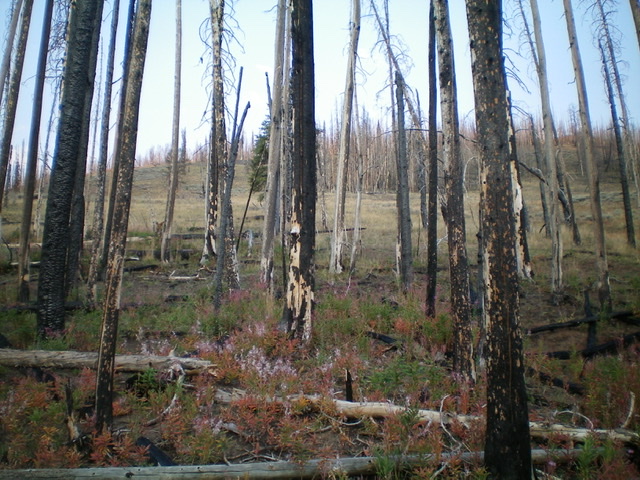 The east face of Peak 8805 (my ascent route) as viewed from the departure point from FST-4151. Livingston Douglas Photo 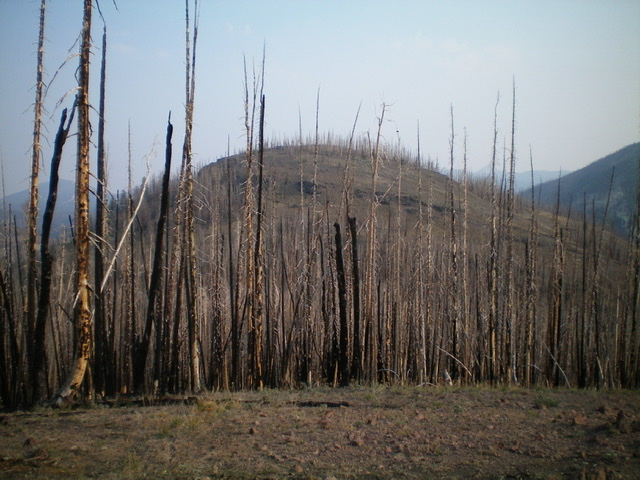 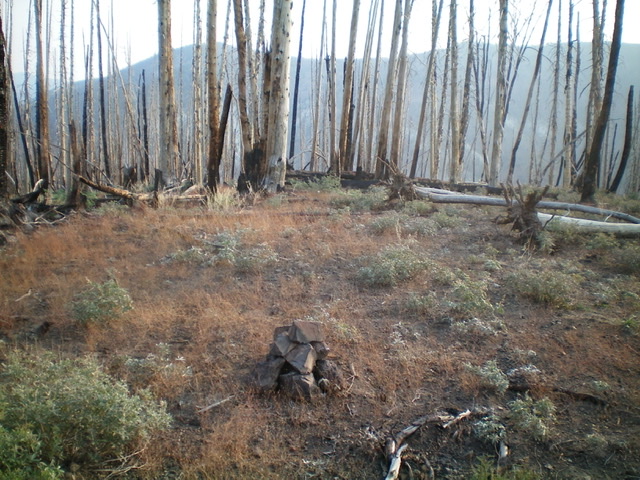 The snag-ridden summit with its newly-built cairn. Livingston Douglas Photo

From the summit, descend south to a hidden saddle on terrain that is a combination of loose scree/gravel, scattered snags, blowdown, and some easy scrub. The 8,460-foot saddle is dense with standing snags. This is the connecting saddle with Eleven Miles Benchmark (9,434 feet) and concludes the first leg of today’s 2-peak journey. Eleven Miles Benchmark is up next.