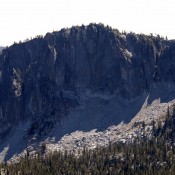 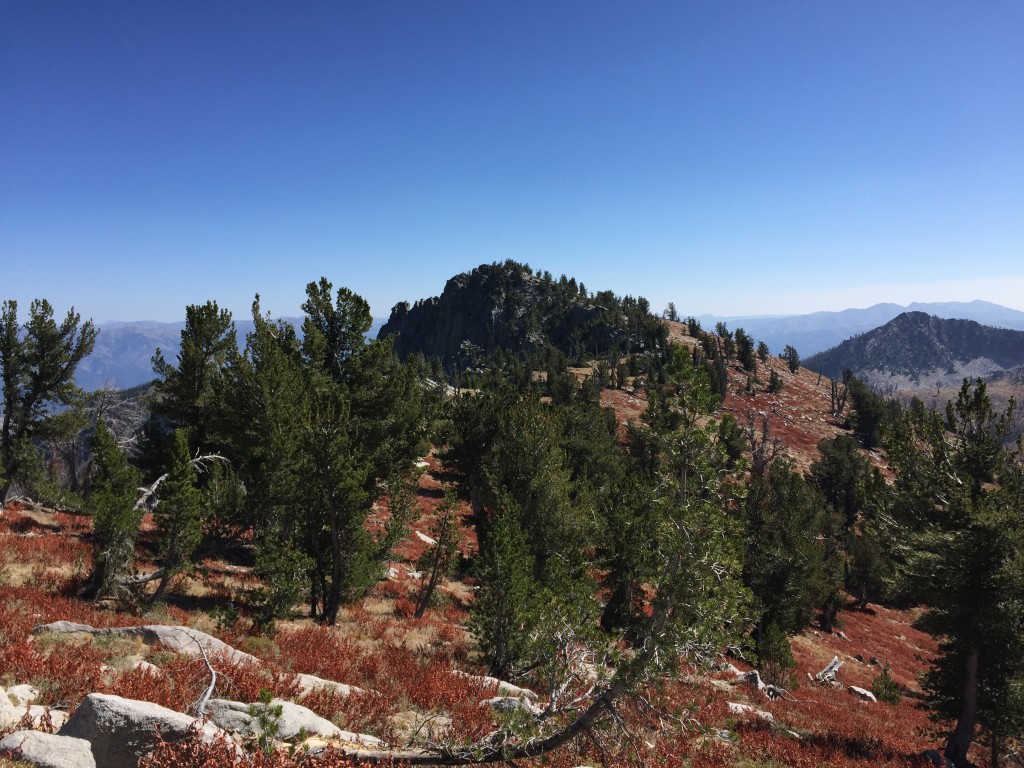 The high point of Peak 9140 as viewed from the [lower] West Summit. 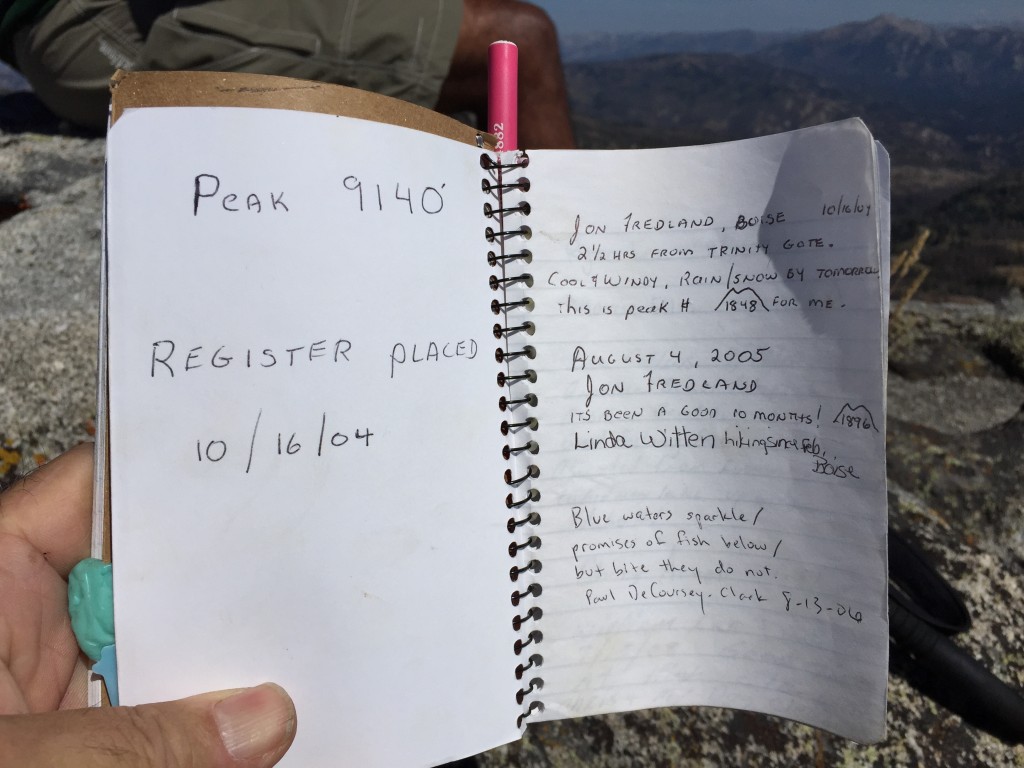 Jon Fredland left a register on the summit which had a surprising number of entries over a 10-year period. 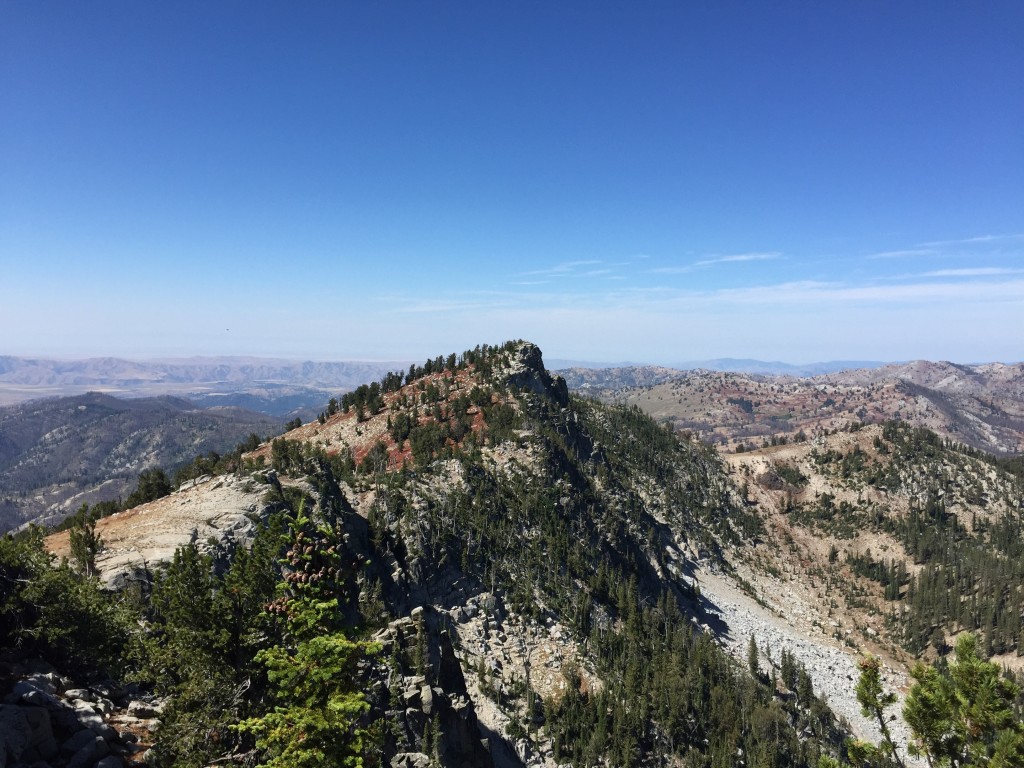 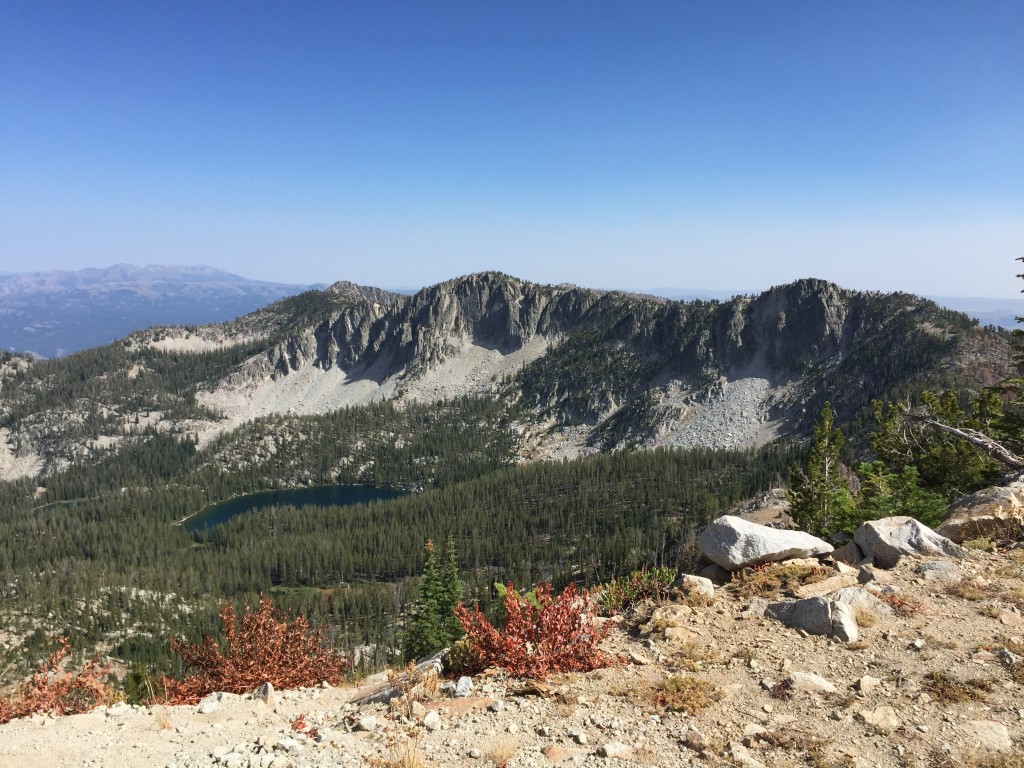 Peak 9140 has a steep Northern Exposure which quickly drops down to a beautiful lake basin. The highest summit is on the left. This photo was taken from the point where you leave the Trinity Mountain Lookout Road. At this point, you are higher than Peak 9140. 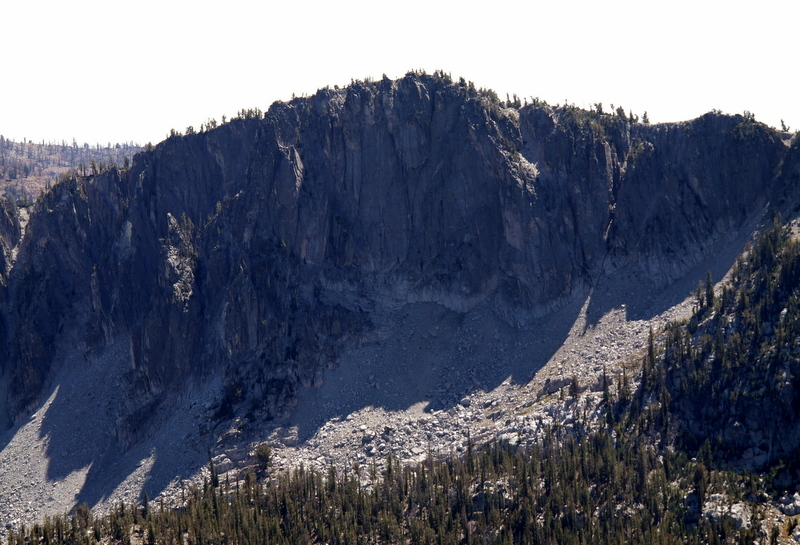 Peak 9140 as viewed from Fiddlers Perch.