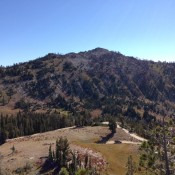 This peak is just to the north of Trinity Mountain. It rises just over 300 feet from the connecting saddle. Lists of John uses the name “Fiddler’s Perch” but does not identify the origin of the name. USGS Trinity Mountain

There was no register on the summit, only 6-foot plus cairns. Climb the peak from the saddle on its South Ridge which is reached from Trinity Mountain Road [(E)(2.2)(c) on Page 155]. Class 2. If you want more of a challenge, it looks like routes will go on its North Ridge or West Face. 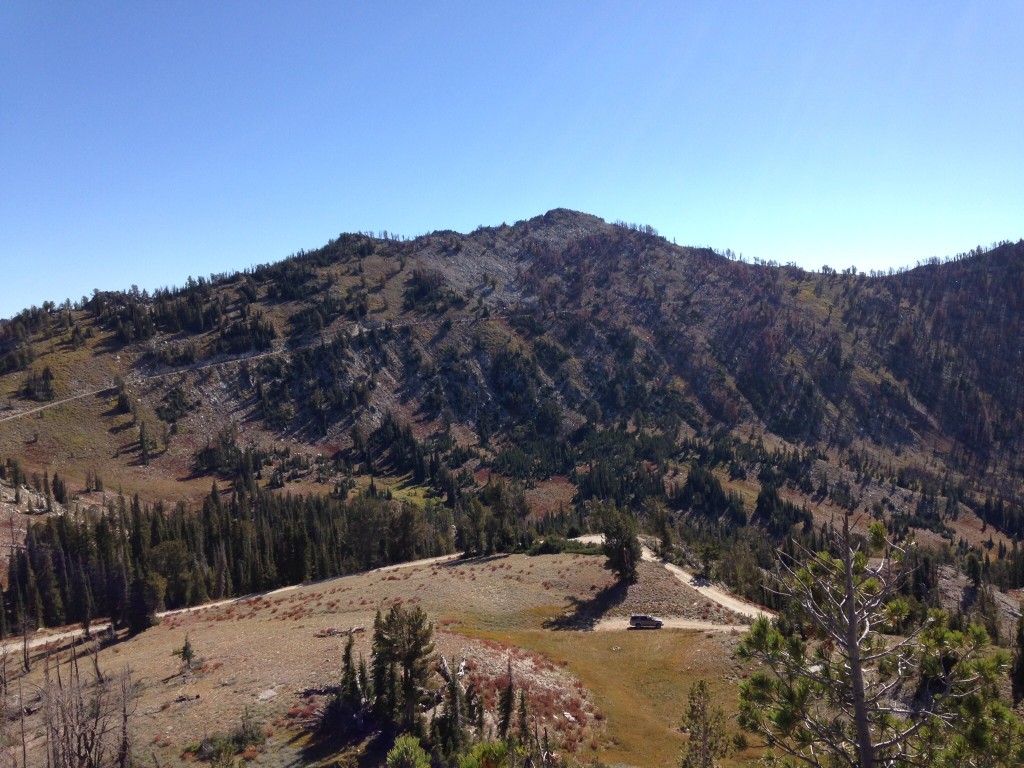 Fiddlers Perch as viewed from the upper slopes of Peak 9037. The saddle on the left side of this photo connects with Trinity Mountain. 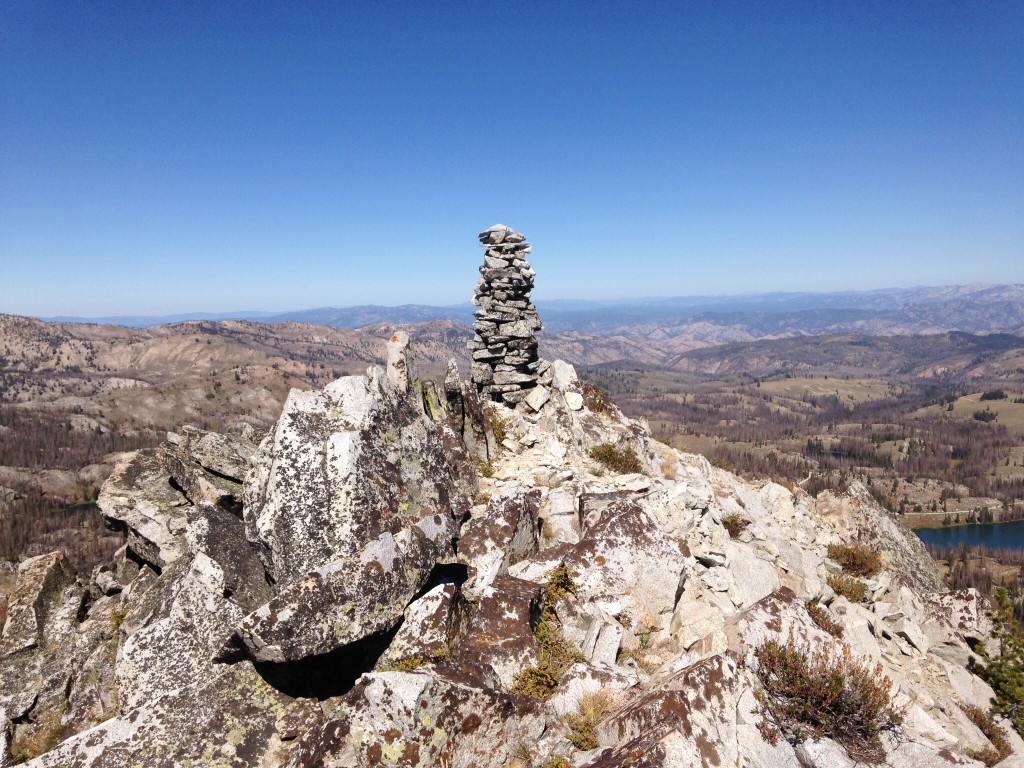 There is a second, twin cairn hiding behind this one. 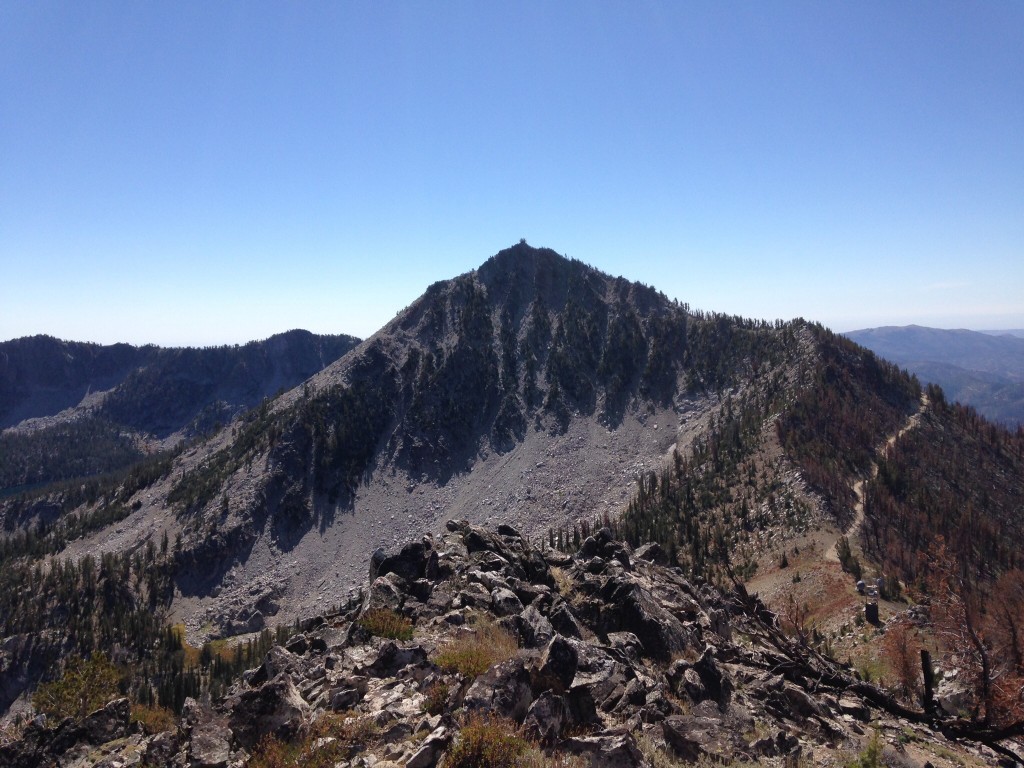 Trinity Peak and its North Face as viewed from Fiddlers Perch. 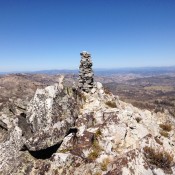 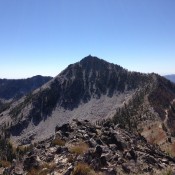