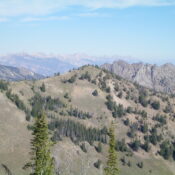 This peak and North Frenchman Peak (which is also discussed herein) are not in the book. Dave Pahlas and John Platt provided the information for the winter ascent of both peaks which is set out below. Livingston Douglas authored the Livingston Douglas North Ridge/South Ridge Traverse entry below. Updated November 2022 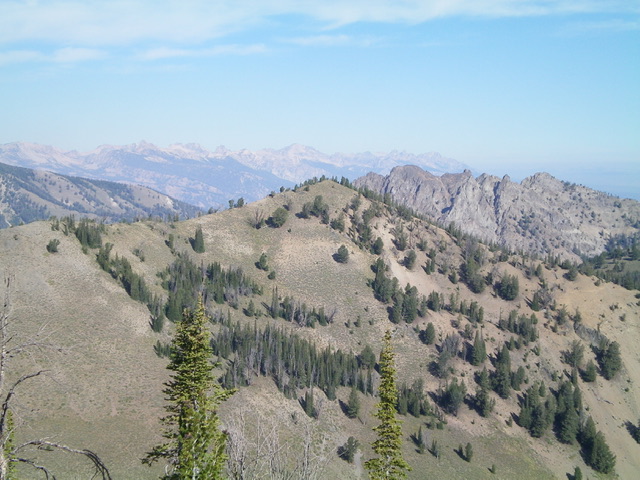 From the 8,820-foot connecting saddle with Peak 9139, follow an elk trail along the ridge crest as it heads southwest then south up to the summit of Peak 9345. The forested ridge has some semi-open areas with ridge pines and blowdown to skirt, which the elk trail assists in avoiding. The summit of Peak 9345 is small and semi-forested. It had a small summit cairn which I built up. Contrary to the USGS topo map, the summit is not thickly forested. The summit offers a good, open view of the ridge traverse to Peak 9423, the next objective of today’s 3-peak adventure. 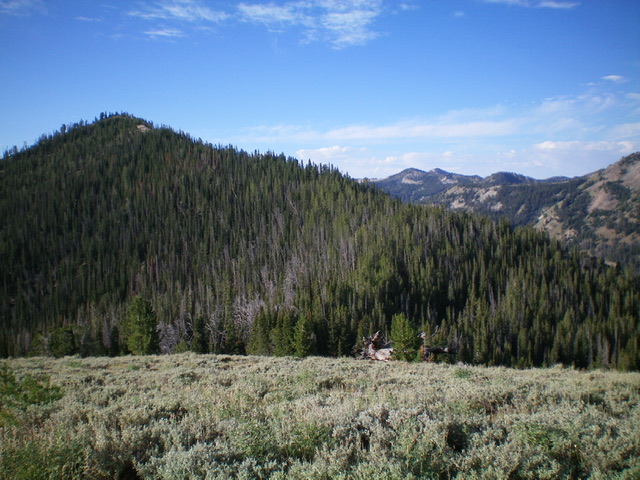 From the summit, follow the ridge crest south in mostly open terrain to reach Point 9119. The ridge then becomes thickly forested and drops to the 9,020-foot connecting saddle with Peak 9423. This concludes the second leg of today’s 3-peak journey. Peak 9423 is up next. 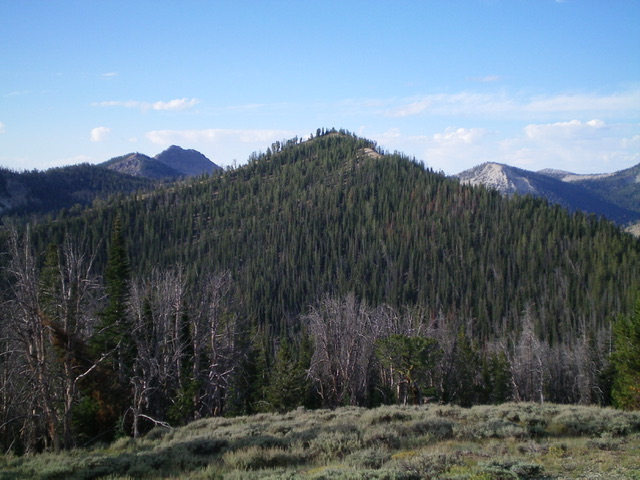 Frenchman Peak as viewed from the north. It is heavily forested in contrast to its non-forested south side. Livingston Douglas Photo

The peaks are the two highest points on a scenic, mostly tree-covered north/south ridge that can be easily accessed from ID-75. John Platt and Dave Pahlas made a strenuous 9.0-mile round trip snowshoe ascent of both peaks on January 1, 2016. Their climb gained 3,000 feet of elevation along the way. Use the links below to their trip reports for details on their ascent. 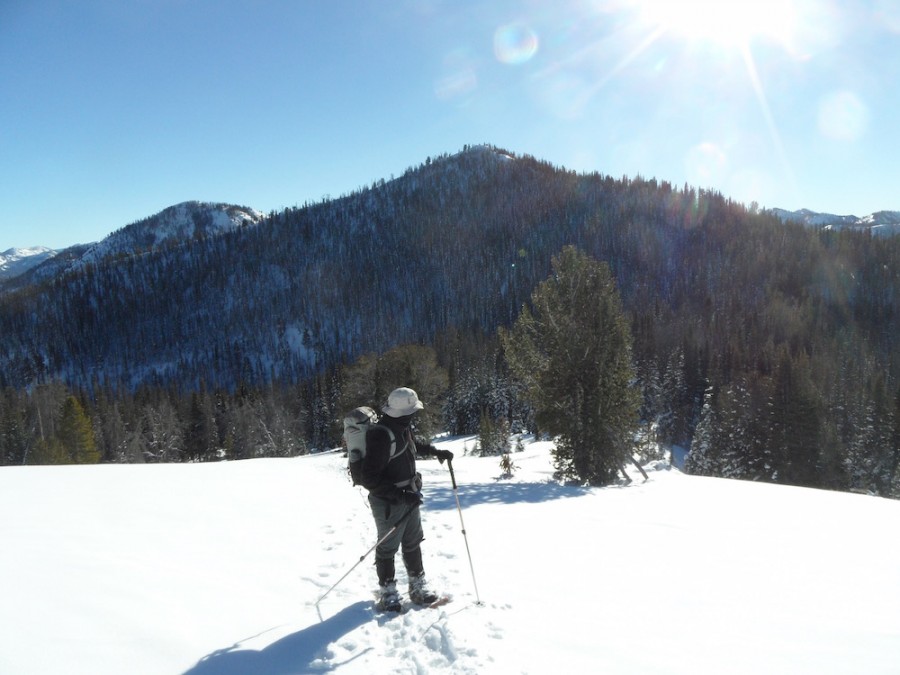 Frenchman Peak as viewed from the north. John Platt Photo 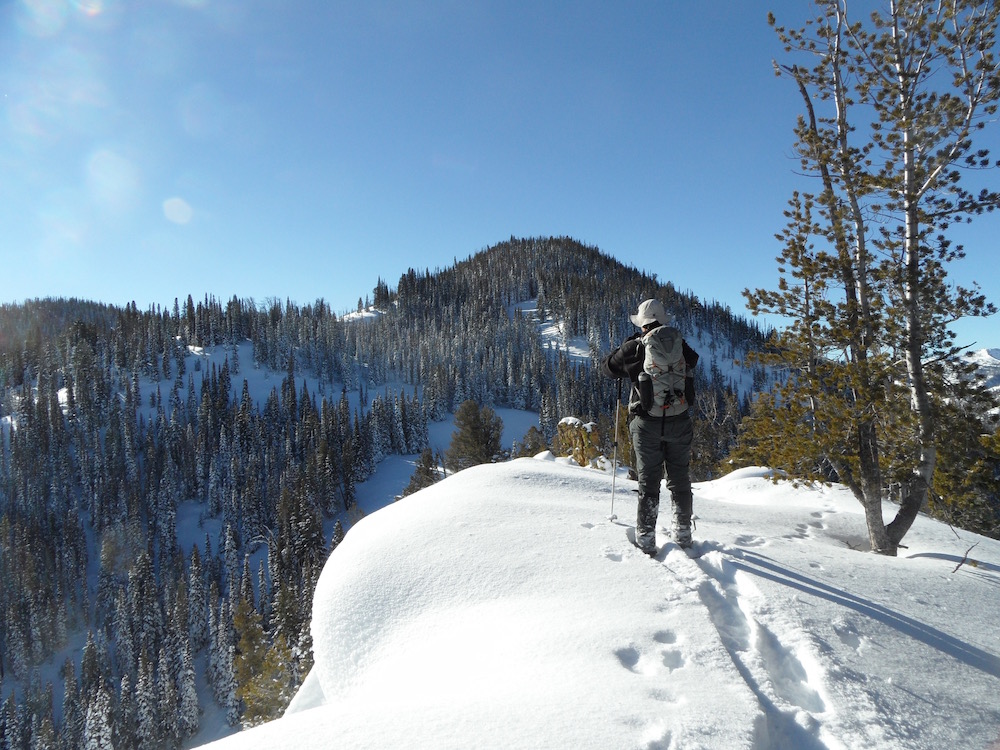 While not the most rugged of Sawtooth Peaks, it is obvious that the good Winter access and the view from the top provide the incentive to climb these two peaks. 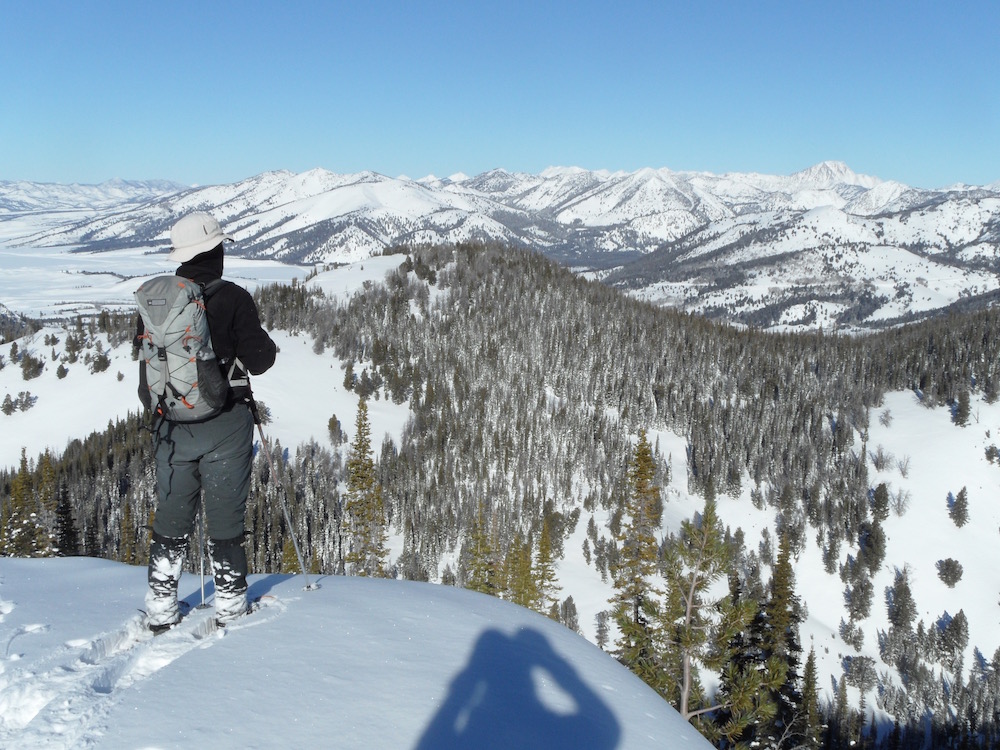