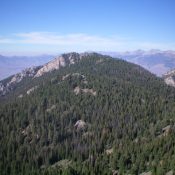 Peak 9386 is a rugged, rocky summit that is located at the head of Franklin Canyon and on the west side of Crows Nest Canyon in the Lost River Range. This is the second leg of a 2-peak journey that includes Peak 9524 and Peak 9386. It covers 10.0 miles with 4,300 feet of elevation gain round trip. USGS Methodist Creek 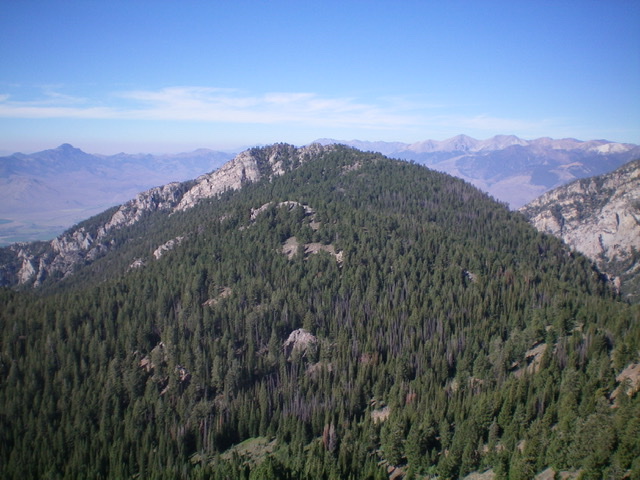 Peak 9386 as viewed from the northeast. Livingston Douglas Photo

From the 8,900-foot connecting saddle with Peak 9524,bushwhack south up through the semi-open pine forest to reach an open hump (Point 9120+) located northeast of the true summit. Descend 100 vertical feet southwest to an open sagebrush saddle then scramble southwest to reach the crest of the narrow summit ridge. To this point, this route has been an easy, Class 2 forest bushwhack. That is about to change for the worse.

The narrow ridge heads south from here through a series of ridge towers with pines mixed in. This is a tedious Class 3 scramble either on the towers or just below and left/east of them. It is a mixed bag. Sometimes it is better to be on the tower tops and, at other times, it is best to stay just under them. When you finally reach the summit hump/tower, scramble directly up a Class 2 chute to the top. I rebuilt the torn-down summit cairn. 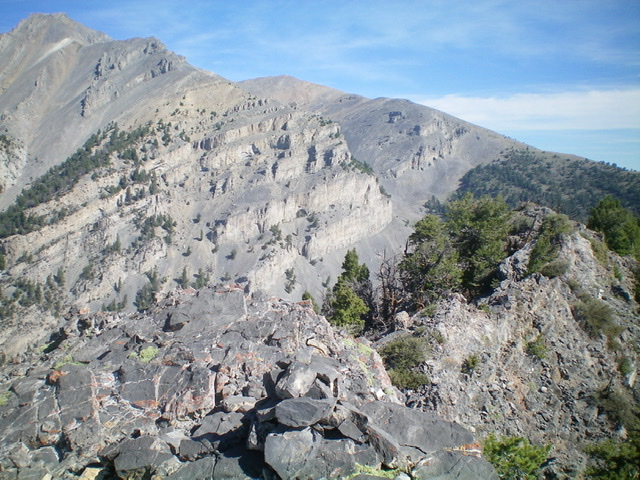 The rocky summit of Peak 9386 with intimidating Invisible Mountain (11,330 feet) and its rugged southeast ridge in mid-ground. Livingston Douglas Photo 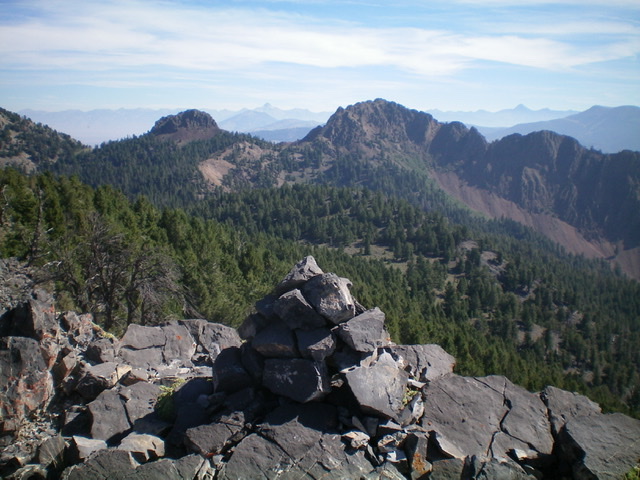 The rebuilt summit cairn atop Peak 9386 with double-humped Peak 9524 in the distance. Livingston Douglas Photo

From the summit, return back down the northeast ridge to the 8,900-foot saddle at the head of Crows Nest Canyon. Descend east through a mess of dense pine forest, heavy blowdown, dense brush, and underlying boulders/talus to cross the center of the canyon and intercept the ascent route on the east side of the canyon. Follow the ascent route for Peak 9524 to return Pass Creek Road and your parked vehicle.