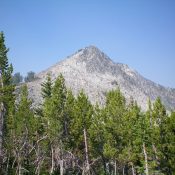 Peak 9641 is one of two peaks that sit on the Continental Divide above Slag-a-Melt Lakes (MT). This two-peak journey includes Peak 9737 (a gentle summit) and Peak 9641 (a rocky, blocky summit with fierce exposure). The adventure begins at the Slag-a-Melt Lakes trailhead. USGS Homer Youngs Peak 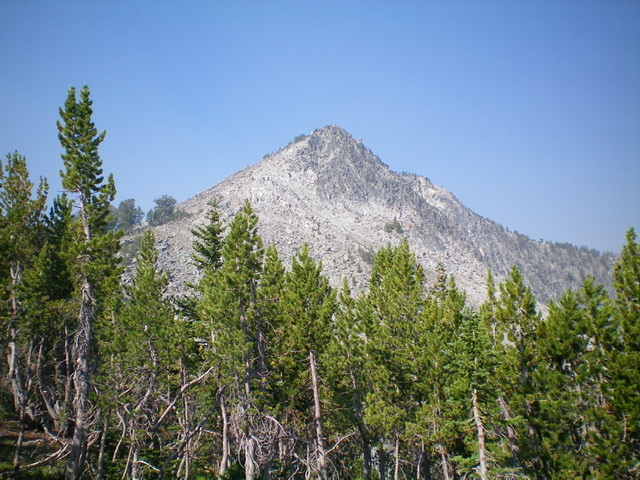 Rugged Peak 9641 as viewed from the base of the east ridge. Livingston Douglas Photo

Same as for Peak 9737. This is the final leg of a two-peak journey.

Only the summit blocks are Class 3. From the 9,300-foot connecting saddle with Peak 9737, scramble south then southeast up the right/west side of the ridge crest (to avoid pines/blowdown on the ridge crest) to reach a final, short rocky section. Climb up the boulders/talus to reach the blocky summit crest of Peak 9641. Climb up the blocks to reach the highest one (Class 3). You might not be able to stand on top of it, but you can certainly put your foot (or butt) on the top. The drop-off to upper Slag-a-Melt Lake is stunning. The blocks/towers to the west of the summit high point aren’t too awful, just tedious. However, the ridge towers to the east of the summit high point are gapped and difficult.

From the summit high point/block, descend the steep, chunky blocks of the east ridge (Class 3) and stay right/south of the Class 5 ridge towers by dropping 30 feet or so from the ridge crest. Once past the towers, follow the ridge crest as it becomes less rocky and the slope eases. You must descend a section of boulders/talus to reach the flatter, open pine forest below. Cruise down through the forest to reach a long, semi-open saddle. From the saddle, descend left/northwest down a mix of talus/tundra to a tundra ramp that leads right/northeast down to a basin above the upper Slag-a-Melt Lake.

From the basin, bushwhack north then northwest through a combination of pine forest (not too bad) and meadows to reach the south side of the upper Slag-a-Melt Lake. Follow a foot trail along the lake shore northeast then northwest to reach the CDT on the northeast side of the lake. Follow the CDT then FSR-3967 back to the Slag-a-Melt Lakes trailhead. 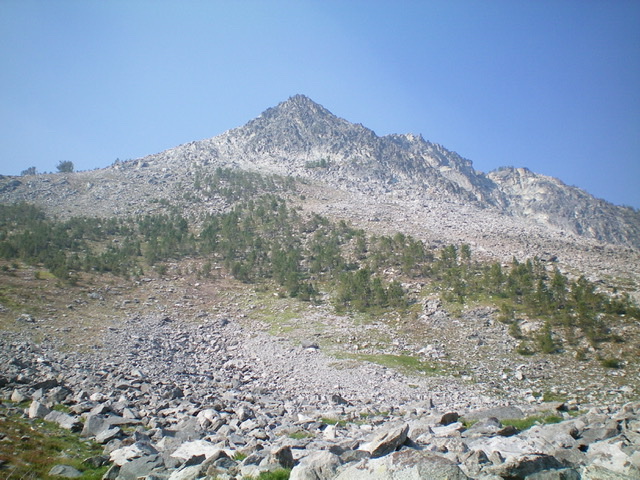 Peak 9641 as viewed from the basin above the upper Slag-a-Melt Lake. Livingston Douglas Photo 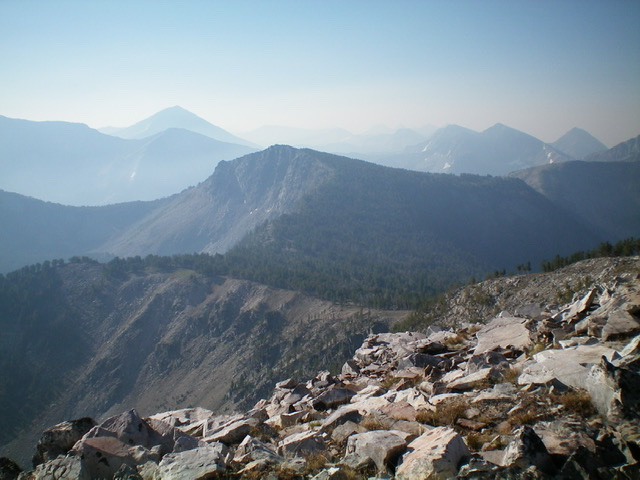 Peak 9641 (dead center) and its connecting ridge to Peak 9737 as viewed from the north. Livingston Douglas Photo 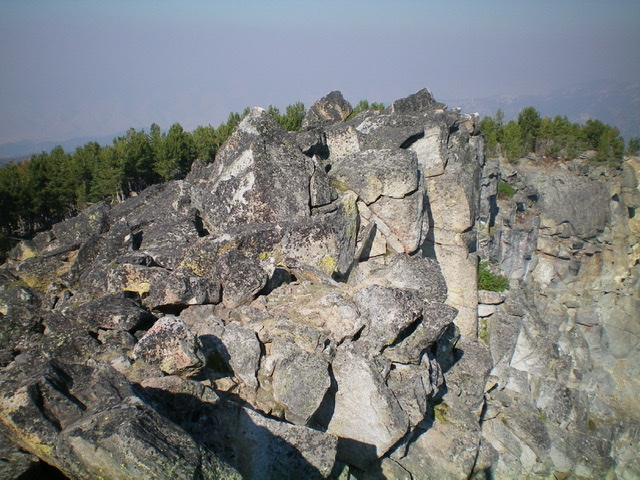 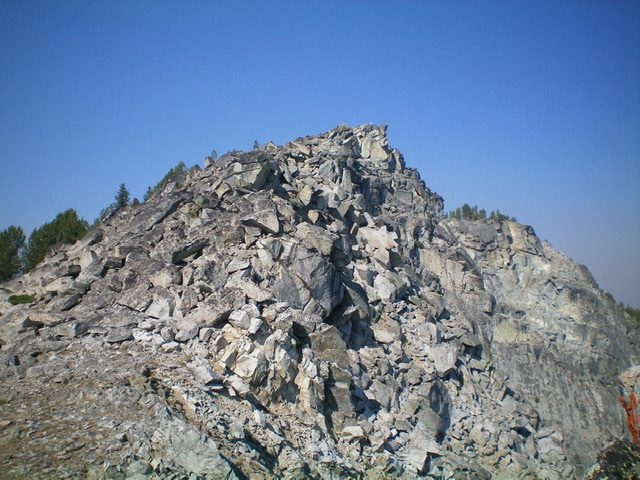