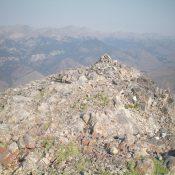 Peak 9660 is a rocky outcrop that is located on the east side of Pass Creek Road and above Cave Gulch in the Lost River Range. It is most easily climbed from Cave Gulch and its northwest ridge. USGS Methodist Creek 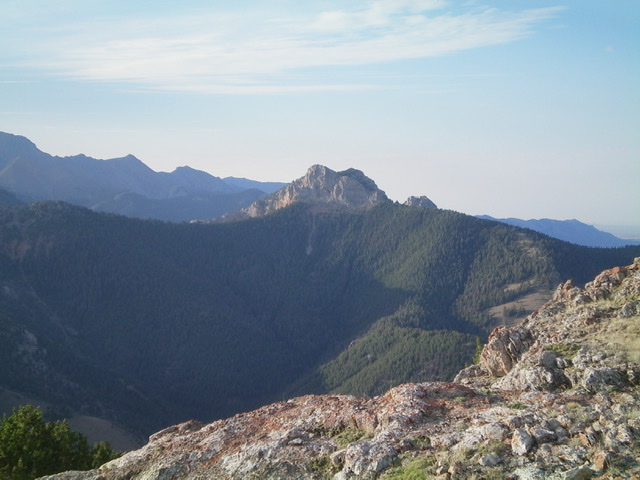 Peak 9660 and its sheer north face. The summit is the rocky, left hump. Livingston Douglas Photo

From the 8,540-foot connecting saddle with Peak 8839, follow the ridge north through open pine forest with tedious ridge trees, blowdown, and a few rocky ridge points. Reach a final saddle at 8,700 feet. From the saddle, head northeast up an ill-defined shoulder, going straight uphill in open pine forest with some blowdown and loose scree/gravel to contend with. Intercept the narrow, open northwest ridge of Peak 9660 at the head of the shoulder.

Climb southeast up the ridge crest on a combination of rocky ridge outcrops and steep, loose scree/gravel. One massive rocky buttress must be skirted on its right/south side early on. The ridge steepens, narrows, and bends left/east at about 9,250 feet. The exposure from here to the summit is absolutely fierce on the left/north side of the ridge. Hope you don’t suffer from acrophobia. Continue east up the narrow ridge crest on steep, loose rock. Ignore the rocky hump to the south since it is the [lower] south summit, but it appears to be higher. It is not. The summit of Peak 9660 is small, rocky, and very exposed. Now you can see that you are on the high point. The south summit is clearly lower. I rebuilt the torn-down summit cairn. 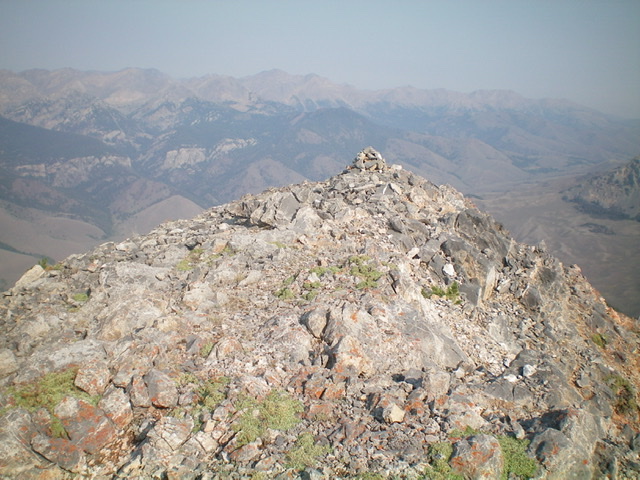 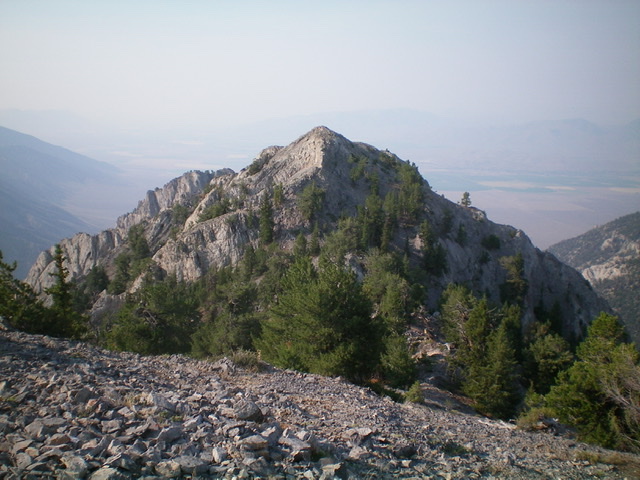 Looking south at the [lower] south summit of Peak 9660 from the true summit. Livingston Douglas Photo 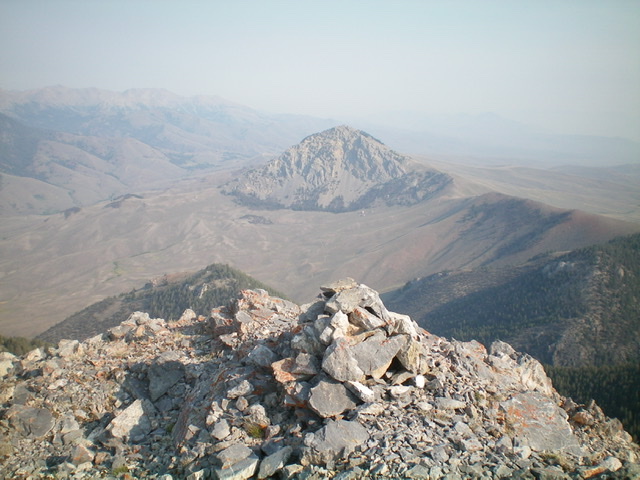 The exposed summit of Peak 9660 with Peak 9276 in the distance. Livingston Douglas Photo

From the summit, descend west on steep, loose rock to reach flatter terrain and a bend right/northwest in the ridge. Now the terrain is easier pine forest and not exposed rock. Descend northwest through the pine forest and find a critical open area at 9,000 feet. Do not make the mistake of descending north through the pine forest from here or you will end up way off course. Go west down a face section into magnificently open grass/scrub. Now you can see exactly where you are and where you need to descend.

Continue to descend northwest again, now in open terrain. Do not make the mistake of descending west down a face here as it becomes forested and cliffed. Follow the ridge northwest through a final patch of open pine forest to reach the open, short grass/scrub of a magnificent ridge line that descends steeply northwest then west to a saddle at the head of Cave Gulch. The ridge bends left/west and a 2-track road appears on the crest of the ridge. Follow the 2-track road steeply down the ridge to an junction with a 2-track that comes up from a gully on the right/north.

Go past this side road and continue for a short distance to reach a saddle and an unsigned junction at the head of Cave Gulch. Go left/south and descend an ATV trail into Cave Gulch. Follow the ATV trail down to the corral and your parked vehicle. Please note that the upper section of this ATV trail (i.e., Cave Gulch Road) is not shown on the USGS topo map. It is a pleasant surprise to a hiker who wishes to descend down Cave Gulch. It sure beats bashing through sagebrush for 1.5 miles to reach the corral.