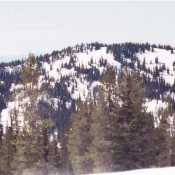 Climbing and access information for this peak is on Page 146 of the book.

Pilot Peak is a P2K peak with 2,087 feet of prominence, which ranks it at #92 in the State of Idaho. The peak is a very popular Winter destination for snowmobiles, skiers and snowshoers. The parking lot on ID-21 at Mores Creek Summit fills up quickly on Winter weekends. The summit of this peak is reached by a rugged road that seems to get worse every time I drive it. The road leads to a saddle between Pilot Peak and Freeman Peak. From the saddle, it is 0.5 miles to the summit. In the Summer, the road is a good route for a mountain bike ascent. The fire lookout on this peak’s summit has become a hub for communications equipment and is no longer used as a lookout. USGS Sunset Mountain 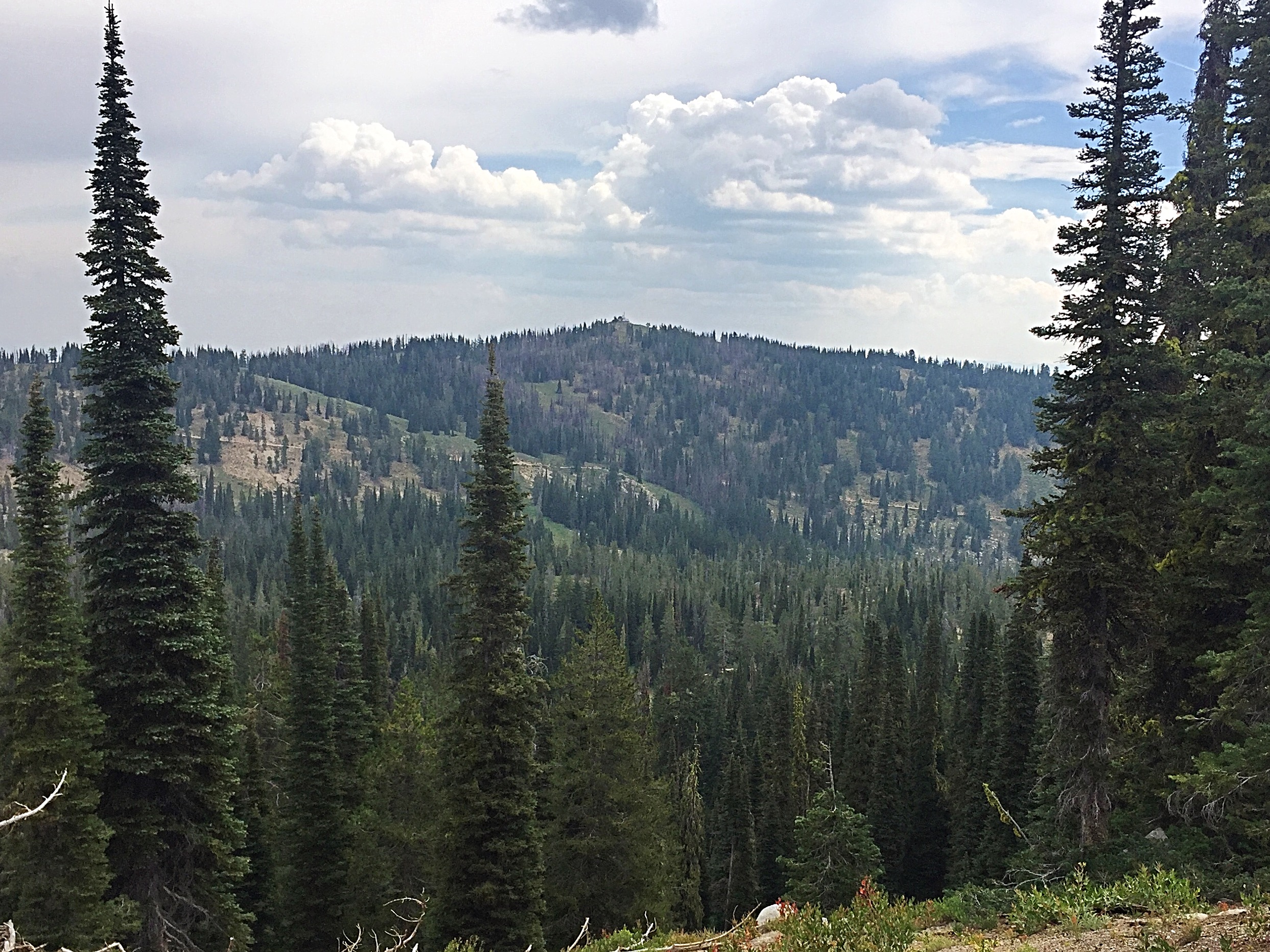 Pilot Peak as viewed from the north. 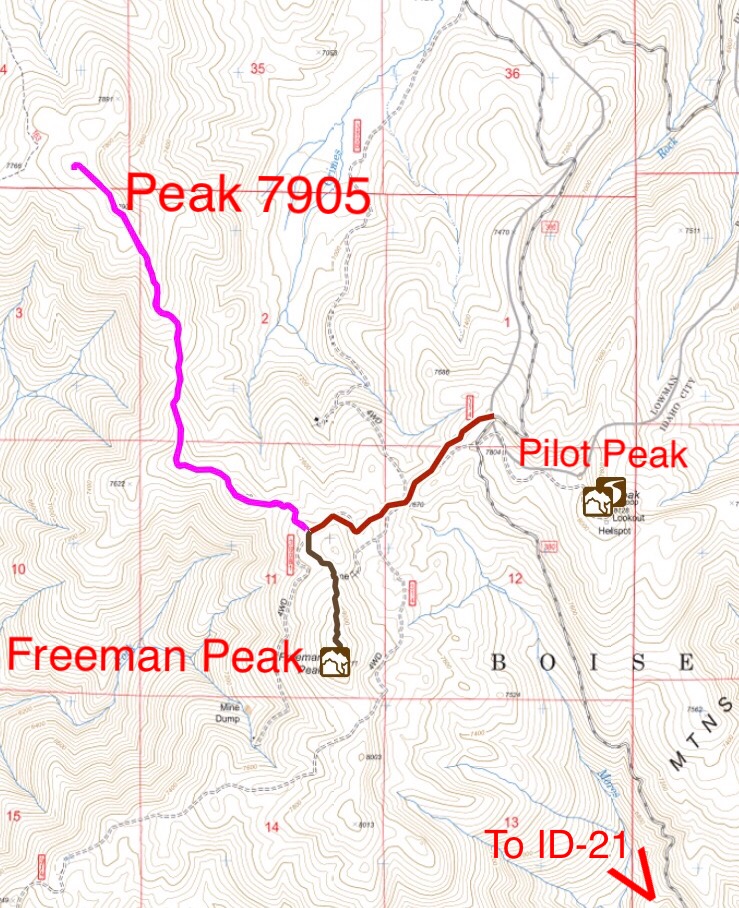 Pilot Peak/Peak 7905/Freeman Peak access. Note that the Forest Service and USGS topos do not accurately show all of the roads in this area.

Snowmobilers generally follow the road, while skiers often climb the peak via variations on its South Ridge. Freeman Peak is nearby and can be easily climbed from the saddle between the two peaks. 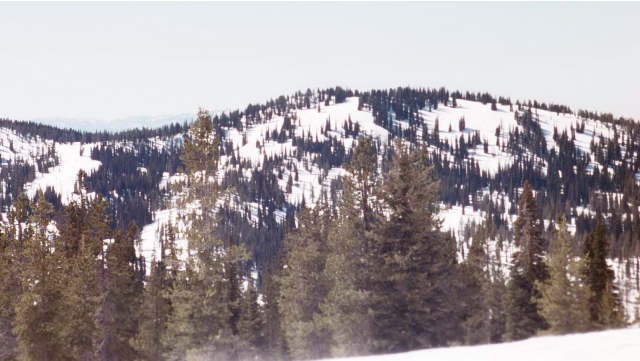 Pilot Peak as viewed from the slopes of Sunset Mountain. Dan Robbins Photo