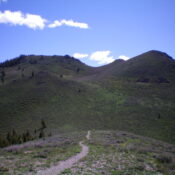 Climbing and access information for this peak is on Page 244 of the book. Updated November 2022 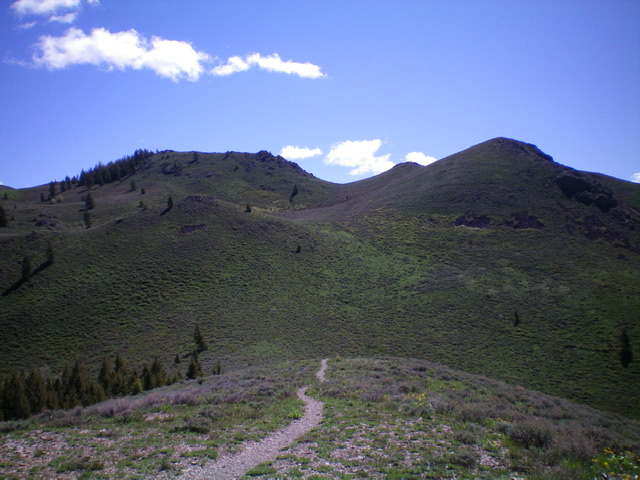 Proctor Mountain as viewed from Point 7252 to its west. The summit is the flat ridge left of center. Livingston Douglas Photo

Park at the [popular] Hemingway Memorial trailhead parking area along Trail Creek Road north of Sun Valley. This trailhead is well signed and is located 1.6 miles north of the junction of Sun Valley Road/Trail Creek Road and Dollar Road in Sun Valley. The Proctor Loop Trail provides the best access to Proctor Mountain. You can climb either the south section of the loop trail (as I did) or the north section of the loop trail to reach a shoulder crossing that is just northwest of the summit. 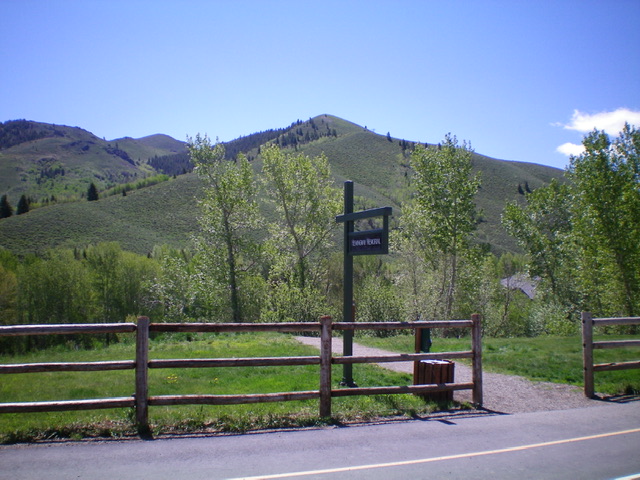 Ruud Mountain as viewed from the Hemingway Memorial (trailhead). Ruud Mountain is the minor hump just right of center, sitting below the more prominent hump in dead center (Point 7252). Proctor Mountain is in the distance left of center. Livingston Douglas Photo

From the Hemingway Memorial trailhead parking area, hike east then south on the Proctor Loop Trail (not shown on the USGS topo map). The trail skirts the left/east side of a rocky pinnacle and then drops 20 feet to an unsigned junction. Jog right here on an unsigned trail to quickly reach the crest of the northwest ridge of Ruud Mountain. The ridge crest trail comes up from Fairway Road (private property with no parking allowed along it). Head left/southeast up the trail (which is the Proctor Loop Trail) as it steeply climbs the crest of the northwest ridge. The trail soon reaches the top of a chairlift at a very minor bump on the ridge. This is the summit of Ruud Mountain. Bag it and continue up Proctor Loop Trail to climb Proctor Mountain.

Continue along Proctor Loop Trail as it drops 10 feet to a minor saddle then climbs steeply southeast then east to Point 7252. Continue east on Proctor Loop Trail as it descends east 100 vertical feet to a minor saddle then follow the trail as it heads diagonally right/southeast then diagonally left/northeast. The trail skirts past a few ridge humps. The true summit of Proctor Mountain is the rocky, elongated ridge crest dead ahead. The trail ascends to skirt the left/west side of Proctor Mountain and crosses a minor shoulder where the trail reaches its crest.

Leave the trail here (only 300 vertical feet from the summit) and bushwhack southeast up a steep slope of thick sagebrush to reach the summit ridge. Once on the ridge, go left/northeast over a few ridge outcrops to reach the high point, which is one ridge hump past a rocky hump (which is 10 feet lower than the high point) that has a small cairn. That rocky, cairned hump is NOT the true summit of Proctor Mountain. The true summit is a rocky, ridgeline outcrop that is clearly the high point. It has no summit cairn and doesn’t seem to see too many visitors, given that the off-trail bushwhack is not a fun endeavor. 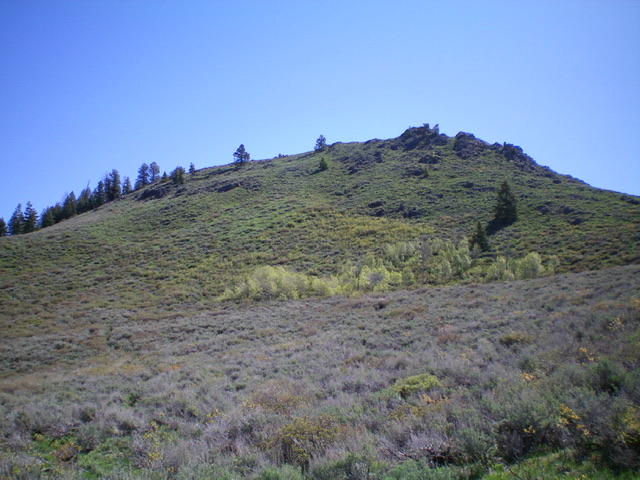 The USGS topo map fails to show most of the Proctor Loop Trail but the Sun Valley Trail Map (Adventure Maps) does show it all, so pack both maps with you to do this combination trail/off-trail adventure. Proctor Mountain is in the Sawtooth National Forest and much of the trail hike above Ruud Mountain is on National Forest land. 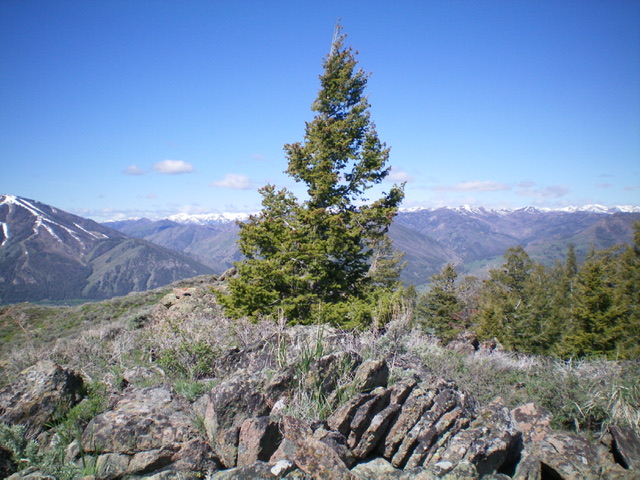