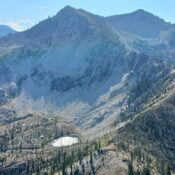 This peak is not in the book. Jared ventured into this extremely remote section of the Sawtooth Wilderness climbing Big Buck Mountain, Peak 8662 and Smoky Peak in an epic journey. His trip report is set out below covers his journey from Big Buck Mountain to Smoky Peak. See the Big Buck Mountain page for the first part of the journey, Published August 2022

Smoky Peak is located on the west side of the Sawtooth Wilderness due east of Big Buck Mountain. USGS Nahneke Mountain 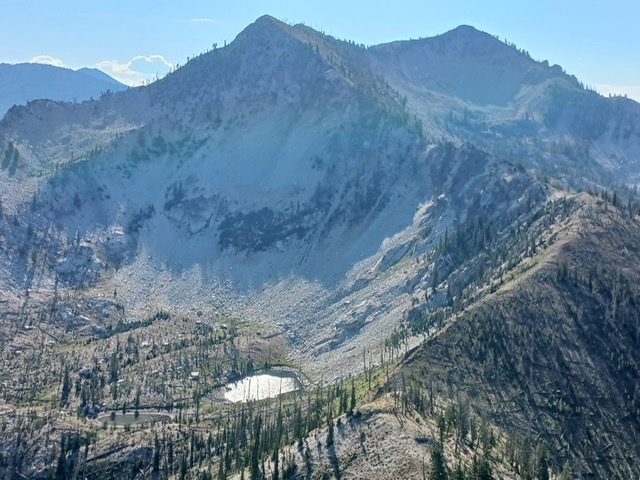 Descent from point 8662 looking down to the small lake and connecting ridge to Smoky Peak. Jared Empey Photo

From Peak 8662 you get your first good view of the true test that lies ahead and the ruggedness that makes up this remote objective that is Smoky Peak.

I quickly descended the connecting east ridge from point 8662 to about 8200′ with a small lake below the ridge. This lake may be a lifeline in case you run out of water. It is easy to access, so take advantage if needed.

Next, ascend the ridge and enter the most rugged section. I counted six towers blocking the path to the lower north summit. Towers 1, 2, 5, and 6 can be bypassed but 3 and 4 must be climbed. Tower 3 is class 3 but requires you to go across a knife edge ridge. Tower 4 requires hard class 3 climbing and could arguably be rated class 4. 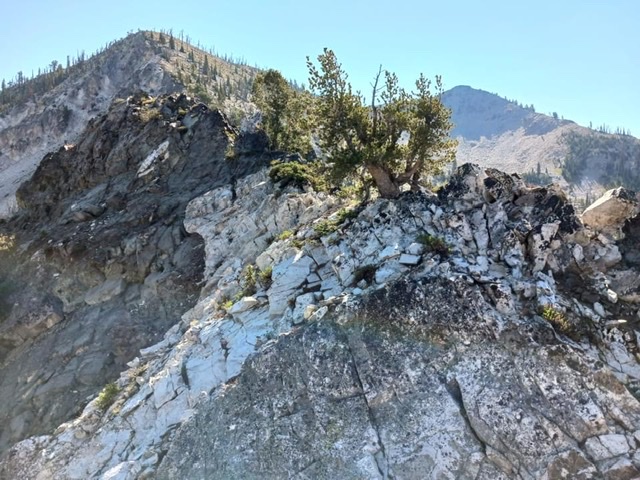 After navigating the towers, ascend to the north summit at 9161′. The final summit block is class 2+ if you go on the righthand side. From the summit great views unfold of the Western Sawtooth Range. Perhaps never before climbed Edaho Mountain looms close with the mysterious Rakers dazzling up close. Then, other peaks such as Anderson Peak (9705′), Tackobe, and Picket were also visible. 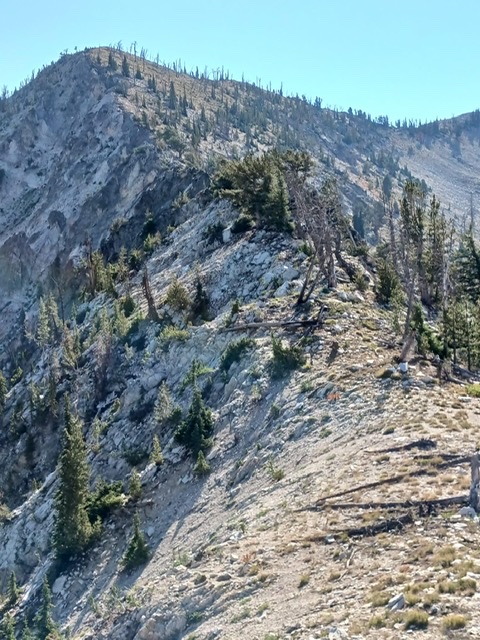 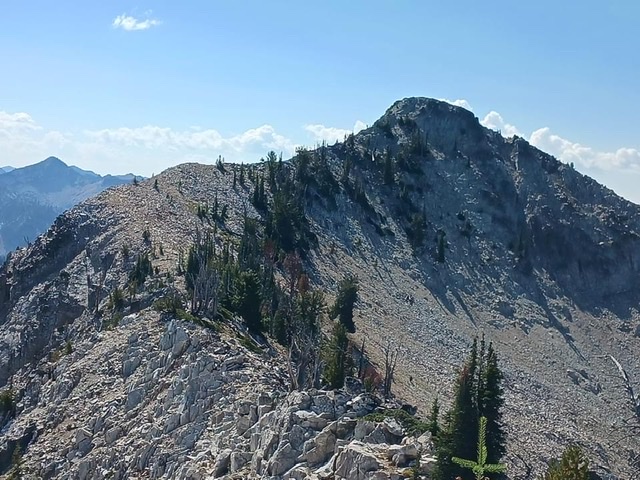 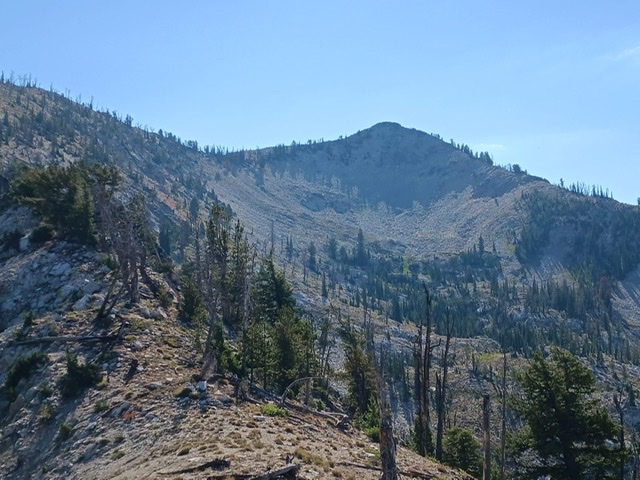 This one was so exerting, I let out two “Wahoo!” yells from the summit in honor of Erik Pohlmann’s videos that inspired me to get into hiking after my son’s passing five years before. 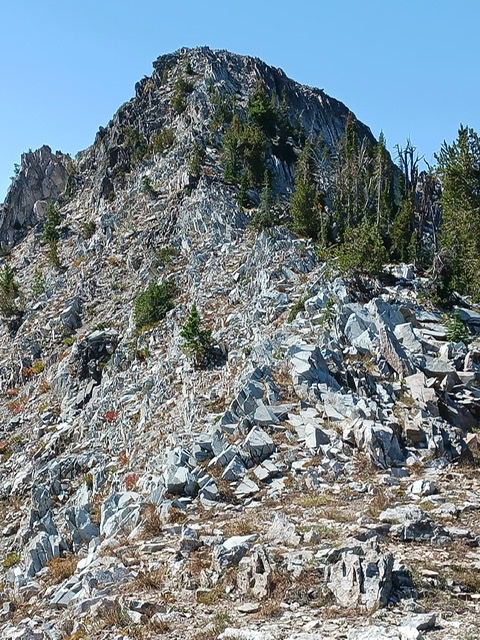 Also, on top I noticed the extreme remoteness of the area and could not detect any prior human activity at the summit or ridge, and quickly built the summit cairn. As I learned in business under review, if it is not documented it did not happen. Therefore, I wish to claim this successful climb as a first ascent of Smoky Peak!

The pleasure of summiting complete, the slog began. To conserve water, I rationed what I had and struggled up each hill and returned to Big Buck around 4 PM where I stashed one of my four water bottles. This sustained me until I was able to arrive at the North Fork where I drank to my delight. I arrived back at my ATV at about 6:30 PM tired, satisfied, and ready for bed. 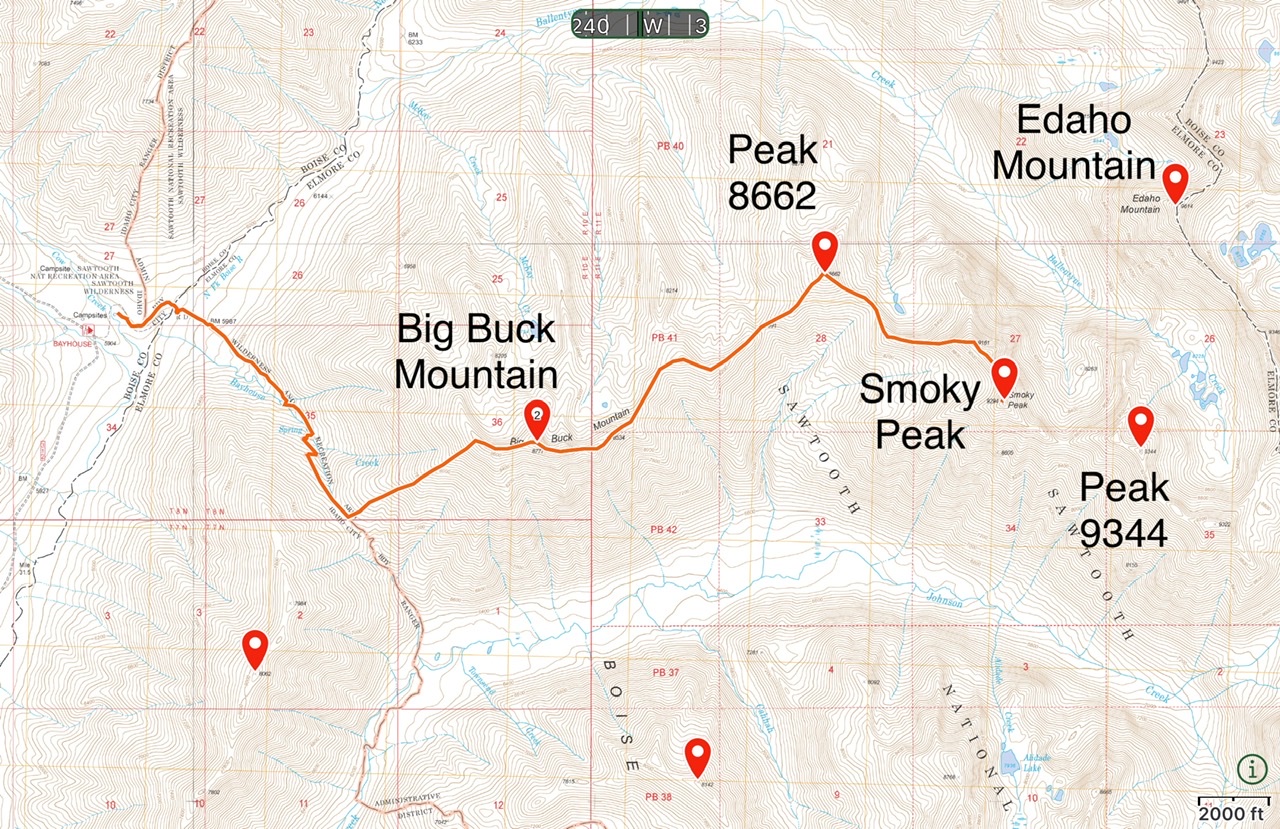 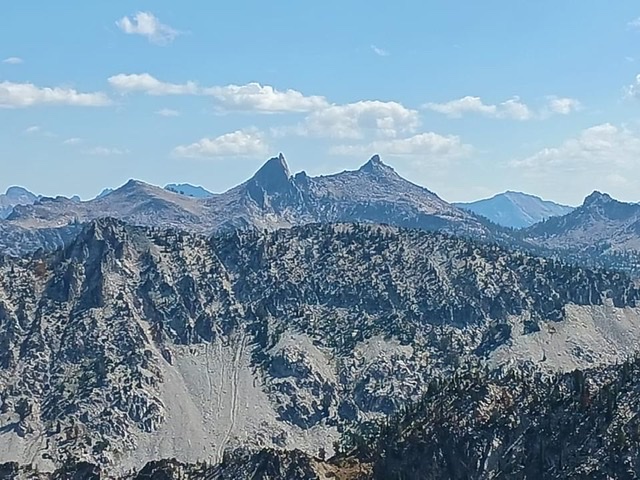 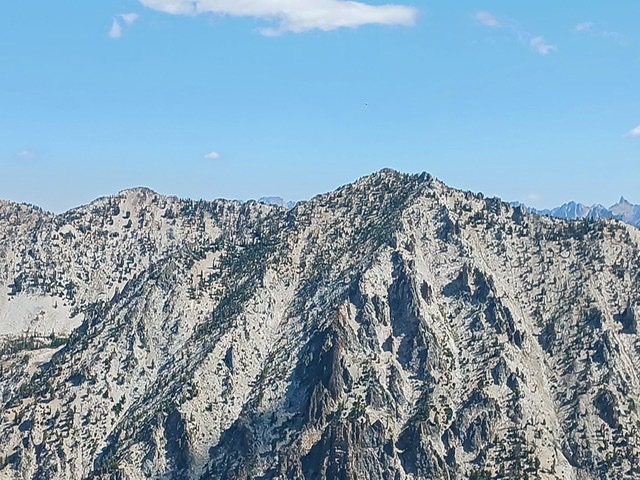 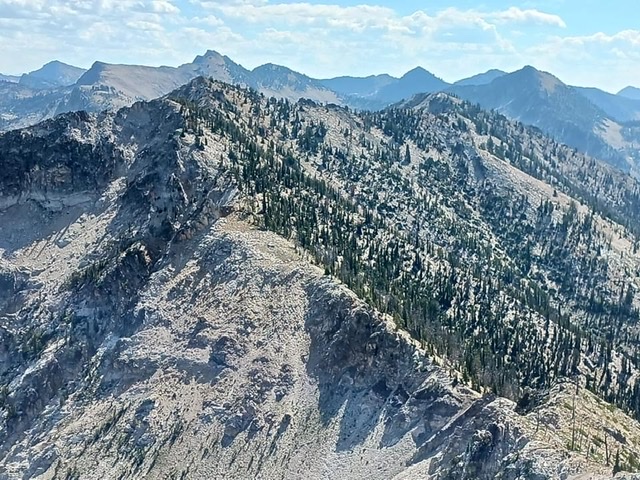 Connecting ridge between Smoky Peak and Peak 9344 to the east. Jared Empey Photo 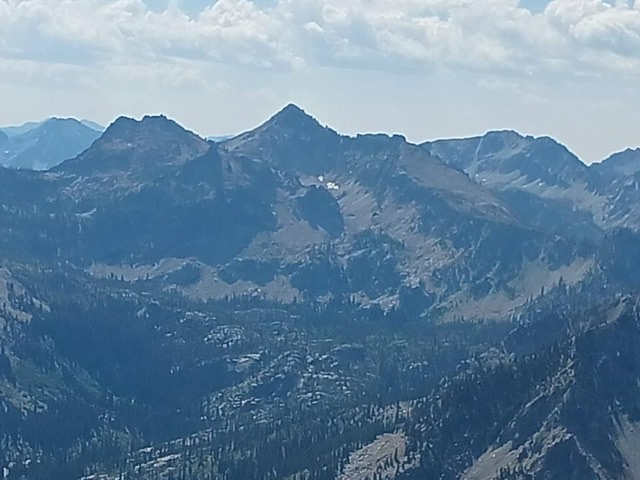 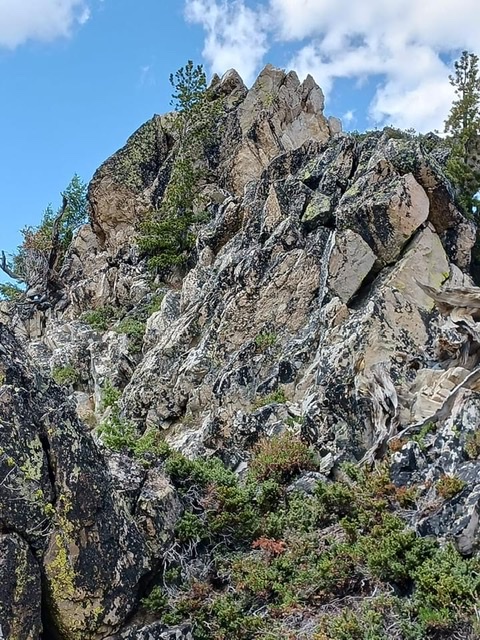