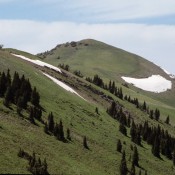 Climbing and access information for this peak is on Pages 360-361 of the book. For information on traversing Bonneville, Snow Peak and Haystack Mountain, click on this sentence. Livingston Douglas provides route information for climbing the peak via its north ridge. Updated November 2018

Snow Peak is located between Bonneville Peak and Haystack Mountain. If you follow the route described in the book, you can easily climb it on your way to/from Bonneville Peak. Check out the link above for a traverse of all three of these peaks. USGS Bonneville Peak 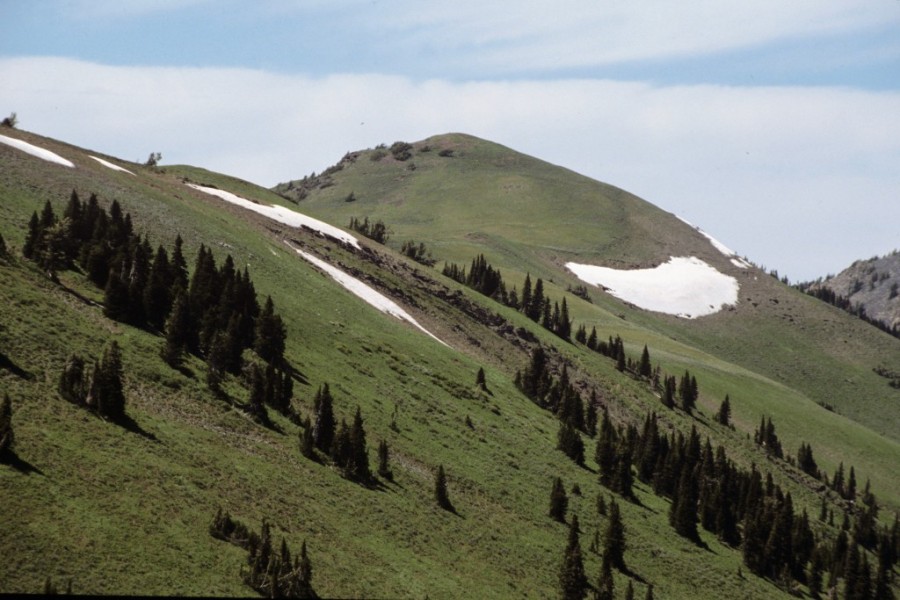 Snow Peak as viewed from its South Ridge.

Snow Peak is a gentle giant that lies between Bonneville Peak to the north and Haystack Mountain to the south.

From the 8,660-foot saddle at the base of the north ridge, follow the easy ridge southward on broken scree and short scrub/tundra to the gentle summit. The summit of Snow Peak has a nice cairn with a triangulation post in it. The east side of the mountain is a series of gentle, open scrub slopes. While there is no trail to the top, there is no need for one.