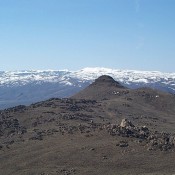 This a good peak to climb in the Spring along with its neighbor Wilson Peak. This area burned hot in 2016 and burned off most of the brush, leaving wide-open country. The ridge between Wilson Peak and Soldier Cap is studded with attractive granite outcroppings that offer a lot of untapped bouldering opportunities. The views from the ridge are rewarding. USGS Soldier Cap 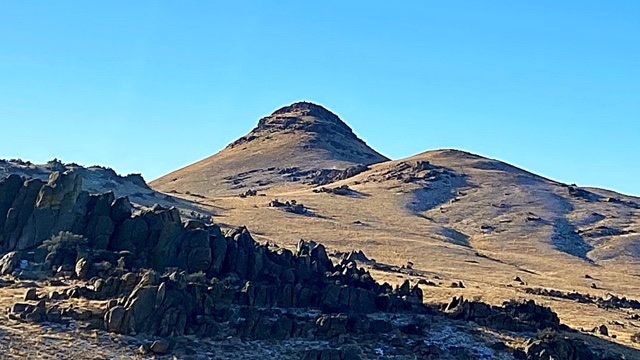 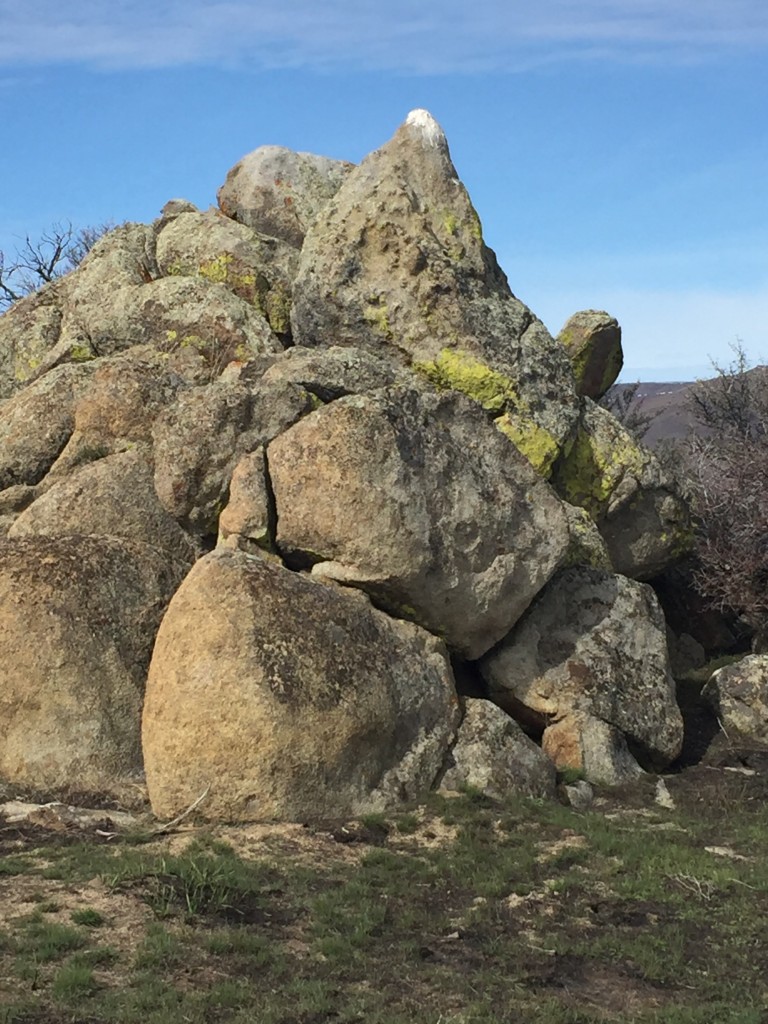 One of the many granite bouldering options found on the ridge. This one is a favorite site for raptors.

You can climb to Soldier Cap’s summit block from almost any direction but, based on access considerations, climbing the peak from the Wilson Creek Road is recommended. A 4WD road leaves the Wilson Creek Road 10.2 miles from ID-78 and climbs to the summit of Wilson Peak. Follow this 4WD road toward Wilson Peak. In roughly a mile you will reach a junction with another 4WD road. Turn onto this road which climbs to the broad saddle between the two peaks and follow the ridge to the northern base of the summit block. 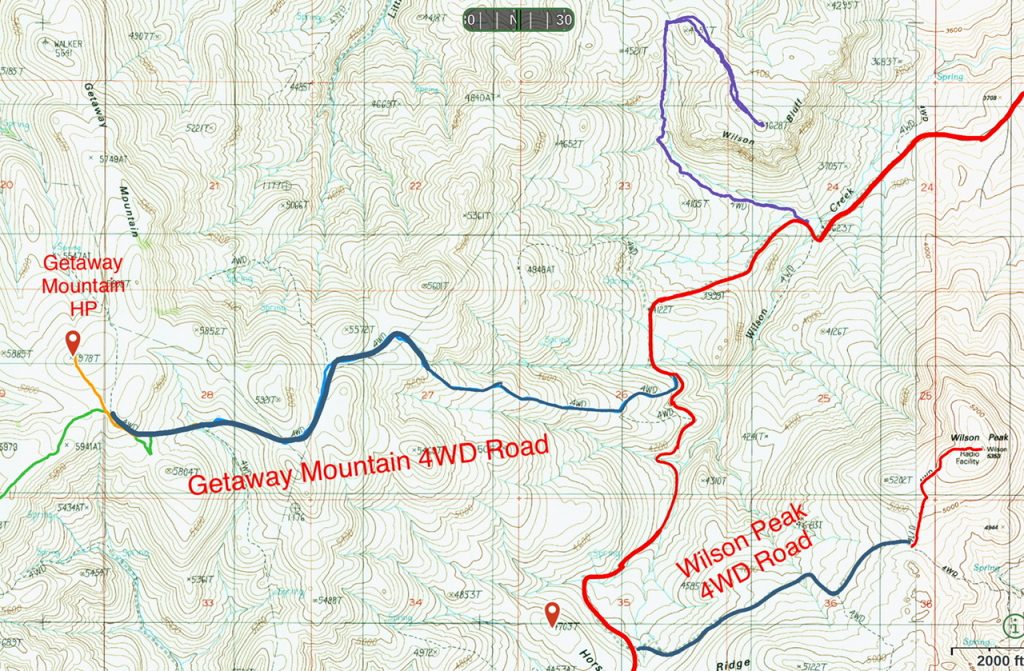 This map shows the upper section of the Wilson Creek Road (in Red), the hiking route to the top of Wilson Buff, the Getaway Mountains 4WD Road and the Wilson Peak 4WD Road. 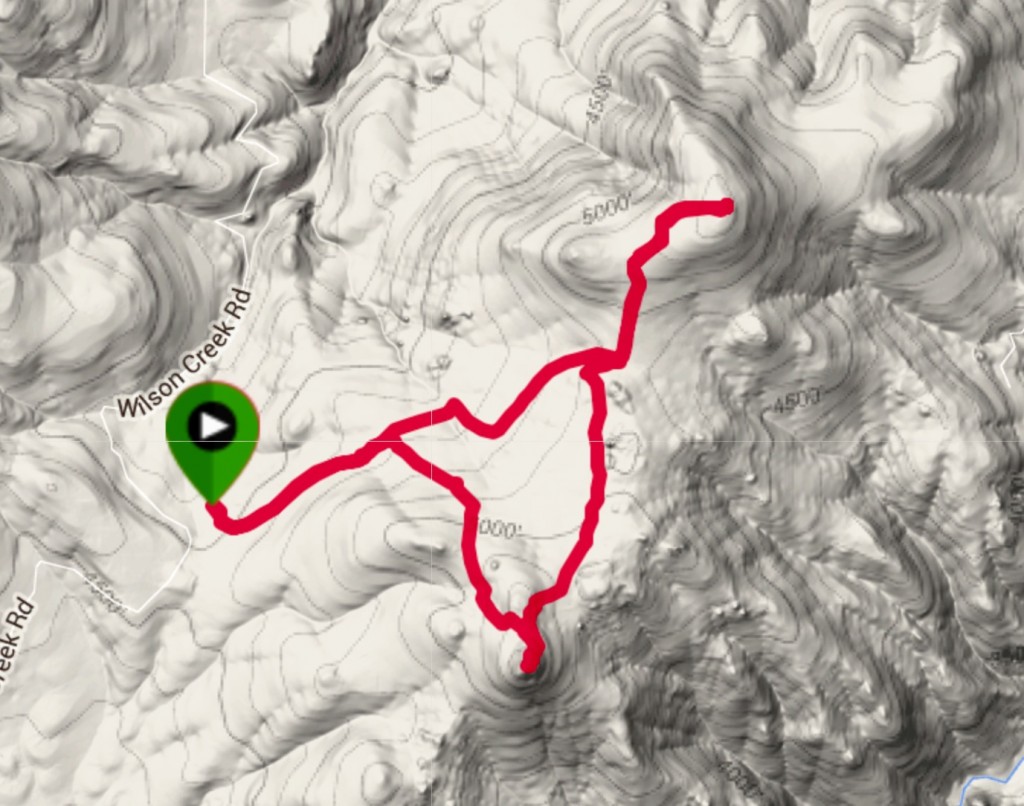 My GPS track for Wilson Peak and Soldier Cap.

The summit block is Class 2+ on its East Side. From the last saddle at the base of the northern base of the summit block, climb up to the east face at a moderate angle, aiming for a point where the solid rock formation begins. There is a 3-foot step to climb and a fairly steep ramp cutting up to the left. Climb up the ramp to a ledge which then levels off and traverses just below the base of the summit ridge. Follow the ledge until you see a large cairn. Climb another easy 3-foot step just before the cairn, turn right and walk to the summit. 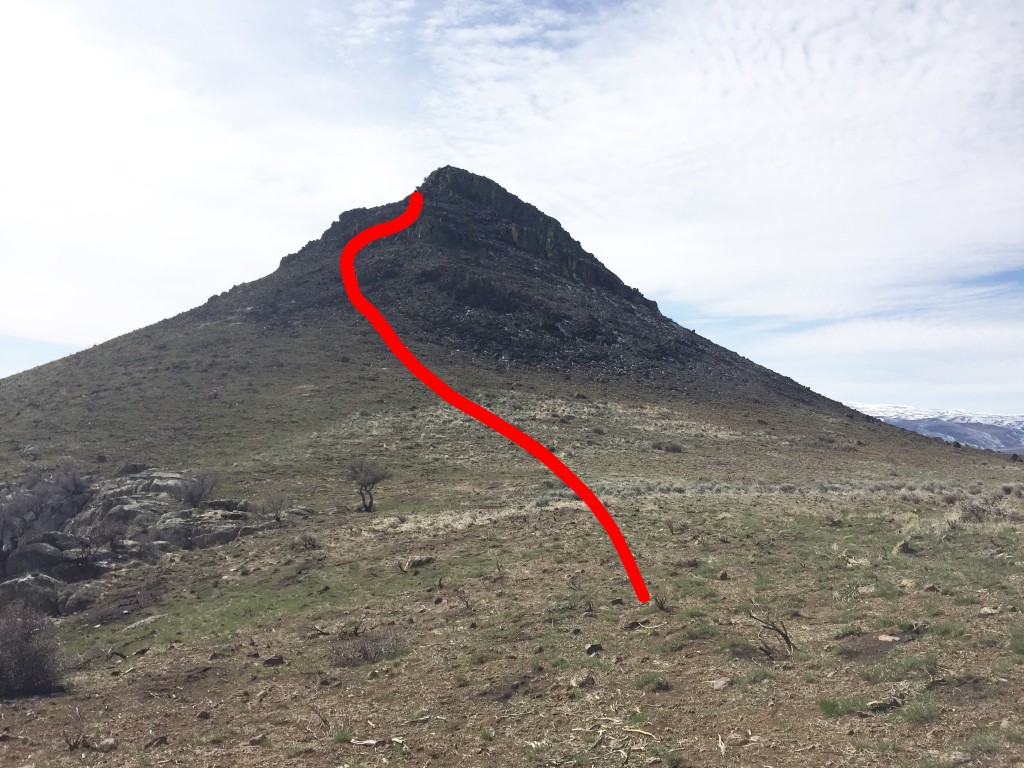 The approximate route I followed up the summit block. 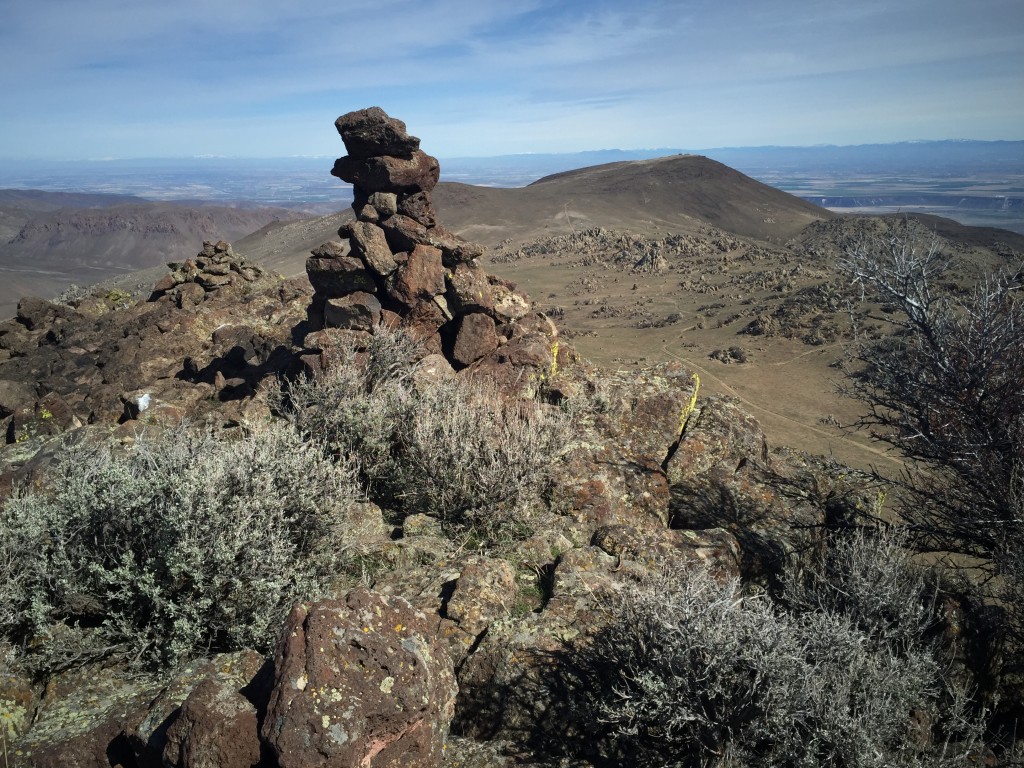 There are four large cairns on the summit ridge. This one is on the high point. There was a summit register with a new notebook as of March 2016. 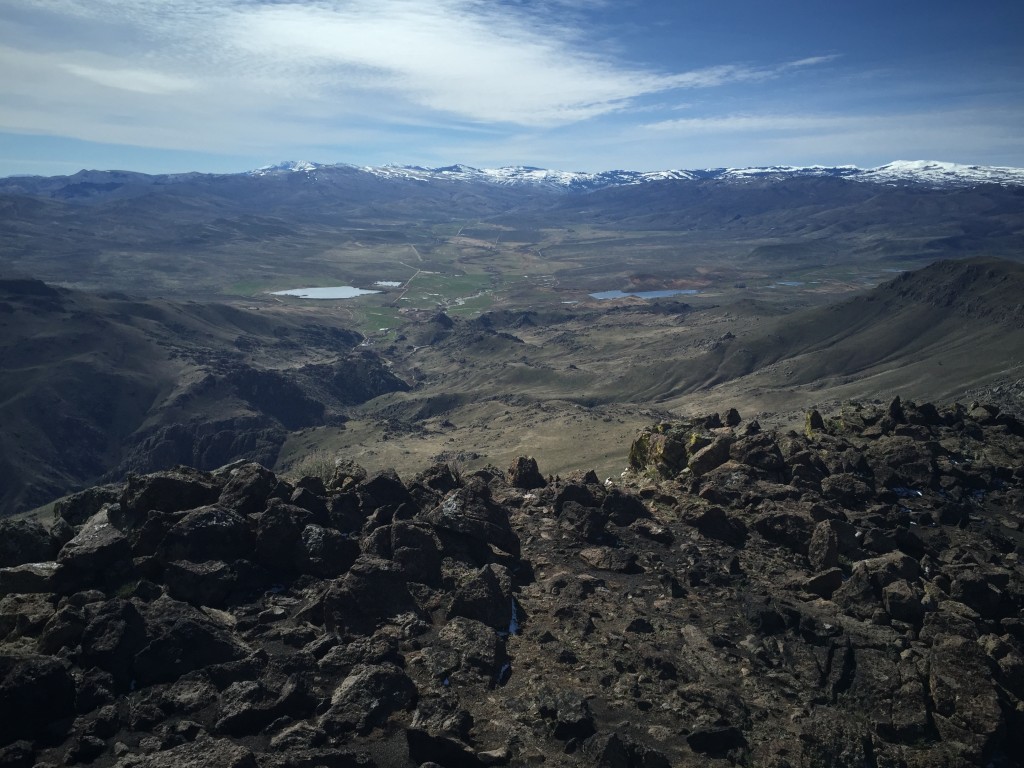 The view from the summit looking in to the Reynolds Creek drainage, with the Silver City Range on the skyline.

The Wilson Creek Road provides good access to this peak. The road makes approaching the peak possible almost year-round with a few caveats. The length of the approach will vary in the winter depending on snow depth and, as Dan Krueger reported following his January 2016 climb, road conditions can complicate the ascent:

I’ve had my eye on these peaks on the horizon for a while, found them on your website and followed the link to Dan Robbins’ site. I followed his very good directions and climbed them this past weekend. There was only a few inches of snow on these peaks and it was a very enjoyable hike (no snowshoes required). I was a little disappointed after reading on Dan’s site that Soldier Cap was Class 3. I was looking forward to that, but I’d say its more like Class 2 with one Class 3 move – simple, even in the snow. These peaks are definitely climbable year-round.

The main reason I’m writing this is to point out the condition of Wilson Creek Road. I drove out in the morning and it seemed like a simple drive on a dirt road. Well, that’s because it was FROZEN. When I arrived back at my truck at 2:00PM, the road had thawed into a muddy mess that was nearly impassable and almost got me into a lot of trouble. My truck is a 4WD with traction/stability control and even driving very slowly I nearly slid off twice. I eventually made it back, but I felt more scared driving that road than free climbing Class 4 Castle Rock. Lesson learned. I don’t know if you will be doing any updates to your site, but if you do, a word of caution about Wilson Creek Road would help potential climbers avoid possibly serious trouble. 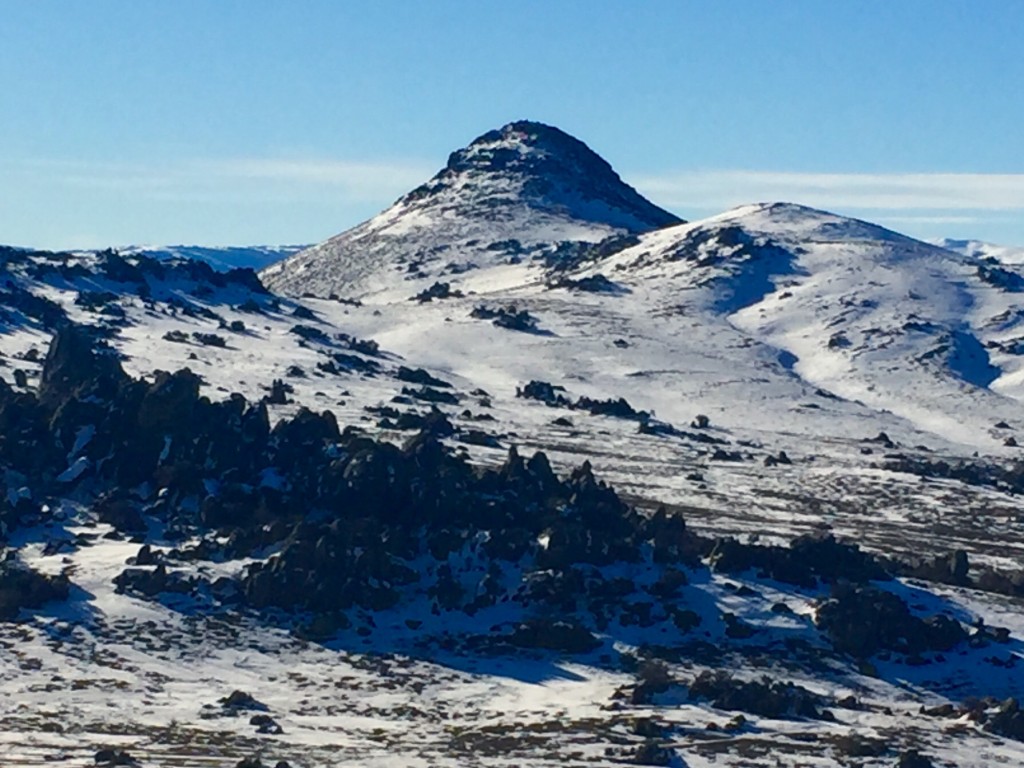 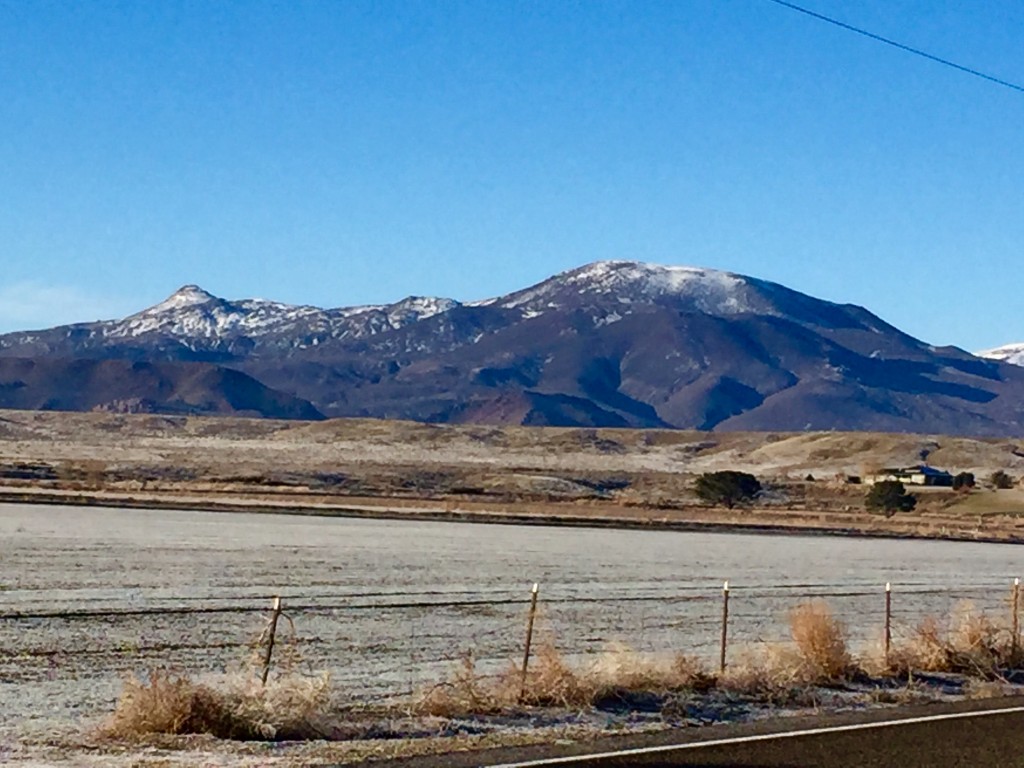 Soldier Cap and Wilson Peak as viewed from the valley. Dan Krueger Photo

See Dan Robbins’ trip report for directions to this peak. 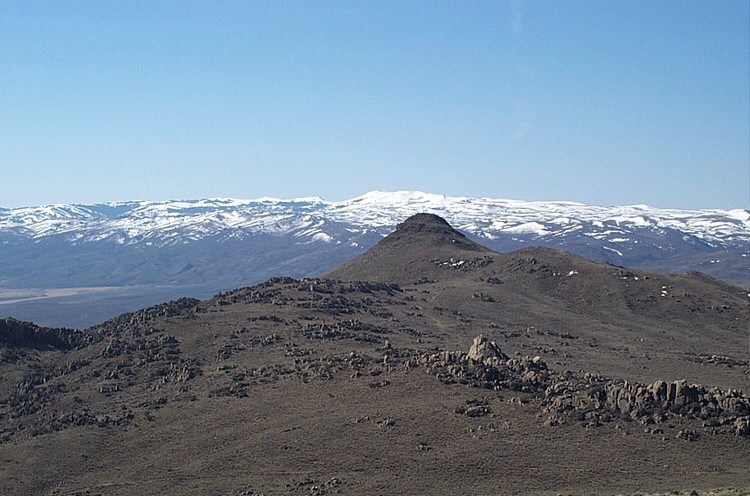