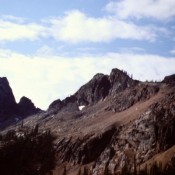 The Tango Peaks are on a North-South Ridge found in the southeast corner of the Eastern Salmon River Mountains NNE of Stanley, Idaho. The Tango Peaks include Mount Loening, Last Tango Peak, Cabin Creek Peak and Red Mountain. Additionally, there is an unnamed peak comprised of 3 dark rock towers that I call the The Black Tower that, as far as I know, have not been climbed.

Cabin Creek Peak involves a technical ascent and has only one reported ascent by Paul Bellamy, Dana Hansen and myself. The Tango Peaks are discussed on Pages 129-131 of the book. The name of the ridge is not official and was adopted from Sheldon Bluestein’s original Idaho hiking guide which is long since out of print. The Tango Peaks are accessible from several trailheads and include a few beautiful lakes with good fishing. 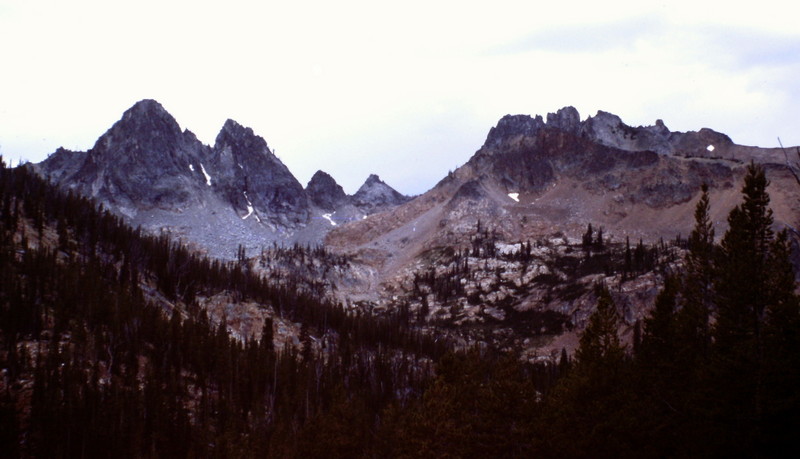 Looking south toward the Crimson Lake Cirque. The Black Towers are on the left and Cabin Creek Peak is on the right. 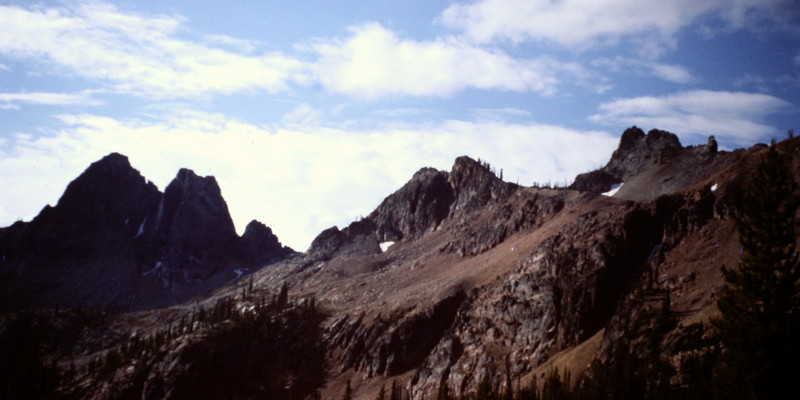 A wider shot of the same area. 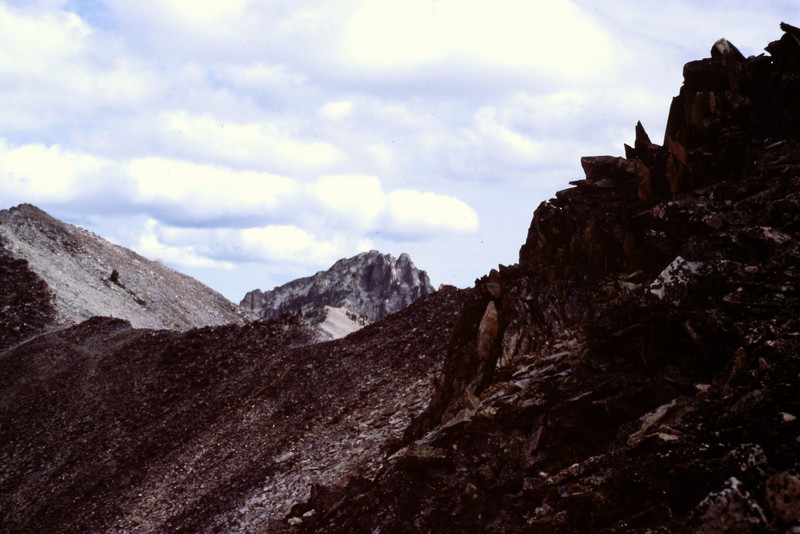 The crest of the Tango Peaks looking north. Mount Loening is in the middle. 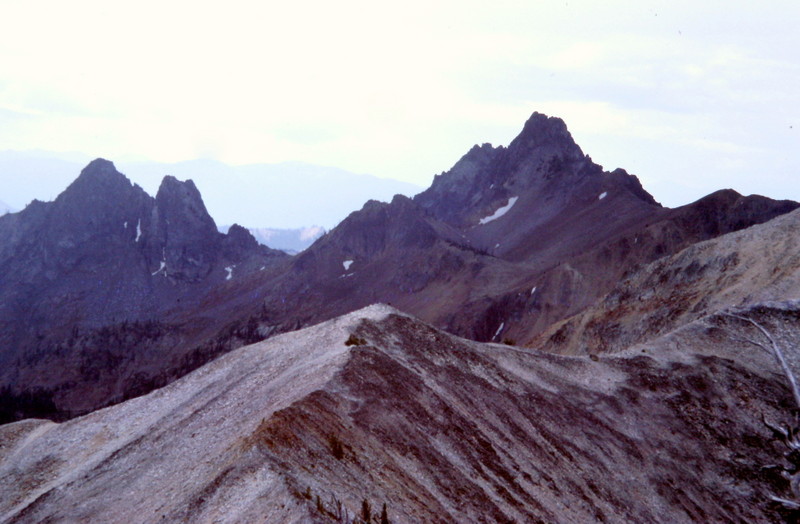 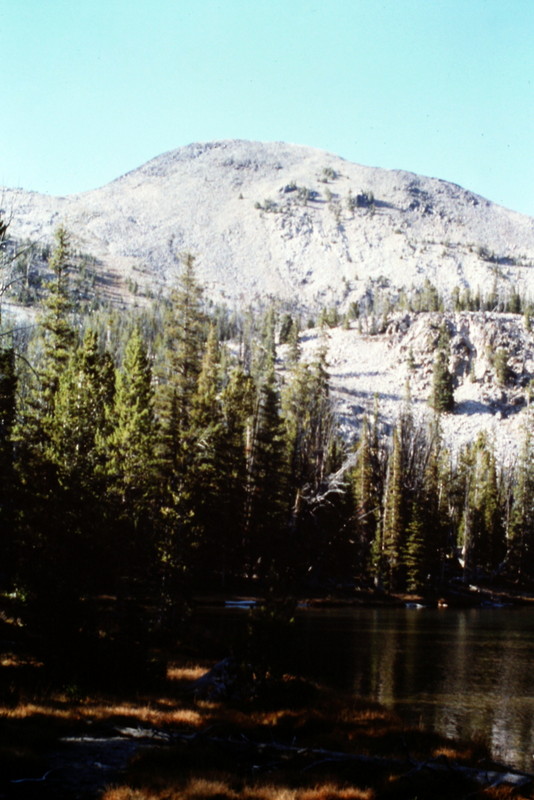 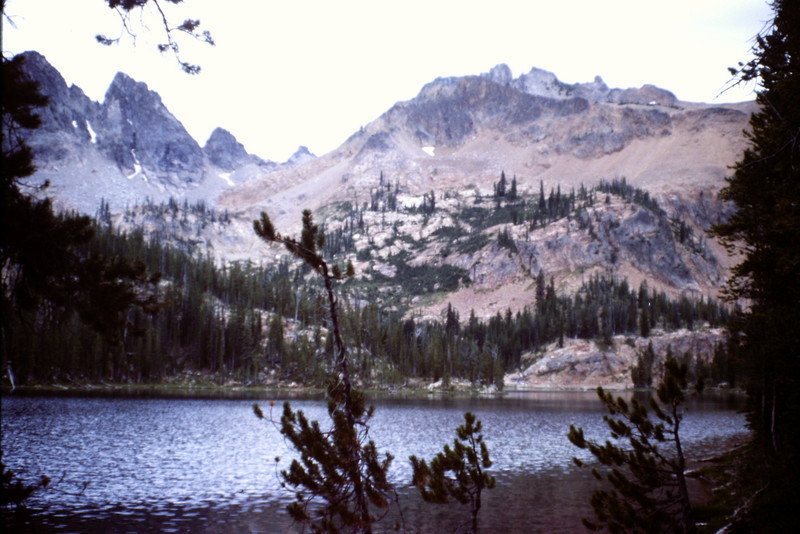 Crimson Lake receives my vote for Idaho’s most beautiful lake.