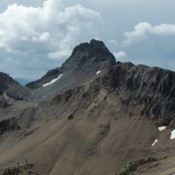 Climbing and access information for this peak is on Pages 130-131 of the book.

One of Idaho’s true hidden treasures, Cabin Creek Peak has only one known ascent. It is located NNE of Stanley, Idaho on a ridge line sometimes identified as the Tango Peaks. USGS Knapp Lakes 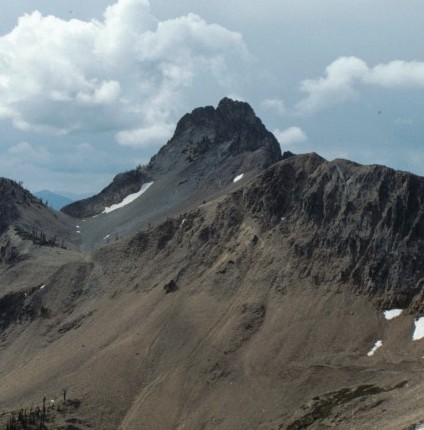 Paul Bellamy, Dana Hanson and I made the first ascent of the peak on August 8, 1988 via the East Face. This face is cut by 3 gullies. With Paul leading, we climbed the southernmost gully. The route started out to the right of the gully on a small buttress and then moved up and to the left for one and a half pitches. Class 5.3. The rock on this face is fine-grained granite with cracks that took small and mid-sized protection. 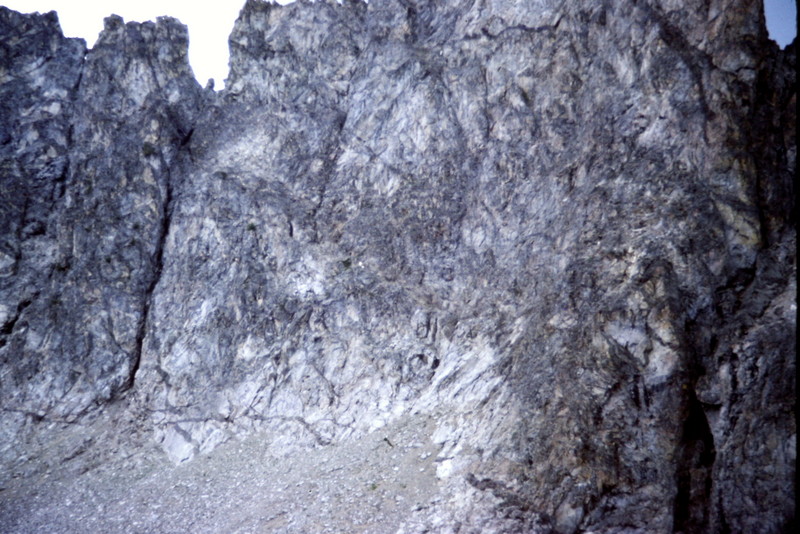 The lower East Face of Cabin Creek Peak. The first ascent starts just to the right of the southernmost gully on the face. 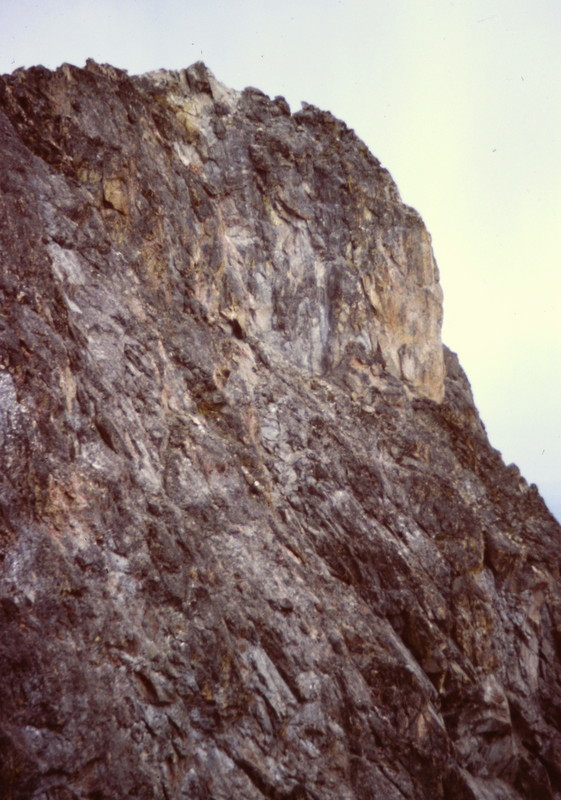 The mid and upper portion of the East Face. 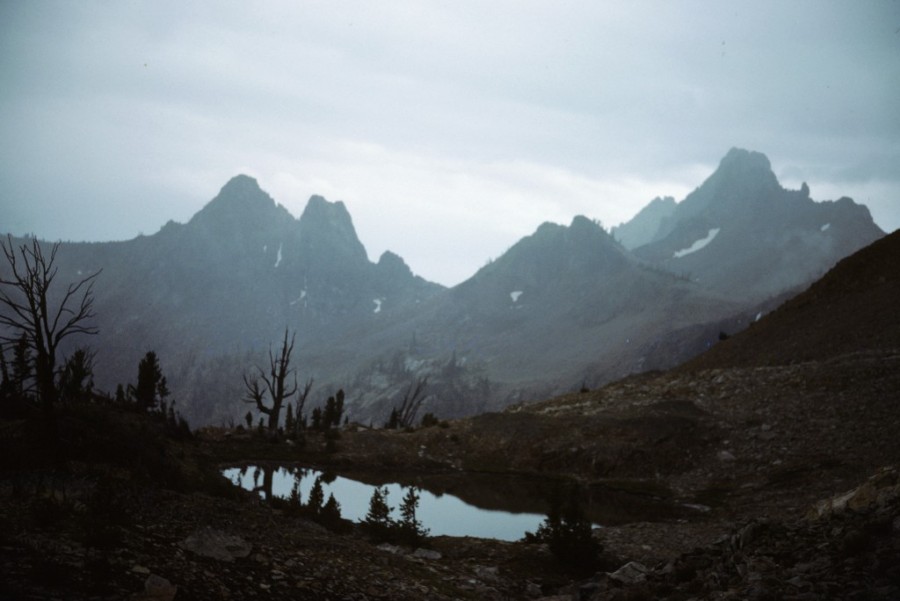 The Cabin Creek area on a rainy afternoon.

Next: Skiing the Rim Road Around Crater Lake 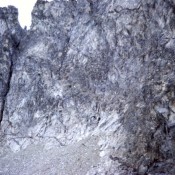 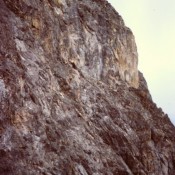