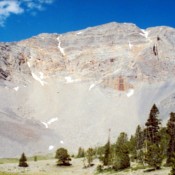 Climbing and access information for Trinity Peak is on Page 267 of the book. Livingston Douglas has provided additional information on the peak’s south ridge and Brett Sergenian climbed the peak’s east ridge. Updated 2019 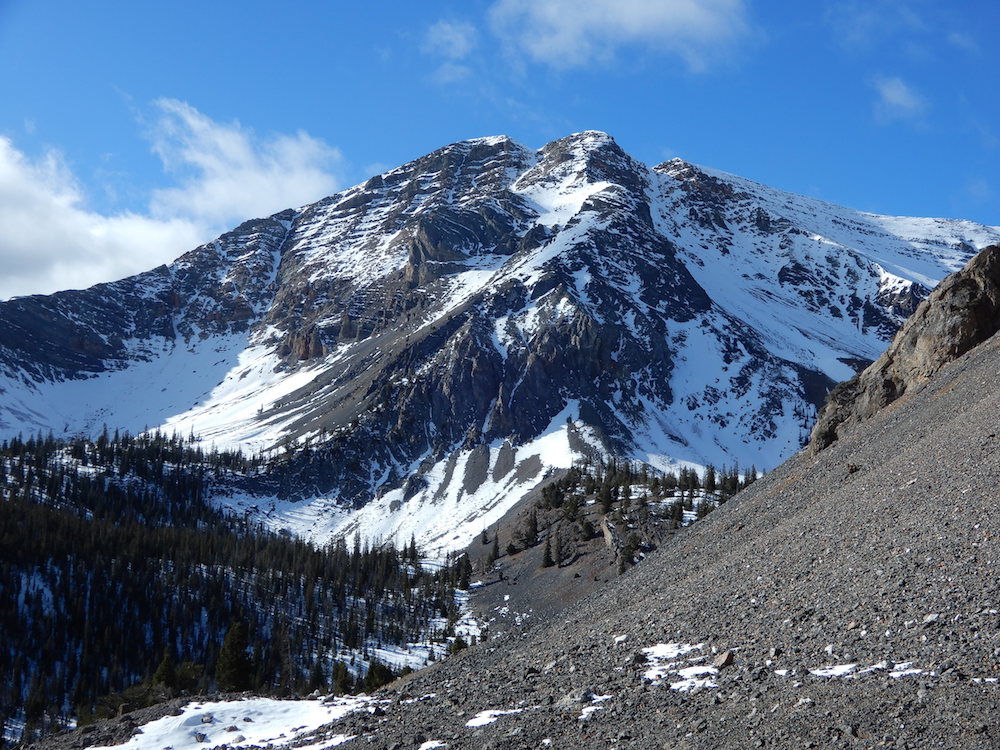 The peak has three high points (hence the name “Trinity”). Livingston Douglas points out that:

“Trinity Peak has three high points on the narrow ridge that is its summit area. The Grouse Creek Mountain quadrangle puts them all at 11,040+. So which one is highest? If you climb the southeast ridge, you’ll first reach the south summit. The south summit has two ridge points approximately 100 feet apart. These two points are very close in height. My Suunto altimeter, which expresses altitude in 10-foot increments, found them to be of equal height. Visually, however, the northernmost of these two points is slightly higher.

“My conclusion is that, of the three points of ‘equal height,’ the middle one is highest and is the northernmost of the two points on the south summit. It lies about 100 feet north of the southernmost point on the narrow summit ridge crest. There were no cairns on any of these ridge points.“

Livingston Douglas made the first known descent of the peak’s south ridge in 2014 as part of a ridge traverse from Trinity Peak to Hope Peak. His route is set out below. 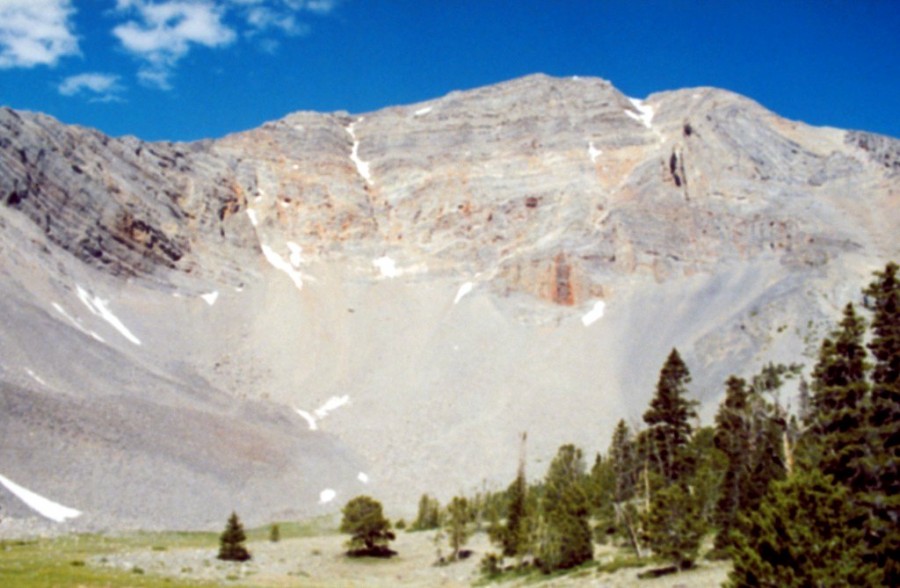 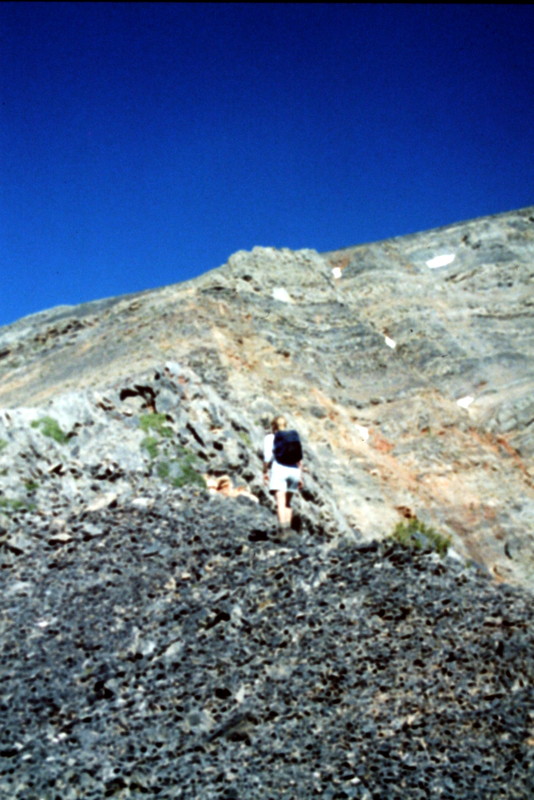 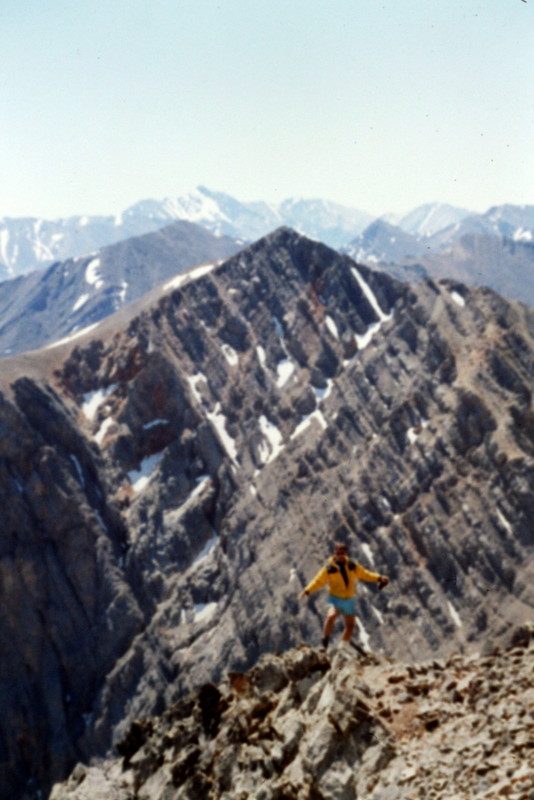 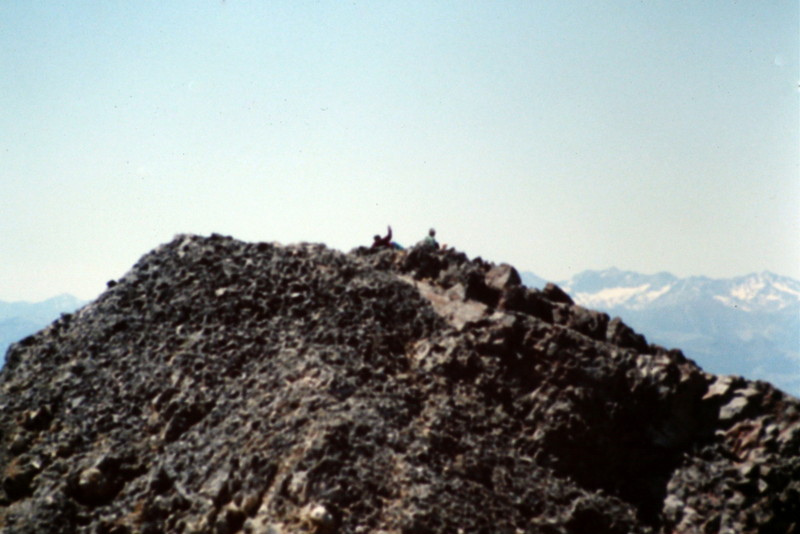 The summit of Trinity Peak.

This is the first leg of a ridge traverse from the summit of Trinity Peak to the summit of Peak 11010/Hope Peak. See the northwest ridge route of Hope Peak for a complete description of this traverse. The south ridge is easy Class 2 on broken scree. Goat trails will help you on this route. The south ridge begins at the 10,460-foot saddle just N of Point 10721. It ends on the true summit of Trinity Peak, which is the northernmost of the two ridge outcrops that comprise the south summit area of the peak.

According to my map, I could reach the east ridge a couple miles from the end of the road. After going around a small lake, I decided to gain the ridge to avoid loose scree to the west. Just below 10,000 feet, I navigated around some snow before following the snow-free ridge. There were a few sections where I had to use my hands for balance, but it was easy climbing to the ridge. The traverse between the two peaks looked relatively easy, except for one section below the summit. I decided to play it by ear. Once at the middle summit, I was not sure if I was on the high point so I wandered over to the north summit. According to my phone, it was 15 feet lower. 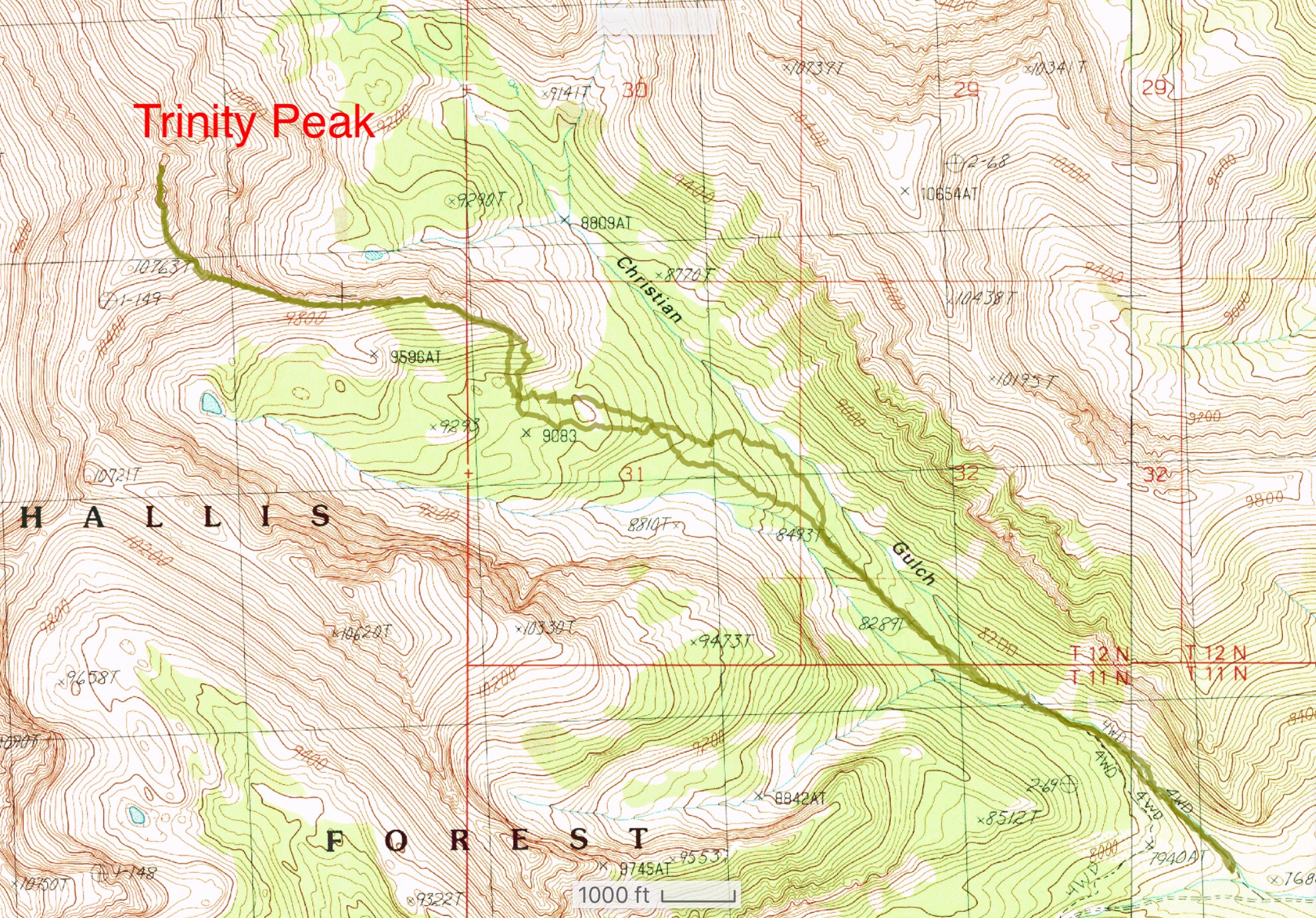