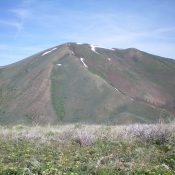 Vue Benchmark is the highest peak located on a massive ridge that separates Martin Canyon from Slaughterhouse Creek. This is a big mountain with another ranked summit on its LONG Southwest Ridge (Peak 8301). The easiest ascent route is from Martin Canyon Road and the Southeast Ridge. Most of the Southeast Ridge has a “dozer line” gouged out of it. It isn’t pretty, but it sure gets rid of the scrub and brush, at least for a few years. It is rocky and loose, particularly on the steeper sections of the ridge. USGS Baugh Creek SW 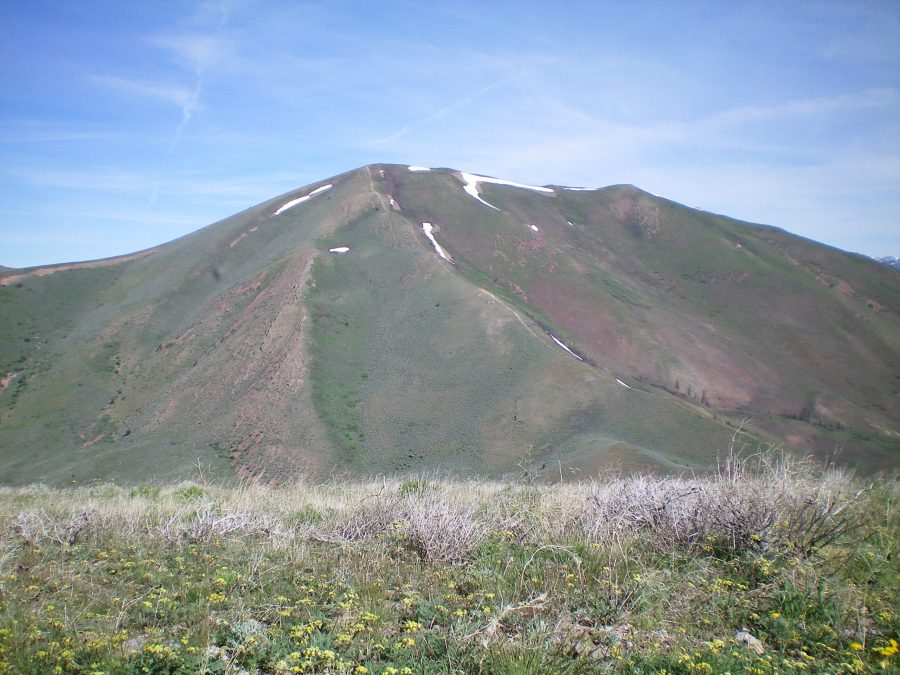 Vue Benchmark (summit is just left of center) viewed from the south. The Southeast Ridge goes from the lower right of the photo up to the summit, with the “dozer line” visible. Livingston Douglas Photo

Same as for the Southeast Ridge Route of Peak 8301. This route is the final leg of a ridge traverse from Peak 8301 to Vue Benchmark.

From the 7,380-foot connecting saddle, scramble E then NE up the rounded, ill-defined ridge through sagebrush to reach the summit area. High up, the scrub shortens and becomes much easier. The summit of Vue Benchmark has 2 USGS Benchmarks in separate ground boulders. There are also some triangulation wires nearby.

Same as for the Northwest Ridge Route. This route is the first leg of a ridge traverse from Vue Benchmark to Peak 8074.

There is a “dozer line” that heads from the summit all the way down the Southeast Ridge to Point 6902. The “dozer line” not a road. It’s churned-up ground, so it’s quite loose and rocky. It requires care in descending it, particularly in the steeper ridge sections up high. From Point 6902, descend S through somewhat-thick sagebrush to reach the saddle at the head of Martin Canyon and the Martin Canyon Road which crosses the saddle. 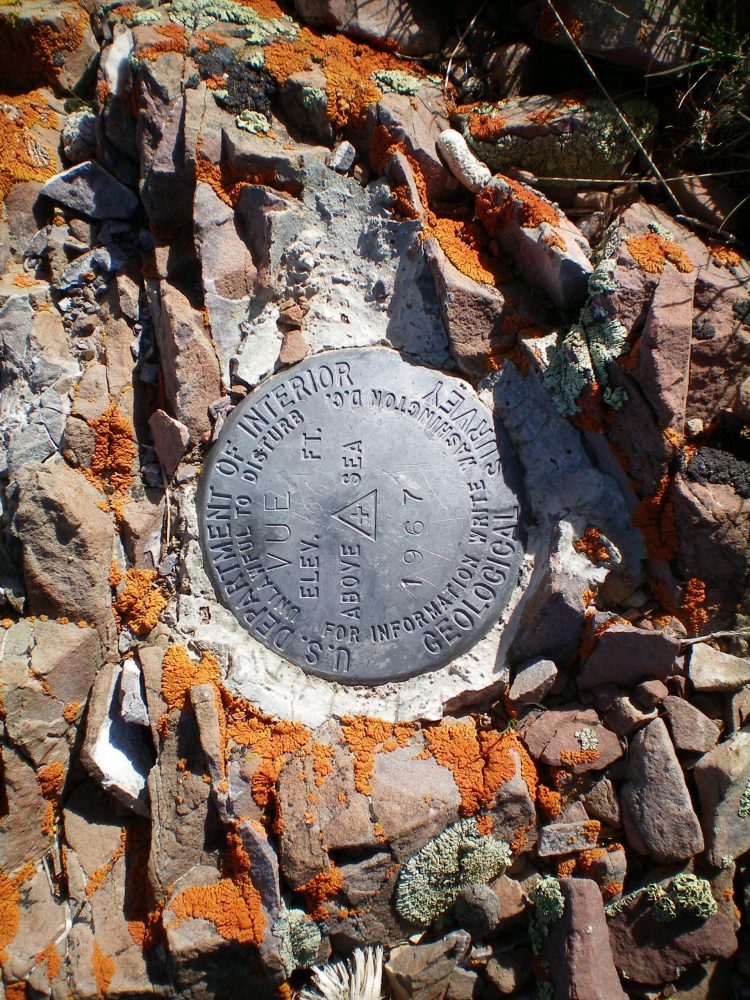 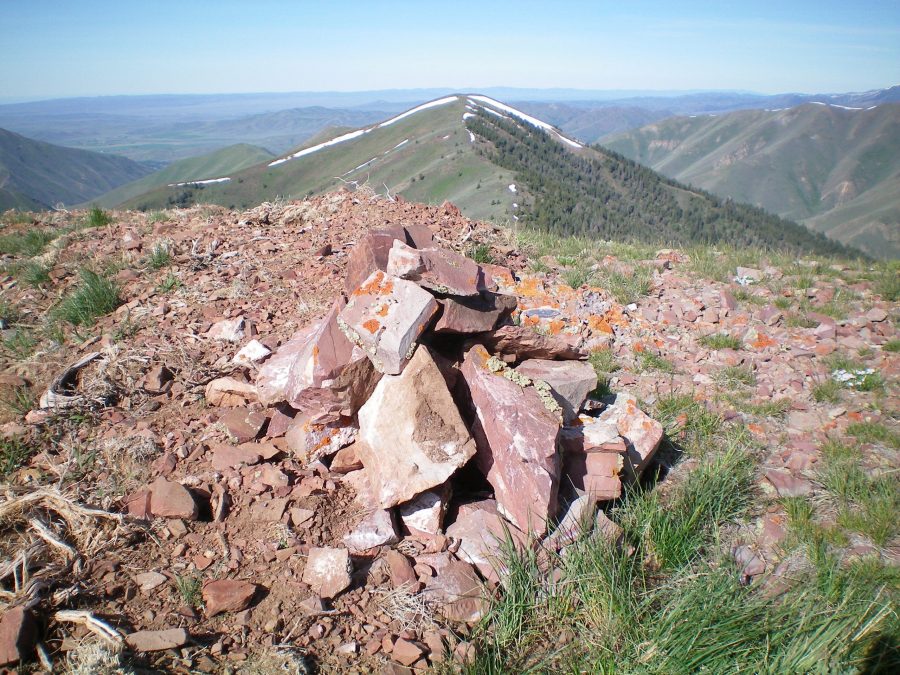